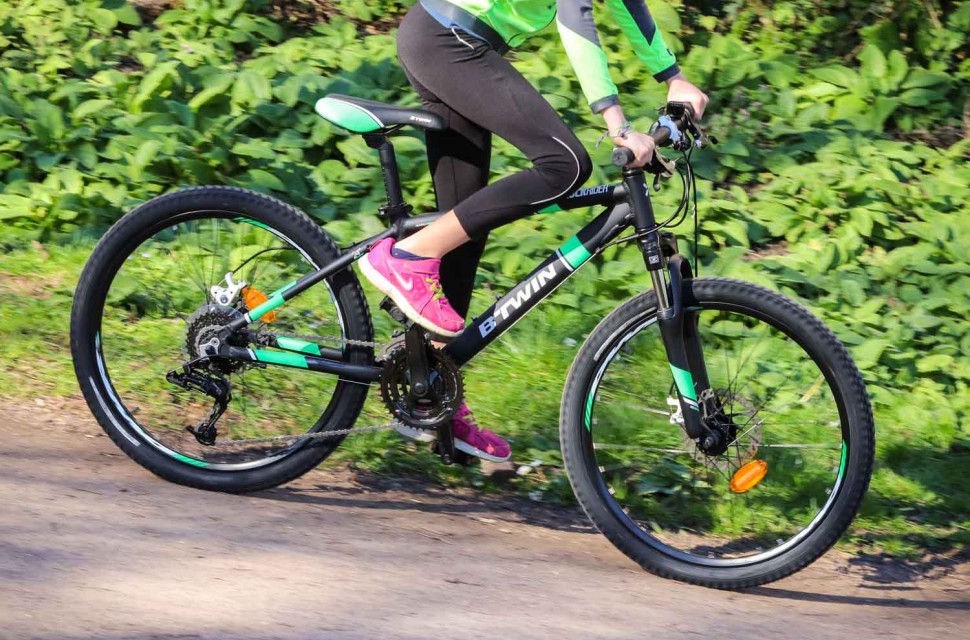 For the money, B’Twin’s Rockrider 700 is a good 24" kids all rounder offering some decent kit, plenty of gears and geometry designed specifically for children. Quite how they’ve managed to make it so heavy though is intriguing.

When it comes to children’s bikes getting the fit right is key and this is why we’ve seen brands like Islabikes and Frog to name a couple, flourish. If the kid feels comfortable and in control of the bike, then they are going to ride it and continue to do so. 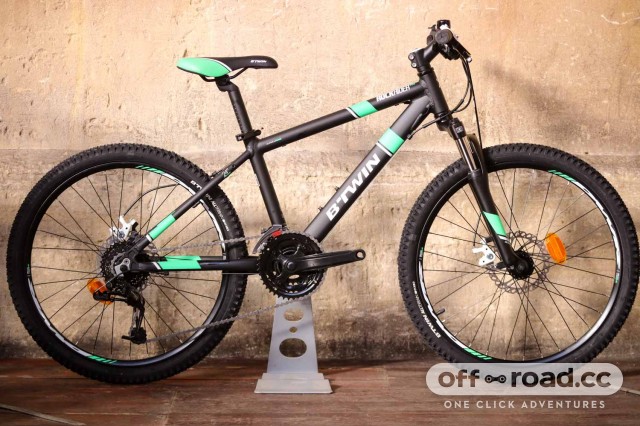 Thankfully this is something that B’Twin have nailed as our ten-year-old tester Libby felt totally at home on the Rockrider 700 from the first pedal stroke and it has pushed her to take on more challenges and the odd risk when out on the trails. She said that the handling was easy to live with, neutral enough to not through up any surprises but still fun in the twisty bits. The long wheelbase also adds to that stability too and the other thing Lib liked was the heavily sloped top tube giving plenty of clearance height wise if things went wrong. 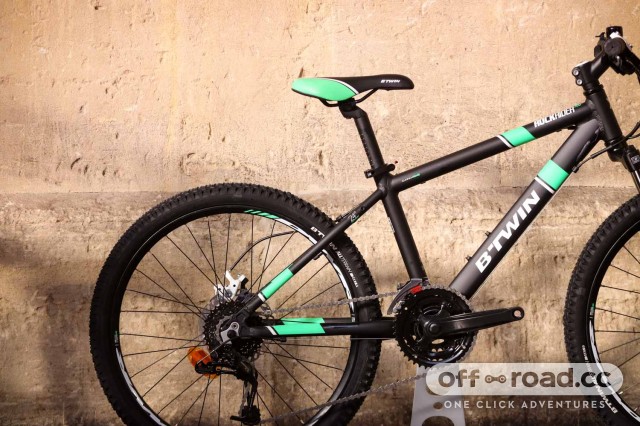 Even with the fit sorted though I (dad and road.cc tester Stu Kerton) did have reservations about how she was going to get with the 13.71kg (30.2lbs!) weight especially when things got technical as she is quite slight in build. Overall though things worked out quite well though on the majority of the terrain.

Even with the Suntour fork adding to the bulk the majority of the weight feels to be concentrated around the rear of the bike so Libby felt the front end quite easy to move around especially when the ground was dry and compact. The fork is a bit on the clunky side, there is no real control over the damping and the whole thing just feels a bit on/off. Realistically only having about 45mm of travel the rider can’t really just smash it over rocks and tree roots so being able to pop the front wheel off the ground is definitely a bonus, but not a necessity, if riding this bike.

There could be some thought given to speccing the bike with a lighter, rigid fork and using larger tyres but seeing as the weight seems to be in the rear of this bike, Libby says she thinks having the suspension fork is the slightly better option as she reckons even that small amount of travel gave her more control over the bumps and tree roots, especially at speed. 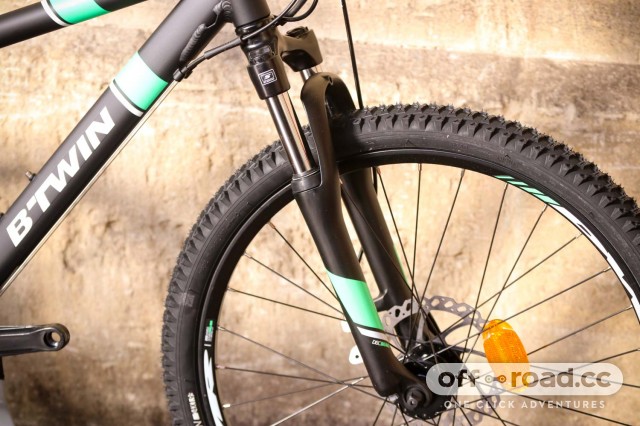 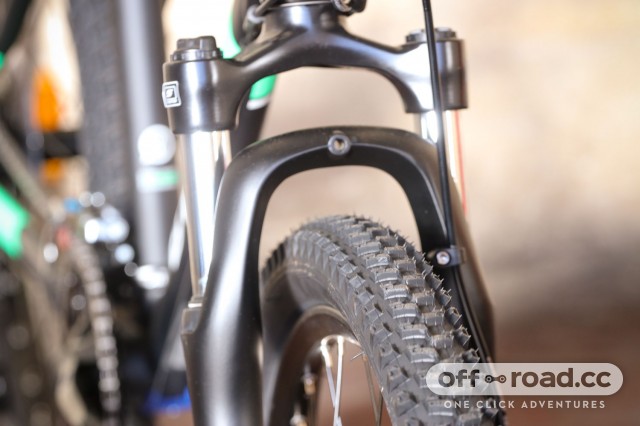 When it comes to climbing though things are a bit more of a struggle as that weight can really take its toll on little legs, I often saw Libby walking up inclines that she’d normally just fly up on her cyclocross bike, albeit they are totally different bikes, you'd like to think you could ride up most things on any mountain bike with a twenty-four speed groupset. 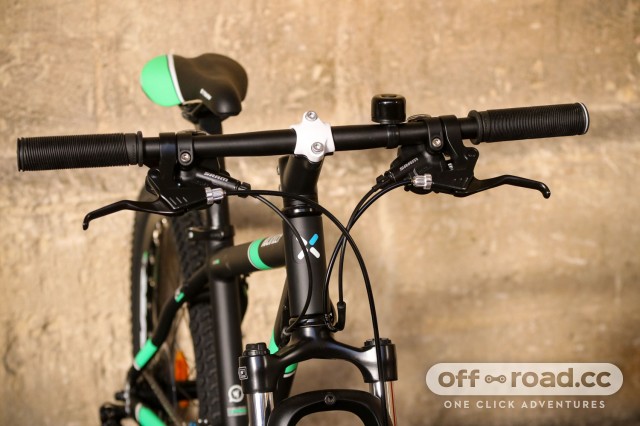 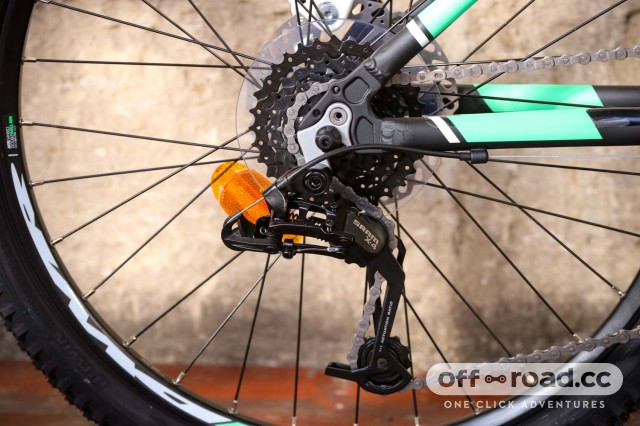 It’s a mish mash of parts based primarily around Sram’s X-4 rear mech and trigger shifters which work well for young hands even if the pressure needed to shift from smaller to larger chainrings is quite the push. The generic triple chainset comes with a 44-34-24 toothed rings paired to an 11/32 eight speed cassette so it is quite a useable range, the large chainring isn’t going to see a whole lot of wear mind. Young children have a habit of leaving it in one gear and just spinning their legs accordingly, so you’ll need to make sure they are utilising all of the ratios or they are going to get very tired very quickly. 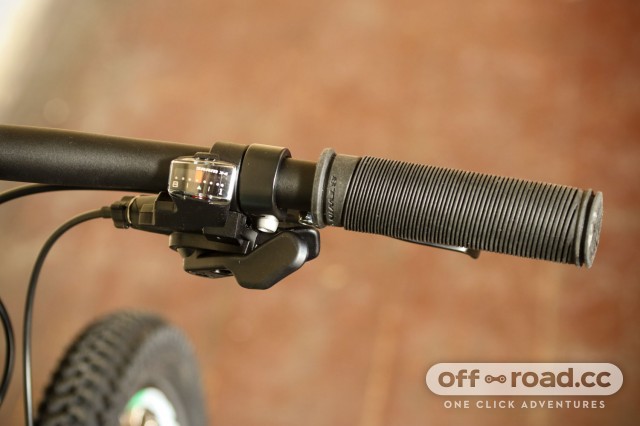 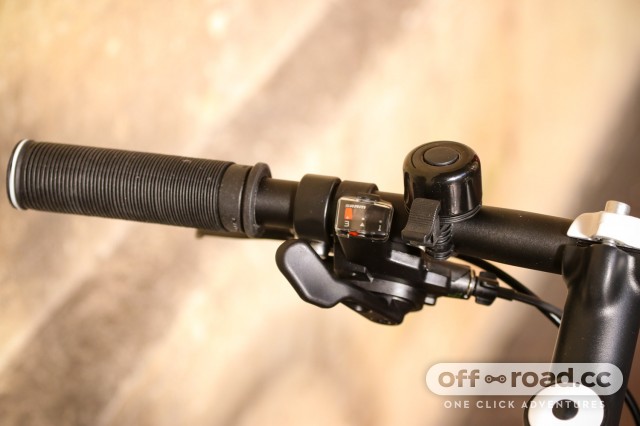 Braking is taken care of by Hayes cable operated disc brakes and 160mm diameter rotors. The levers are adjustable for smaller hands and on the whole, everything worked fine offering plenty of stopping power with only the slightest bit of cable stretch. 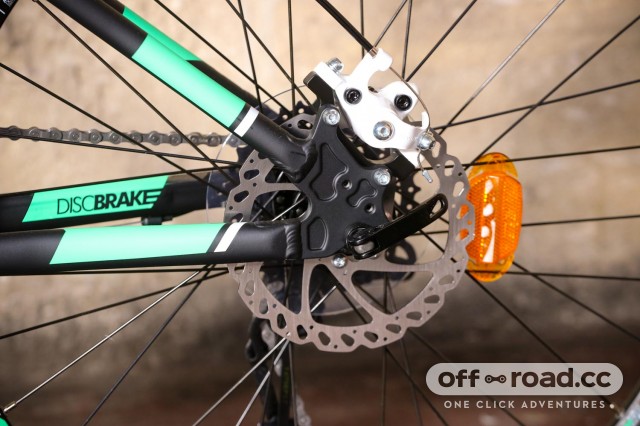 Wheels take a hammering on kid’s bikes as they often ride through things rather an over them but the B’Twin branded DWR 24” hoops used here are certainly strong enough to stand up to plenty of abuse. They use thirty-two spokes front and rear laced in a two-cross pattern attached to a double walled alloy rim. The hubs are unbranded but spin smoothly enough and haven’t started grumbling yet from the muddy conditions they have been subjected too over the testing period of about 6 weeks. 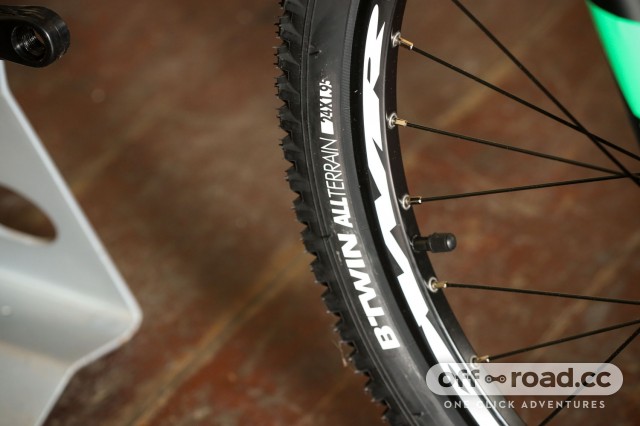 B’Twin also supplies the tyres with their 24” x 1.95” All Terrain model being chosen for this bike. The tread isn’t massively deep around the central band which makes them decent all-rounders in most weather conditions. It’s only in really wet and muddy conditions that they get overwhelmed but at least the larger tread on the edge of the tyre helps grip in the corners. 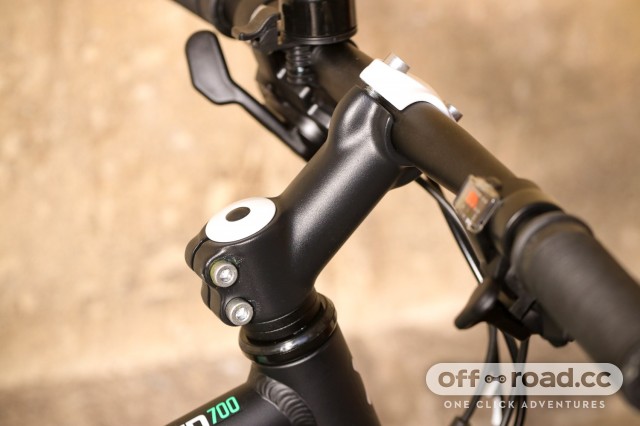 The rest of the kit is all unbranded, but it does the job without issue. The 580mm handlebar adds plenty of stability to the handling and the riser stem brings them a little closer to the rider. Another plus point for Libby was the saddle which she said was very comfortable even on the rough gravel tracks. 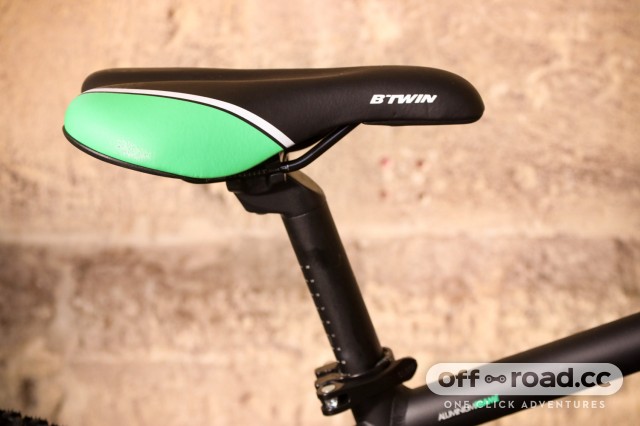 On the whole, the Rockrider 700 proves to be a decent package especially when you consider its £229.99 price tag. There have been some corners cut with some cheaper kit here and there but what you get does all work. The frame does look a bit on the agricultural side with chunky welding but it takes all the knocks you’d expect from the general wear and tear that a child is going to chuck at it. Crashes, as well as the bike being dropped,  have had little bearing on the tough matt paintwork. 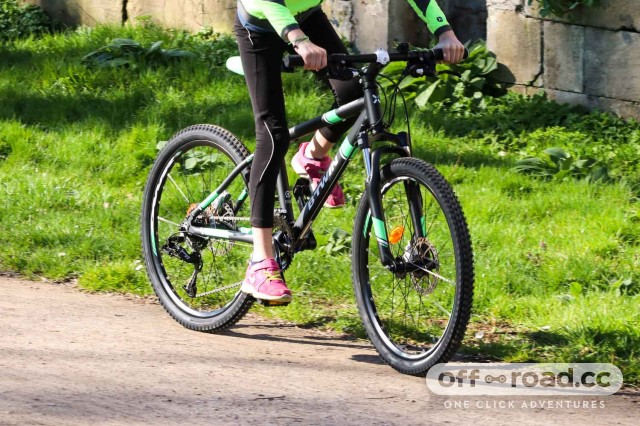 Overall the B’Twin is a really good bike for those kids who like to play off-road and while the weight might be a bit of a hindrance it is still a better option than some clunky bicycle shaped object from the local supermarket. 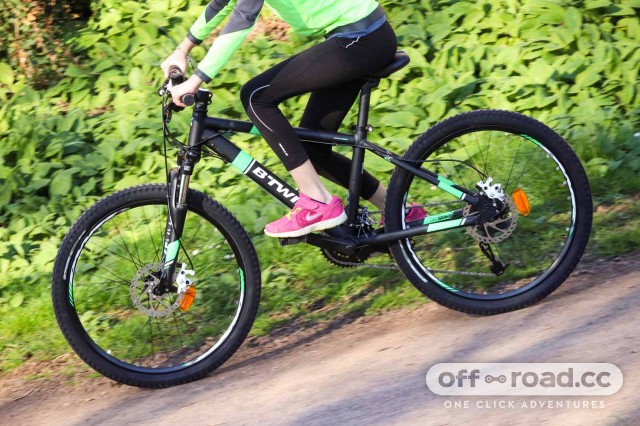