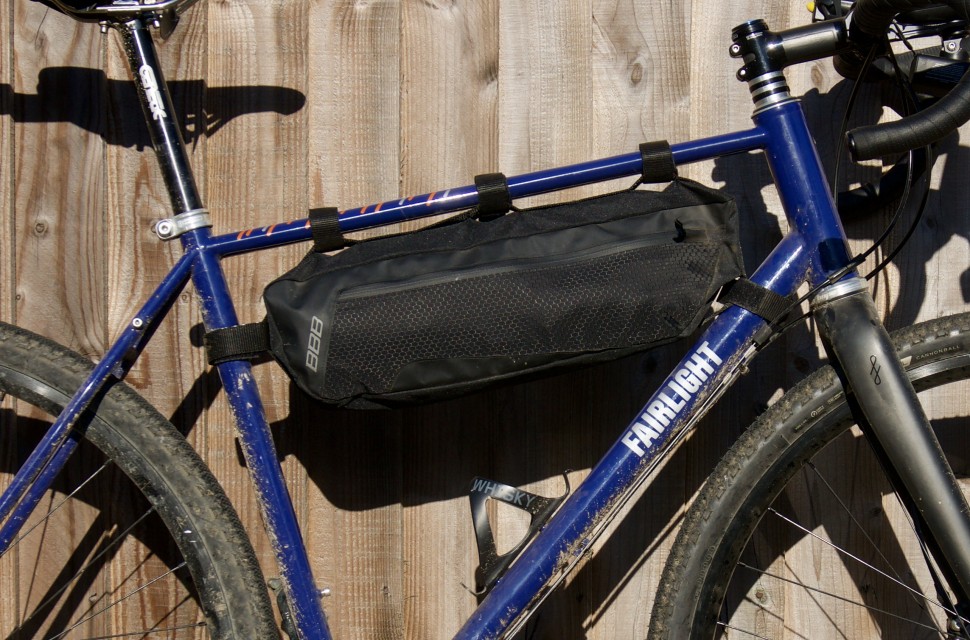 Patrick Joscelyne
|
Nov 28 2018
|
Overall
Quality
Performance
Value
What's good?
What's not?
Buy if...
You are looking for a good value first frame bag and it fits your bike.

BBB's Middle Mate frame bag is great value if it fits your frame. It’s not the most robust frame bag out there but it has two pockets, a bright internal colour divider and five straps to fix it to your frame. It also only costs £35 which makes it a bit of a bargain.

The Middle Mate is designed to sit inside your frame triangle. There's only one size on offer, which measures in at 440mm long, so if the inside length of your frame from seatpost to headtube is less than that then you're out of luck.

Certain frame shapes might cause issues with fit around the head tube so pay attention to how much space you have there. The bag is 140mm tall and has a profiled ‘nose’ to aid fit at the top tube-headtube-downtube junction. As you can see from the pictures of it fitting two very different types of bike, it's very versatile. 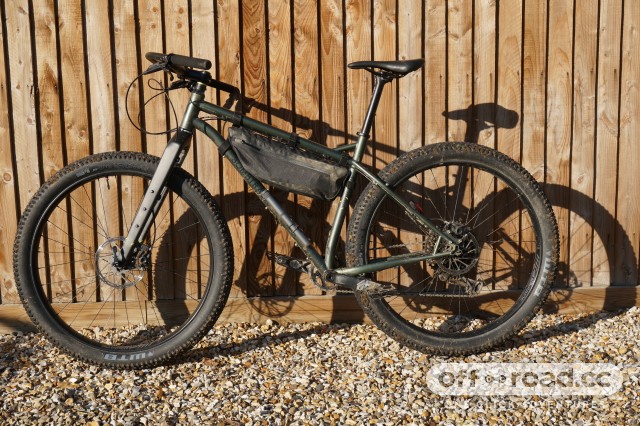 It has five moveable Velcro straps which can be relocated under the webbing material that runs along the spine of the bag so that you can move the straps so that they don’t foul cable ports or other bag straps or gear adjusters. The straps themselves are well made and the Velcro still going strong after multiple uses.

The straps are quite long so some overlapping is required to get the bag as tight as required, especially on skinny steel frames. Long straps can be useful if you are carrying tent poles which are best attached along the top tube outside of the bag in case they puncture it.

They could, of course, be cut down but they have been nicely finished with a stitched end which gives you something to pull on which works well. This is unexpected at this price level and just requires some thought so that they don't flap against your legs when you pedal.

On the two gravel and one mountain bikes I’ve been testing it on I’ve had no issues fitting it, but an extra strap on the seat tube might have improved the stability although I must stress it was never a knee-slapping issue. You also need to strap it to the downtube to stop it swaying at the front and this strap position did vary from bike to bike to avoid cables but it was easy to make work on all three. If you need more straps double sided Velcro one are available from outdoor stores so this is not a big issue.

On the mountain bike, sloped top tube meant that the bag prevented me from using the traditional bottle cage on either the down tube or seat tube as it would be fouled by the bag, which might be an issue on your frame. If you have a full suspension bike then you're also likely to run into issue depending on where the shock mounts, though it wasn't an issue on road/gravel style frames. 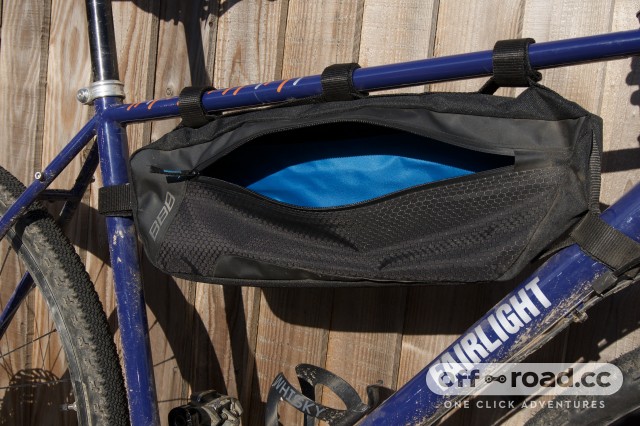 The bag is made of a nylon material and although it feels light it proved up to the job. The side panels feature a ripstop style material with a small reflective logo; the top and bottom of the bag is a Cordura material. It has a bright blue internal divider which makes looking for small stuff easier than with a black lined bag.  The pocket on the lefthand side is a slim pocket ideally suited to holding my phone and other slim items. The righthand side zipped pocket allows access to the rest of the 4l bag capacity and can be stuffed with all the usual bikepacking junk that might be needed. 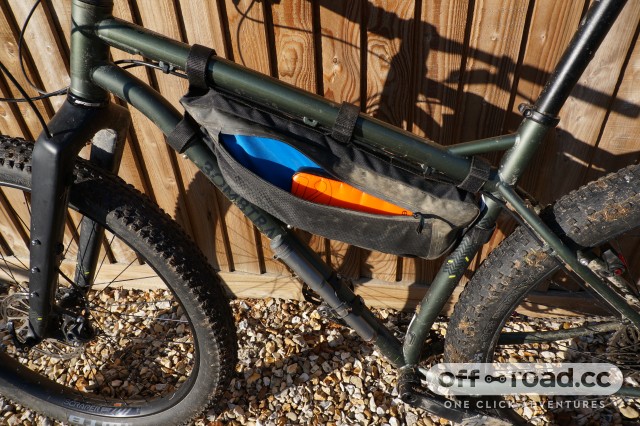 The bag has a claimed width of 70mm which is not bad for knee clearance and I never found it an issue on test, although once or twice I put odd shaped stuff in there that did bulge out a bit. Never be tempted to overload the bag or any bag and stretch the zips. If they do not seal properly then water will get in more easily.

It’s not a waterproof bag, although it has proved very water resistant, but you should always use ziplock bags or dry bags for electrical and important items. The zips themselves are simple back to front zips that are common in outdoor kit to prevent water ingress and have little blue stitched pull tags which offer just a small splash of colour on this otherwise discrete bag. 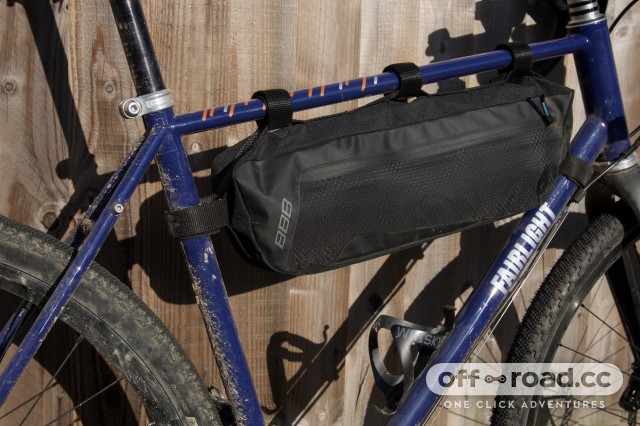 Overall, it’s a well thought out budget frame bag that performs better than it has any right to for £35. It could do with one extra strap but that applies to many other more expensive brands and it would be excellent if there were more sizes to choose from, which is the only thing that lets it down.

The material does feel a little thin; it's not the same league as more established product from Apidura, Ortlieb, Revelate or Miss Grape but its stood up to everything so far.

It's performance is excellent if it fits your bike. BBB really need to offer more than one size. As it is it fitted my large frames fine but it might not fit medium or small frames.