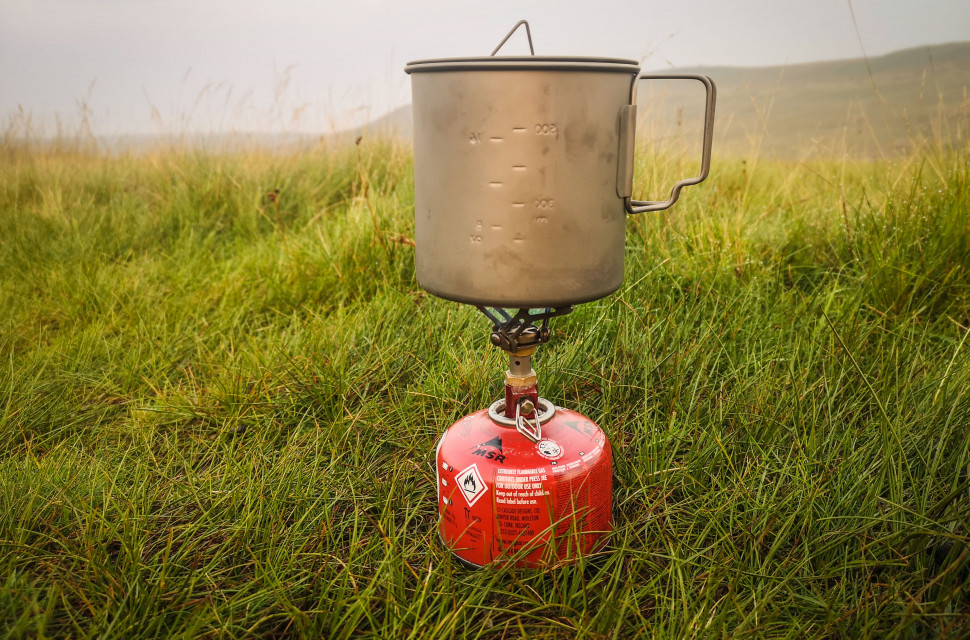 Matt Page
|
Sep 9 2020
|
Overall
Quality
Performance
Value
What's good?
What's not?
Buy if...
Weight and size is everything and you need snacks more than meals

The Alpkit Kraku is an incredibly small and light gas stove, good for cooking and ideal for hot drinks on bikepacking adventures. It easily fits inside a mug yet produces a rapid boil, though the small platform and lack of an ignitor means it's best kept for travelling light and alone.

Weighing just 46g, the Kraku includes pot supports and a control dial that all fold in for an equally tiny size – it's roughly 50 x 30 x 30mm when stowed, which is unbelievably small for a stove and roughly the same as an AA battery.

Although any size of cylinder is suitable, the 100g ones are obviously the most suitable for its intentions. 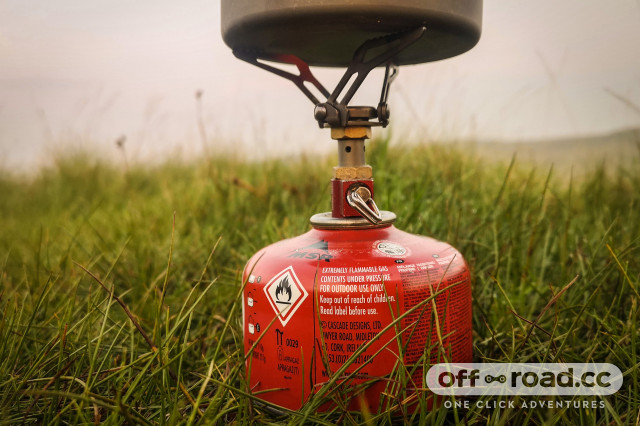 My setup (450ml titanium mug, 100g canister) was just 323g ready to go, and fitted inside the mug with space for a cloth, lighter, matches or flint. It's around half the height and weight of even a Jetboil Flash with the same canister. 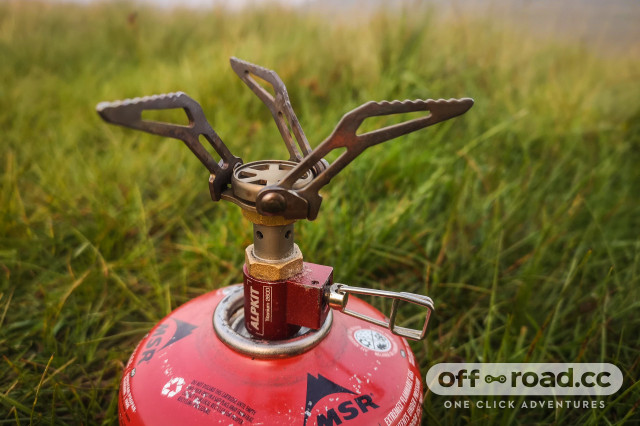 The pan support spans around 80mm, which is relatively small – you definitely need flat ground for this, and it's vital to get your containers on centrally. 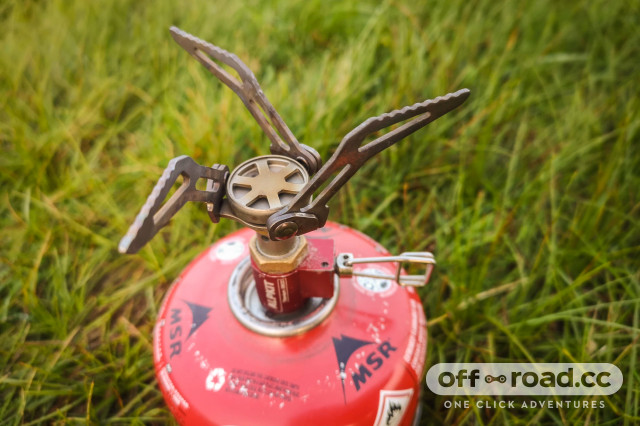 It's certainly possible to cook with small pans on the Kraku, but as you might imagine it's a little precarious. It's most at home with mugs. 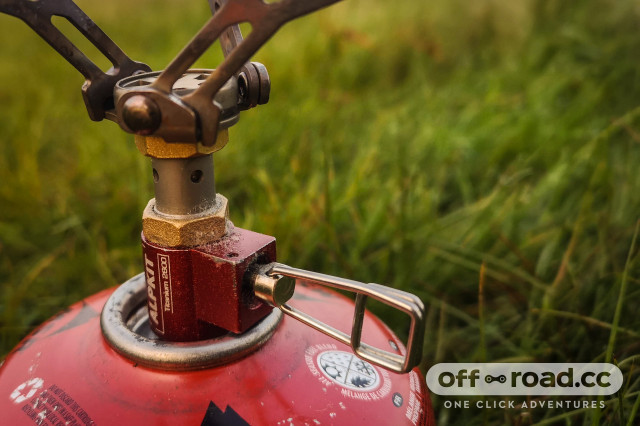 While it may be small, it's still pretty powerful. We timed it bringing 350ml of water to boil in just 2m 25 seconds on full power, while a Jetboil took exactly two minutes to do the same.

Unlike some stoves the Kraku has no ignitor, so you must at least add a small pack of waterproof matches to the total weight, but that's a handful of grams and hardly an issue. The only real problem is the regulator valve, which is small and needs care to adjust as it's directly underneath both the pan and flame. 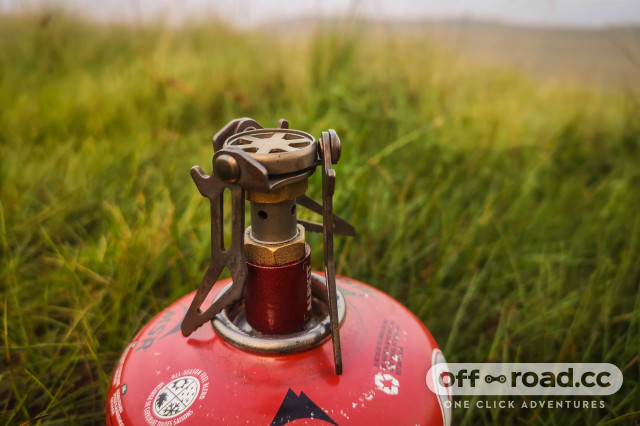 The Alpkit Kraku is a fantastic little stove that's ideal for solo bikepacking adventures thanks to its tiny size and efficient performance, and at £28 it's cheaper than the likes of MSR's Pocket Rocket 2 (£34.99) or the popular Jetboil Flash (£119.99). It's also priced competitively against outwardly identical devices such as the Vango Titanium Stove (£29).

Best with a very small pot or mug and requiring just a little care in use, the Alpkit Kraku is a neat, minimalist device with a big appeal.

Ultralight backpackers use the more advanced fully titanium BRS 3000T .  Same manufacturer but this is a higher spec model for half the cost of the Alpkit stove (and for sale on Amazon)  Just check google and Youtube  - no finanical interest , just a keen cyclist and an ultralight backpacker and kind of shocked at Alpkit's price on this...