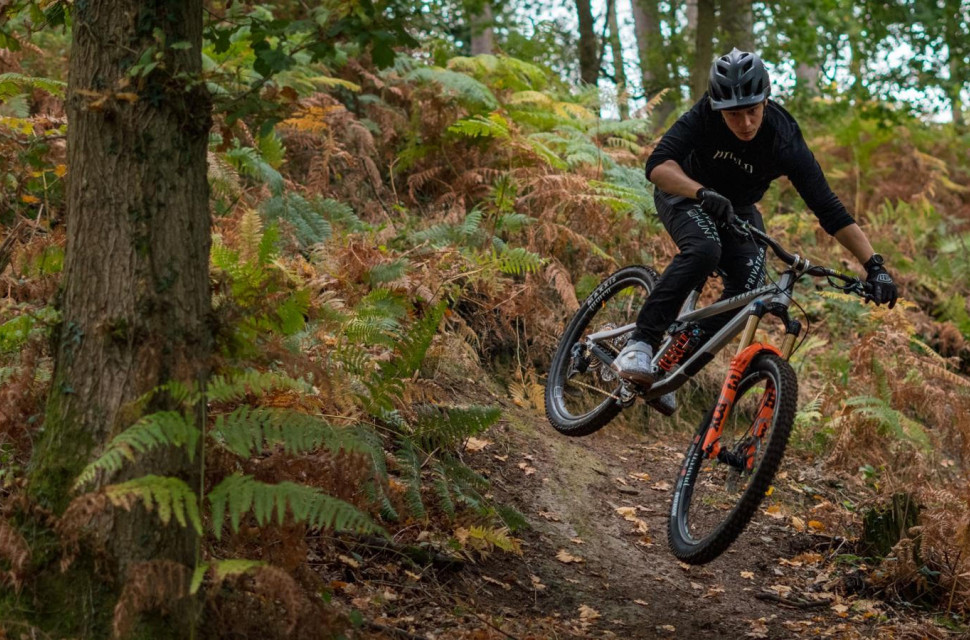 After over shooting a jump during a pre-race ride in Morzine that left Privateer rider, Fergus Ryan with a broken ankle. This called an abrupt end to his season, forcing him to miss out on the final few races. Now, the enduro rider is back for redemption in his latest video 'Regression'.

Fergus Ryan shreds his Privateer 161 in "Regression", by Privateer Bikes

Choosing the Privateer 161 as his weapon of choice, Ferg and Jacob Gibbins headed out to the Forest of Dean to shoot some footage of Ferg back up to speed.

"Recovering from my ankle was a long old journey so it felt amazing to be back up to speed and in front of the lens again. Having built some fresh tracks at my local trails, there was no better time for Jacob Gibbins to offer to get some bangers! Fresh tracks and loose riding is what came out and I hope you guys like it!"- Fergus Ryan - Privateer Bikes

Now that Ferg is back, he'll be taking on the entire EDR season this year which sees some of the best enduro athletes around the world race in locations from Tasmania through to the French Alps and even Whistler.