Skip to main content
Log In Register
Innovative, simple to set up and utilising both coil and air 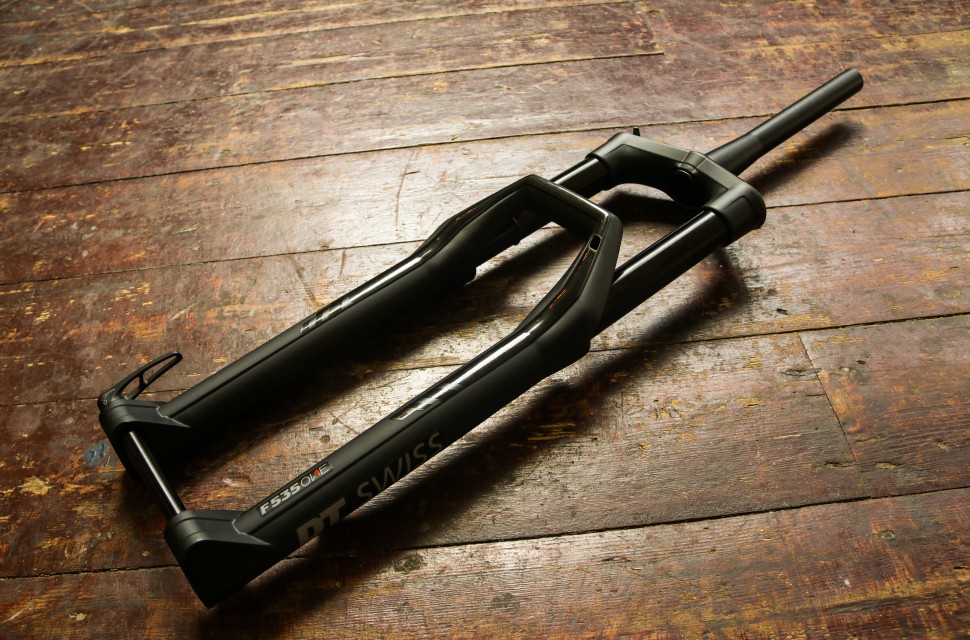 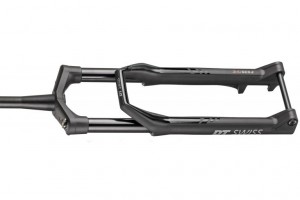 Halo introduce new cheaper wheels to the range - The Ridge Line wheelset
A trail wheelset for £240 - yes, you read that right

We have just taken delivery of a brand new DT Swiss F535 One fork, a mountain bike fork so new it hasn't even hit the shelves of the distributor Madison yet! With an innovative combination of coil and air spring tech and the Plushport floating piston design to control compression damping, we are very excited to fit these and see how they fare against the other big players in the suspension world.

We brought you news about the release of this brand new fork just at the beginning of this month. There we told you all about the technology inside, including the aims of the company to produce a fork with a plusher feel with position sensitive damping and also the use of a coil spring at the start of the travel and an air spring thereafter. Sounds interesting, right? Here's Chris from the brand to tell us all about it and give us a look at the internals:

DT Swiss is aiming squarely at the big players, (Rockshox and Fox) with this piece of kit. It's been made from scratch from a totally blank slate and it's pretty different, to say the least! With an ex-Formula One engineer heading the suspension design team, the project has been huge for the company. 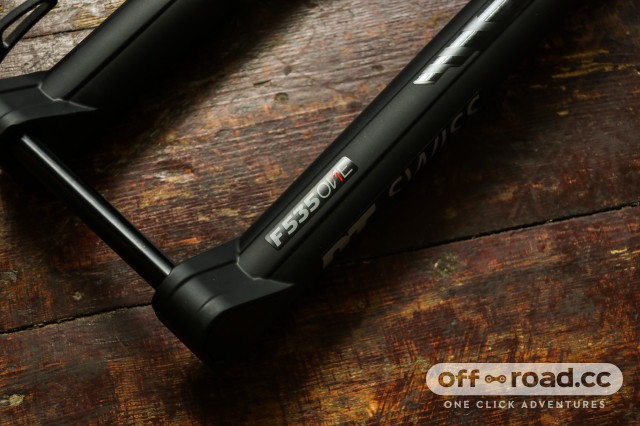 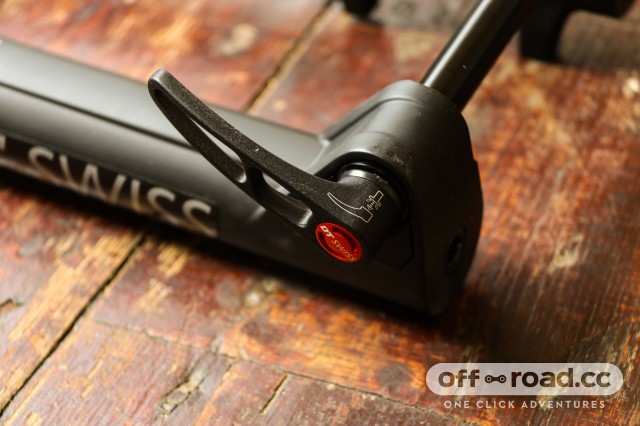 Beginning with the damping, the fork uses a system DT Swiss have named 'Plushport'.This system is basically an opening in the low-speed compression circuit which is slowly closed by a floating piston the further you go into the travel. The system adjusts the amount of damping depending on the amount of travel in use. In the first couple of centimetres or first 30% of the travel, the port is fully open and the low speed compression damping force is very low. 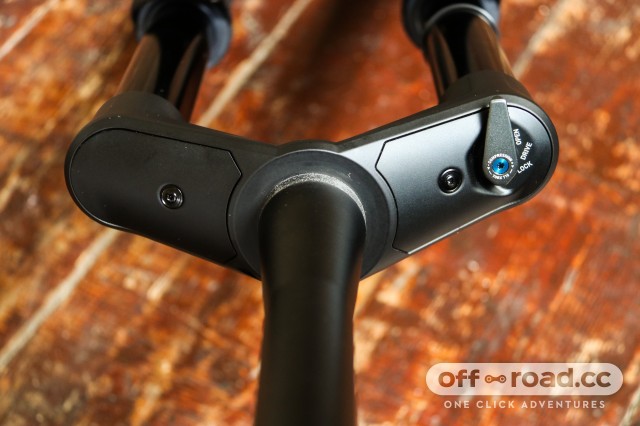 In the next part of the travel, roughly after the first third, the floating piston has reached the Plushport bores, reducing flow rate to increase damping. This rate rises over a couple of centimeters giving a smooth transition. In the last half of the travel, the needle now fully covers the port and forces the vast majority of the oil which is still being displaced by the compression piston to move through the high-speed circuit, creating much higher compression damping force giving you a bottomless feel. It is designed to keep the fork higher in the travel and control bottom out. 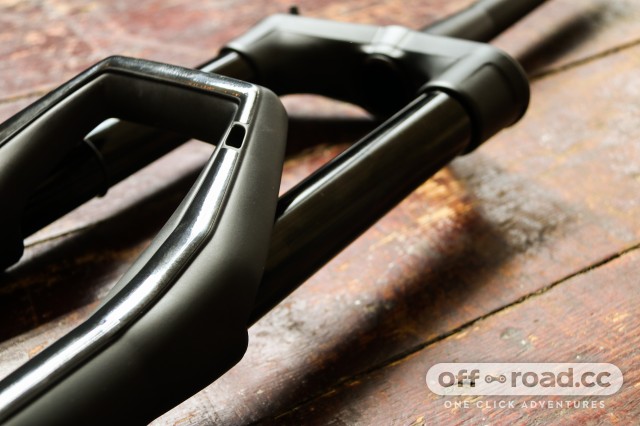 The second interesting thing about the new F535 One fork is the small coil spring working with the air spring in the first 8 mm of travel. The coil deals with the very first part of the travel and compresses before the air spring piston starts to move. DT Swiss call this 'Coilpair' and say it produces coil like sensitivity in a lightweight system ensuring small bump sensitivity. The coil means there are less breakaway forces, reacting immediately to small bumps. DT Swiss say that the mid-stroke of the fork is quite linear with a ramp up at the end which can also be fine-tuned with the use of their tokens in a system similar to those you will be familiar with from Rockshox and Fox. 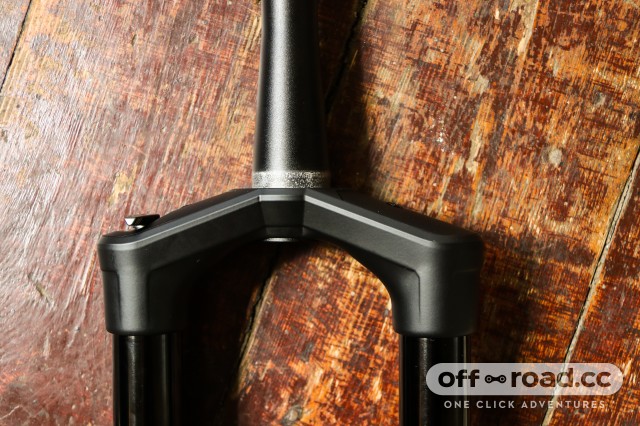 DT Swiss say that this fork will be very user friendly and easy to set up. With the inclusion of the above technologies once the air pressure is set they say that it's a 'set and forget' fork that won't need any other tuning or even re-tuning from rider to rider. To make things even more simple they have designed an app (to be available later this year) with an algorithm in play that will work out the perfect rider set up. For the time being this system can be used on their website and will be an important part of our test for the forks, will their set up recommendations work for us? 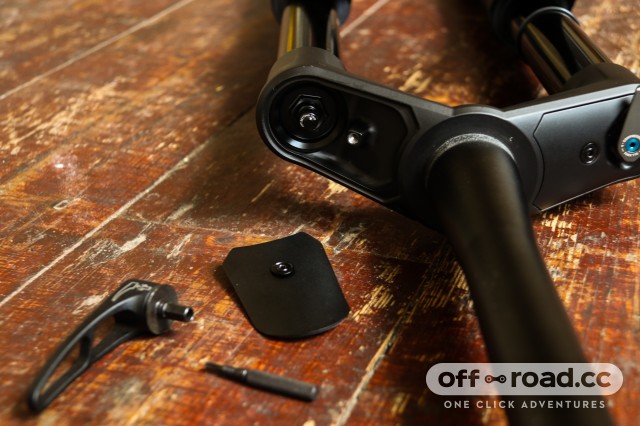 There are lots of other things about the fork design that show the high level of attention to detail at DT Swiss. The forks are rated for e-bikes too, it's not an e-bike specific fork but will happily deal with combined rider and bike weights up to 150kg. As other fork manufactures alter fork internals to accommodate the use of other materials that are good for a heavier rider/bike combination, this is great to hear from DT Swiss. 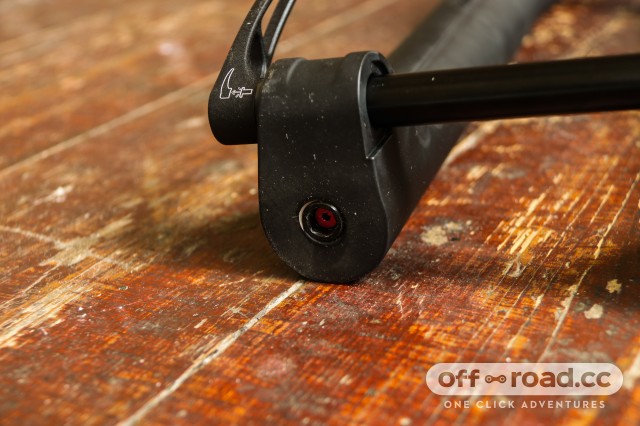 You will have noticed that both the crown of the fork and the lowers are pretty smooth and sleek without any external knobs or adjustment dials. The adjustments can be carried out by use of a T10 bit which is hidden in the axel. The tiny T10 is held in place with rubber so it won't rattle is located inside the quick release lever and is used to adjust rebound on the lower leg, to remove the covering for the air chamber and to adjust high speed compression too (the only external adjustment dial). DT Swiss have also included a lockout lever on the crown in case you find yourself slogging it out on tarmac roads. 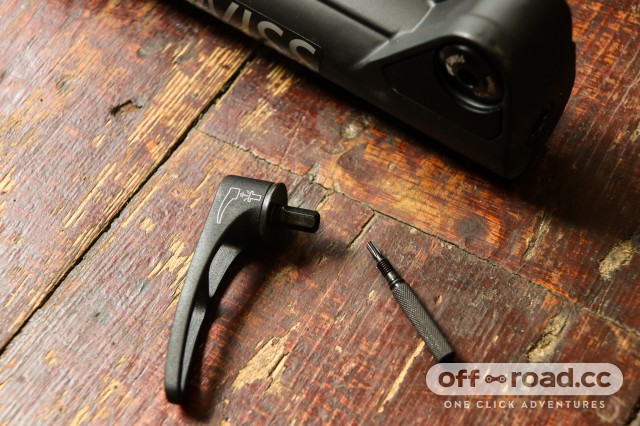 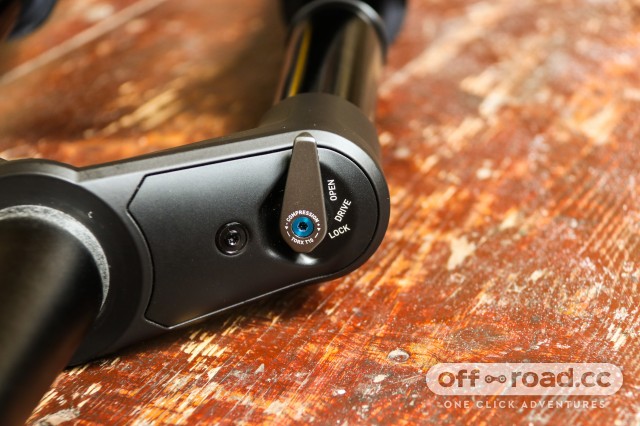 The company is keen to put a bad reputation for reliability behind them with this fork undergoing extensive testing on both the XC race and enduro scenes before release. They will be available to buy in two weeks and will set you back £925. Here are some other vital stats: