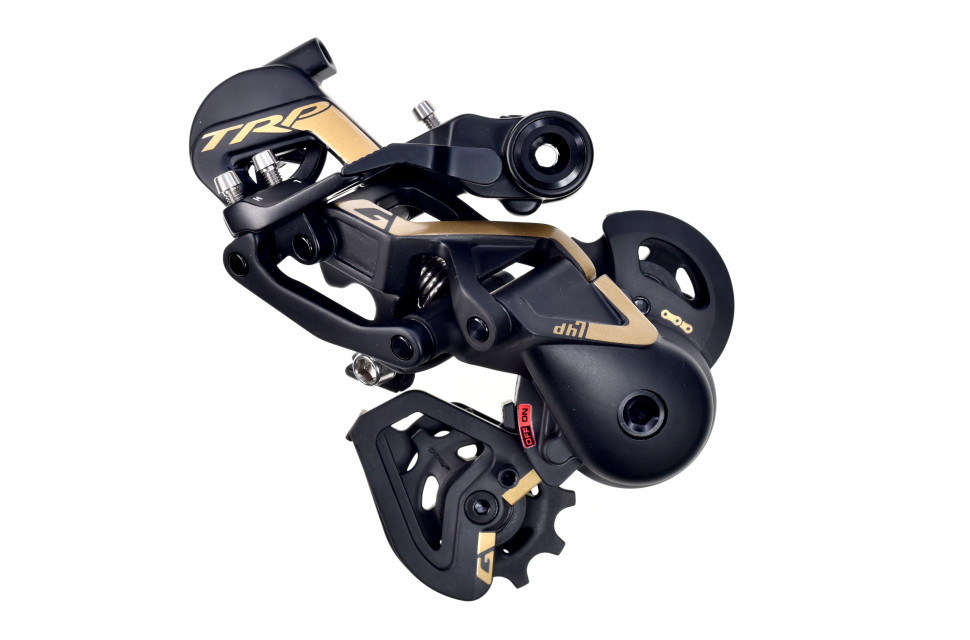 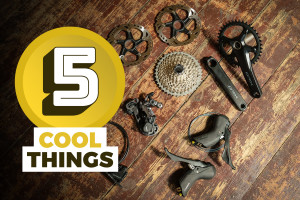 Known for their brakes that have been ridden to the top of the podium by the likes of Aaron Gwinn, TRP has entered the drivetrain market with the new DH7 shifter and derailleur. Entering a market dominated by Shimano and Sram isn't an easy task so the brand has taken advantage of their Tektro experience to produce this shifting system.

Built for rough, steep and fast rides on downhill bikes TRP has designed a rear derailleur with both toughness and quietness as a priority, with this seven-speed setup hinting that they're likely to create an expanded drivetrain range in the future. 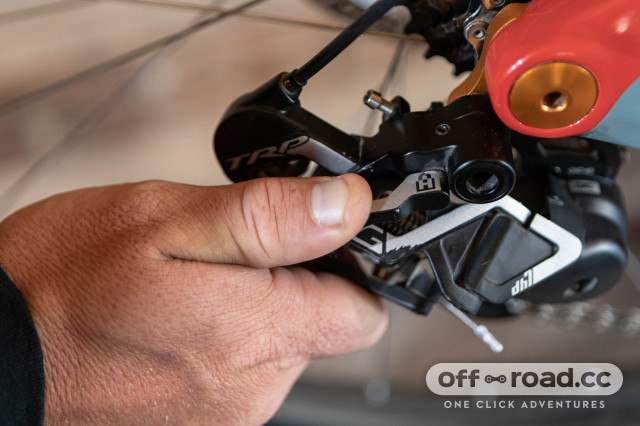 A key feature of the new mech is the introduction of the 'Hall Lock'. Designed with John Hall, Gwinn's mechanic, the Hall Lock is a lever that locks the movement of the B knuckle to the frame when closed to be made super stable when hammering down rough descents. When opened it allows the easy removal of the rear wheel. 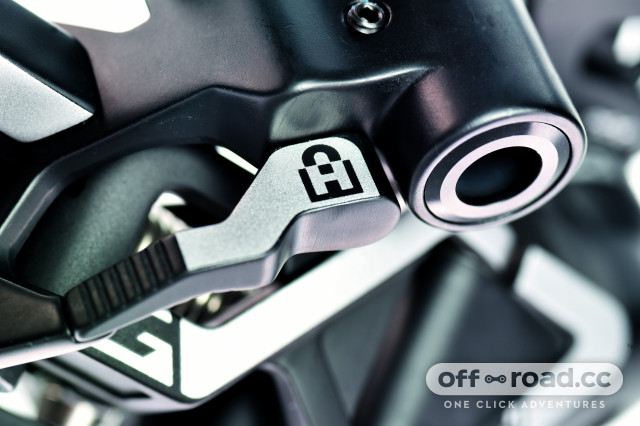 The Hall Lock can be adjusted to rider preference or to suit whichever bike the mech is mounted on. The brand claims that the lever in the locked position aids crisp shifting by negating any of the derailleurs excess movement. It's clamping force can also be adjusted to balance security with the systems ability to deflect upon impact. 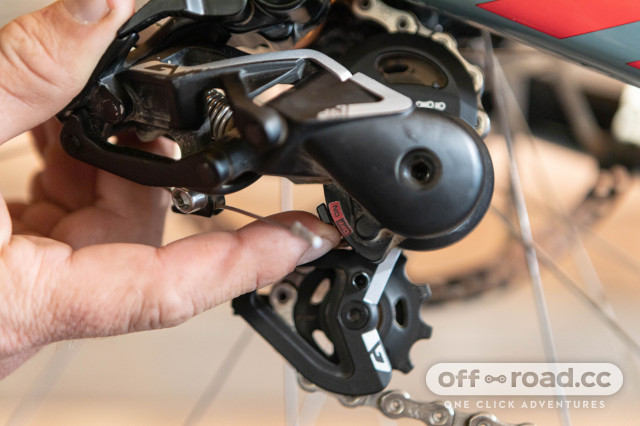 The mech also features an adjustable clutch intended to compensate for any forces that can be felt from the clutches tension when experiencing chain growth. A rider can adjust the clutch to balance the stiffness of the clutch against chain retention.

The derailleur features carbon constructed cage and upper link, a wider parallelogram pivot and sealed cartridge bearings in the pulleys. 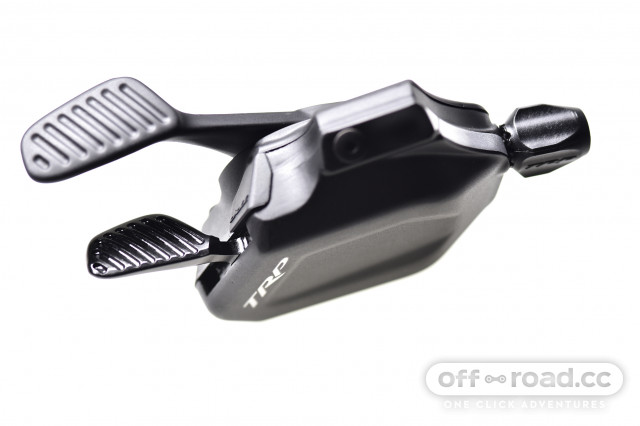 TRP positioned ergonomics at the forefront of the design behind DH7 shifter. Rather than have the cable release paddle rotate around the shifter body, it has a more linear path to mimic the natural movement of the thumb. TRP says that this offers more grip when the goings get tough. The paddles are also grooved for extra grip.

The advance lever and upper housing are made of carbon fibre while the levers pivot on ball bearings. The lower levers home position is adjustable with up to 40 degrees of range. 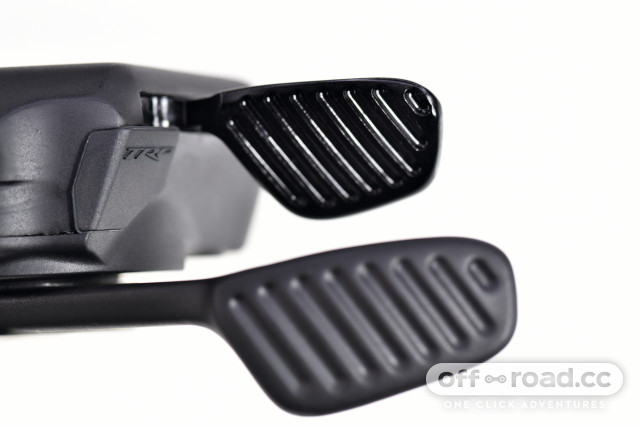 The derailleur and shifter come in three colours, gold silver and a stealthy all black.