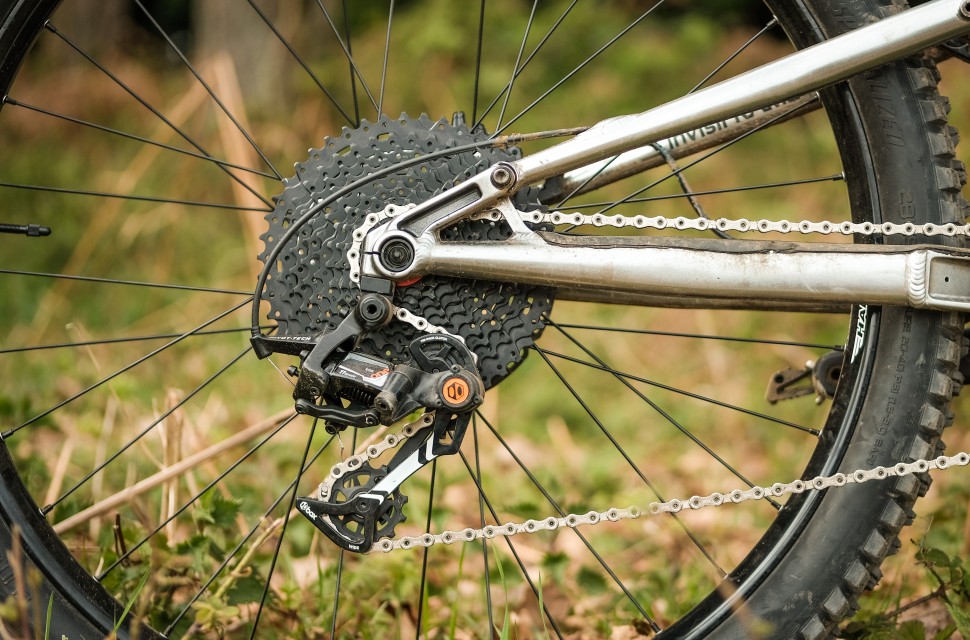 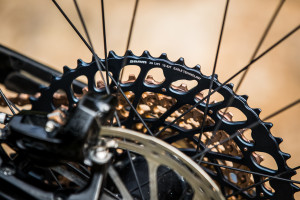 Not a name you hear often but probably one you do know of, Box Components have sent over a selection of drivetrain parts for testing. A mix of Box One and Box Two kit, Rachael has put the gear onto her longterm Cotic Rocket, weighing it before taking a first look here.

Founded by former BMX racer, Toby Henderson, Box Components launched their cheaper Box Two components back in 2017, we took a look at Eurobike on its release. The company want to be a SRAM or Shimano alternative and have pitched a cheaper drivetrain into the market in order to capture both the individual customer's attention and OEM customers too. A Box Components Box Two drive train comprising of a, 11 speed rear derailleur an 11-46t cassette, a Twin Lever Shifter and a chain when bought from UK distributor Moore LArge will set you back £255. For comparison's sake the same Shimano XT kit costs, £244.96 at full retail. The same kit all in a Box One spec will set you back £355. 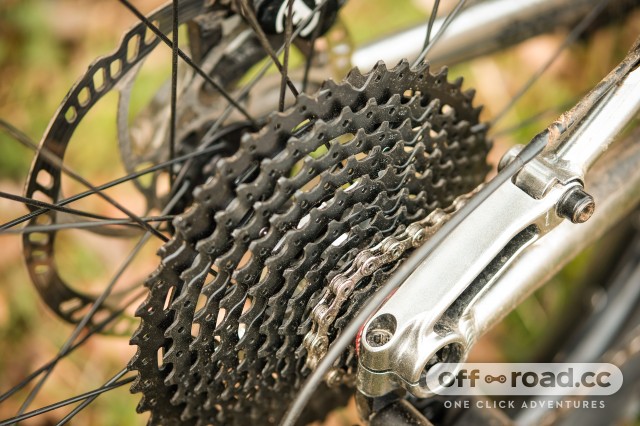 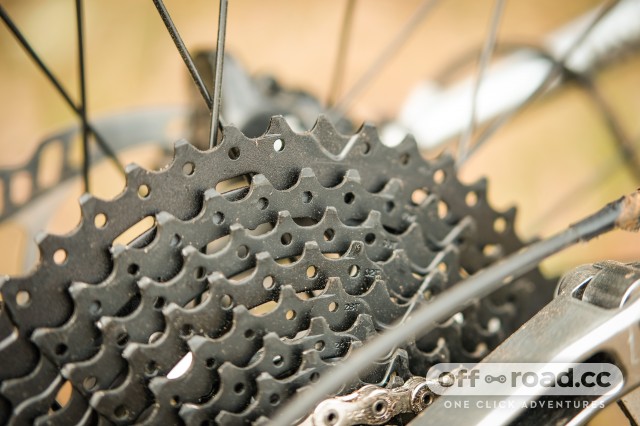 The pricier 11spd mech option from Box uses their 'Adjustable Tri-Pack limited slip clutch™'.  This is a chain damper that they say vastly reduces chain slap, the system also aims to maintain tension for better chain wrap. The technology is basically a multi-plate clutch pack, that is capable of providing a large amount of force in a small package.  the clutch force can be adjusted to give the user the ability to tune their setup to the desired balance of shifter feel and chain retention and it's also user serviceable too. 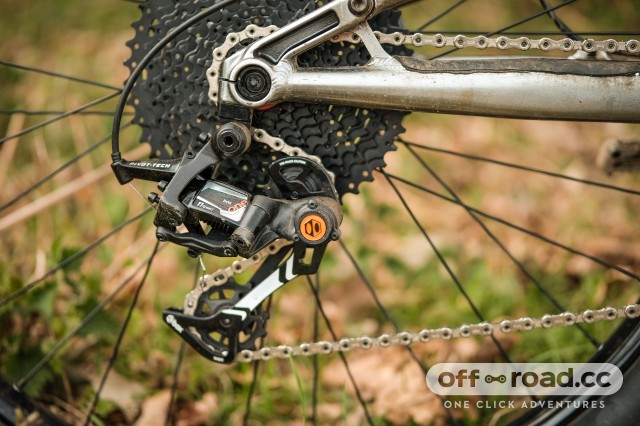 The mech also has as spring-loaded arm where the actuation cable inserts, this is designed to keep the cable and housing out of harm's way. It's similar to Shimano but the Box part hinges so it moves out of the way on impact. 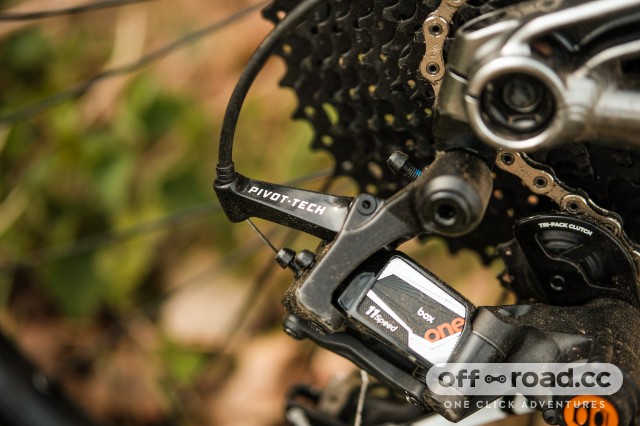 The differences between the Box One and Box Two mechs? Box One gets bearings instead of bushings for the pulleys to ride on, there is some carbon in the housing on the more expensive and probably due to those bearings the cheaper Box Two mech is a claimed 4 grams lighter. We weighed ours at 288g, exactly the same as the claimed weight.

The 11spd shifter operated with two paddles, the more forward of the two can be operated by either a push of the thumb or the pull of a forefinger.  Box says you can also shift up to five shifts upwards to help you move up the cassette quickly while climbing. The shifter has a lightweight, machined clamp and a cast aluminium lever help to reduce weight. We weighed our at 143g with cable (no outer) attached. 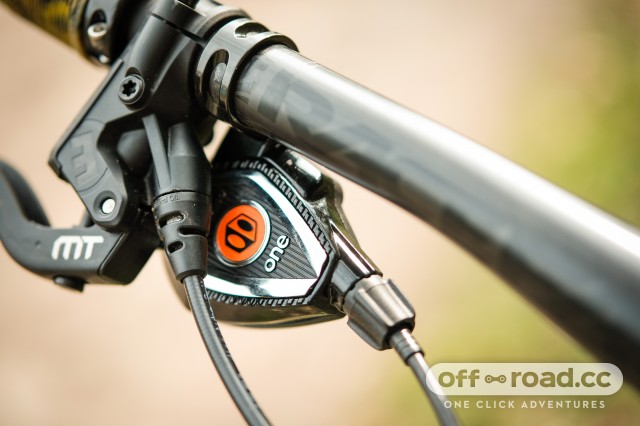 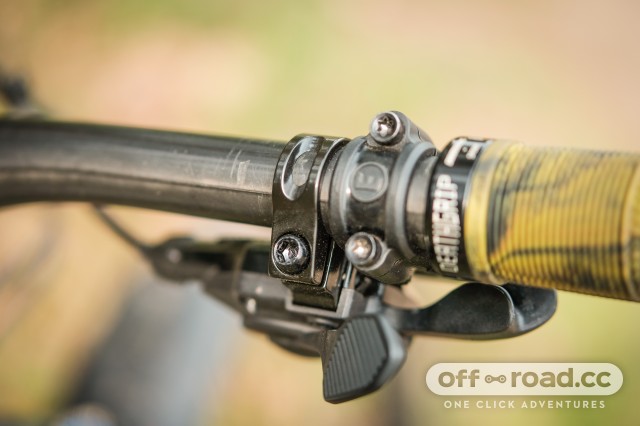 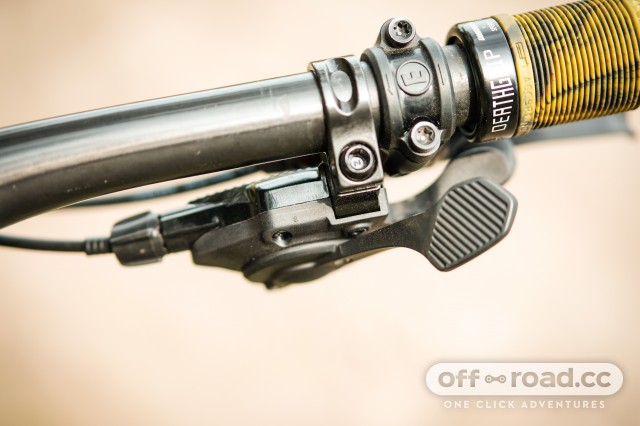 There's not too much to say about the chain aside from it weighs 246g and comes with a quick link for easy setup. 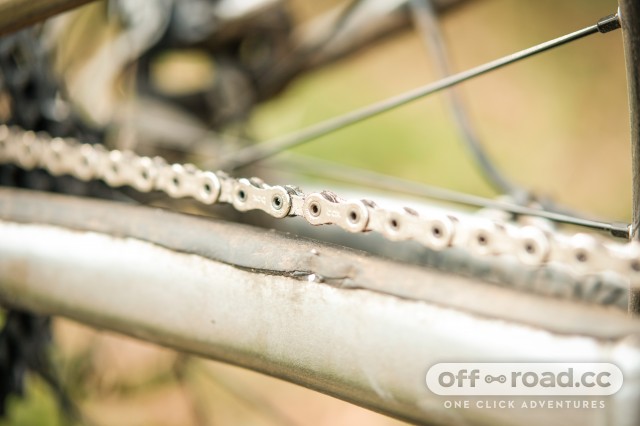 As we said, this gear has been put on Rachael's long term test bike, her Cotic Rocket, she'll be putting it through its paces over the upcoming months and seeing how it fares in comparison with the competition.