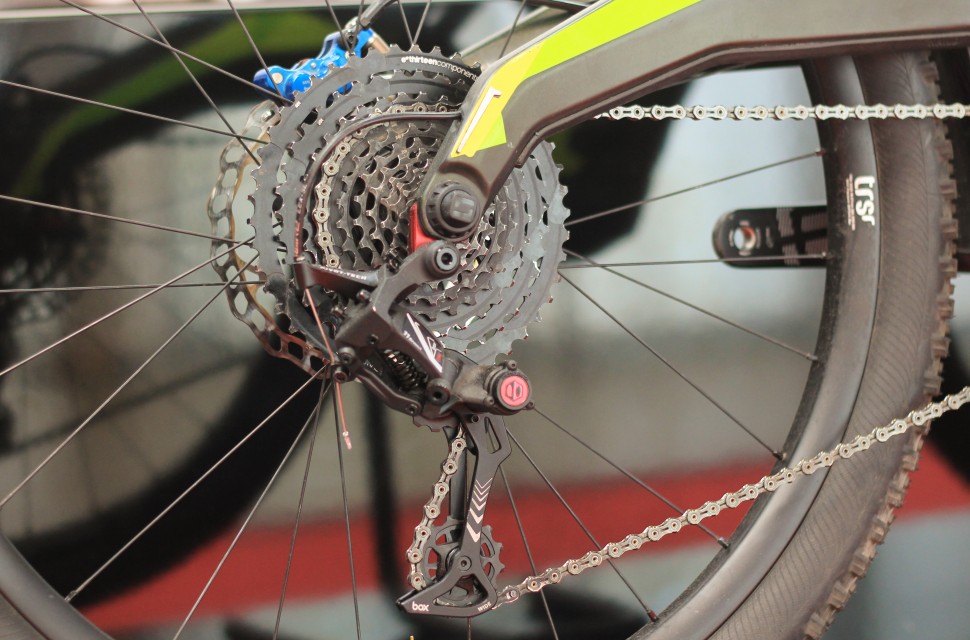 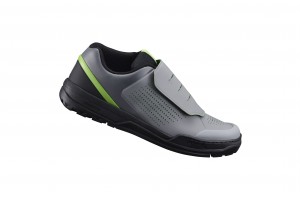 6 cool things from OneUp Components, Mudhugger, Canyon, Shimano and more
Gadgets, new glasses and a bike for the kids

Box are a components company that are seen as a viable alternative for those not wanting to join either the SRAM or the Shimano band wagon, we headed over their stand at Eurobike to see what was new.

Box One and Two Mechs

There are now two iterations of the Box Components 11spd mech, the Box One and the Box Two, using the same clutch system the only differences being a carbon body used on the Box One. The Box Two is a step down in price and a slight step up in weight from the One, $110 USD rather than $174 USD. Both are compatible with Shimano mechs if you fancy mixing it up. 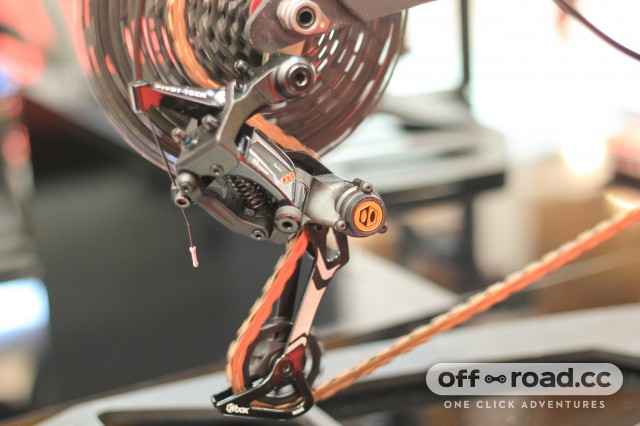 Box are also offering a completely new shifter to combine with their 11 speed rear derailleurs the Box One and Box Two, instead of a push-push single paddle design they have used in the past, they are now employing a two paddle set up for independent shifting. The Box One will retail at $70 USD and the Box Two at $45. 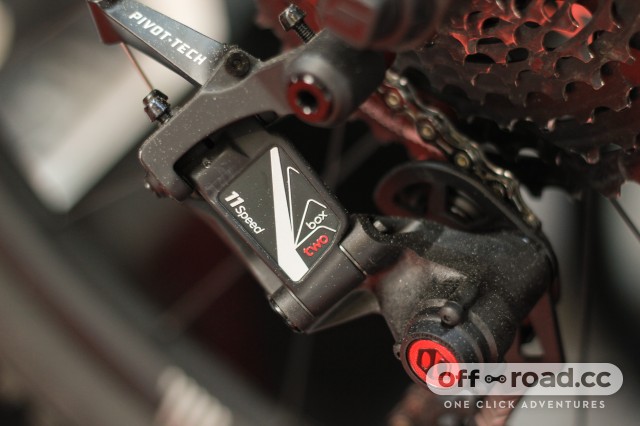 New for 2018 is a 7 speed mech and shifter for downhill use. The shifter features the same two paddle set up as the Box One and Two kit but with a much shorter cage than the 11spd mech mentioned above. They have also updated the clutch system to provide better chain tension. This mech is destined to be paired with the new Box Two 7 speed cassette. The Box one 7 speed mech will retail at $175 USD. 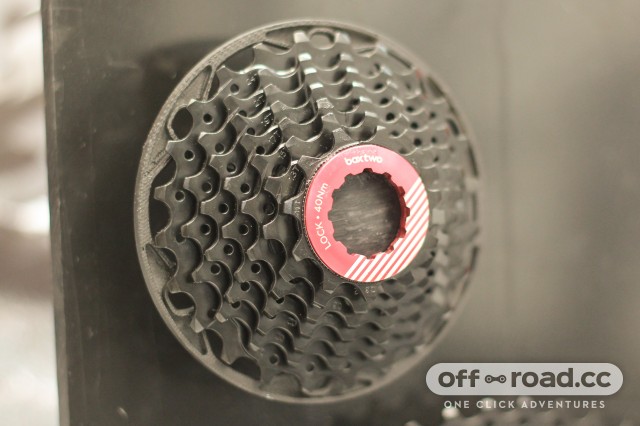 Box have just launched the Box One and Two 7 speed cassettes to marry up with the new 7sp DH mech. Both are an 11-24t cassette and retail at $175 and $50 USD respectively. 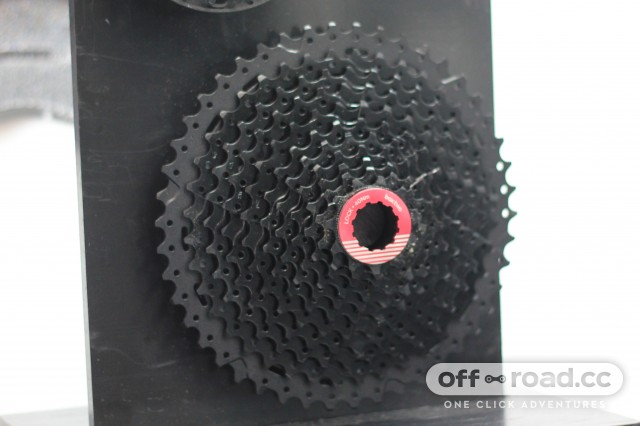 Interestingly Box have taken on the saddle clamp market with a different take on the clamp itself. They have created a rail less design which incorporates both the seat and the seatpost. The underside of the seat meets the post, sliding together in a t-shaped design, it’s a design best explained in pictures we think! Box say that they wanted to design a post which was more substantial and less prone to bending and breaking than the normal two rail design. The saddle will still move plentifully fore and aft on the clamp and also tilt, giving a wide range of angles. It appears that this saddle will be able to give a super low profile minimising distance vertically between the clamp and the upper seat of the saddle. 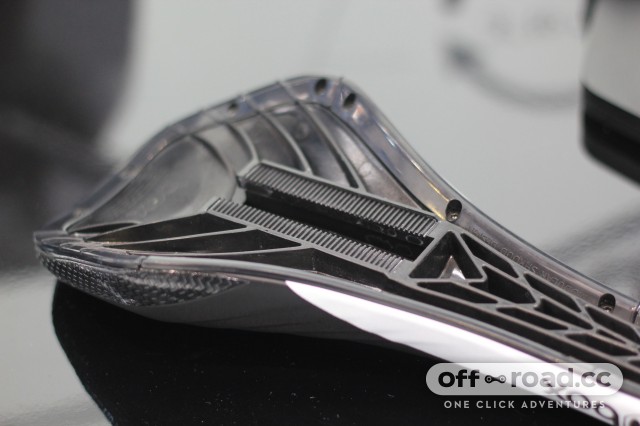 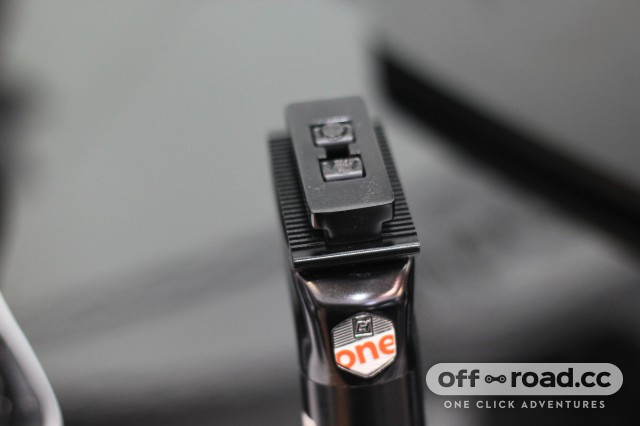 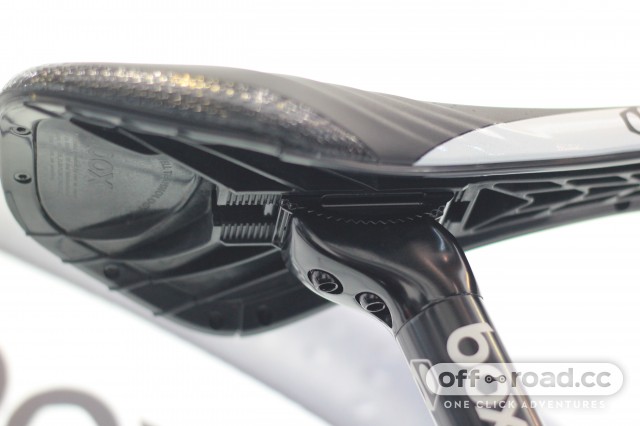 For more info go over to BOX Components here.