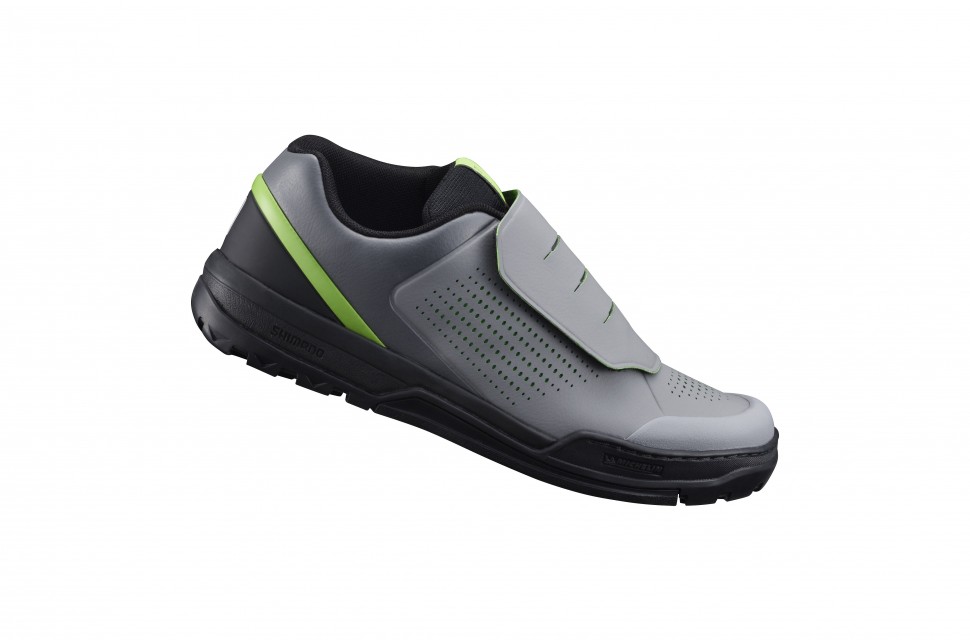 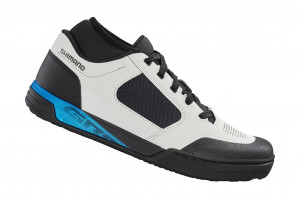 5 cool things from Mavic, Giro, Leatt, Shimano and ION - the shoe edition
On our daily exercise, here's the shoes we are wearing....

Shimano has teamed up with the Athertons to release their new 2018 range of clipless and flat pedals, and new footwear for both all-mountain and gravity.

The flagship clipless shoe that was announced is the AM901, weighing in a claimed 400g in size 42, designed for all-mountain riding. Shimano says these shoes will have less water ingress, dry quicker and offer more feet protection than previous models, through features such as the rubberised toe caps, a higher ankle collar and an armoured lace shield which means less debris entering the shoe. There is a grippier sole which makes them easier to walk in. 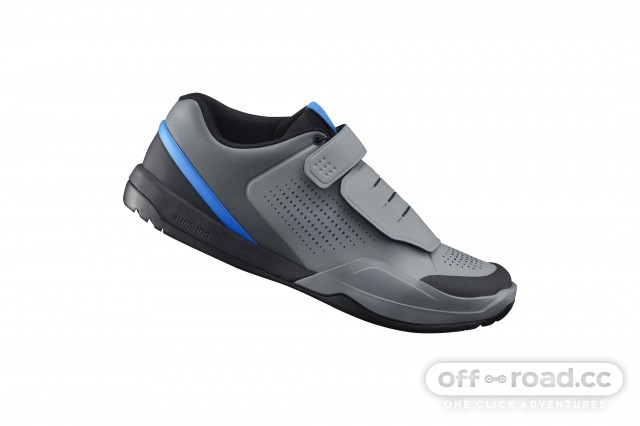 Shimano AM901 by Theo Binns
The model below the AM901 is the AM701, which goes without the lace shield, but has a higher stiffness rating at 6, the AM9 having 5. It comes in two different colours, Grey with Blue accents or Lime Green. 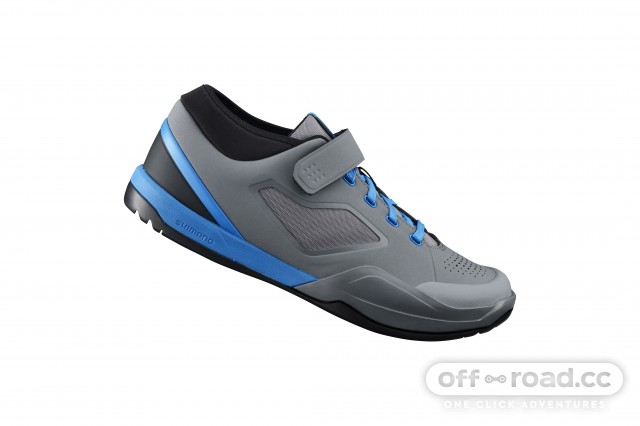 Shimano has also announced two different all-new gravity dedicated shoes, the top of the range being the GR900, which comes in Grey with Green accents and weighs 365g in size 42. They have a rubber sole from Michelin which improves grip and makes them easier to walk in. Many of its features it shares with the AM9, including the rubberised toe caps, high ankle collars and armoured lace shields.

Below the GR900 comes the GR700, available in Blue or Light Green and grey, and a variant specifically designed for female feet, with a Grey and Mint colour scheme. Similar to the AM7, it shares many features of the AM9 but loses the lace shield, trading for improved heat ventilation.

Also being released are four new Shimano pedals, for clipless and flat riding. 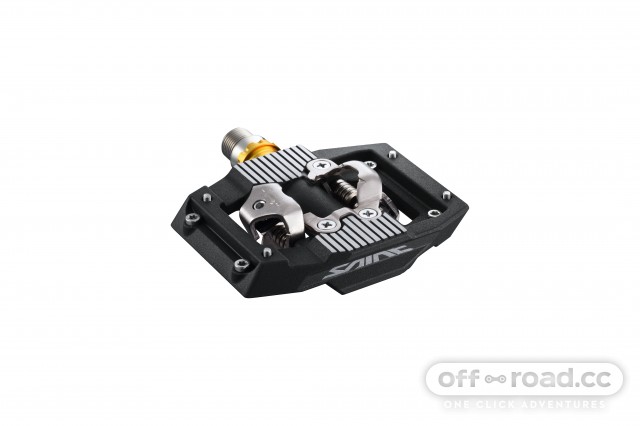 The SAINT level PD-M820, weighing 546g, is one of two of Shimano's top of the line Downhill and Enduro specific pedals and designed to fit perfectly with the AM9 shoes, and the double-sided alloy body of the pedal protects the SPD system from bumps.

The other pedal is the PD-M828, a platform pedal variant of the M820, designed to be combined with the GR900 shoes. The platform is octagonal in shape, with 12 pins in 3mm or 5mm lengths, which give a balance of connection to the bike and stability. 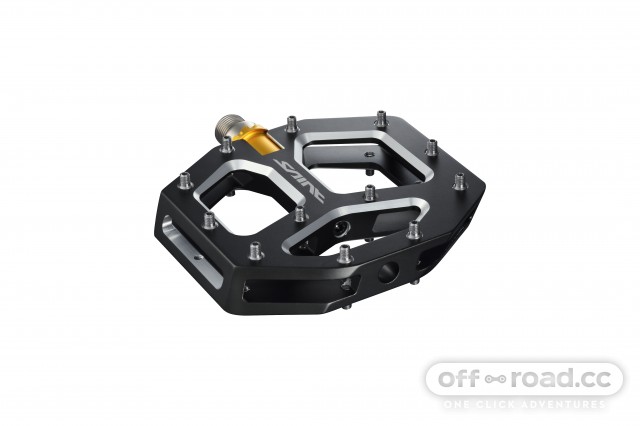 PD-M828_Other_Other_1Standard_Right.jpg, by Theo Binns
The third new SPD pedal from Shimano is the DEORE XT level PD-M8040, which comes in two different sizes, giving the pedal a greater fit to the rider. 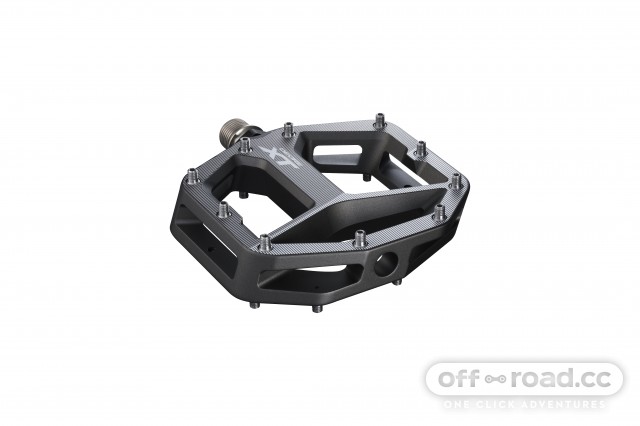 The last set of pedals are the PD-GR500s, an entry level flat pedal for All-Mountain and Trail riding, a successor to the PD-MX80. It has height adjustable pins and will be available in Black or Silver. 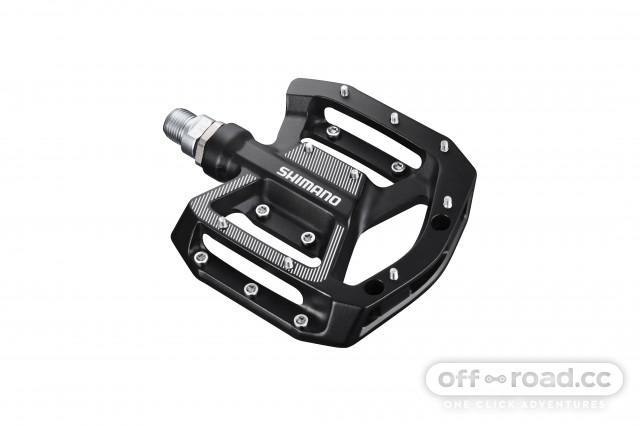