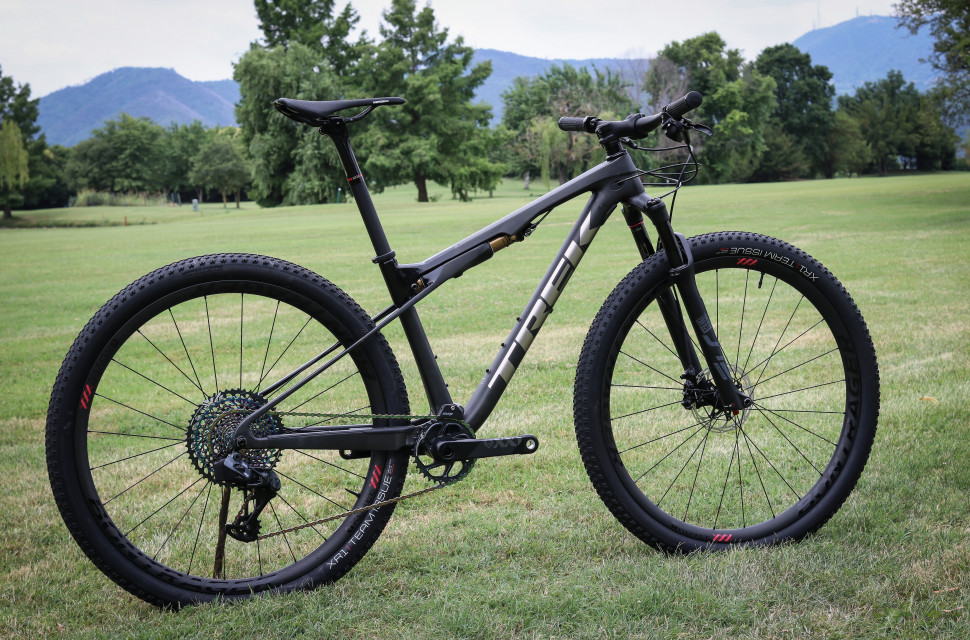 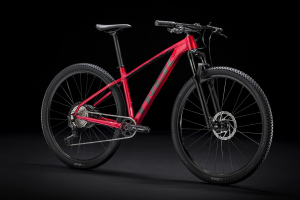 Trek has just launched a new cross-country bike that is quite significantly different from its predecessors. The new Supercaliber race bike uses a suspension system Trek is calling IsoStrut to bridge the gap between cross-country efficiency and the control and capability of a full-suspension bike.

It's radical both looking and in the technology it uses, the new Trek Supercaliber really piqued our interest when we saw it at its launch a couple of months ago. Trek dropped the word 'game-changer' and given the potential for this bike to be both efficient, light, stiff and still retain the performance characteristics of a full-suspension bike, they might be right. 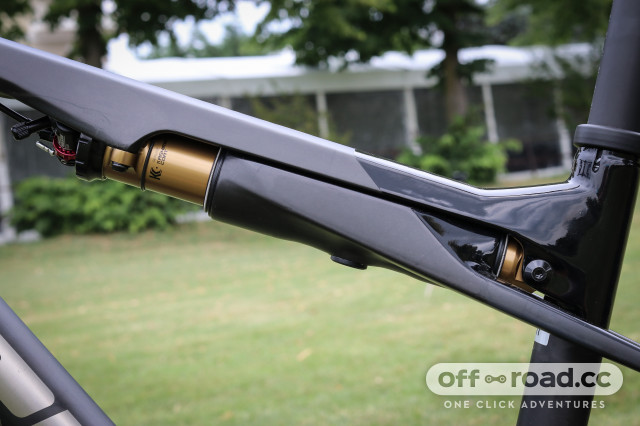 The Supercaliber, a race thoroughbred

The Supercalibre is a race machine, there's no beating about the bush here, this is a cross country machine aimed at serious riders and race wins and with prices starting at £4, 000 that racer needs to have deep pockets too. Trek wanted to design a bike that eliminates the need for athletes to need to choose between a hardtail and a full suspension bike for any given race course.  For the money though you'll be getting some innovative tech that has come to fruition through Trek's years of research and experimentation, through the likes of the Trek STP (Soft Tail Pro) a race bike with a shock connecting the seat stays and the seat tube, through softails with elastomers in a similar position to this new bike that utilises an air shock that has a damper, main pivot and a structurally integral casing.

Video: Travis from Trek talks us through the new Trek Supercaliber

IsoStrut is essentially a tubular suspension unit connected under the top tube at either end and contained within a casing sleeve that moves longitudinally up and down the shaft of the shock via fork style bushings. It's this casing that forms the attachment to the rear triangle and therefore the main pivot just above the bottom bracket shell. It's probably best we show you in pictures - see below... 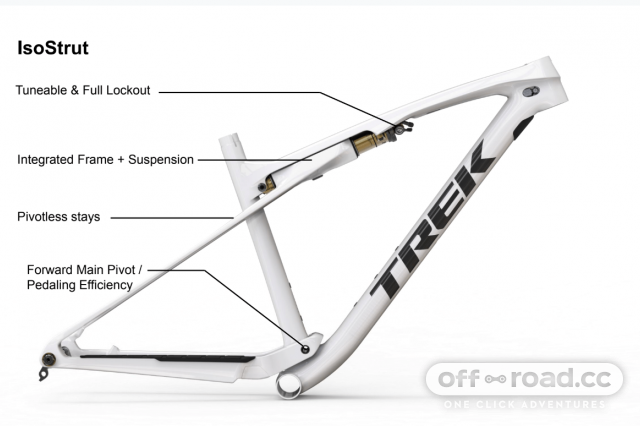 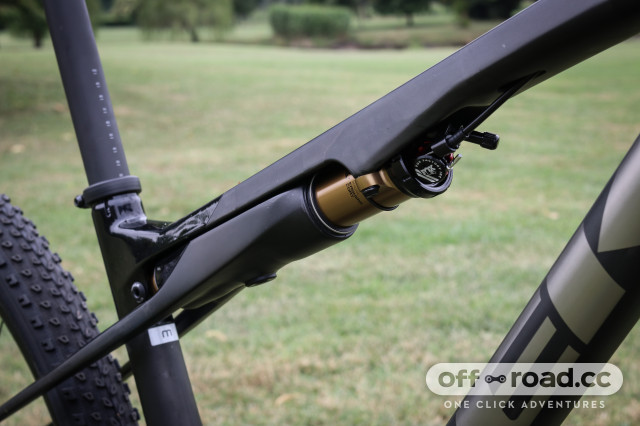 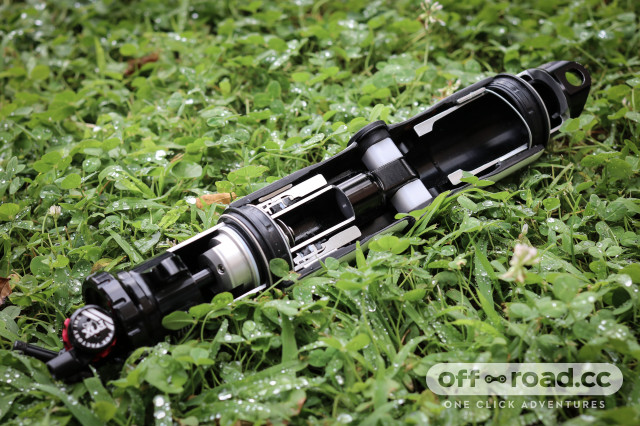 Trek says the IsoStut is a structural frame integrated shock created in partnership with FOXsuspension engineers that provides 60mm of damped, tunable rear travel. IsoStrut is encased in a structural stanchion that prevents twisting, flex and deflection. This unique design gives the bike the exceptional pedalling efficiency and removes the need for excess suspension linkages along with the weight and excess lateral motion that typically comes with them. 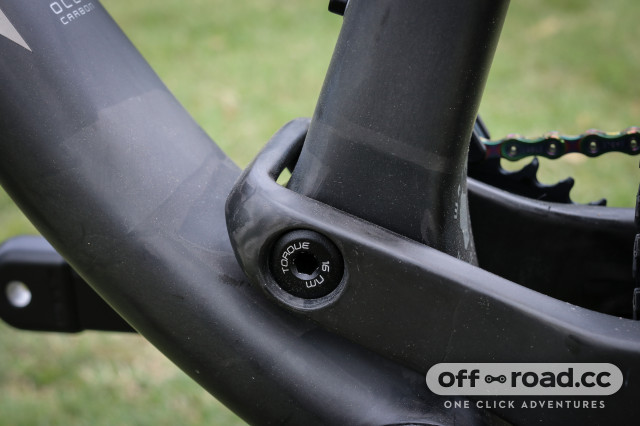 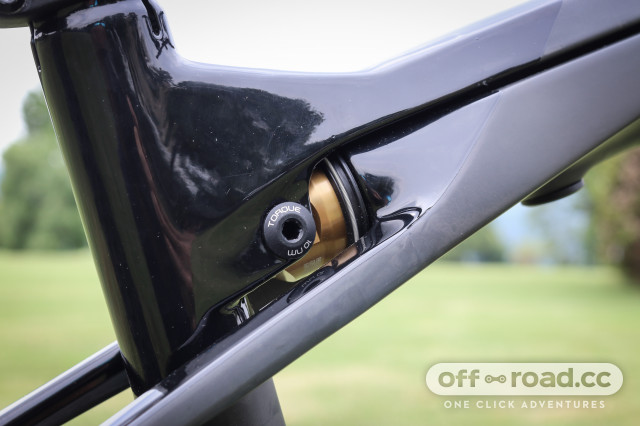 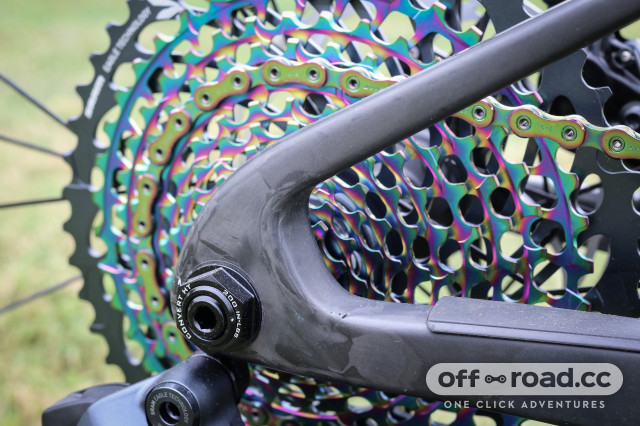 What else is there I need to know?

This bike is positioned in the Trek lineup between the 100mm Procaliber hardtail and the new Top Fuel which will be a 120mm marathon full suspension bike. The Supercaliber gets 100mm fork to complement the 60mm of rear travel, its 29er only across all sizes and comes in carbon only. It gets all the other Trek features you might expect including the straighter, supposedly stiffer down tube in conjunction with the  Knock Block and internal cable routing. On top of that, there's room for two water bottles as per the Procaliber hardtail/ 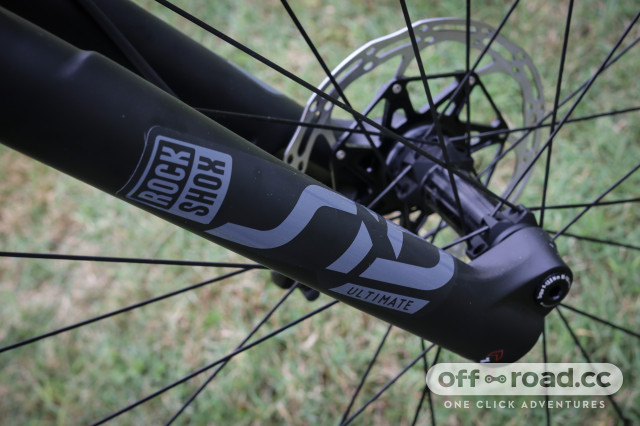 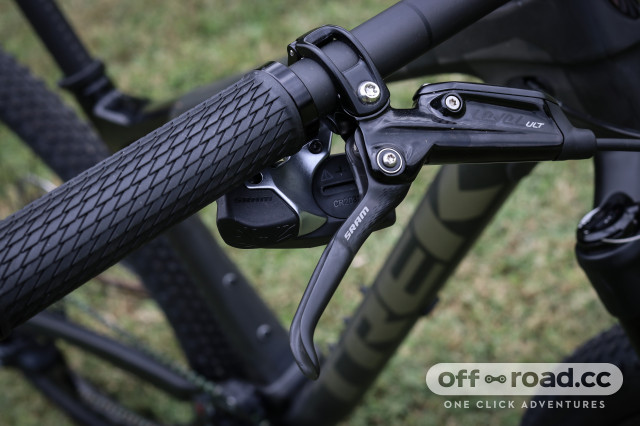 As we told you when the new Fuel EX was launched, Trek has increased their size range and the Supercaliber benefits from a massive 6 bike size range from Small through to XXL. The geometry sees the bike get a 74 degree effective seat tube angle, a 69 degree headangle and chainstays of 430mm. Then a large bike, for examples sake, gets a reach of 455mm, a wheelbase of 1136mm, a head tube of 90mm and a seat tube length of 470mm. Racey geometry but the Large Trek bike is pretty similar in figures to the Specialized Epic full suspension bike. 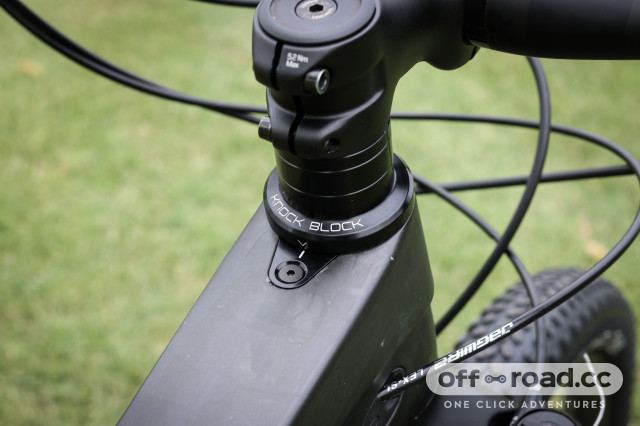 What are my spec options? 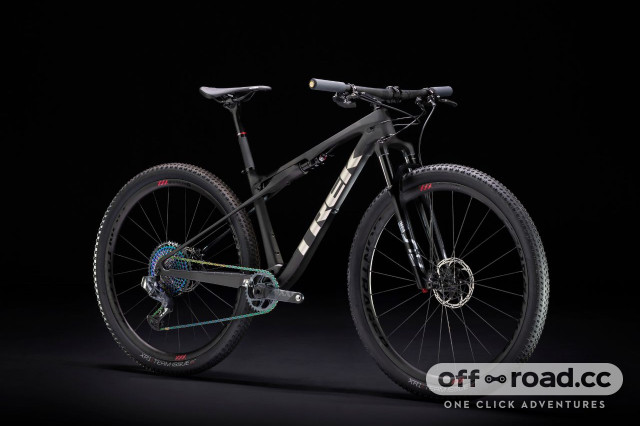 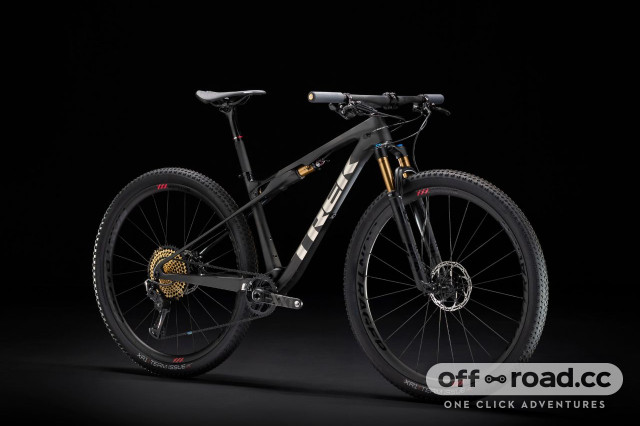 The Supercaliber 9.8 (£5,300) this gets the Performance version of the Fox SC32 and a SRAM GX Eagle drivetrain with Shimano XT 8100 brakes (the new ones). 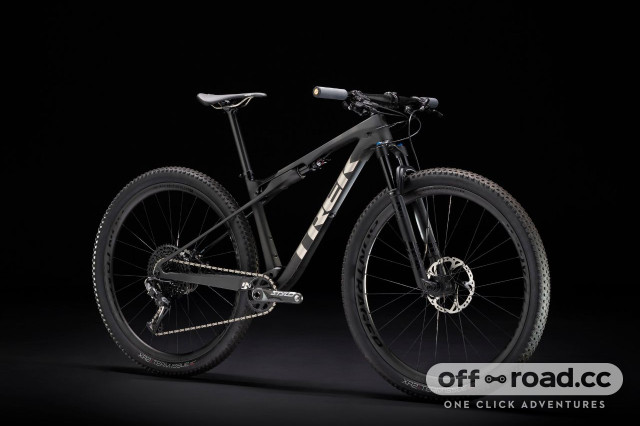 Lastly the Supercaliber 9.7 is specced with a Rockshox Reba RL fork, SRAM NX Eagle and Shimano 501 brakes for £4,000. 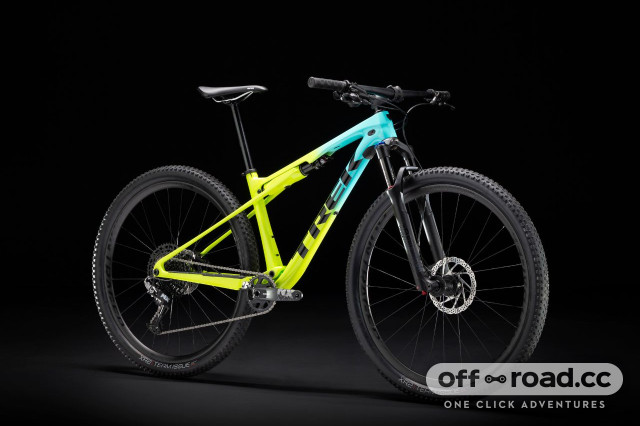 You can also get a Supercalibre frameset for £3,400 and Trek tells us bikes should be in stores by November 2019.

Hi! That's a tough one to answer given that I haven't managed to ride one of these! It looks like this bike is a lot more XC-race orientated so it might make a good Pioneer bike. Your Fuel EX is a little more of a trail bike, slacker head angle and longer travel etc.
I've seen a little about the Pioneer race and I'm thinking that a bike that is more efficient for long hard miles might be better than one that is more adept at singletrack! Might be worth a test ride if you can lay your hands on a demo one at this time?
Let me know how you get on!

Hi Rachel (if somehow you see this) - do you reckon this would be a better choice for The Pioneer than my existing Fuel EX 9.8?