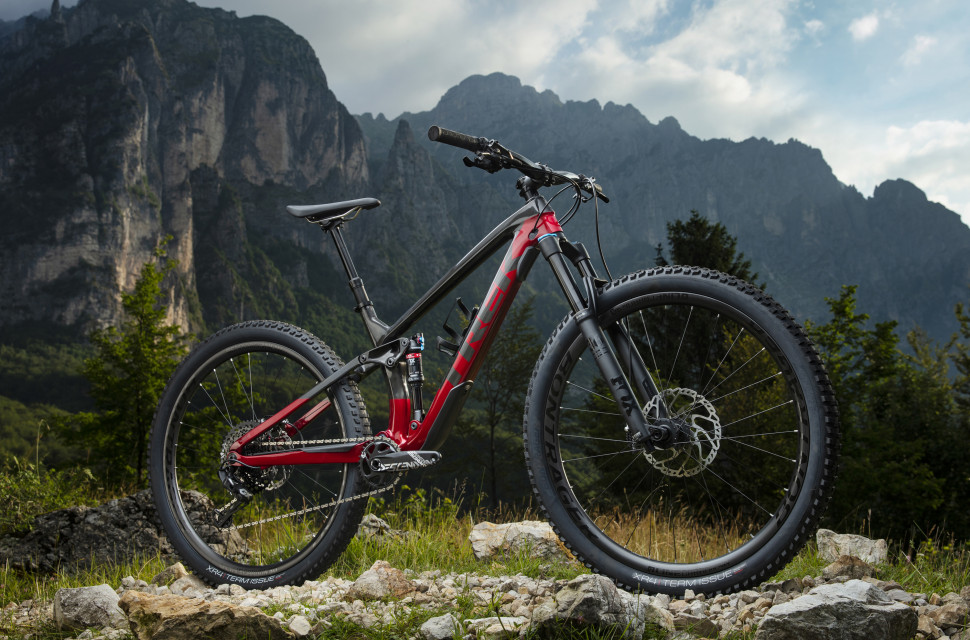 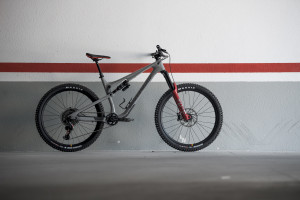 Trek's decade-old Fuel EX line has has been beefed up for 2020, with more reach, a longer travel fork and an internal downtube storage system. The brand has dropped women's specific models in favour of lower standover heights and a broader range of sizes.

The new Fuel EX introduces a host of frame and geometry updates, some of which fall in line with what has been seen on its enduro focussed brothers, the Remedy and Slash. Firstly, Trek has stretched the reach by 10-20mm (depending on size) and slackened the headtube from 67 degrees to 66. The 140mm fork comes in the form of a beefy Fox 36 on the 9.8 and 9.9 models. Other models stick with the trail orientated Fox 34. 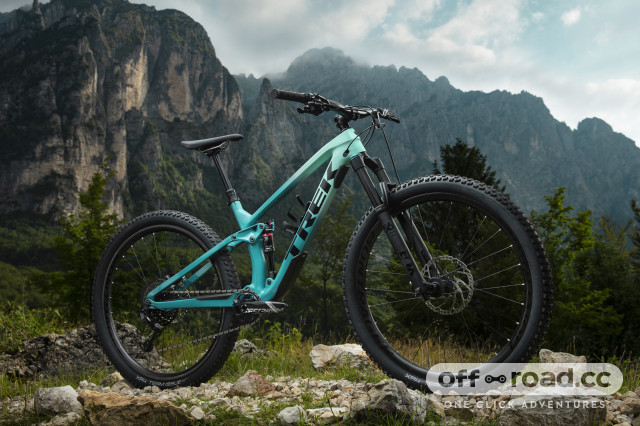 The seat tube has been pushed a degree steeper up to 75 degrees for a more centred riding position and also a greater seat post insertion depth for longer dropper posts. Small sizes of the frame come with a 100mm dropper, medium and large sizes come with a 150mm and large and XL frames come with a 170mm post, but only on the top-end 9.8 and 9.9 models. 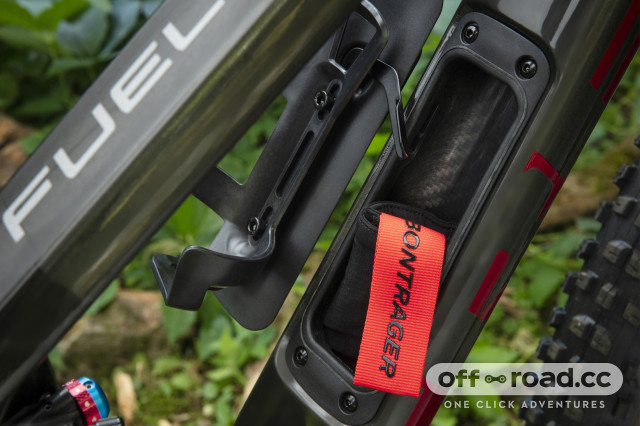 A pretty smart addition to the frame is Trek's answer to packless riding, namely a downtube storage stash. Similar to other brands offerings, Treks internal frame storage also comes with a Bontrager tool roll to quieten any rattles and includes a side-entry bottle cage. 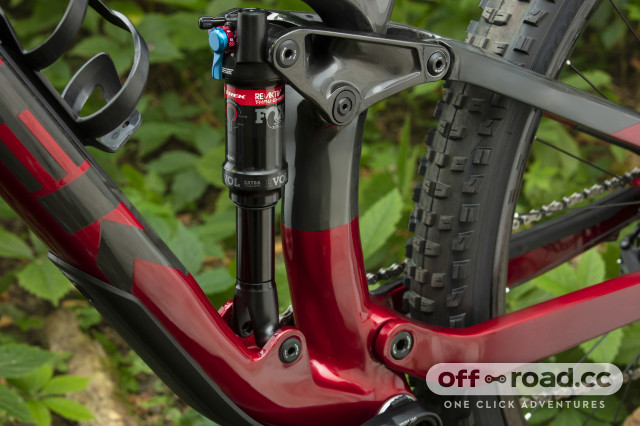 The new Fuel EX comes with an updated RE:aktiv shock with thru shaft tech. That's not new but the brand says it'll now perform better under extreme conditions thanks to an external thermal compensator found next to the rebound and compression dials on top of the shock. A neat addition to the shock is a numbered rebound dial, which should make fine-tuning a bit easier. 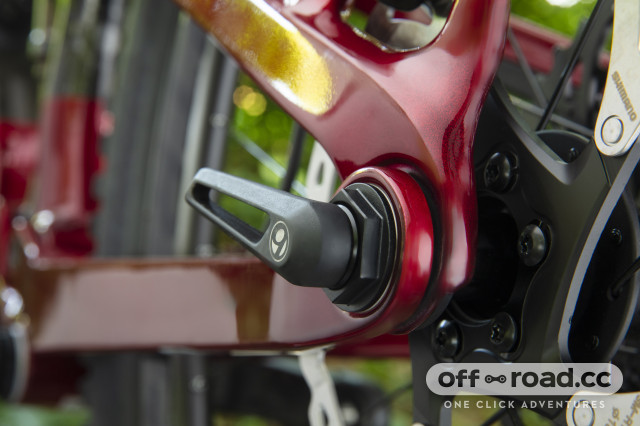 As usual, the Active Braking Pivot finds its way onto the new Fuel and it also gets the straight downtube seen on previous bikes, with the Knock Block to prevent the fork crown hitting the downtube. The 'Minolink' geometry adjustment chip in the seatstay offers a choice between a lower BB height and a slacker head angle for more extreme terrain or a steeper option suited for flatter ground. 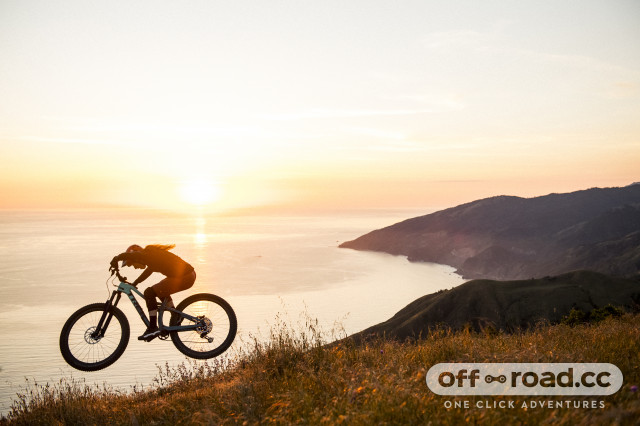 'Bikes for everyone' is Trek's new inclusive way of thinking when it comes to women's bikes. Rather than have a few models built with female riders in mind they've lowered the standover heights and offered wheel size options on the smaller frames. The small gets a choice of 650b or 29" wheels and a 704mm (with 650b wheels) or 717mm (29" wheels) standover. 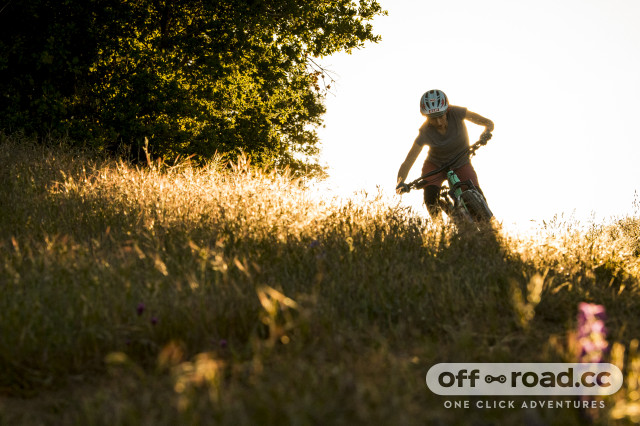 Every model comes in two paint schemes that are unique to each build and frames come in a huge eight sizes from XS to XL (including the wheel choice on the small frame). Each model apart from the Fuel EX 5 comes with a 1x12 speed SRAM or Shimano groupset; the EX 5 comes with a Shimano Deore 1x10. Every build comes with a dropper post and Bontrager XR4 Team Issue tyres as stock.

Pricing is as follows:

We'll be getting one in for test soon, check back soon for its arrival!