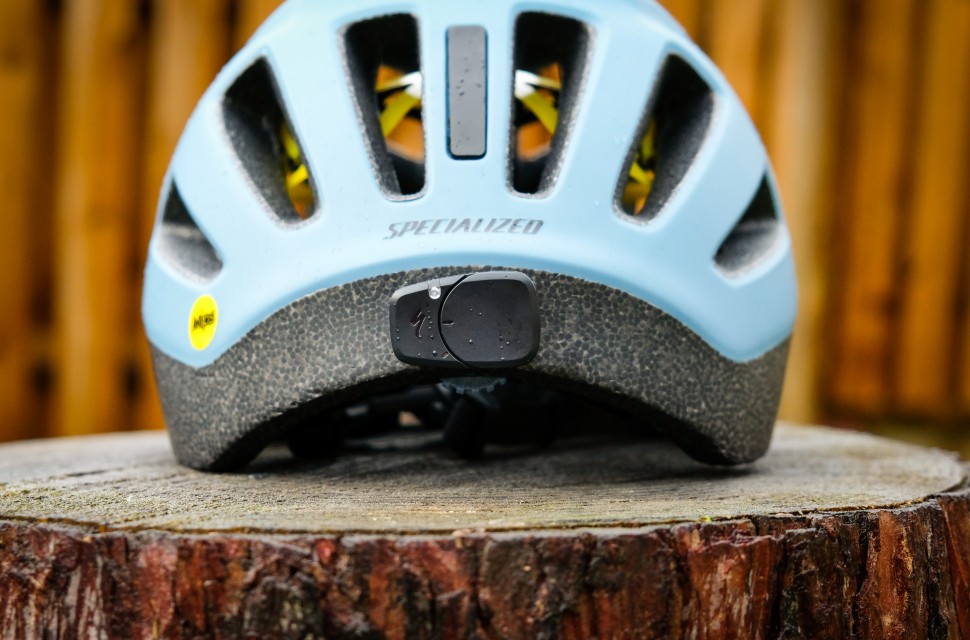 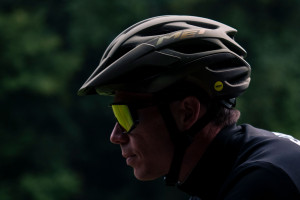 Are these Spengle wheels the most advanced wheels ever?
Tri-bladed, full carbon wheelset breaking the mould

Specialized has just launched some interesting new helmet technology developments where their helmets become crash detectors. New lids also see MIPS added across the ranges alongside the new g-force indicator, ANGi, attached to each lid. ANGi in conjunction with the smartphone app can detect the impact forces as well as rotational and angular ones involved in a crash, it can call home and can send out your location so help can get on the way to you in an emergency. 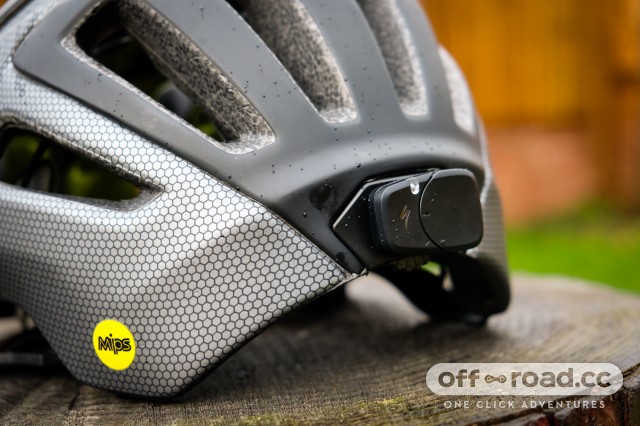 ANGi is a helmet mounted sensor that can detect g-forces associated with a crash, also measuring rotational, angular and linear forces via a gyro even if there is no actual impact on the helmet. The unit attaches to the rear of the lid, either on the back of the EPS foam on the MTB lids or directly to the cradle on the road helmets. It pairs with a Smartphone app (IOS 10 / Android 7 or later) which is then used to contact your emergency number and send our location details. If you think this sounds a little familiar, you might be thinking of ICEdot, a similar concept purchased by the big 'S' in 2017. The founder of which, Chris Zenthoefer is now working for Specialized leading the  ANGi and Ride App program of development. 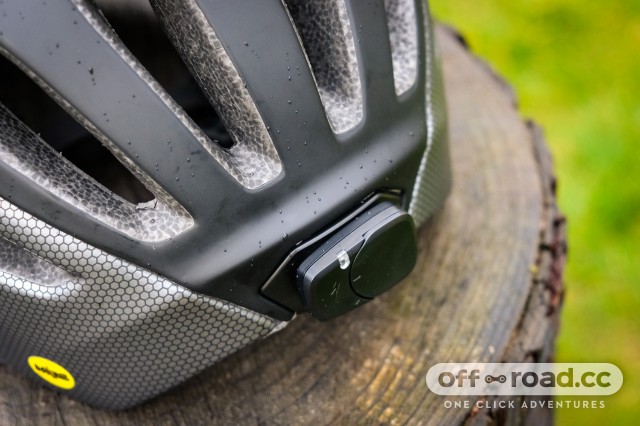 Specialized say "the ANGi unit is designed to react to a threshold of force, its direction and the nature of the impact. At this time these force elements will trigger the app’s communication and location functionality, but would not be specifically be recorded in a measurable way."  So, the unit would alert you to the fact that a significant crash has happened but you could not download or view the specific forces involved. 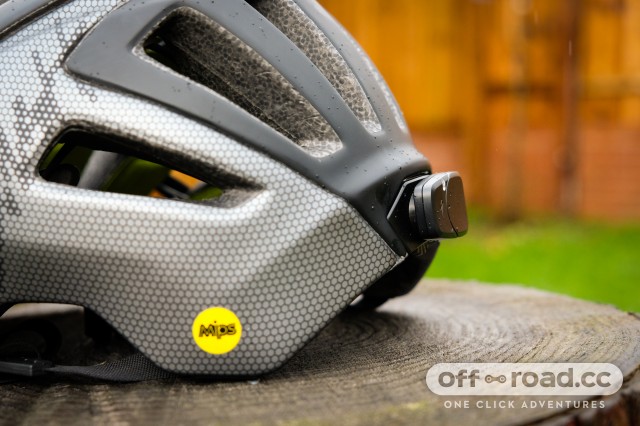 So, let's imagine you have a new lid with an ANGi unit, you have downloaded the 'Ride App' and you have a subscription, what next? Simply 'start' the ride in the app and the ANGi unit will check in with the app every 5 minutes throughout the ride until you tell the app the ride it over. If during your ride a crash happens, detected through extreme g-forces, loss of speed or rotational forces, the sensor connects to the Ride App and sends a text alert to your emergency contact telling them you may have been in a crash. It also sends your GPS co-ordinates to all the contacts you have listed in the Ride App. There is a 30 second time period in which you can cancel the call signal so if you have crashed but are OK, you can cancel the call. 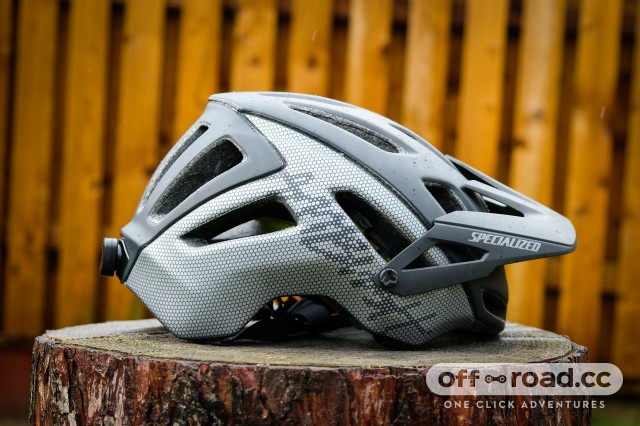 In addition to this, the ANGi unit also provides a functionality which may make riding alone safer. The Ride App allows you to set a time period for your ride, all you need to do is signal when you start your session. Then if you do not complete the ride within the given time the ANGi unit and app will send out a notification to your contacts with your last updated location, Spesh say this will happen whether you have phone signal or not. This signal feature will make the associated problems of riding alone less dangerous as it gives a starting point for a search should you fall, become unconscious or incapacitated on a ride. 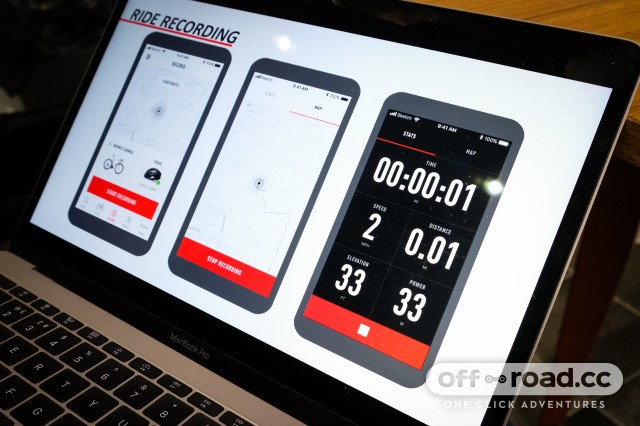 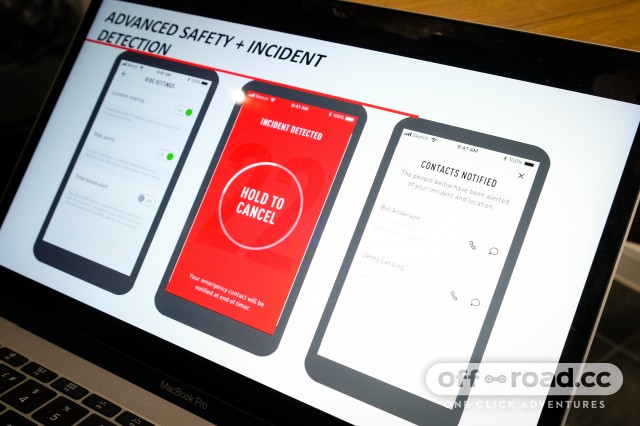 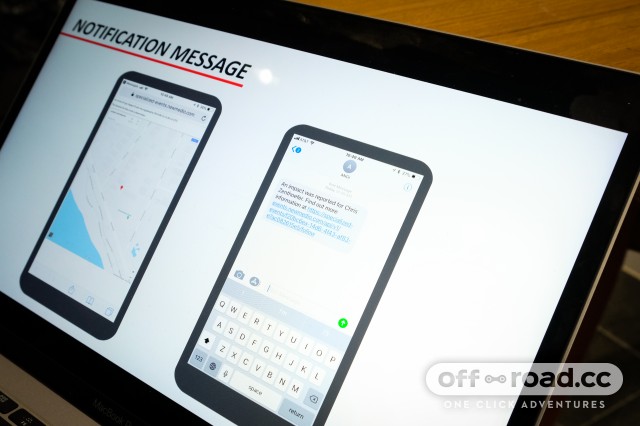 At the end of the ride, once you press stop, the app turns off the ANGi functions, putting the sensor to sleep, negating any accidental drops, rolls or forces that may mean an inadvertent call to your emergency contact!

In a ride sense, the Ride App acts as a live tracker and a safety beacon as well as a crash detection system. The app also records all your ride data, allows you to connect with other riders and will sync with Strava post ride. Specialized says that with the purchase of any ANGi equipped helmet or an ANGi sensor they will include a year's subscription to the Ride App free, after that, there is a cost associated of £22.74 per year which is in the region of one of the premium Strava Summit membership packs of £18.99.

What helmets have ANGi on?

Launching on lids in 2019, the Specialized ANGi unit will feature on the following mountain bike helmets: Ambush, Ambush Comp, Ambush E-Bike and the Dissident. Any helmets that do not come with the ANGi unit attached will have an ANGi ready attachment point which an aftermarket sensor can be attached. 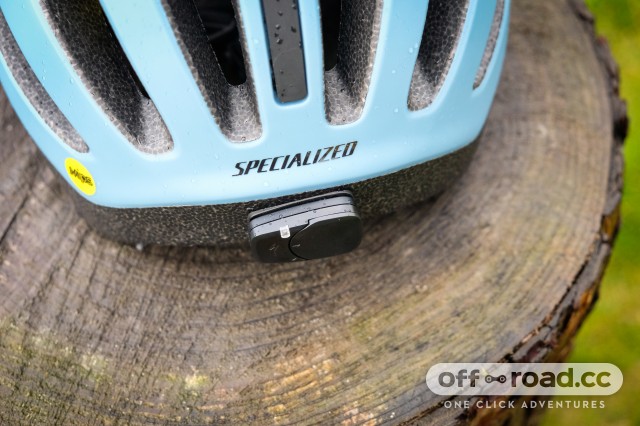 Specialized say that all of their new 2019 helmets will be ANGi ready, they also say that the ANGi unit should be used with a Spesh helmet in order for it to function effectively. We know that the ANGi unit is patented to Specialized, the reason we are guessing they want it to be used just on their lids, it attaches to the helmet via a sticky pad though so watch this space for use on other lids as aftermarket units are purchased. 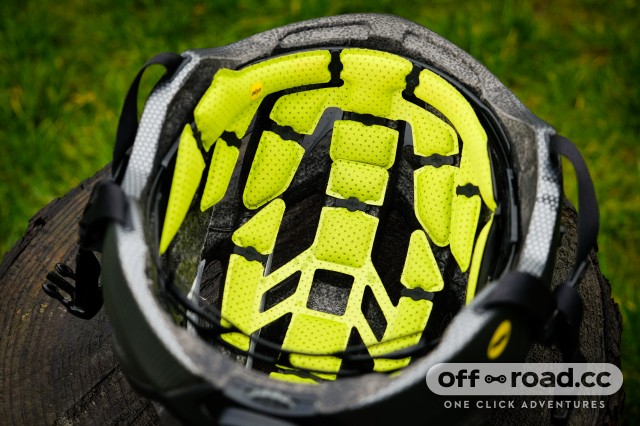 MIPS SL inside an Ambush helmet

MIPS for the first time

Also in the news is the addition of MIPS as an option on every Specialized lid, the exact MIPS layer used on each lid will be slightly different depending on helmet cost. As well as the development of the ANGi system, Spesh have also teamed up with MIPS to introduce MIPS-SL, a new ultralight version of the protective layer that will be exclusive to them. 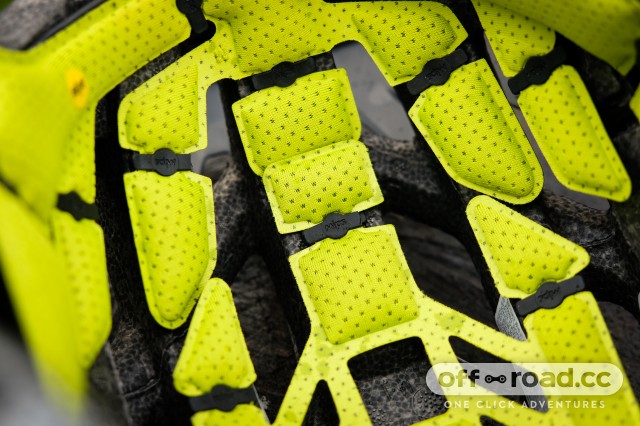 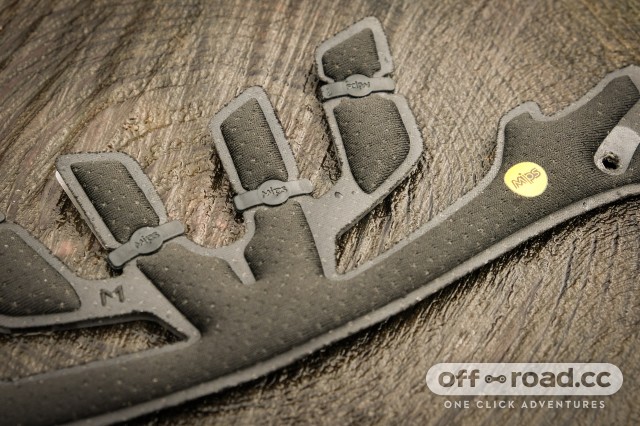 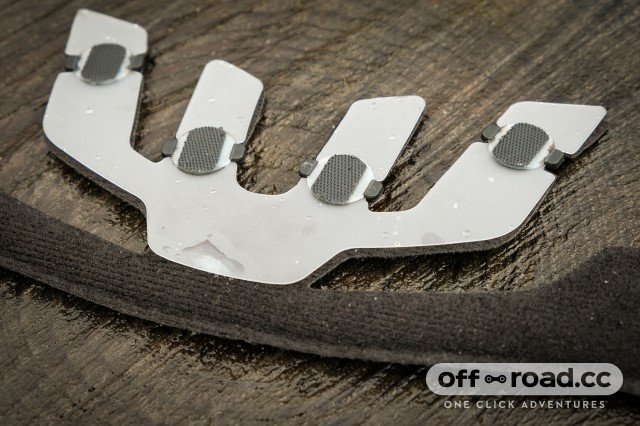 Essentially the MIPS has been integrated into the helmet padding providing 10-15mm of movement in every direction whilst allowing the lid to keep weight down and breathability up by doing away with the plastic insert. It's a little hard to explain, the best way to see the movement is to watch the video below.

MIPS-SL can be found on the more expensive helmets in the range, the Ambush, S-Works TT, S-Works Evade II and the S-Works Prevail II. 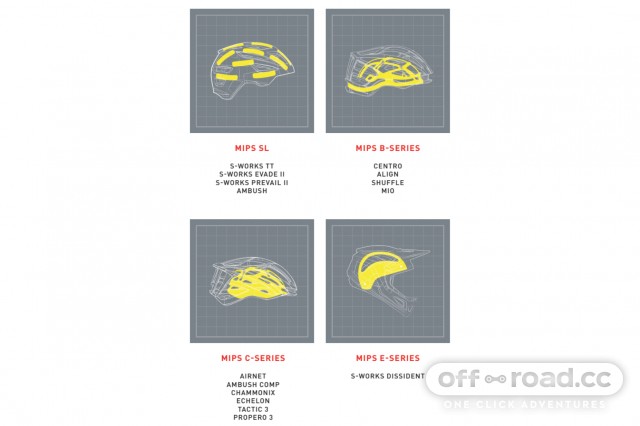 Other helmets get more conventional MIPS layers, namely MIPS C-Series for the Ambush Comp and the Tactic 3 and MIPS-E Series for the Dissident full face lid. 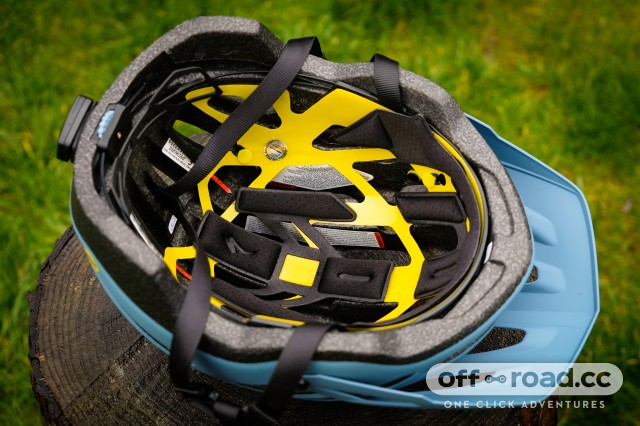 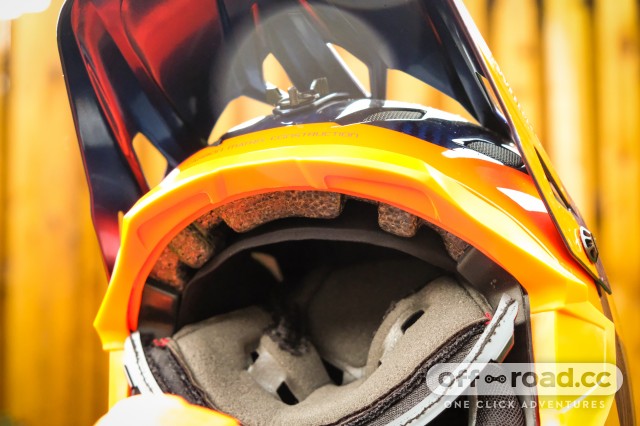 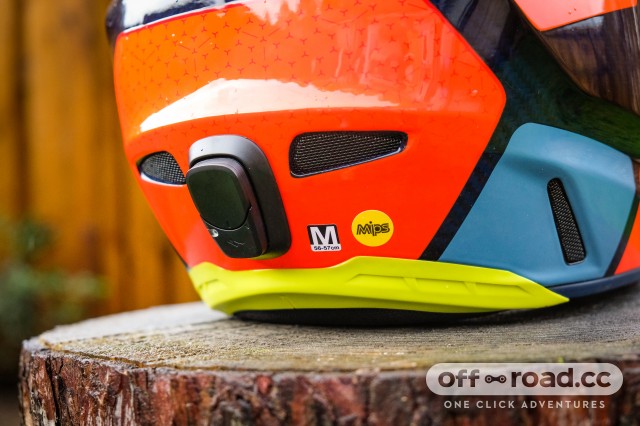 For more info, head to - www.specialized.com