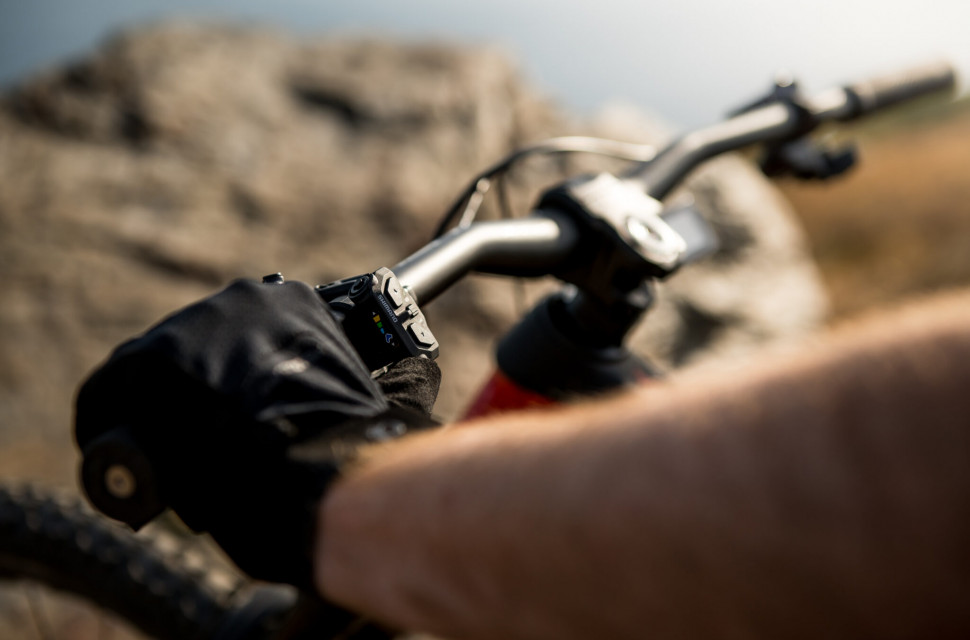 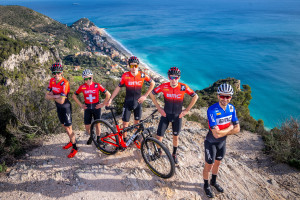 Shimano has unveiled two new e-MTB 11- and 12-speed XT groupsets, a Cues Di2 range of e-bike-specific drivetrains, an all-new EP6 motor as well as updated the existing EP8 which will now be called the EP801.

This announcement follows the recently launched Shimano 105 Di2 groupset and points toward the Japanese brand’s next round of product drops which centre around the growing e-MTB and e-bike market. Shimano has a history of using its mountain biking product concepts as a testbed for the eventual introduction into its broader drop-bar portfolio - which could spell a series of interesting developments for its GRX range of gravel components in the coming months. While the new groupsets and motors represent some impressive updates, the automatic shifting protocol looks to revolutionise the cycling market as we know it. 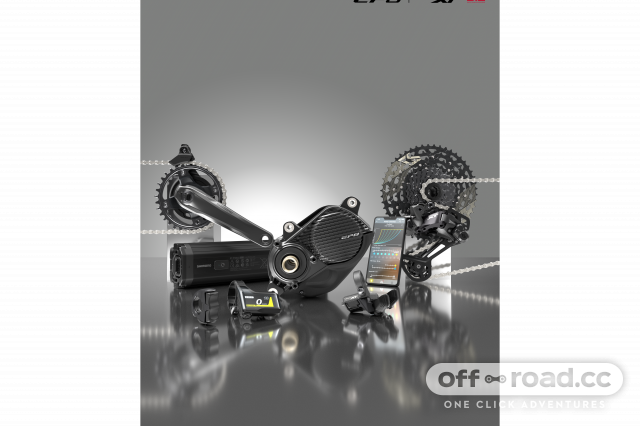 As the cost of living crisis tightens its grip on households around the world, Shimano has conveniently launched two versions of the e-MTB-specific Di2 shifting platforms - an affordable 11-speed Linkglide system and 12-speed Hyperglide option, the latter of which brings electronic shifting to the current M8100 XT mechanical groupset.

Dubbed Deore XT Di2 Linkglide (LG), the 11-speed option utilises an 11-50T cassette (LG700) that shaves 200g off the 780g outgoing LG600 sprocket - the LG700 is rumoured to offer better durability thanks to the introduction of wider, taller teeth. It also benefits from a new M8150-11 Di2 rear derailleur and a new M8150-R/IR shifter (shared between both 11- and 12-speed variations) which is hardwired to the battery. 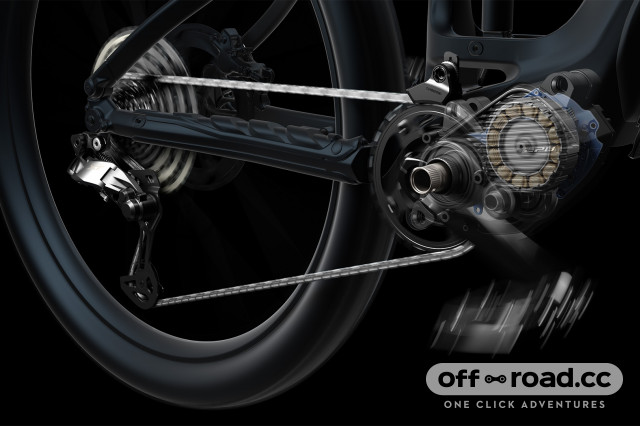 Both drivetrains play nicely with the new EP600 and EP801 e-MTB drive units with power coming from the main battery pack. 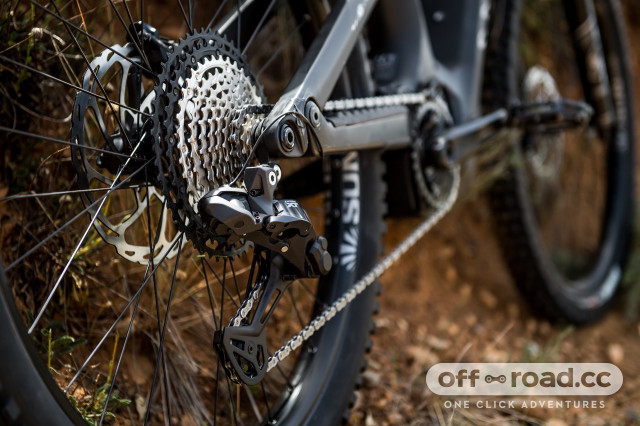 Shimano has also released a dedicated e-bike groupset for the commuter market called Cues - a Di2 system built with durability and performance in mind. Like the aforementioned XT Di2 systems, the Cues Di2 features the same 1x10 or 1x11 Linkglide derailleur-based Di2 drivetrains which also plug into the EP600 and EP801 motors. Both the 10- and 11-speed options employ a medium-cage derailleur which can accommodate a maximum rear sprocket size of 43T and 50T respectively. 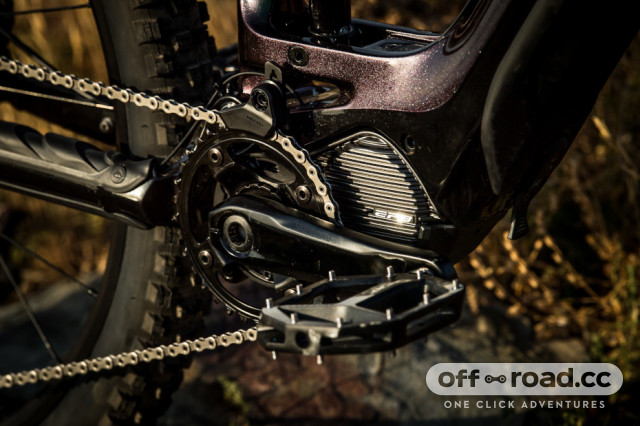 To make the most of the new drivetrains, Shimano has developed two ‘new’ powerful motors - one completely new option, the EP600, and the other an upgraded version of the EP800, the EP801. The EP600 claims to bring the same performance levels as the EP801 but at a cheaper price point. At 3kg, it produces 250W and 85Nm of rotational force.

The EP801 produces exactly the same power and torque outputs as the EP600 but weighs a staggering 300g less, tipping the scales at a scant 2.7kg. Like the EP6 series motor, it’s compatible with the new XT Di2 and Cues drivetrains, and all Di2-governed internal hubs and mechanical gear sets. 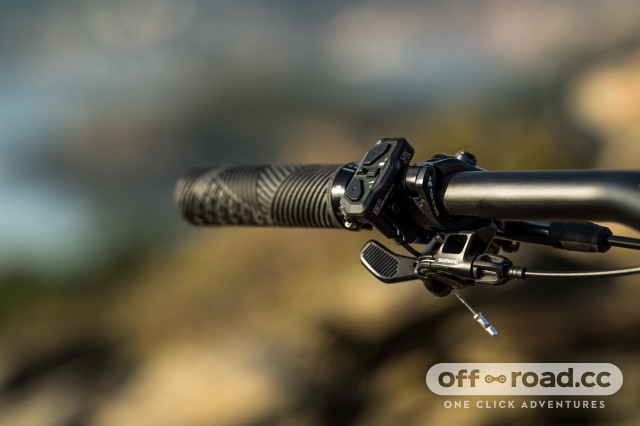 The big news, however, hinges around the new shifting modes. All three Di2 drivetrains feature two shifting protocols: Free Shift and Auto Shift. As the name suggests, Free Shift allows you to move through the gears without any pedalling input. This mode offers controlled and smooth gear changes, regardless of the situation and will radically reduce mangled chains and crunching gears that often materialise from the excessive force of the motor when negotiating tricky or technical terrain.

The other mode is what Shimano calls Auto Shift with Manual Override. This mode is fully automatic and will calculate shifting patterns based on your speed and cadence, and can be overridden by merely clicking the shifter. Used in tandem with Free Shift, Auto Shift will even predict the correct gear for when you start pedalling again. 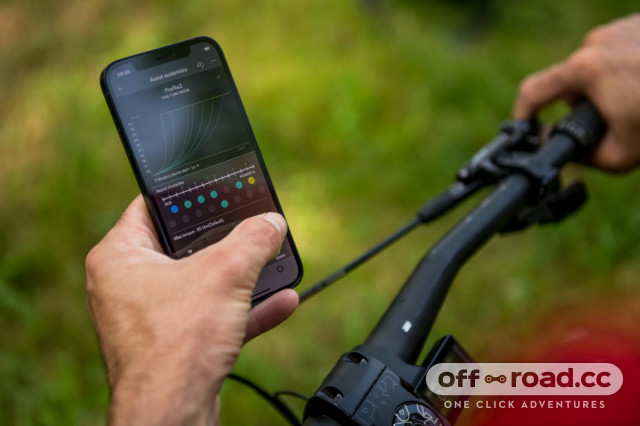 The three new Di2 drivetrains and EP6 and EP801 motors are expected to reach the market come late spring/early summer 2023. Owing to the fact that they are designed to work as a system, these will only be available on complete bike builds and Shimano has no plans to sell each component individually - for now at least.

The new products will be on show at Eurobike 2022 which gets underway this week in Frankfurt, Germany. Be sure to follow all our Eurobike coverage over the coming days, including our thoughts on the new Shimano drivetrains and motors.