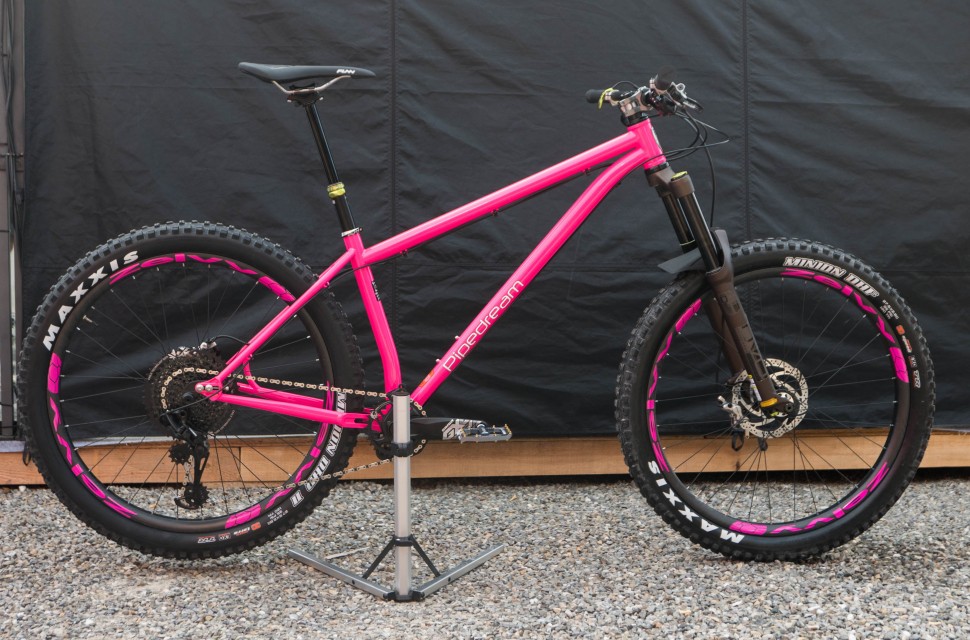 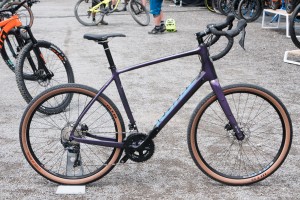 Pipedream's new hardtail is probably the loudest and lariest we've seen for a long time, thanks to a hot pink paintjob and a steel frame with seriously long and slack geometry.

It's an almost production ready prototype that uses a custom butted 4130 steel frame with a chunky 160mm of bounce up front. Though Eurobike 2018 is the first time we - or anyone else - has seen it in the flesh, Alan from Pipedream did tease us with the geometry figures a while ago and it's safe to say it's one of - if not the - most radical hardtails around.

There are currently two sizes of frame, one with a reach of 470mm and another with a reach of 510mm. Even in the larger frame, the seat-tube is shorter than usual as it's designed to be used with the latest generation of 170mm+ dropper posts. That means it's still possible for a shorter rider to fit on the larger reach frame and vice versa. It's a forward thinking approach to geometry that we're seeing more and more of as it allows riders to select a frame based on riding style and preference, rather than height alone. 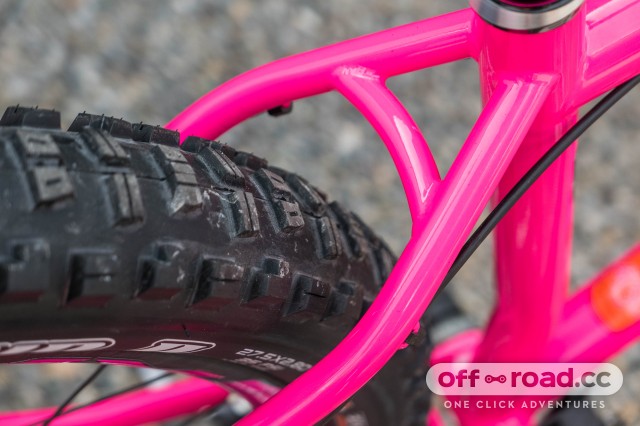 Thanks to a 76.5º seat angle, the longer reach frame still only has an effective top tube length of 664mm, so when paired with a 35mm stem, it shouldn't feel too barge-like when seated or climbing, even for shorter riders.

Up front, there's a 160mm travel fork in a short and stocky headtube. Alan explained that it's possible to pop in an angle-adjusting headset if you want to make it any slacker than the current 65º and he's also been experimenting with fork offset to be able to balance a slack head angle but retain fast handling. 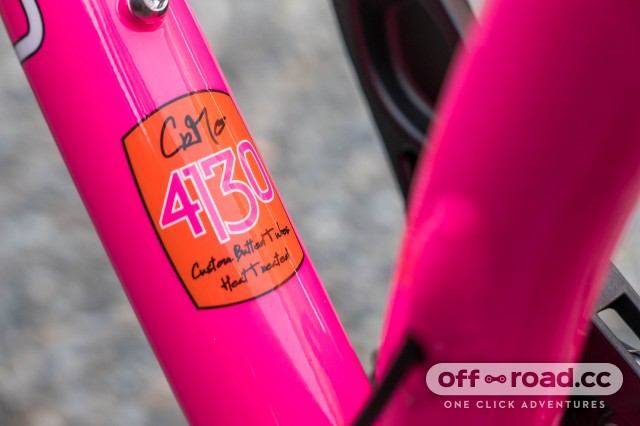 Most of Pipedream's previous steel bikes have been made using Reynolds tubing, but this bike uses a completely custom tubeset made from 4130 steel. Alan says that while Reynolds has brand recognition, moving to a tubeset designed and drawn specifically for this application rather than having to pick from a generic selection of tubes has opened up a world of possibilities. 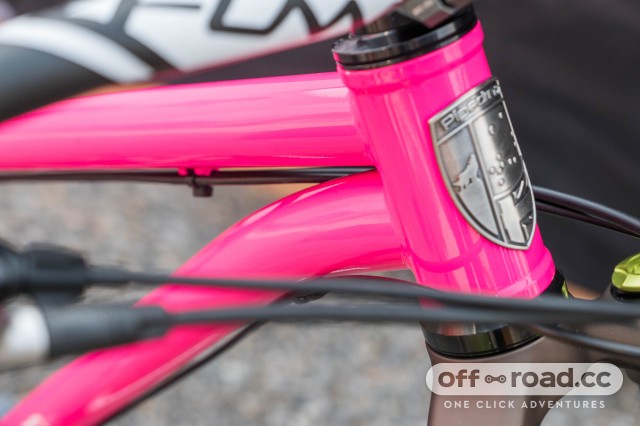 The most obvious of these is that there's no headtube gusset, which is a common sight on longer travel steel hardtails. Instead, the wall thickness is increased where both the down and top tubes meet the headtube, before tapering away. The downtube also becomes ovalised near the bottom bracket, giving a greater weld area for strength and also increased stiffness when pedalling. 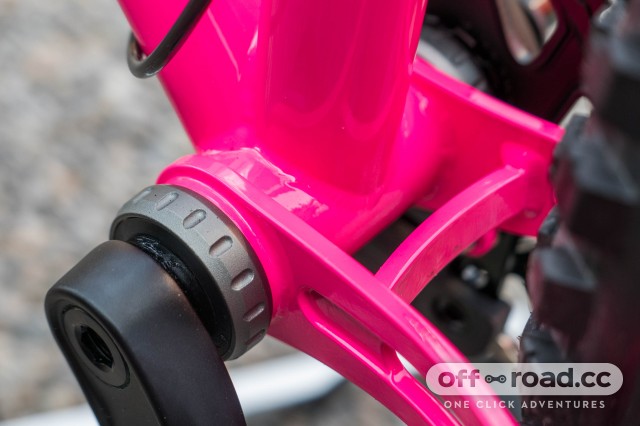 One of the neatest parts of the frame is the plated chainstay junction, which attaches to the bottom bracket by wrapping around it. It's pretty but it also gives masses of mud clearance and allows you to run seriously chunky 2.8" 650b Plus tyres in there. It's also possible to run a 29" wheel with resulting mild changes to frame geometry, while the chainstay length can be adjusted from 415mm to 431mm thanks to sliding dropouts with Boost 148 spacing.

We're big fans of a rad steel hardtail here, so we'll be getting hold of ones as soon as we can.

UPDATE: The Moxie frame is now available for pre-order at an introductory price of £579.00, for orders placed between now and October 11th. Frames are scheduled to arrive from January 2018.

In the meantime, you can check out the current Pipedream Cycles range here.