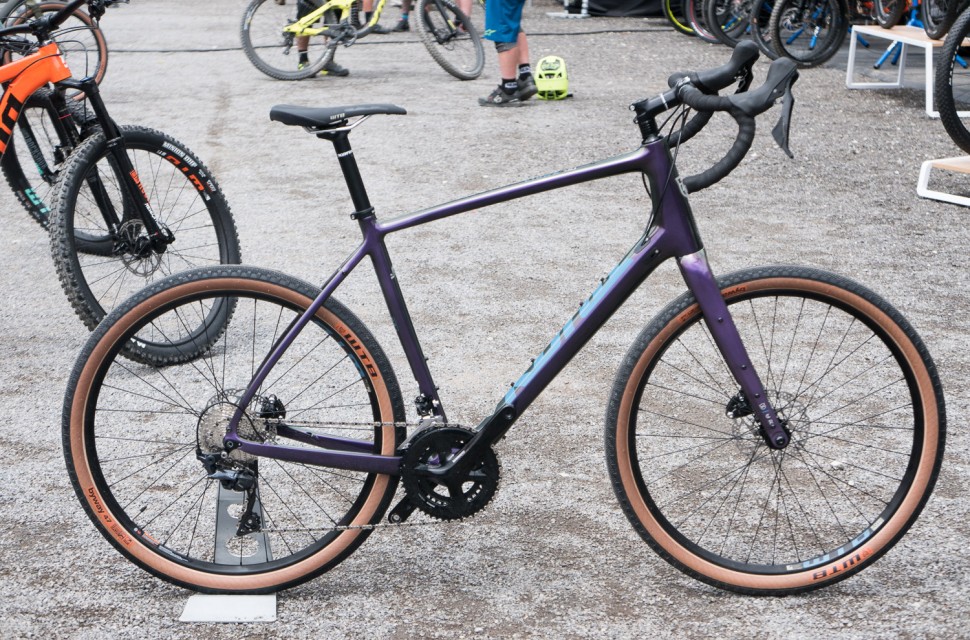 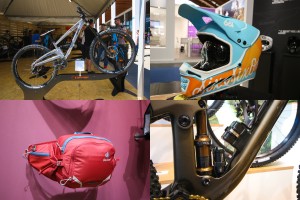 New stuff seen at Eurobike 2018 - cool kit, bikes, tools and gear we found at the show this year
We hunt down the most exciting bikes and kit of 2019

Brace yourself for a glut of new products, because Eurobike, the bike industry's biggest trade show, has just kicked off in Austria. We've been checking out some shiny new bikes and bits from the likes of Kona, Rondo, Nicolai and more. Here's a quick roundup gallery to whet your appetite for the deluge ahead... 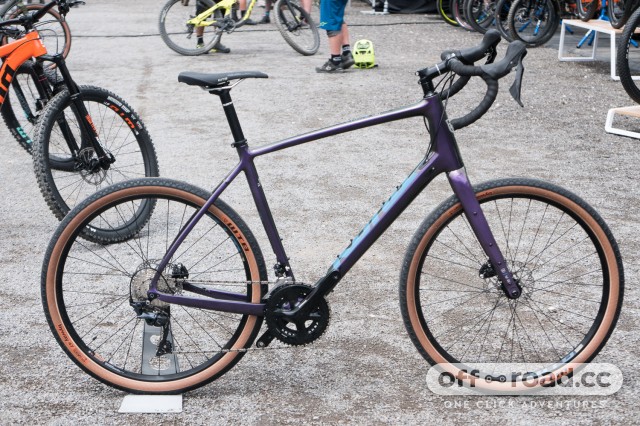 This is Kona's new do-it-all drop bar bike and they reckon it can serve as a fat-tyred road bike, gravel racer, bikepacking machine and a whole load of other things to boot. There are two bikes in the range and they both share the same disc-equipped carbon fibre frame, which is liberally peppered with bottle cage mounts. 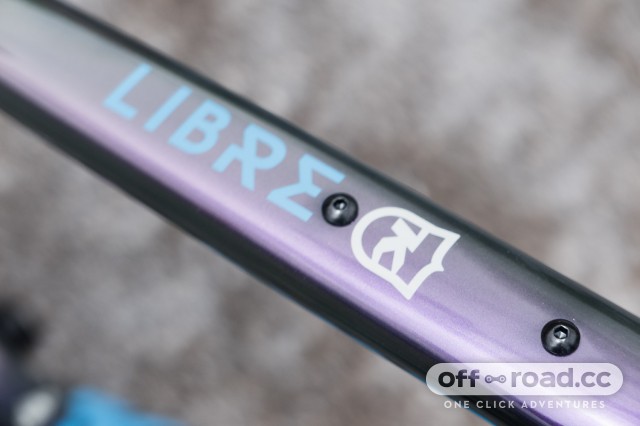 The two bike range consists of the rather lovely looking Libre pictured here and the Libre DL, the main difference between the two being that the former is made as a more road-focused machine with 650b wheels and 47c rubber and a 2x Shimano drivetrain, while the latter gets 700x45c rubber and a SRAM 1x group for a more off-roady vibe. 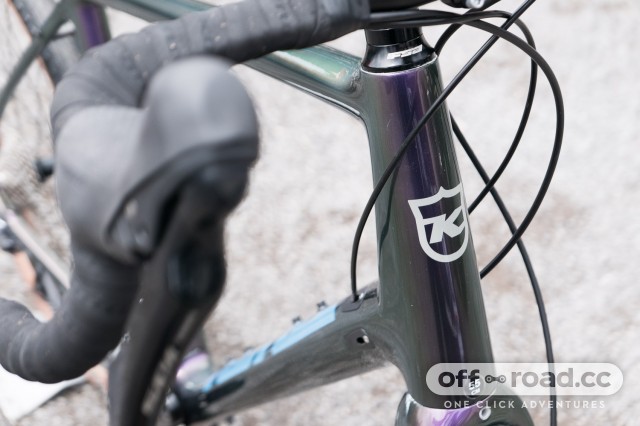 As you might notice from the frankly almighty head tube, the geometry is pitched in a quite relaxed fashion, taking plenty of cues from Kona's mountain bikes. There are some big old bars fitted too and there's even internal cable routing for a dropper post should you wish to get seriously rad. 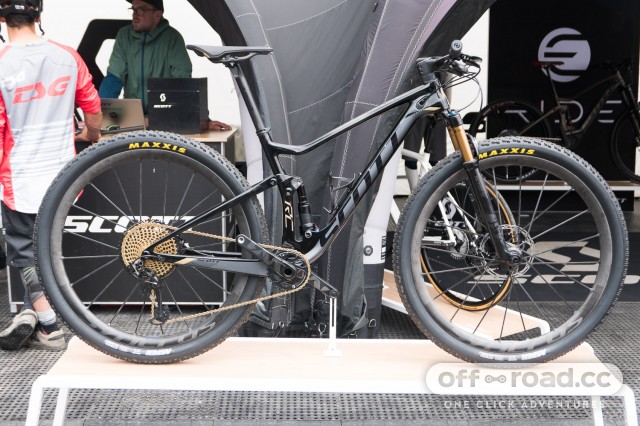 Scott's Spark is no porker, even in the lightweight world of high-end cross-country race bikes, but they're gone a step further with this particular build, which uses the range topping, single ring only RC Ultimate bike. However, what little fat is present is trimmed further by adding some carbon fibre Syncros Silverton SL wheels, which use the spendy black stuff for everything from the rims to the spokes and hub shell. 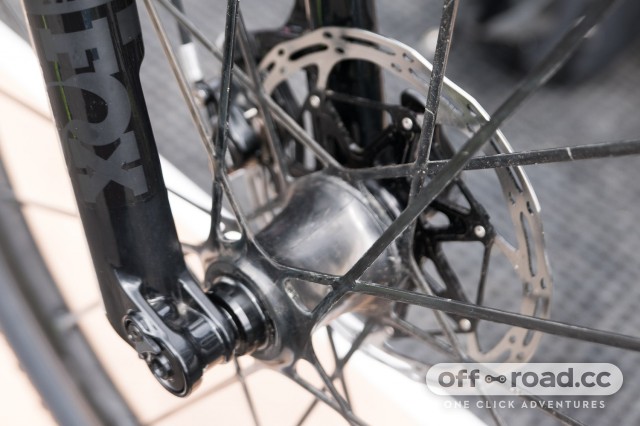 Sadly we didn't get to find out just how lightweight the bike was as it was firmly attached to the Scott stand - presumably to stop it floating away. With the wheelset alone costing $3,500 keeping a tight eye on is probably a good idea anyway... 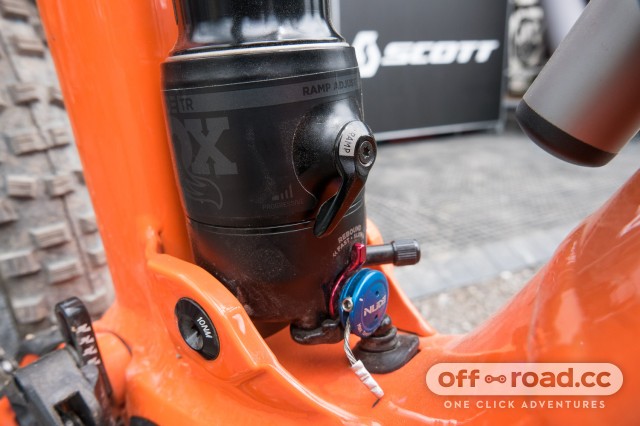 While we were poking about the Scott stand, we also spotted this special air can on the Fox Nude DPS shock fitted to their E-Genius pedal-assist bikes. With the twist of the little lever, you can make the bike more or less progressive, so you can choose how much ending stroke support you want without having to open the shock up and mess with volume spacers. It's a neat little touch that we hope will make it on to other Fox shocks... 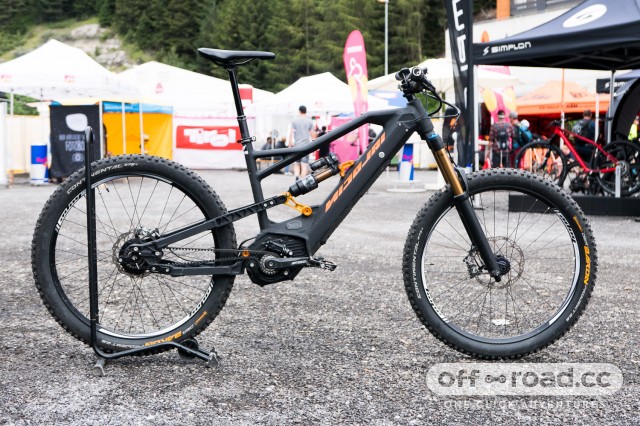 Amongst their showing of both conventional and electric bikes, all with the hugely long reach figures we've come to expect from the German brand, was this Rohloff hub gear equipped bike. It's of interest because Rohloff gearboxes really don't like shifting under load, but when paired with a Bosch motor, clever torque sensing electronics cut power at the right time to enable a smooth shift - well, in theory. 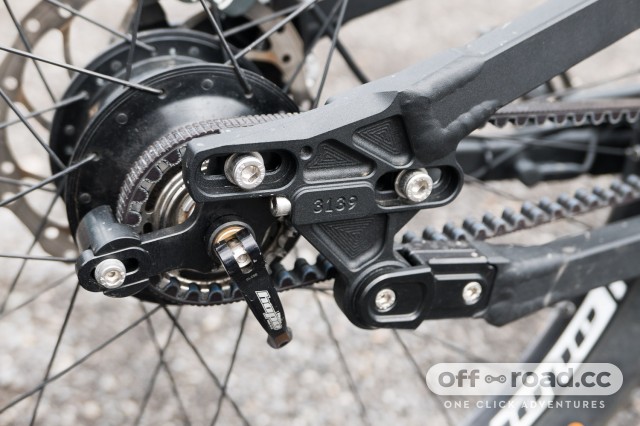 Elsewhere, there's adjustable geometry to allow you to use normal or Plus tyres with the 27.5" wheels, while the frame is finished to Nicolai's usual high standards, with lovely fishscale welds all present and correct. Thanks to using a Gates belt drive, there's no need to lubricate or otherwise maintain the drivetrain. 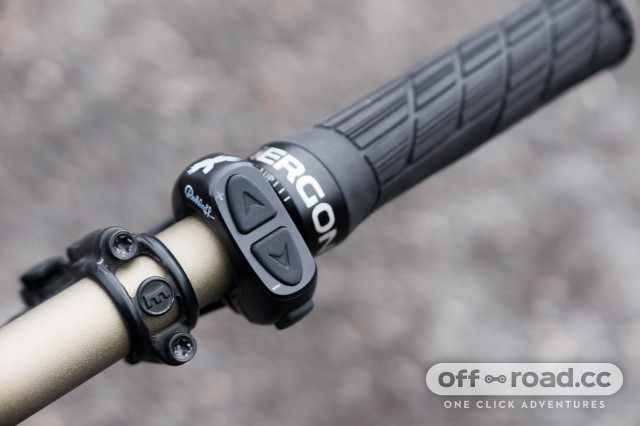 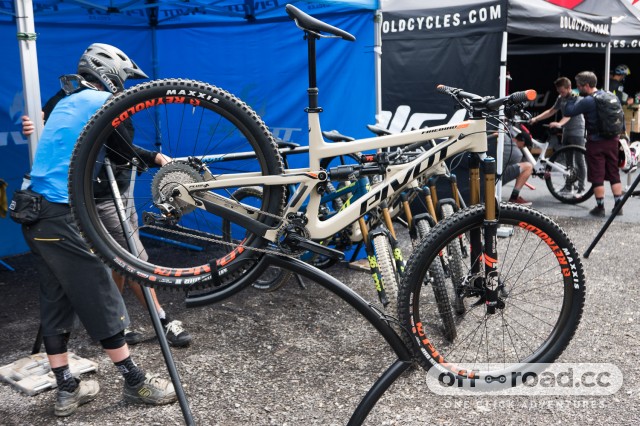 Announced a few months back, it's our first time seeing this particular avian enduro machine in the wild and it looks really rather impressive. There's 160mm of travel at either end and a chunky carbon frame tying it all together. 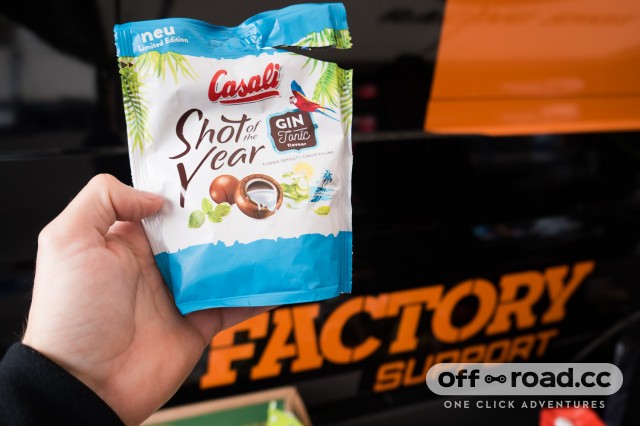 We swung by the Fox stand to see what was new, but it turns out that they have nothing new to show us - or certainly nothing new they were willing to talk about. Still, This gin and tonic filled chocolates meant it wasn't a wasted trip... 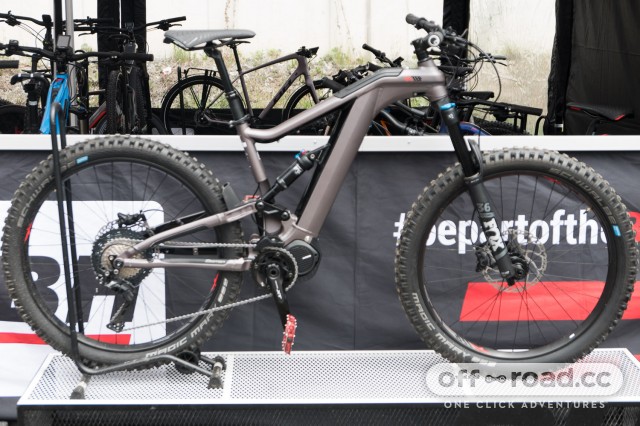 Spanish brand BH has this new e-bike on show, using a Shimano motor and 27.5" Plus tyres. The looks are fairly striking though - a hint of 1990s Cannondale that's been through some sort of futuristic makeover we reckon.

A Superior sort of bike 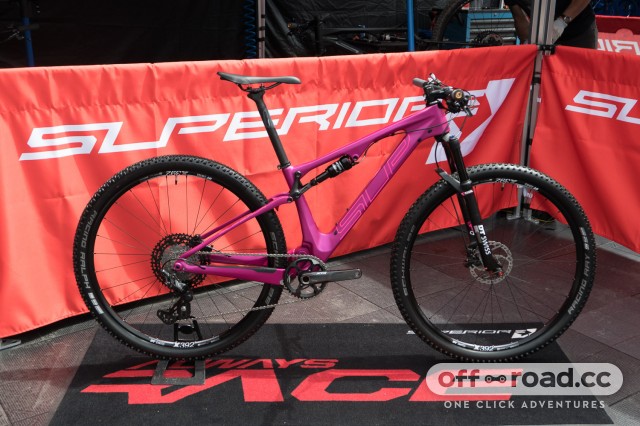 Superior is one of those brands that you don't hear of much in the UK, but this Modo is their lightweight carbon cross-country race machine. This particular build has just 100mm of squidge at either end, but with a change of shock shuttle and shock, the same frame can kick out 120mm of travel for anyone that wants a bit more of a trail bike. 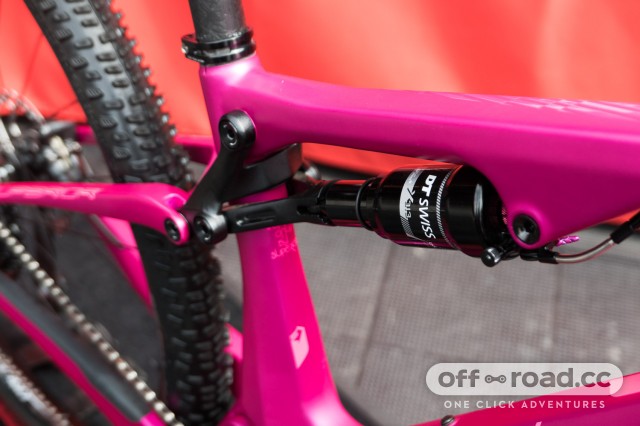 Anyway, we've had a chance to ride some of these machines, so stay tuned for some first rides coming soon...