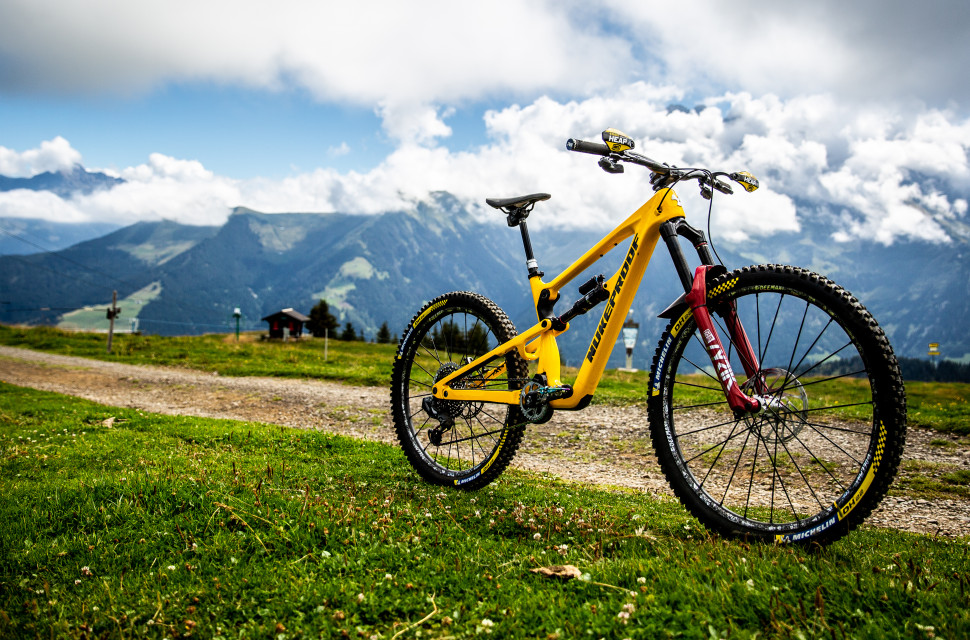 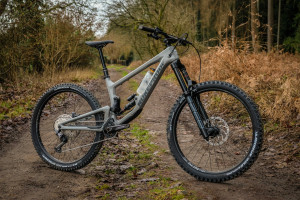 Video: Sam Hill & The Giga; Gluttony is not a sin
Watch Nukeproof's main man show us how the Giga is supposed to be ridden

After a round of speculation and sneak peeks during the 2020 EWS season, Nukeproof has unveiled the new 2021 Nukeproof Mega V4. The brand has delved into its history with the new carbon and alloy frames carrying a number of nods towards previous iterations. For 2021, the Mega gets more waterbottle space, a saddle offset based geometry, and an improved suspension platform.

Nukeproof has put a lot of effort to keep the new Mega to look like a Mega while adding a bunch of handy tricks to the frame. On speaking to the brand they said it was important to retain the Mega's character and recognisable frame details. The carbon bike gets full internal, tube-in-tube, cable routing and the downtube is kinked as close to the BB as possible to allow for space for a bottle cage at the lowest part of the frame possible on both the carbon and the alloy bikes. There's also a gear accessory mount under the top tube for full enduro goodness. 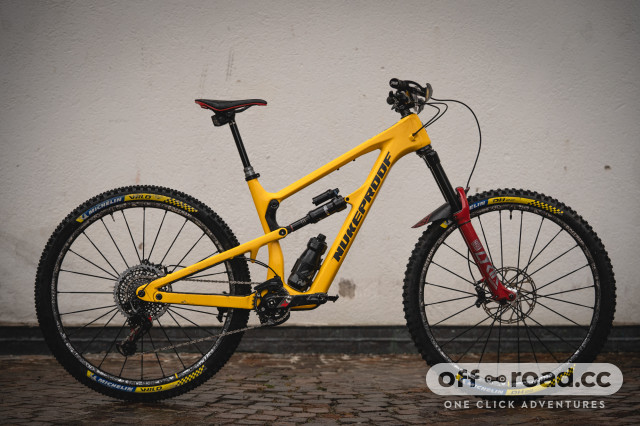 Along with integrated downtube and ridged chain stay protection, the seat tube is designed to allow for maximum seat post insertion and the frame can fit a 2.6" tyre on the 275 frames and a 2.5" on the 290 frames. 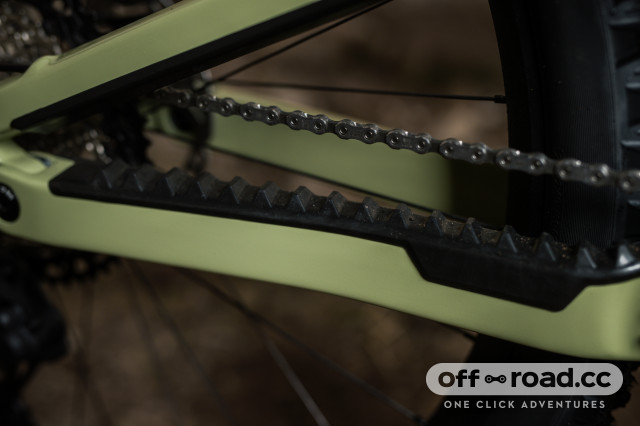 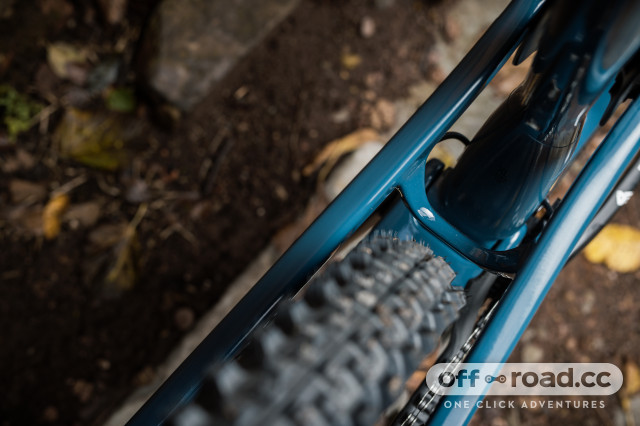 Interestingly Nukeproof bring a new geometry figure to the chart of the Mega V4 is based around the saddle offset for each size with the aim to achieve similar seat tube angles for each rider based on the average saddle height for riders on each frame size. Because of this, the bike gets steeper seat tube angles across the size range. Think of it like this; the saddle position gets higher and consequently, the effective seat tube angle gets slacker for riders that are taller, Nukeproof has thought about what saddle height a rider might have on a given bike and then designed the frame do the 'saddle offset' that you see below stays consistent throughout the range. The result is steeper seat angles across the board, but especially on the bigger sizes to optimise weight distribution for larger riders, they won't find themselves positioned towards the rear axel when seated which is inefficient when pedalling. Some other brands do a similar thing but it's interesting to see it called Saddle Offset and to see it on bikes at this price point. 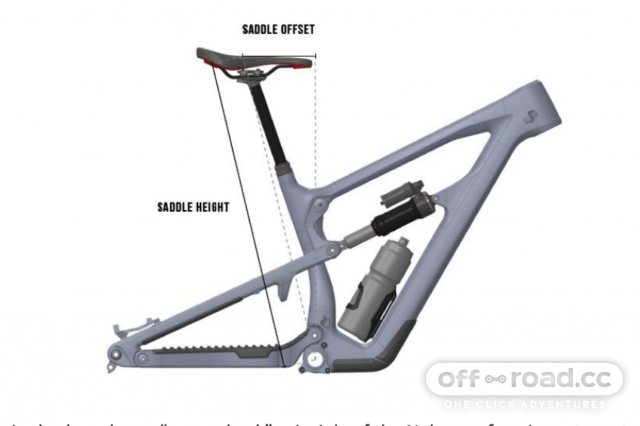 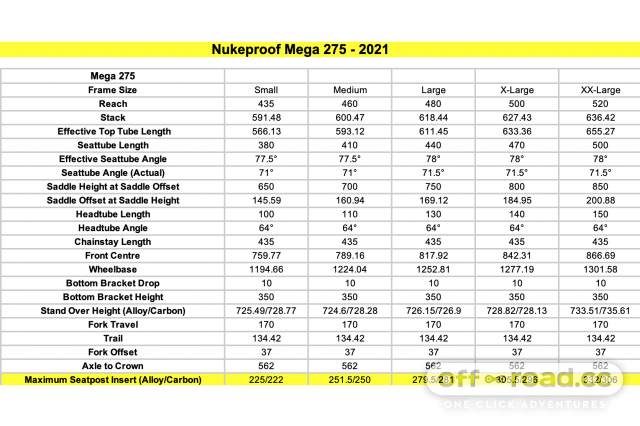 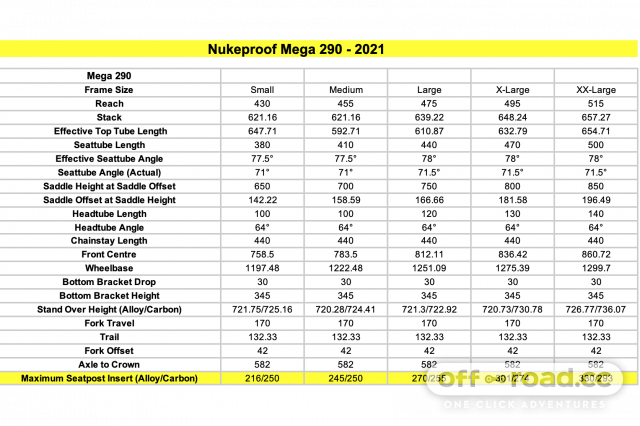 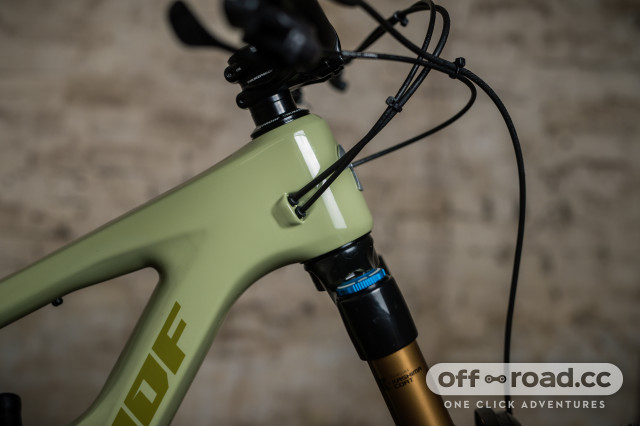 Along with the updated geometry and fancy frame tricks, a lot of thought has gone into the new bikes' suspension platform. As before, the Mega V4 uses a 4-bar horst link set up with the recognisable swing link, which for this iteration, has been better integrated with the frame. 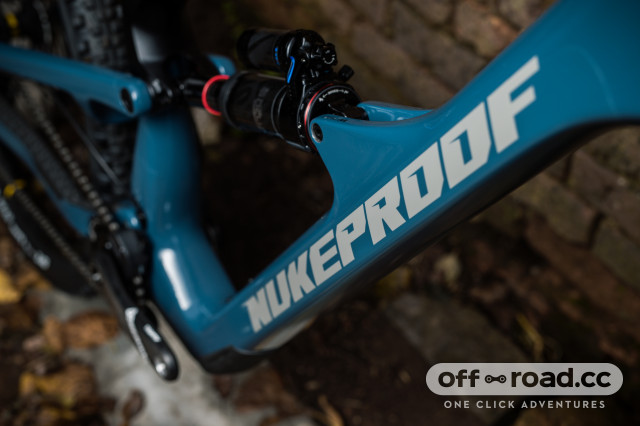 It's designed to be more supple off the top while remaining supportive and progressive through the rest of the travel. The usable SAG range has been widened too, so riders can tailor the suspension better.

Nukeproof has reduced the overall progression from SAG to increase tuneability and as heightened the leverage ratio to improve sensitivity. The leverage ratio has less of a regressive start which improves breakaway movement and small bump compliance. There's stronger midstroke support for more supportive cornering and the end stroke leverage. 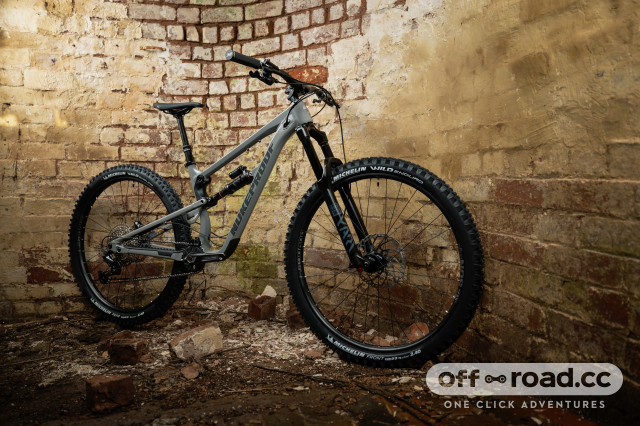 In the Nukeproof Mega V4 range are two new frames (the 275 and 290) with four build options. At the high end, you get a carbon frame, a 170mm RockShox ZEB Ultimate Charger 2.1 RC2 fork with Mavic Deemax Pro Sam Hill hoops, and SRAM Code RSC brakes. Driving the bike is a drivetrain from SRAM and the Xo1 Eagle 12-speed set up. 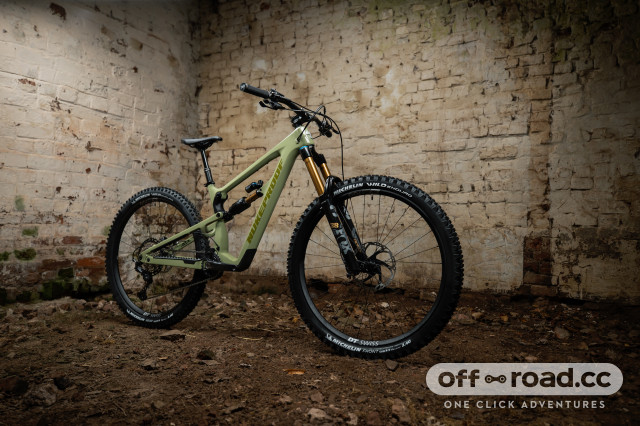 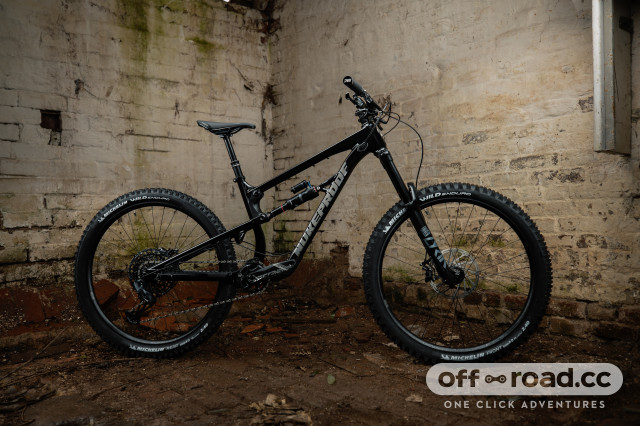 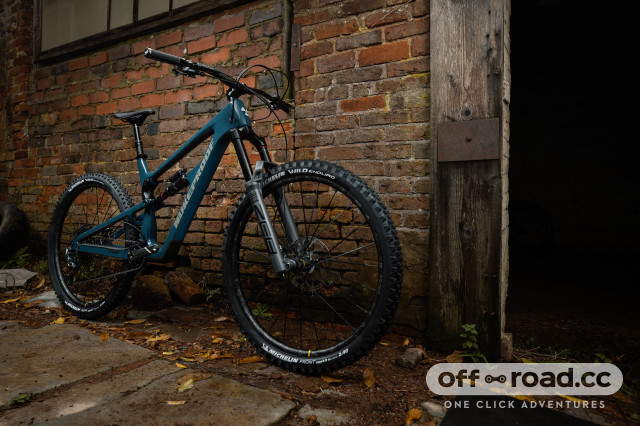 At the budget end, you get an alloy frame with a RockShox Yari with a Motion Control RC damper, Sun Ringle Duroc wheels, and a Shimano Deore 12-speed drivetrain. It also gets brakes from Shimano in the form of the Deore M6120 4 pot brakes. 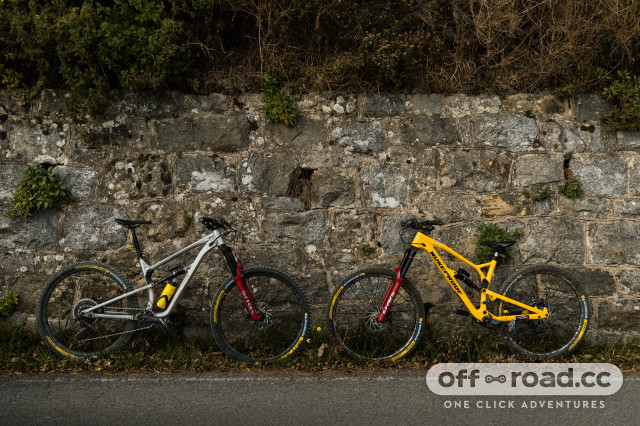