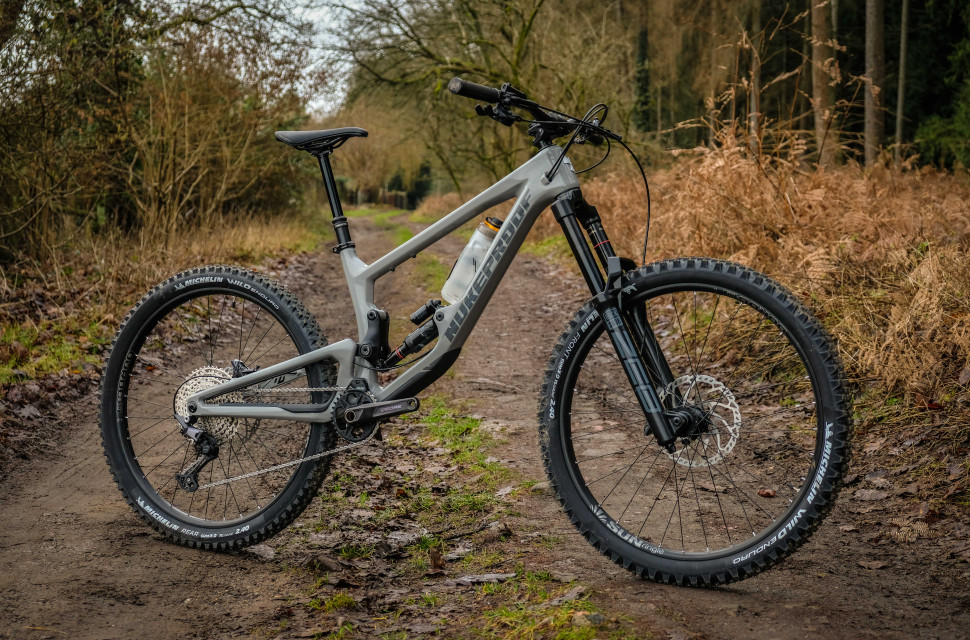 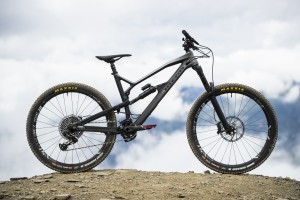 Today marks the launch of the brand new Nukeproof Giga, a super enduro bike that is offered in both 27.5" and 29er wheel sizes. In carbon only, we take a look at the 180mm Giga Comp, is it bigger and better than the Mega enduro bike?

The new Giga is a long travel bike, Nukeproof calls it a 'super enduro' bike which should give you some idea of the setting this bike is aimed at. Sitting on the fence between enduro bike and downhill bike, the Giga gets 180mm of travel front and back for the 27.5" version and 170mm rear, 180mm at the front for the 29er wheel size. Talk of downhill bikes is pretty relevant too as I’m sure it won’t have escaped your notice that this bike looks very much like the brands downhill bike, the Dissent. 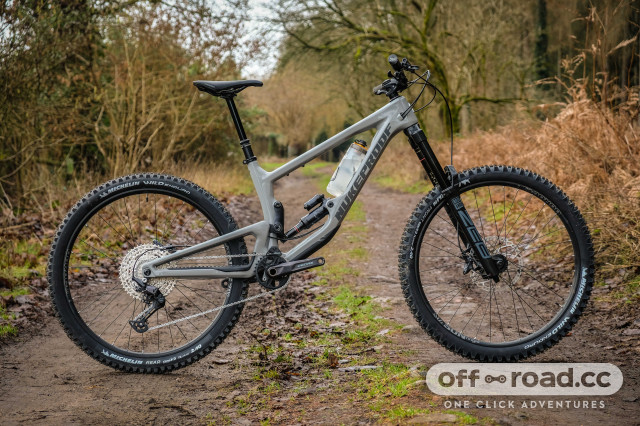 The Nukeroof team said that they liked the way the Dissent rode, even in the early stages of that bikes own development. They started work on a very similar platform to the Dissent until they ended up with the enduro bike you see here. Changes made take into account things like geometry including seat tube angle and also standards too – this Giga isn't superboost rear end like its downhill brother, it’s regular boost. They also shed some weight and, of course, made room for a water bottle! 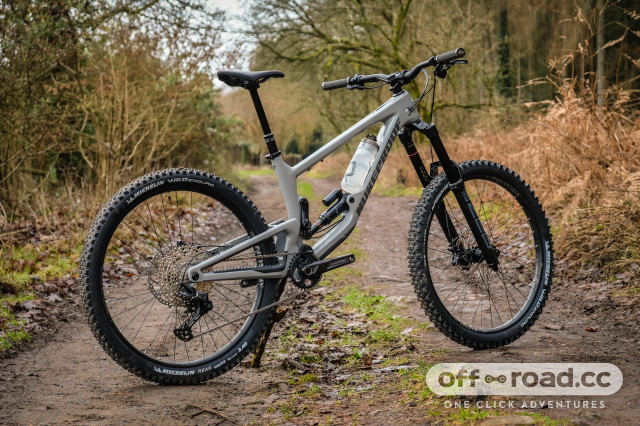 Borrowed directly from the Dissent, the Giga gets the same linkage driven single pivot design with a similar flip chip to alter suspension progressivity. Nukeproof says this platform means that the Giga has a soft and supple beginning at the start of the travel and good mid-stoke support for better cornering and pumping. 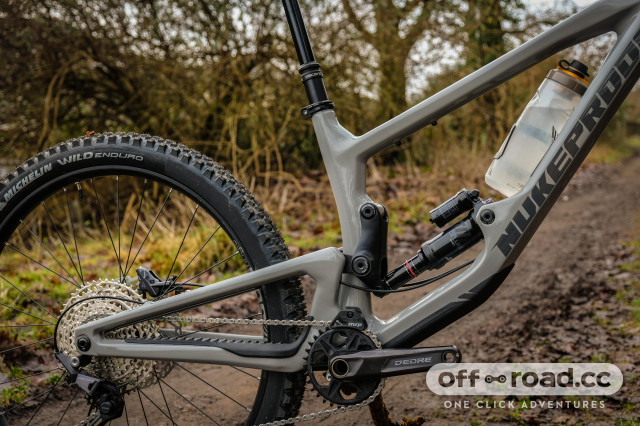 The flip chip keeps the geometry the same, rather it's the suspension linkage is adjustable between two settings to either make it more or less progressive. The more progressive setting has the main intention to add progression, a bit like adding volume reducers to an air shock to achieve the same thing. 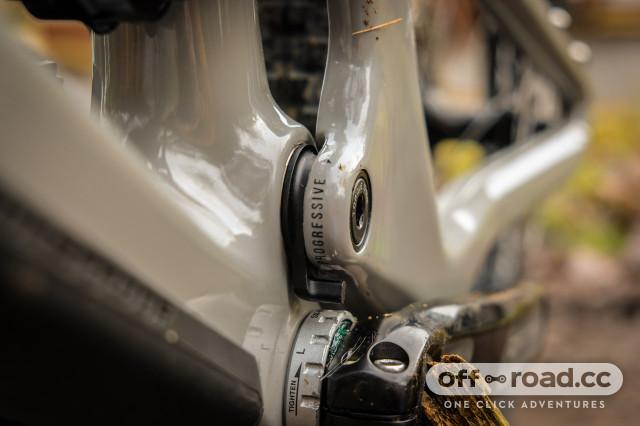 The Giga gets a 63.5 degree headangle, that’s half a degree slacker than the Mega and half a degree steeper than the Dissent. The reach is similar to the Megas, it’s 460mm on the Giga  275 (medium) with the largest XXL bike getting a whopping 520mm reach. That reach is 455mm on a medium 290 bike with a 515mm reach on the XXL 29er. 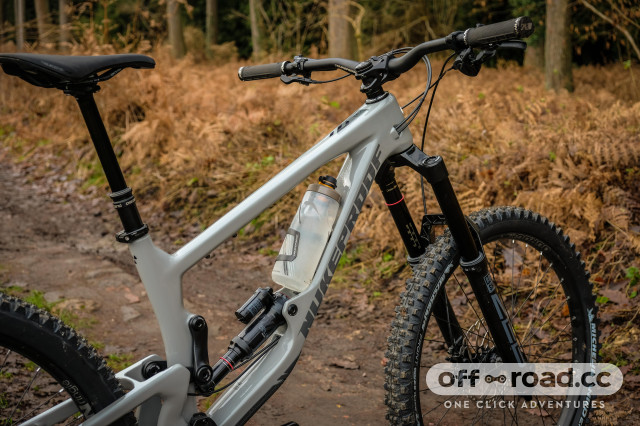 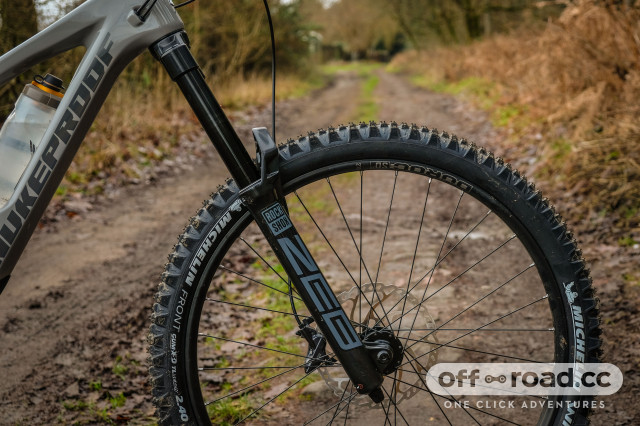 With chainstays at 435mm across the board for the 27.5” wheelsize and and 445mm on 29er, the wheelbase of the Giga comes in at 1233mm (on this medium 275 bike) all the way up to over 1300mm on the XXL. Seat tubes lengths are nice and short, as per the Mega, and along with an altered design of the seat tube shape this should allow for maximum insertion of longer dropper posts on all sizes. 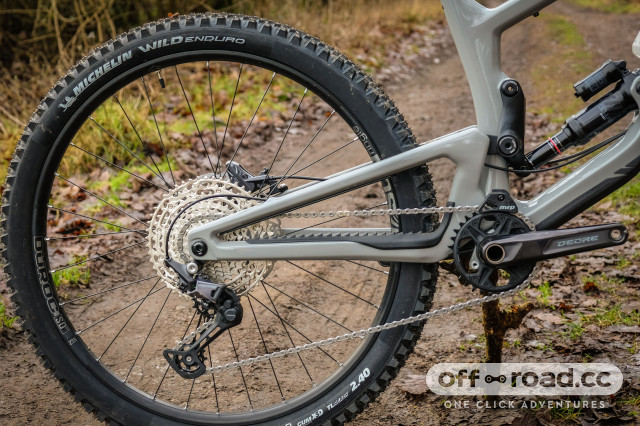 The Giga gets the same steep effective seat tube angle as the Mega at 77 or 78 degrees with the angles getting steeper as the sizes go up, helping all riders, however tall take advantage of the good climbing position. These values are the same whether you are on the 275 or the 290 bike. 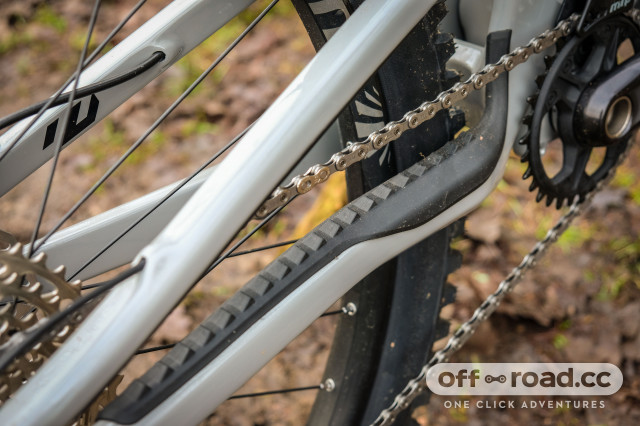 One of the last things to note is that the Giga comes in carbon only with three spec levels to choose from in both wheel sizes and a frame-only option. The top spec Factory with a Fox Factory 38 fork and a Fox Factory X2 shock and Shimano XT. Then there’s the Elite, another Fox build with Fox 38’s but this time in the Performance Elite spec, with the same level X2 shock and Shimano SLX. 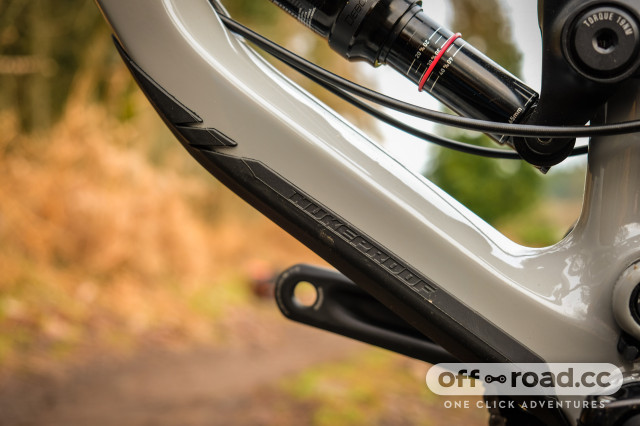 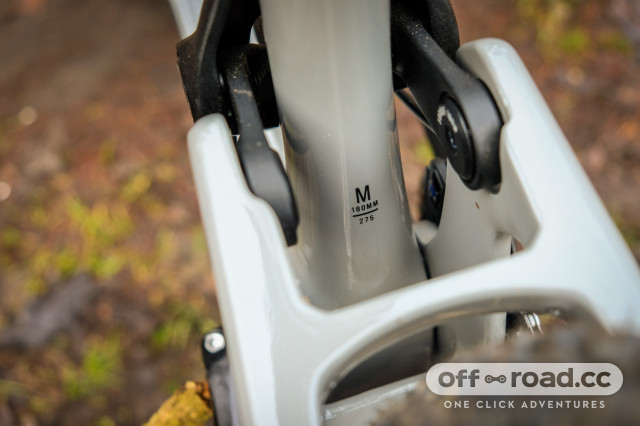 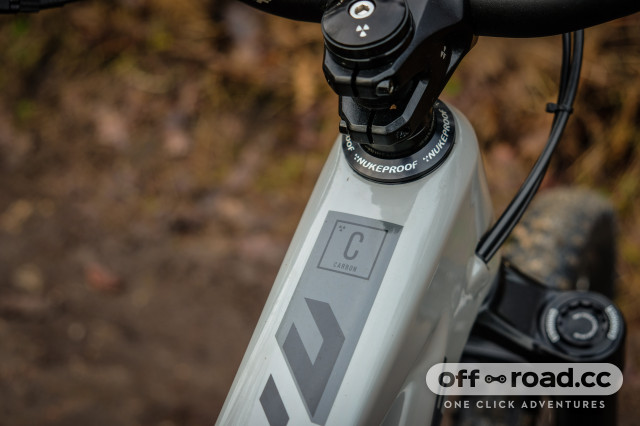 In the very small print there are five frame sizes to choose from, from a small to an XXL, with short seat tube giving riders lots of choice in size to suit riding preferences. The Giga gets frame protection much like like the Mega and the Reactor with rubber stips on the downtube and on the chain stay too, to keep the bike quiet and dampen down chain slap. There is also room for 2.6” tyres – You can fit decent sized rubber in both the 27.5” bikes and the 29ers. The bikes will come with slightly slimmer 2.4" Michelin tyres but you can fit wider tyres if you wanted. 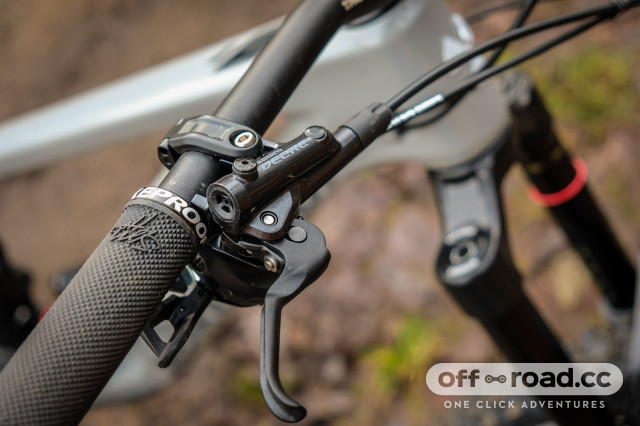 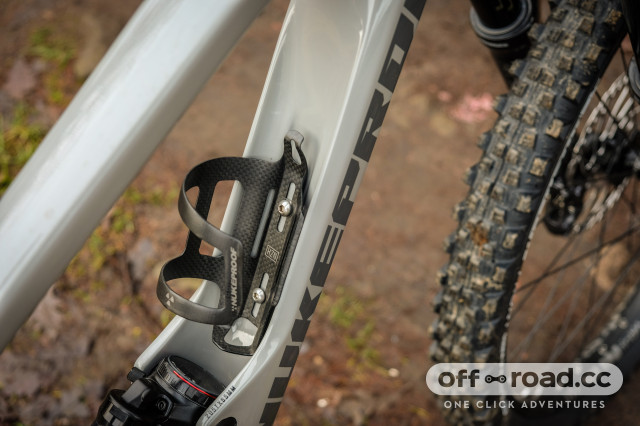 There are also some neat spec choices, including a threaded bottom bracket, gear accessory mount on the underside of the top tube, an integrated mudguard at the rear, plus all bikes come with a clear protection kit to stop the paintwork from getting scratched.

Van Nicholas Rowtag review £4987.00
Versatile and durable gravel bike that's suitable for a quick blast in the hills or an epic adventure
News

Pivot updates the Trail 429 for 2021
The Trail 429 gets an all-new flip chip, a geometry tweak and a vertically mounted shock
Review