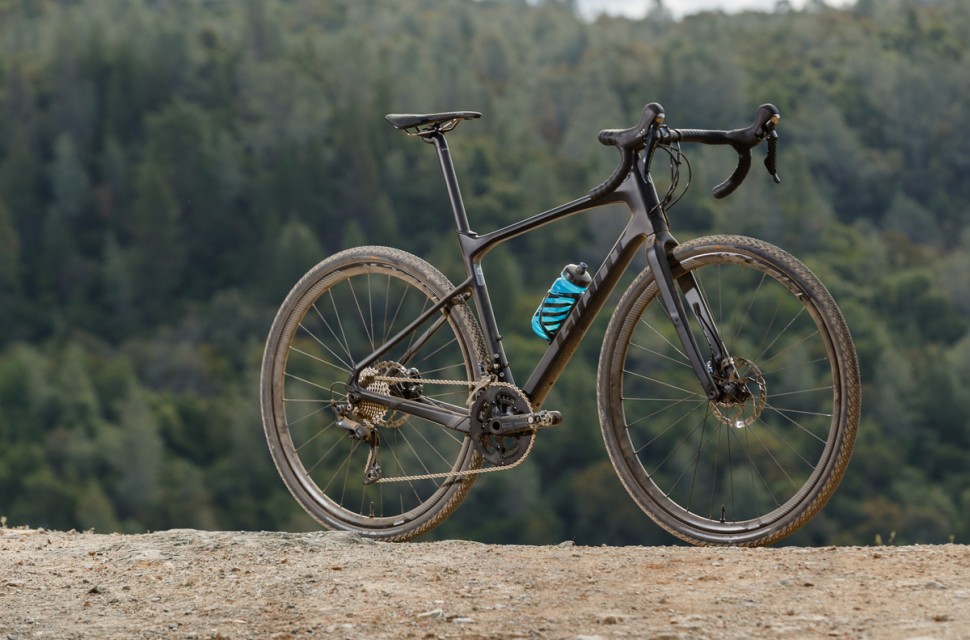 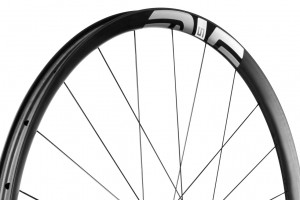 We've seen a few new bikes for the 2019 model year from Giant recently, including the new Trance mountain bike, two new women's e-bikes and now this gravel offering in the form of the Giant Revolt Advanced.

Giant say this bike has been redesigned for "versatility, compliance and long-distance efficiency on adventurous terrain including roads, gravel and dirt". In order to do those things well, there is a whole new frameset and new cockpit components which adds up to a steed that Giant says is more compliant. In short, the changes help smooth out rougher terrain and is used alongside geometry that Giant say will help gravel riders and racers push their limits. 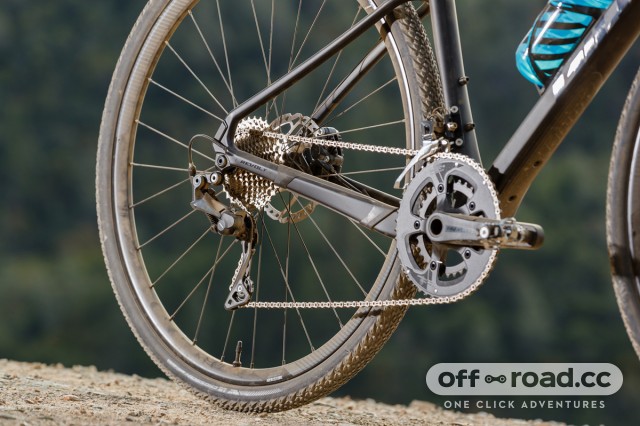 The new frameset gets flattened chainstays and a compact frame design with a lower seat stay junction allowing for more exposed seat post, all of which is an attempt to create added compliance. Giant use their D-Fuse proprietary seat post which as the name suggests is formed in a 'D' shape with a flattened rear and rounded front and is also seen on the Defy road bikes. Giant say its shape and composite design result in up to 12mm of “travel” for a smoother ride quality, absorbing shocks and vibrations and giving more control to the rider. 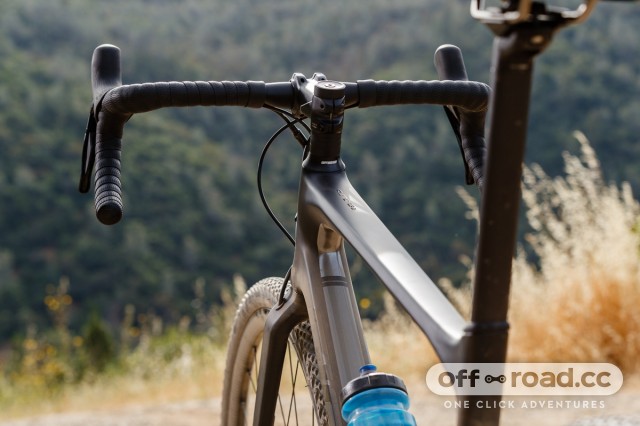 Giant also uses D-Fuse technology at the front of the bike with a new handlebar design.  The Revolt Advanced features the new Contact XR D-Fuse handlebar, which uses similar D-shaped tubing as the D-Fuse seatpost. Compared to the Contact SL round handlebar, tests show the D-Fuse bar has 10 percent more “pushing” or downward compliance and 20 percent more “pulling” or upward stiffness. As a result, it should absorb more shocks and vibrations while also increasing stiffness for sprinting or out-of-the-saddle climbing. 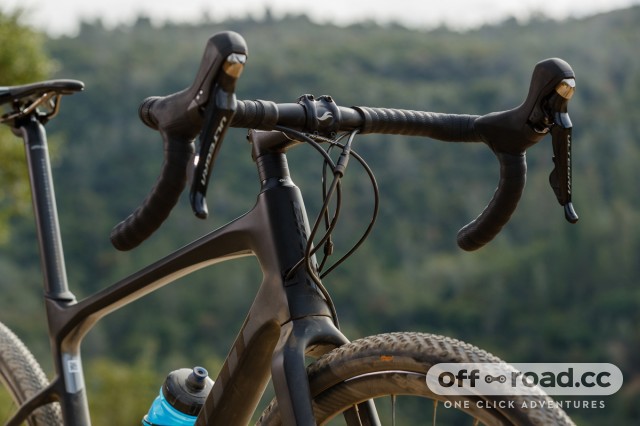 The frame geometry on the new Revolt is designed for long-distance comfort and efficiency on variable terrain. It has a slightly taller stack height compared to Giant’s TCX cyclocross bikes, and a reach that’s optimised for performance on all sorts of terrain, says Giant. The fork geometry has also been tuned for this type of riding, with a 50mm rake and 74mm trail, which produces a front end that feels responsive and nimble on the road but is also relaxed enough to offer confidence and control on more rugged terrain. In addition, a slightly lower bottom bracket improves the bike’s stability and efficiency for endurance riding. 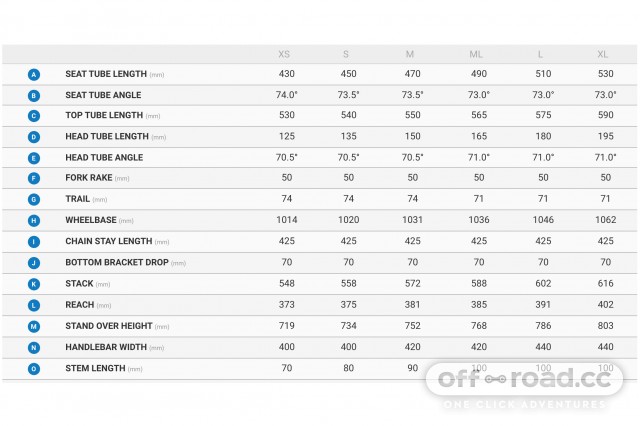 There is clearance for 700c x 45mm tyres and the bike is 650b compatible. Elswhere there is an X-Defender downtube protector for that precious carbon, three bottle mounts and mounting systems for accessories like racks and fenders. The frame uses 86mm press fit bottom bracket, and internal cable routing - marmite, we know....

Complete bikes start at the top with the Revolt Advanced 0 which comes kitted out with a Shimano Ultegra hydraulic 2×11 drivetrain with a Praxis Zayante 32/48 crankset, and tubeless wheels and tires for $3,300. 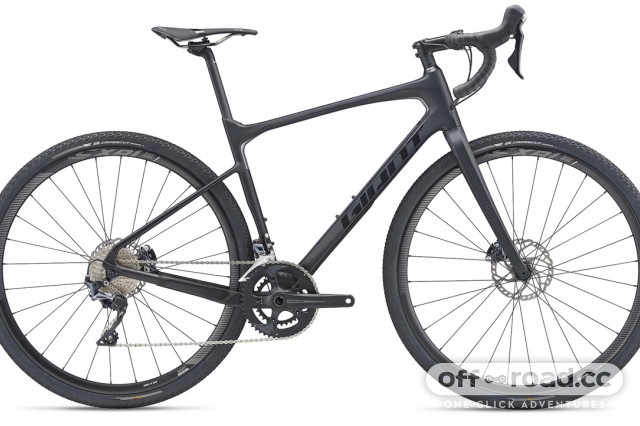 Middle of the range is the Advanced 1 with a 1×11 SRAM Apex and Apex hydraulic brakes drivetrain costing $2,500. 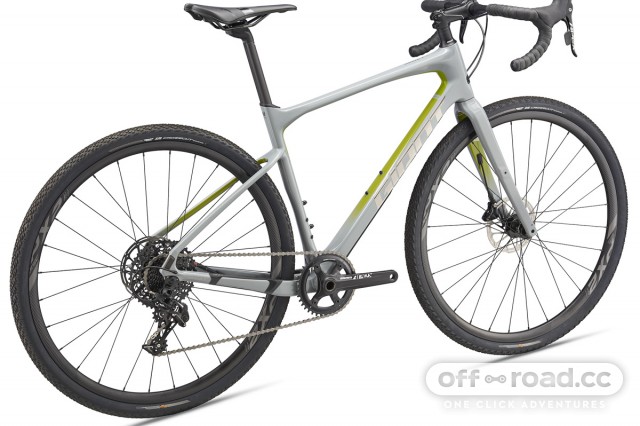 Lastly there is the Advanced 2 at $2000. This is kitted out with Shimano 105 2×11 drivetrain and Giant Conduct SL Hydraulic brakes. 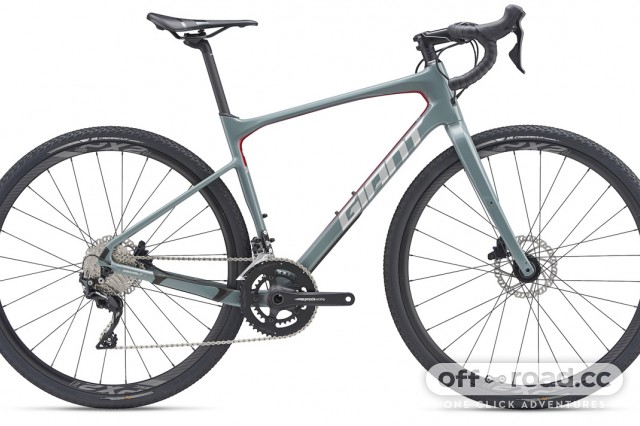 Presse fit BB again. When will they learn?