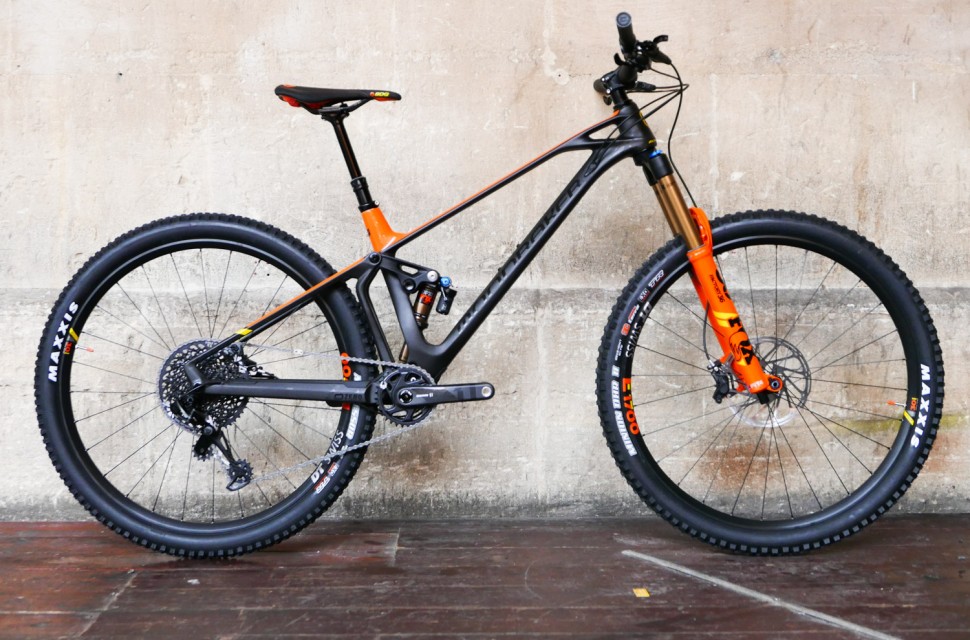 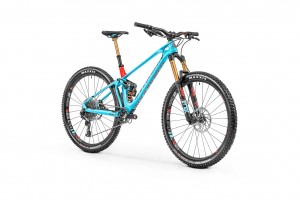 We were big fans of Mondraker's Foxy Carbon when we tested it, thanks to progressive geometry and well-sorted suspension, but now we've got it's bigger wheeled brother in for review. Will this wagon wheeler similarly gain our affections?

Though it shares the same 150mm of rear wheel travel as the 650b Foxy Carbon, it's actually a very different beast, with both the geometry and the suspension having been altered over the smaller wheeled bike. 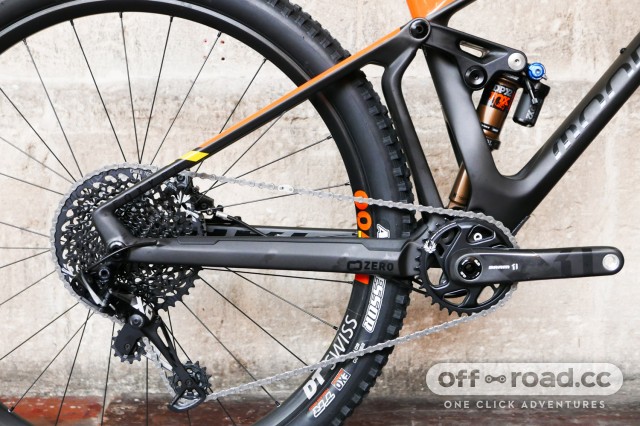 That said, it's still long on the frame reach, as per Mondraker's Forward Geometry concept, where a long top tube is paired with a shorter stem. This medium has a reach of 470mm for a seat tube length of 420mm, putting it comfortably longer than many extra-large bikes, though 10mm shorter than the 650b bike. 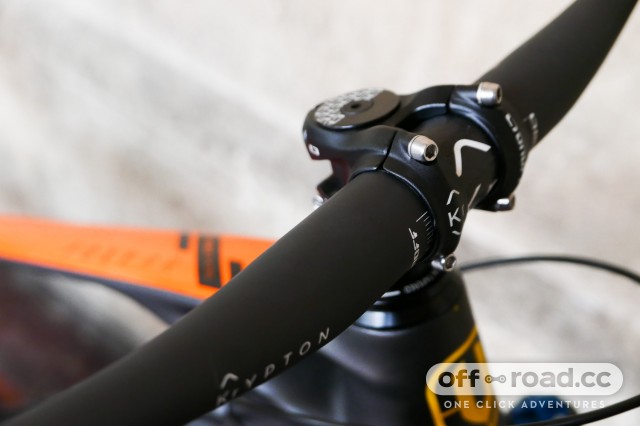 The 75.5º effective seat angle shoves your weight forwards on the climbs, while a 66º head angle and short 44mm offset on the fork should help keep things stable on the way back down. 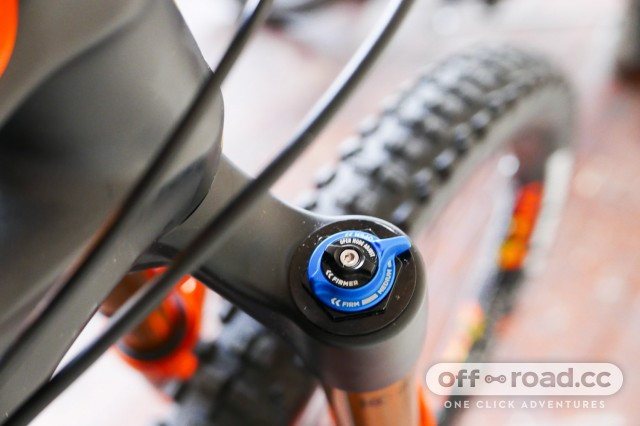 Kit wise, it's all pretty high end as you'd hope for the £5,899 asking price. The suspension is from Fox, with Kashima coated Factory Series shocks at either end. Up front, there's a 160mm travel 36 fork with the FIT4 damper, while the back end is controlled by a DPX2 shock and Mondraker's multi-link Zero suspension system. 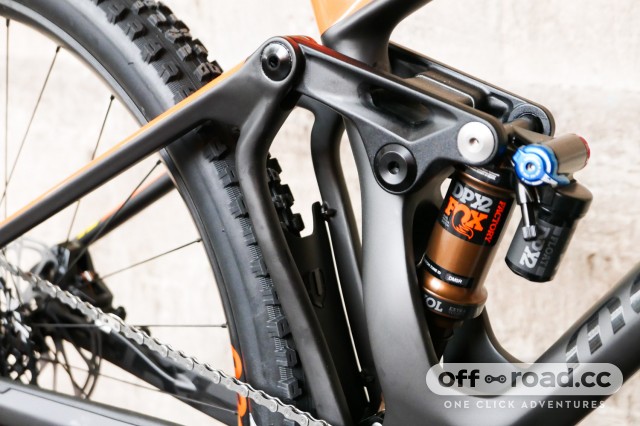 Stoppers are from SRAM with a set of four-piston Code R brakes on 180mm rotors at either end and the drivetrain is a mix of X01, X1 and GX Eagle 12-speed. The bike uses DT Swiss E1700 wheels with a 30mm wide rim and there's a Maxxis Minion DHR Wide Trail in a 2.4" paired to a Maxxis Aggressor in 2.3" out back. 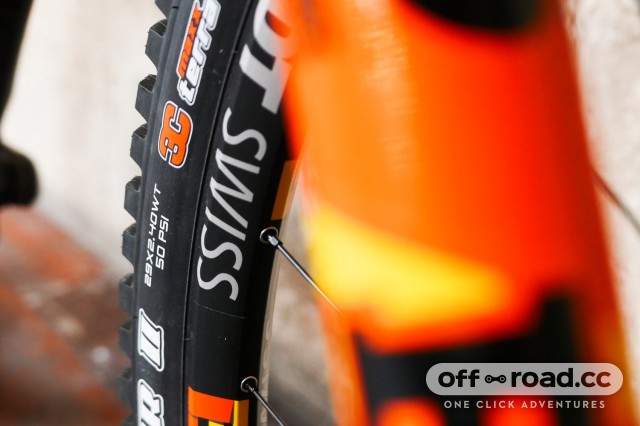 Most of the finishing kit - including the 125mm travel dropper post - is from Mondraker's in-house OnOff brand, with wide 780mm carbon bars paired to a 30mm long stem. 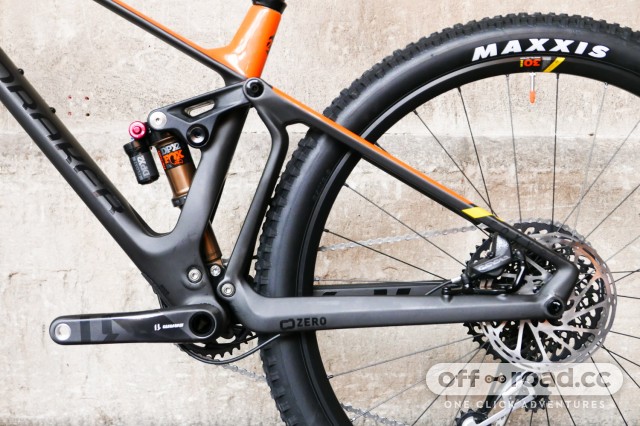 We'll be reviewing this bike soon and comparing it to the 650b version, so keep your eyes peeled...