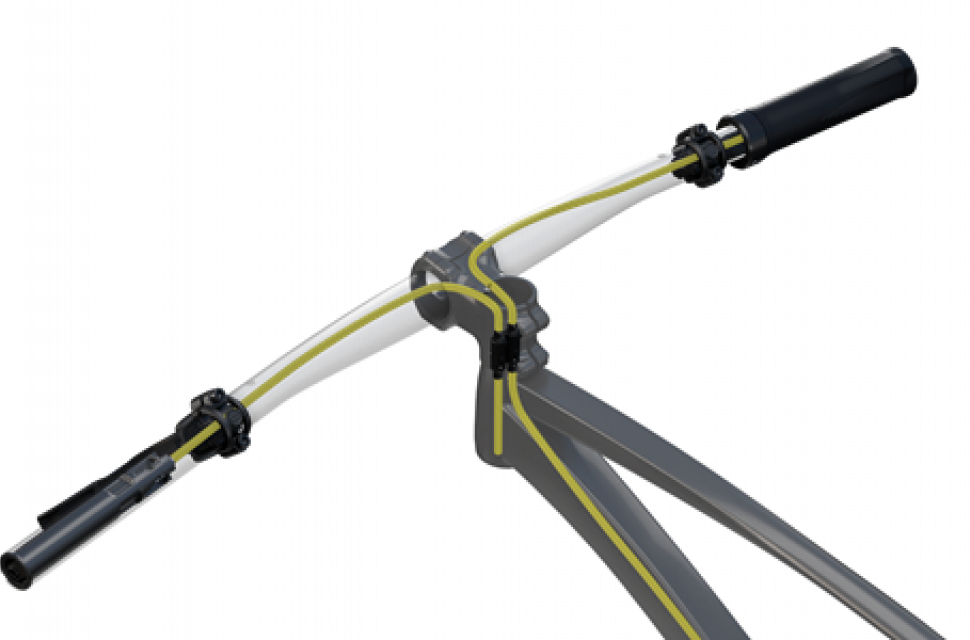 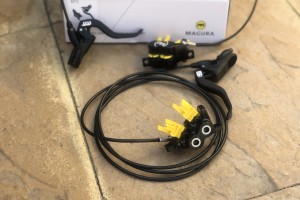 Magura has claimed a world first with a new system that internally routes hydraulic brake lines through the handlebar. Called MCi - Magura Cockpit integration - it shifts the internals and hoses inside the bar for cleaner looks, improved aero and better protection for parts.

The system shifts the hydraulic master piston inside the handlebar, while the externally mounted lever operates it through a hole in the handlebar. You brake line is then routed through another hole in the middle of your bar and then off to your brakes. 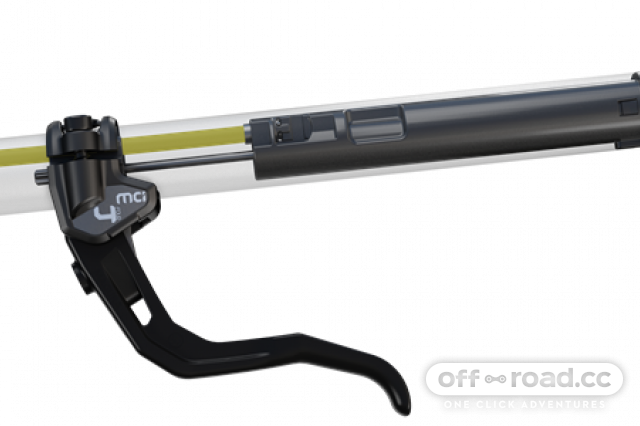 Magura says that the master piston and reservoir are exactly the same sizes as the regular MT series brakes, meaning power and performance should be unaffected. The system has a pair of 'Easy Link' connectors where the hoses emerge, which is said to allow disconnection without needing a bleed when you want to service it and it's also possible to bleed the brake system through a port at the end of the handlebar. 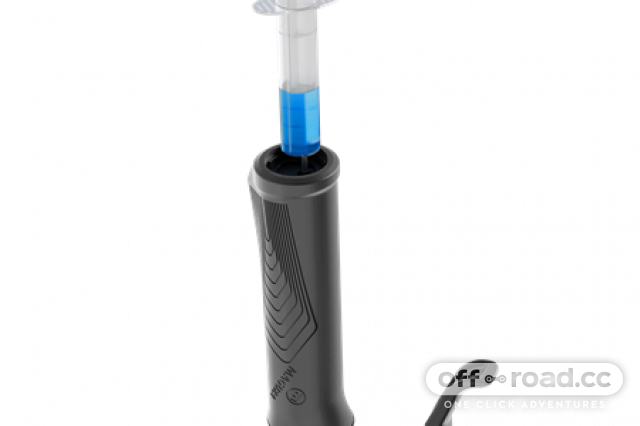 Of course, all that will be of little consolation to whichever poor mechanic/punter has to thread the system through a bar and thence into the depths of a frame, though they will have a slight reprieve as this system is just destined for specific bike manufacturing partners for the time being. We're guessing some niche German brands rather than huge brands for the time being...

We also have some slight reservations about the wisdom of banging a load of holes through a handlebar and the details of how much room for lever positioning and angle adjustment the system will offer haven't been released, which might be a deal breaker if it's not spot on.

Still, if it could be ported to the gravel and road world, that'd make for a very sleek bike, especially when matched to SRAM's wireless AXS system.

For more details - or to marvel at Magura's other new integrated concepts such as heated grips - head to their site: