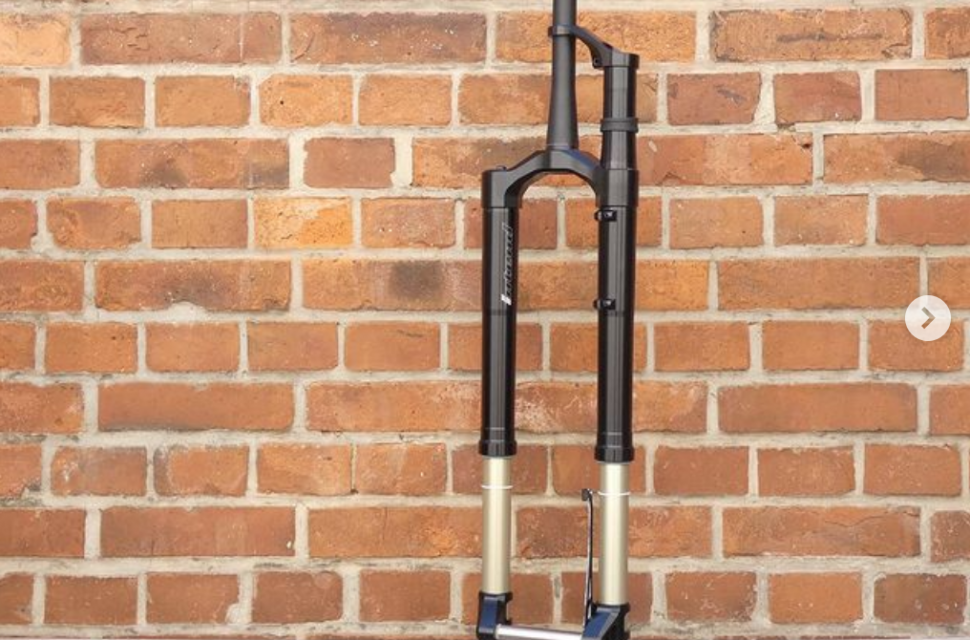 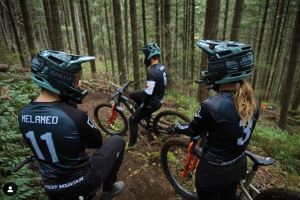 New Intend Bandit looks like a forward thinking fork from young German company. The designer aims to make bike parts that are better than the usual and they say this is 'more' and 'better' in terms of the bushing overlap and larger negative air chamber.

You've probably seen this brand's other forks on other media sites before now, they produce and hand made, inverted all-mountain and enduro forks in Frieberg, Germany. The new Bandit fork looks like a combination of an enduro fork and a downhill for with the left-hand side extending up adjacent to the headtube just like a dual crown fork but this time, only on one side.

Advantages, the company say, include an altered spring curve, more stiffness and better bushing overlap inside the fork.

They say the fork is stiffer with rigidity added to the headtube area of the fork. In that extended part next to the headtube there is also room for a larger negative air-spring chamber to create a more sensitive and active fork. The increased bushing area will, they say, lead to less binding and a smoother action, whilst damping comes from the same cartridge they use in their Infinity Downhill fork.

The fork comes in a range of travel lengths from 150mm to 190mm and in 29er only with a maximum headtube length including the headset of 133mm. It costs €1,999 and is available for pre-order now for a limited time until the 31st December 2020.