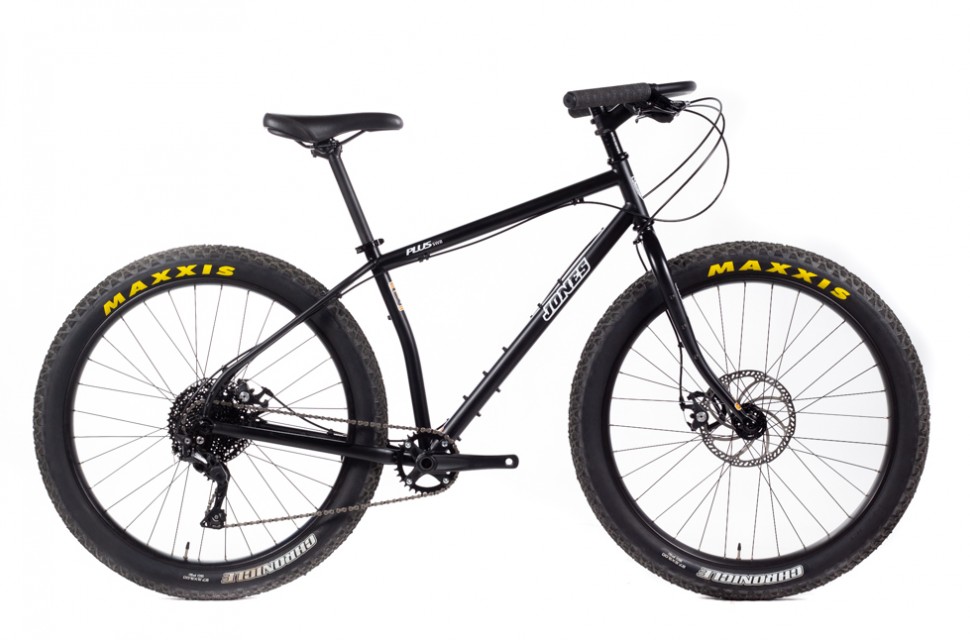 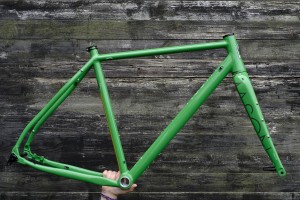 New Foldable Adventure Bike from Ritchey
It's a proper bike that will fit in your suitcase
First Look: Merida Silex
Gravel, adventure - whatever you call it, this bike aims to do it

Jones is well known for making deliciously quirky custom-made bikes from titanium and steel, but his latest effort - and it is a one-man band - is a fixed design made in Taiwan that he reckons not only much more affordable but capable of pretty much every kind of riding you want to turn it to.

Made from cromoly steel, the Jones Plus SWB Complete does without any custom options, instead giving fixed geometry over three different frame sizes. Unsurprisingly, it takes an awful lot from the custom Jones creations in terms of geometry - check out that seat angle for a start - but at $1,799 for the complete bike, it's much, much cheaper than anything else you can buy with the name on it.

Jeff Jones himself runs through the thought process and spec choices in detail in the video above, but if you're short of time then basically it uses the Plus Short Wheel Base geometry Jones has developed for his bikes with 27.5" Plus tyres. If you're used to the longer, lower, slacker head angle and steeper seat angle path that most bikes are going, then basically this is the opposite to that. There's a 69º head angle, a chainstay that's 449mm long - which is pretty damn long - and a 72º seat angle. It's definitely different, but we know plenty of Jones riders are wholehearted converts to this path.

While the flasher custom models have the option of a spaceframe truss fork, this bike makes do with a much more simple unicrown design, though you do still get loads of mounts and 150x15mm hub spacing with clearance that allows you to run hugely fat front tyres - up to 29x3" if you don't want much spare space - though the bike comes stock with a 27.5" Maxxis Chronicle in 3" on a 50mm wide rim.

To get the price where it is, Jones has chosen an interesting but obviously well-thought-out mismatch of kit, with a 10spd drivetrain that uses a Deore mech and shifter paired to a Sunrace 11-42T cassette and unbranded aluminium crankset. Unsurprisingly, the bottom bracket is a standard threaded design with outboard bearings. Stopping is provided by Tektro cable discs with surprisingly large 200mm front and 180mm rear rotors.

As you'd hope, a Jones Loop H-Bar is fitted, which offers a dazzling array of hand positions - apart from the one you'd be familiar with from a 'normal' bike, of course.

Coming with more rack, bottle and general mounting mounts than you can shake a stick at, Jones reckon you can basically turn this bike to anything, which is an interesting concept, though one we're not entirely convinced of. Of course, it's possible to do pretty much any style of riding with another style of bike, but whether it'll be as enjoyable as if you had the right one is quite another thing.

We're trying to get our mitts on one to find this out anyway, though it only seems to be available for folks in the 'States right now. We'll keep you posted...