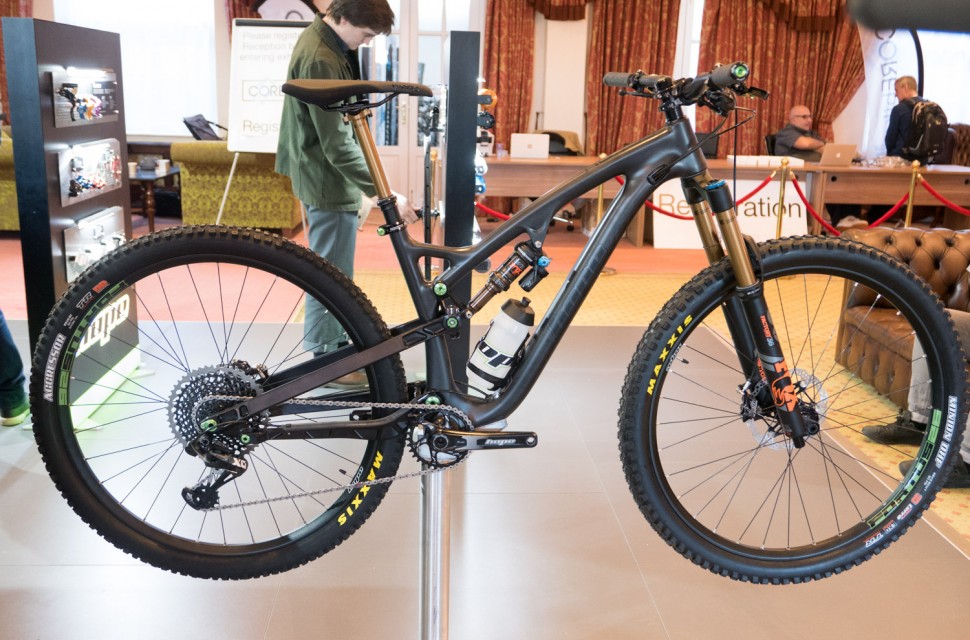 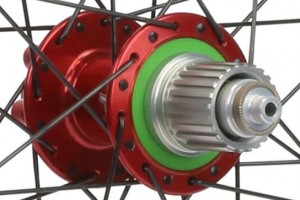 Hope Technology has announced a trail-flavoured partner to their HB160 enduro machine in the form of the 130mm travel, 29" wheeled HB130. Much like its bigger sibling, it uses a carbon fibre frame that's made in the UK with a bonded aluminium rear end.

While the Barnoldswick based brand is best known for their components, in recent years they've turned their skills to making complete bikes - after all, the biggest cost of a carbon fibre bike is creating the metal mould used to shape it and Hope have all the toys they need to do that. 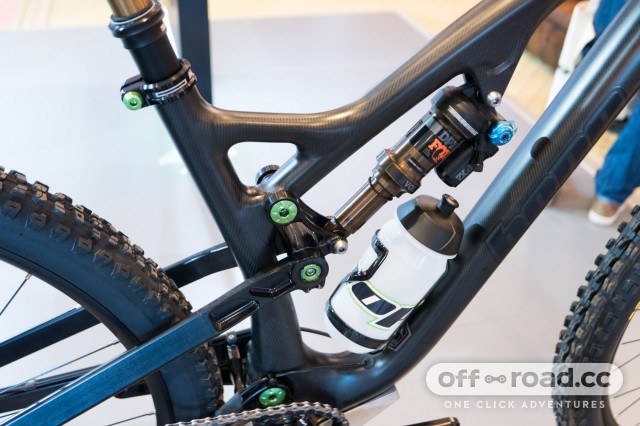 Much like the HB160, the front triangle is carbon fibre, while the back end uses machined aluminium struts with bonded pivots and dropouts. The bike kicks out 130mm of travel at either end, with a Horst-style four bar back end, though this time the shock mounts to the top tube rather than down tube to give space for a bottle. 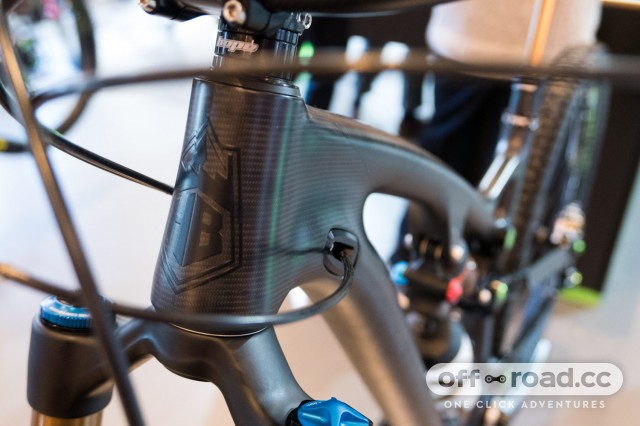 Despite the shorter travel, the build kit is still fairly burly, with a Fox 36 fork up front and a DPX2 shock at the rear. While actual details of geometry were vague, to say the least, Hope was fairly conservative with the HB160 and it looks like this bike isn't going to be pushing the long'n'slack boat out particularly far either.

The bike did also showcase some interesting new bits, with a new Evo chainset and Fortus wheelset. 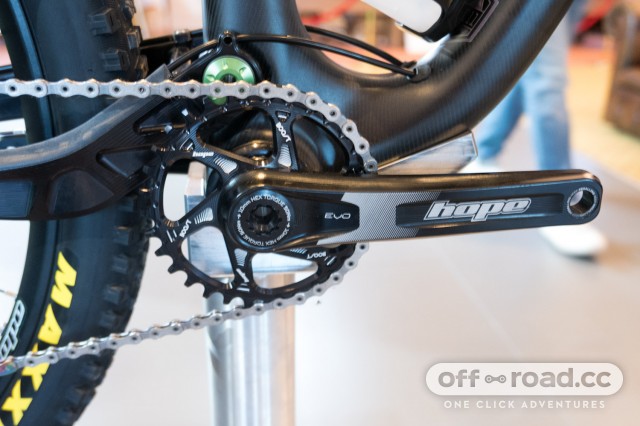 The chainset now has lighter and stiffer arms with a self-extracting design to make fitting and removal much easier. The aluminium spindle is 30mm in diameter and it uses a spline drive to fit chainrings. It's available in 165mm, 170mm and 175mm lengths and there are a range of axle lengths and bottom brackets that Hope reckon should fit most bikes. 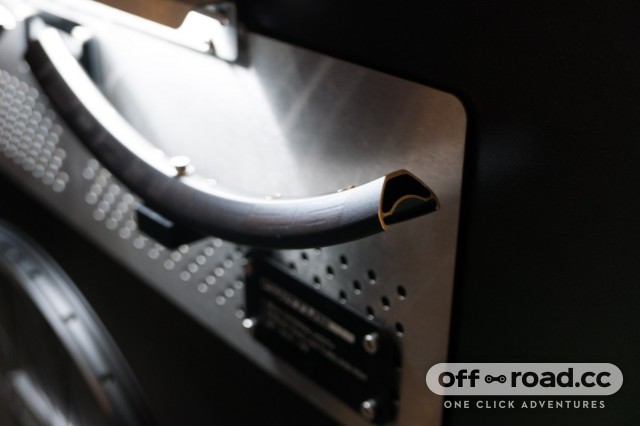 Hope has also revised their rim range, replacing the numerous iterations of the Tech wheelset with one rim range available in a number of widths to suit different tyre setups.

The skinniest 23mm internal width rim is available in 650b and 29", as is the broad 35mm item. Sat in between those are the 26mm rim and the 30mm rim, both of which come in 26", 29" and 650b. As ever, they'll be laced to Hope's own hubs and the standard dark graphics can be pepped up with aftermarket decal kits in a range of colours to match their anodising.