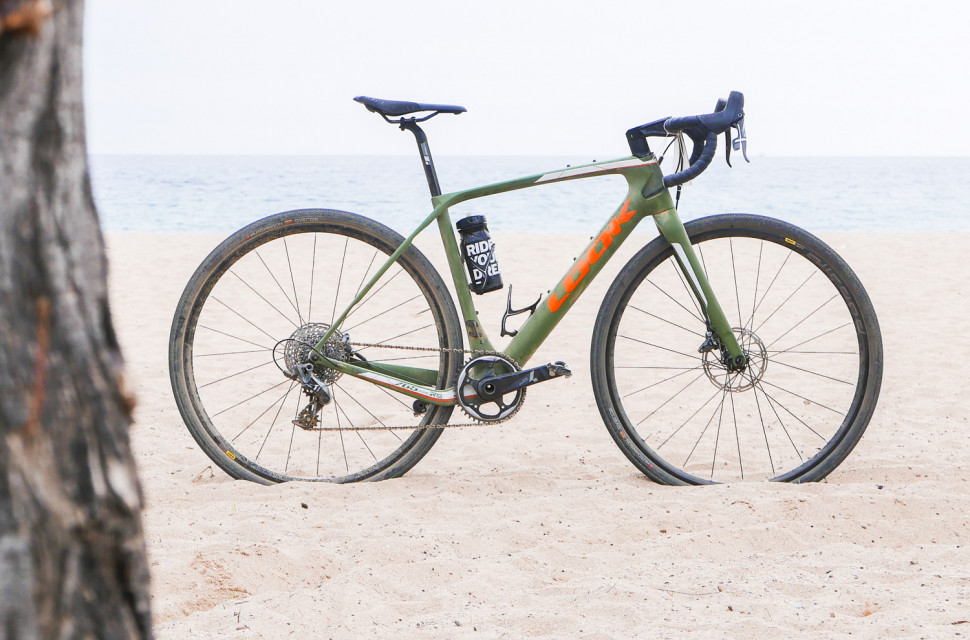 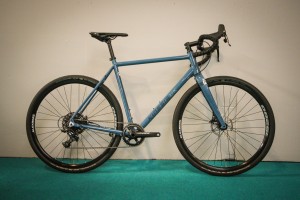 First Look: Get into gravel with the £1500 Kinesis G2
'Go To' anywhere with the new offering from Kinesis

First Look: 2019 Marin Gestalt gravel and 'Beyond Road' bike
A bike with many uses for just £750

Look's 765 Gravel RS uses all of the French brand's carbon fibre know how to create a drop-bar bike that's said to be able to handle everything from road to dirt tracks. Jon took the Gallic gravel machine for a long spin while at the Roc D'Azur to see whether it's worth taking a peek at if you're after one bike to do many things.

While not hugely well-known outside of pure road cycling worlds, Look has a superb reputation for high-quality, well-made road and track frames as well as being responsible for the original clipless pedal. The 765 Gravel RS is their dedicated gravel bike that's descended from the 765 endurance road machine, getting geometry and frame tweaks to expand it's horizons a little more. 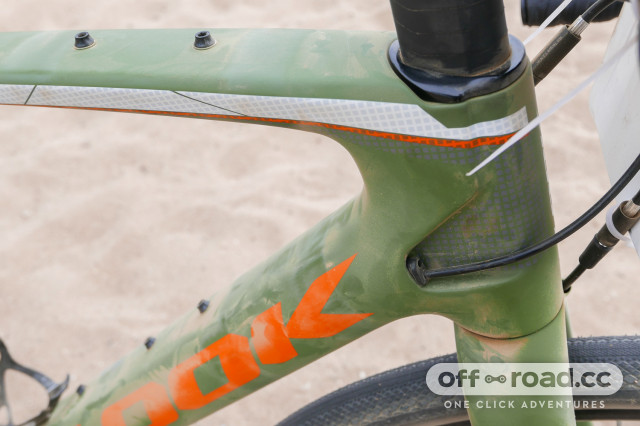 This top-end model retails at a non-insubstantial £4,300, coming with a single-ring SRAM Force 1 drivetrain with hydraulic discs and a tubeless-ready Mavic Allroad Disc 700c wheelset. The all-carbon frame is rather fetching, with all internal cable routing, a dropped drive-side chainstay for extra clearance, which offers up enough space for a 54mm wide tyre if you're using 650b wheels. 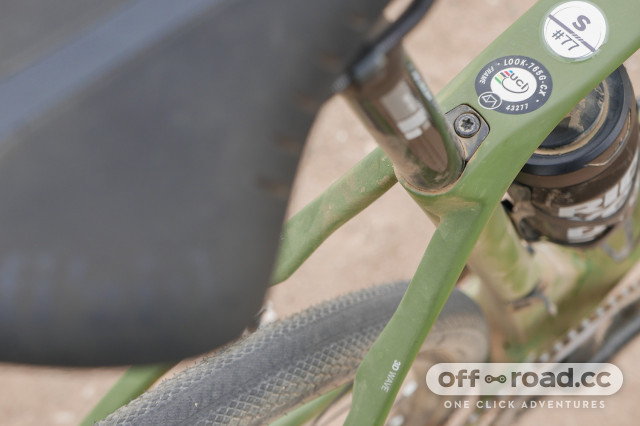 The bike I borrowed came with virtually slick 37mm Hutchinson Overide tyres - you'd definitely want something with a bit more bite for wet conditions, but they did surprisingly well in the bone dry dust and rock, feeling plenty fast-rolling on tarmac too. 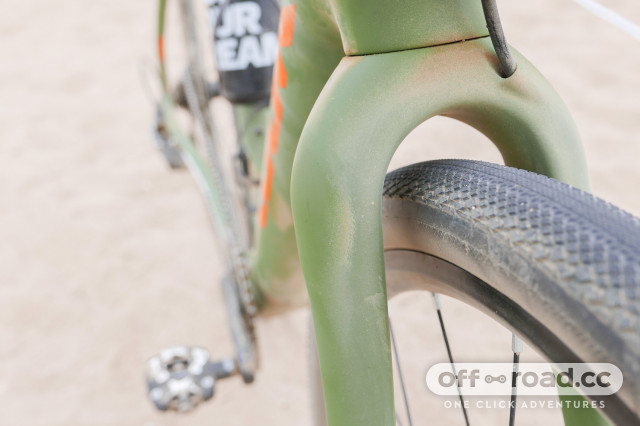 SRAM's Force 1 groupset can run up to a 42T big cassette sprocket at the back but Look opted for a more closely spaced 11-36T block with a 36T ring on the carbon armed cranks. My knees will never forgive me for what I did to them over 75km of French gravel riding with no ratio under 1:1 available, so if you intend to use the bike mostly on dirt or you have any hills nearby bigger than those made by moles, you'll probably want to get a larger rear cassette or smaller ring.

That particular spec choice does hint that Look see this as more of a versatile all-road style bike rather than a pure gravel only machine, something backed up by the narrow feeling 42cm wide, slightly flared own-brand bars. They're fine on the road but it's pretty hard to exert much authority over the front end when you're descending off-road and in the drops. 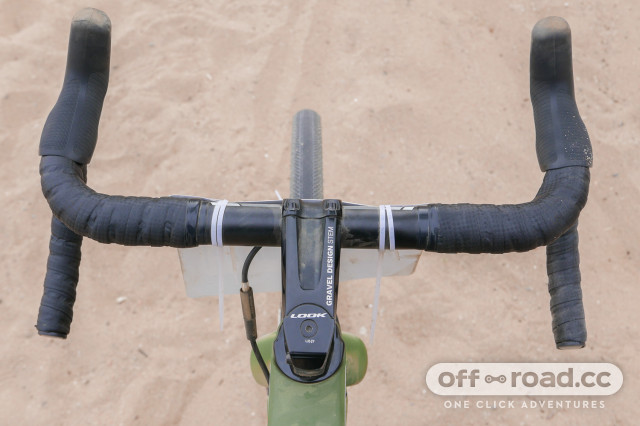 The geometry is a blend of a fairly relaxed 70.2° head angle, decently steep 74° seat angle and a 524mm top tube length for the small I rode, which also has a reach of 365mm. The 70mm bottom bracket drop kept it feeling pretty stable despite there not being as much reach as some pure gravel bikes - Lauf's True Grit is 383mm for the same size frame - though it did feel more noticeable as the gradient got sharper, both up and down and more body language was needed to keep stable. 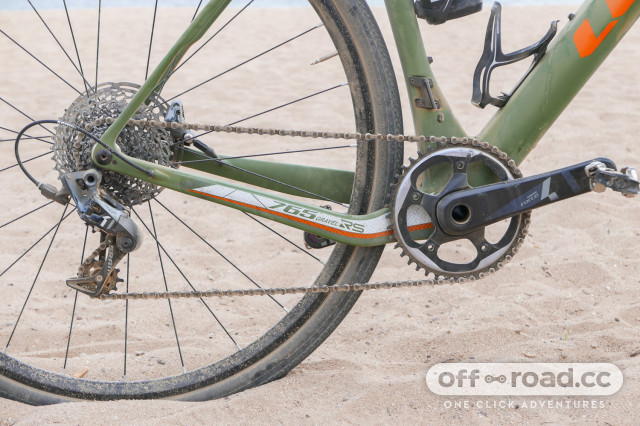 It's hard to tell much about how comfortable a frame is when you're getting beaten to bits on a gravel track, but riding on the admittedly beautifully surfaced road sections, it didn't feel as harsh and buzzy as some carbon bikes I've ridden. those long, unbraced seat stays probably help with that a fair bit. 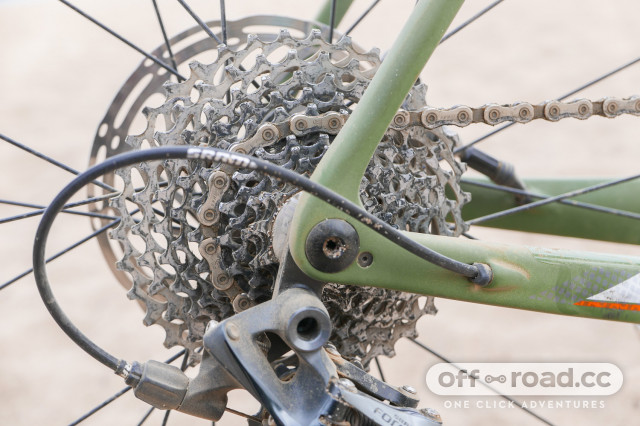 I'm sure that it'd be a very different beast with a broader range cassette, some wider bars and higher volume tyres on 650b rims, but in this particular spec, the Look felt much at home as comfortable and relaxed handling machine for eating up big road miles, maybe with the odd short'n'smooth dirt track excursion thrown in. 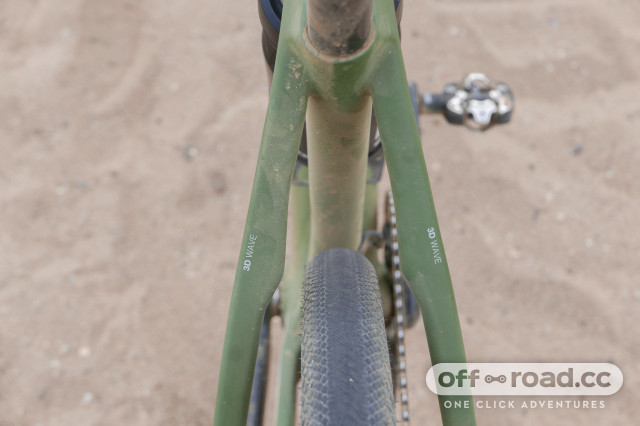 Of course, unless you're a die-hard gravel racing fanatic, that's exactly the sort of riding most 'gravel' bikes will spend 99% their time doing, in which case it's a very well made and fine handling do-everything drop bar machine, though one with a rather steep price tag. 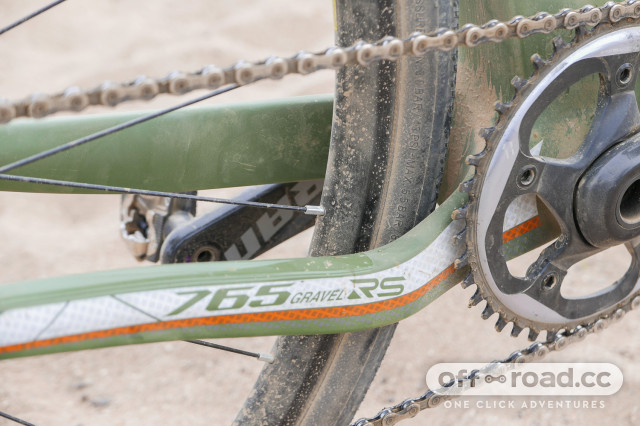 While I was beaten to bits at the end of a long day's 90% off-road riding and had very sore legs from the lack of gearing range, if I'd chosen to spend the day cruising the rolling roads of the Riviera before taking the odd gravel trip to sun myself at the beach, I could see myself being very happy with this bike. The frame felt comfortable without being lazy, the handling sporty without being overly twitchy or swinging the other way into unresponsiveness; basically a perfect mix if you want to do a little bit of everything, but mostly keep it to the smooth stuff - an ideal all-road bike, if you will.