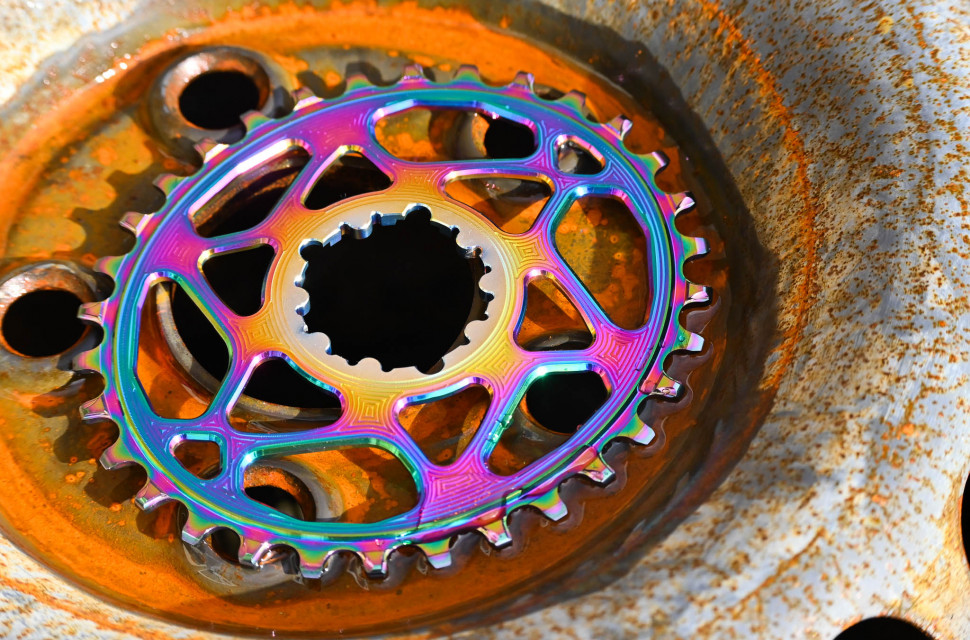 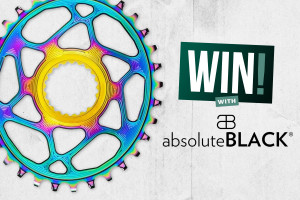 If you fancy combining flash looks with high performance when it comes to chainrings, Absolute Black reckons they've got both nailed with their new PVD Oval chainring, which features a rather cool oil-slick rainbow finish thanks to a super hard titanium coating.

As ever with Absolute Black, the chainring doesn't bother with a regular round shape and instead uses their own ovalised profile, which they say has a whole host of benefits, which  range from being a bit easier on your knees to improving climbing and traction.

The PVD bit of the name refers to the fact that there's a titanium nitride coating on the base 7075 aluminium chainring, applied by a process called 'physical vapour desposition'. In layman's terms, the hard coating material is vapourised under vacuum before being 'sprayed' as a vapour onto the object in an extremely thin but tough layer. 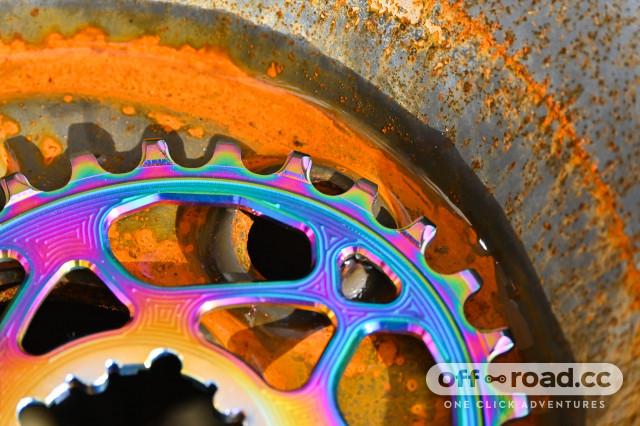 Compared to hardness figures for a normal anodised aluminium coating, a titanium nitride coating can be more than two to three times as hard, which has obvious benefits in the rough and tumble, high-pressure world of a chainring. Unsurprisingly though, it's not cheap to do and requires extreme care and some very expensive kit to produce.

Absolute Black reckons that the process also results in lower friction as well as improved wear life, also a very useful feature in a chainring. The specific process used to create this 'rainbow' finish also means that each chainring varies slightly, making each a proper one-off.

The ring is only available in 1x only, direct-mount, Boost spacing versions from 28-36T. All SRAM compatible direct mount systems are catered for, but your Shimano options are limited to the direct-mount spline system seen on their latest 12-speed cranksets, from XTR to Deore. The rings are priced at £110 for SRAM and £115 for Shimano. 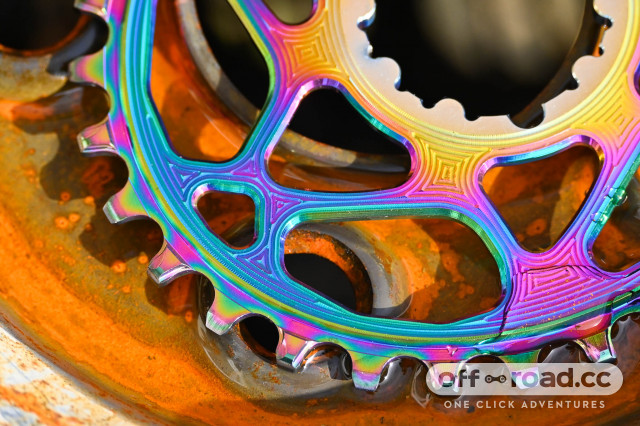 We've had a 32T SRAM ring through for test and it weighs a scant 56g grams, which is rather impressive. The rings are on sale now, though in limited numbers. For more information, follow the links below.

If you'd hadn't seen, we are running a competition for you to win one of ten chainrings, click here to enter!