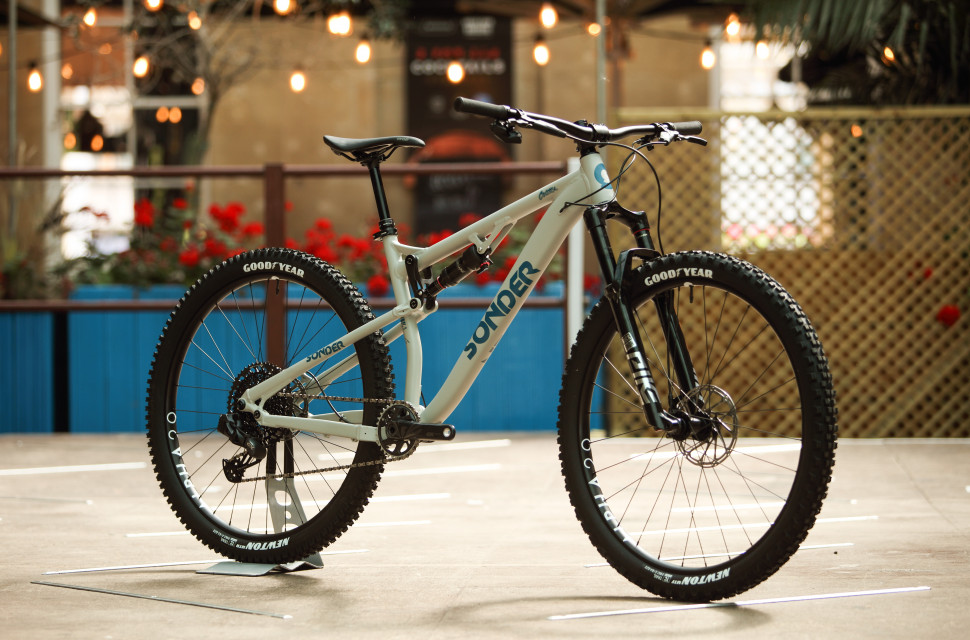 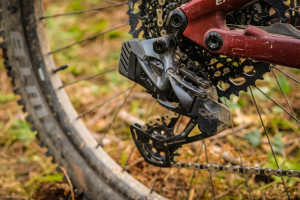 While a bit too pricey to be a Best mountain bikes for under £3,000 contender, Sonder's Cortex GX Eagle AXS is a short travel, 29" trail bike that looks to pack quite the value punch. That's because it's kitted with RockShox Ultimate suspension and SRAM's wireless AXS shifting for just £3,700. Here's a look at the bike ahead of a full review.

The Cortex is Sonder's short travel 29er that's designed to be fast and agile over a whole range of terrain. It's been built with a playful character, says the brand but thanks to a modern geometry, it can offer enduro bike-like stability when the going gets fast.

Built around a 6061 double-butted aluminium frame, the Cortex benefits from an ovalised top tube and a large section downtube both to make for a stiff front end. However, these tubes have also been tailored to offer just a little bit of compliance to complement the bike's little travel figures. 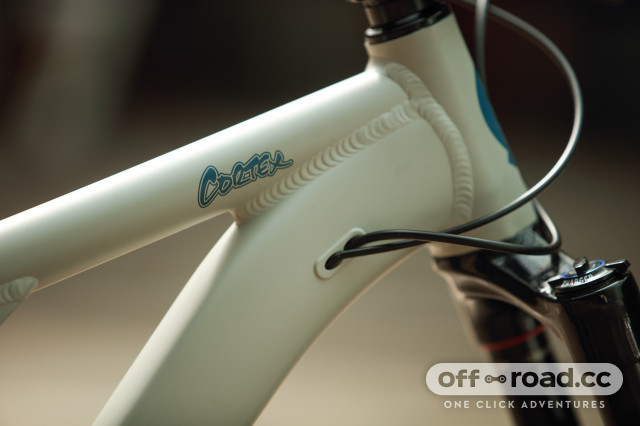 Elsewhere on the frame, there's neat internal cable routing that keeps the bike's lines nice and tidy and the Cortex uses modern metric shock sizing. This means that this bike can take advantage of those new shocks that are longer in length and built with shorter strokes which also have increased bushing overlap. All of this is said to offer a more supple and reactive suspension kinematic. Oh, and we can't forget about the threaded bottom bracket. 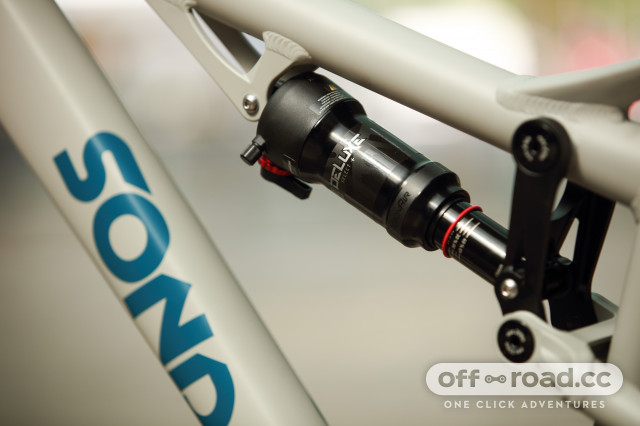 Speaking of suspension, the 120mm of squish at the rear is actuated through a Horst link suspension layout.  Sonder has built the bike in this particular way to keep the suspension as active as possible while braking which is key for a confident and planted ride. 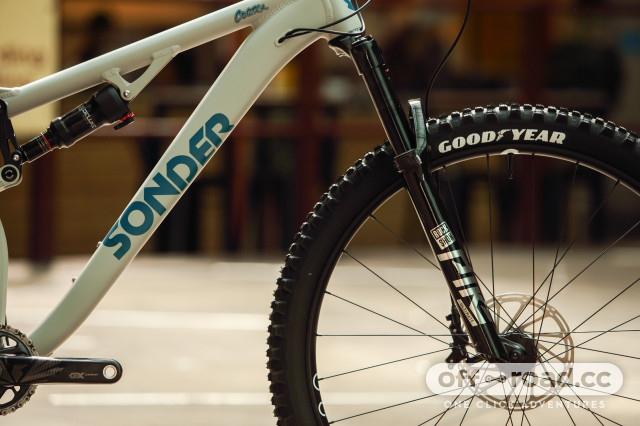 Damping that 120mm of suspension is RockShox' Deluxe Select+ shock and there's a Pike from the very same brand in its range-topping Ultimate guises with 130mm of travel. 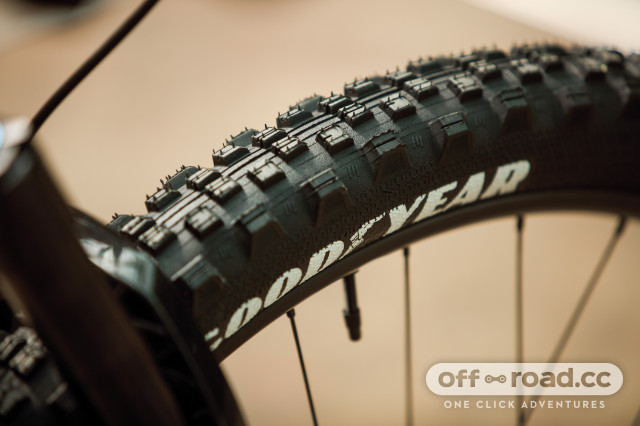 As well as all of that, the Cortex has space for 2.6in rubber mounted to 29" wheels. In this case, tyres are provided by Goodyear with the brand new Newton MTF and MTR. Here, the front tyre comes in a 2.5in width, while the rear is 2.4in wide. Those tyres are then inflated onto Sonder's own Alpha 29" wheels. 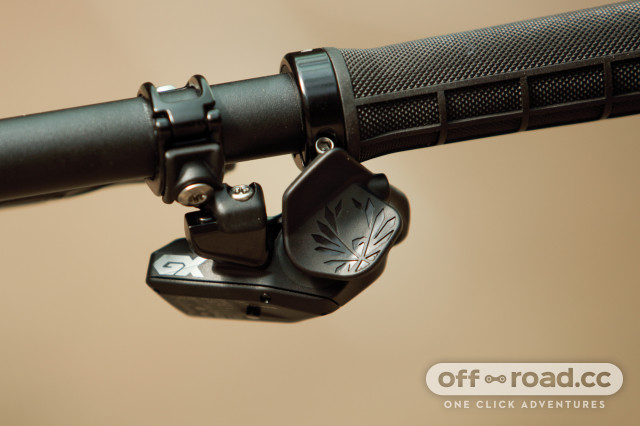 The big story with this bike is that it's kitted with SRAM's wireless GX Eagle AXS 12-speed drivetrain. Doing away with cables results in a rather considerable benefit. First and foremost, you don't need to rely on cable tension for slick gear changes but you also won't have to worry about wearing out those cables ever again. However, if you're stuck with a dead battery miles from home... Well, you won't be shifting until you get back but hey, you don't have any cables to snap. 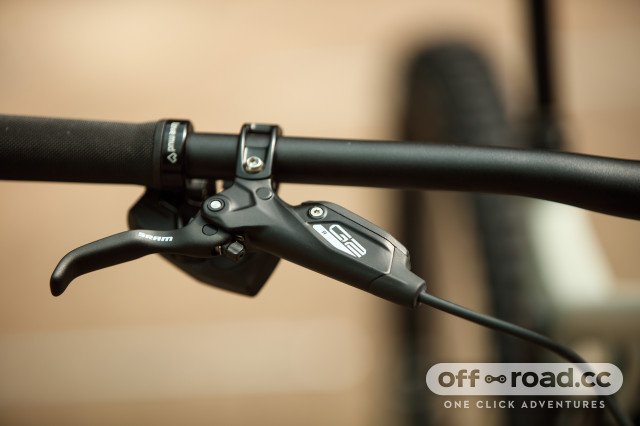 Moving onto the rest of the kit, apart from the X-Fusion Manic dropper post, Sonder provides the cockpit with the Aspect Riser bar, Piskie stem, and Clutch grips. The brakes here come from SRAM in the form of the G2 Rs with four piston calipers at either end and a 180mm rotor at the front, paired with a 160mm disc at the rear of the bike.

Sonder has built the Cortex with a very trail focussed geometry. With that in mind, it's graced with a 66-degree head tube angle, a 74.5-degree seat tube angle and this large frame gets a 465mm reach. All of that comes together to produce a 1,220mm wheelbase. On paper, Sonder looks to have hit the nail right on the head with the Cortex's trail geometry but as always, the proof is firmly in the pudding, so be sure to check back in for a full review coming soon.