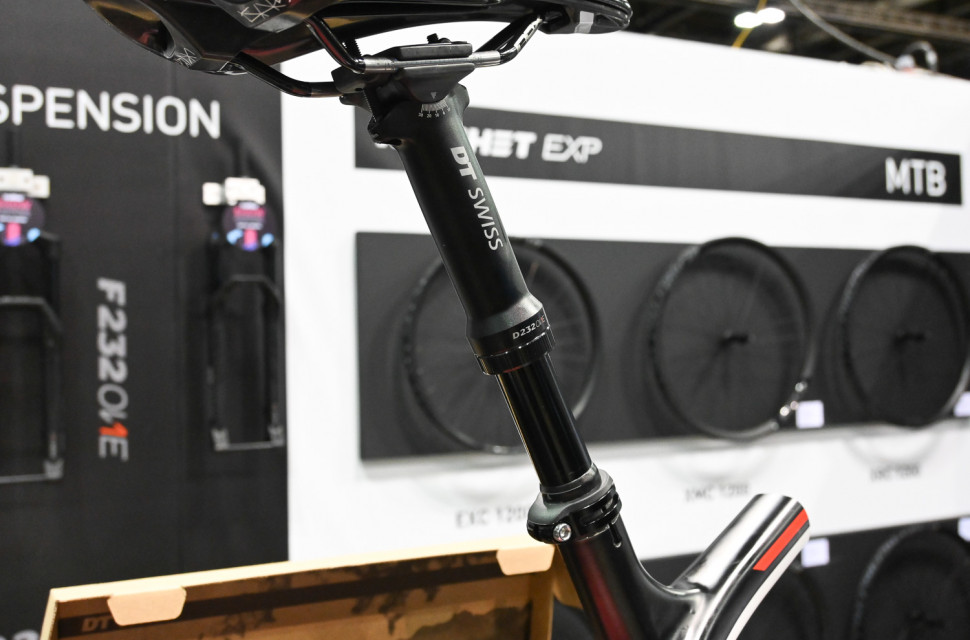 We recently took a trip to a magical faraway land (okay, Milton Keynes) to take a look at all manner of new products from the like of Park Tool, DT Swiss, Thule, Pearl Izumi and more courtesy of UK distributor Madison. Here's a selection of the shiny new stuff we found...

DT Swiss had a load of their new kit on display, with the lightweight new D232 dropper post being a particular highlight. It basically turns a normal dropper post upside down to give 60mm of travel at a much lower weight, while also coming in a skinny XC bike friendly 27.2mm diameter. With a claimed weight of a mere 370g thanks to a carbon body, will it tempt hardcore weight weenies into using one? 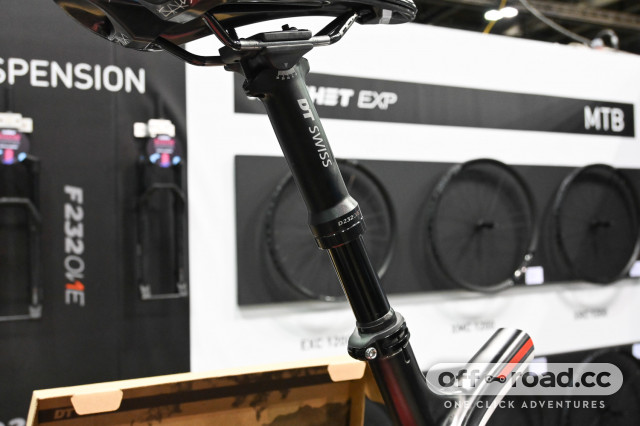 Other new things from DT included the matching lightweight F232 cross-country fork, which has some rather trick cutouts on the lowers to drop weight. 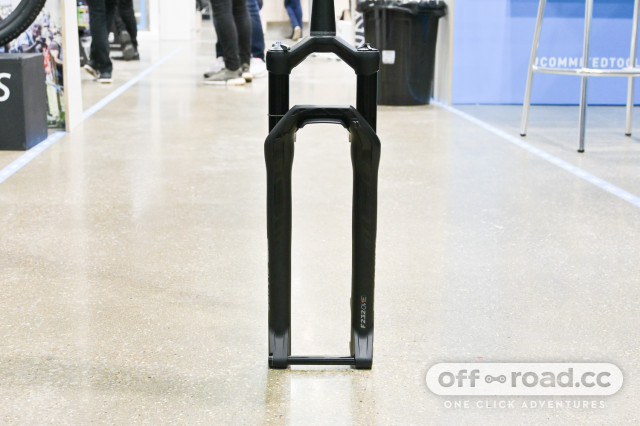 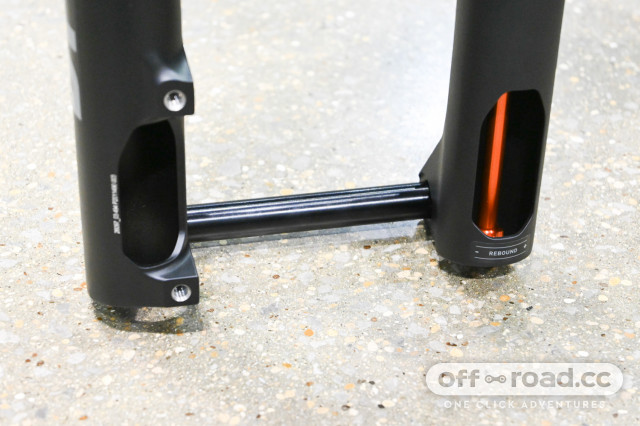 There's three-position damping control on the upper leg - with full lockout an option, obviously - and there's also a rather neat built-in mudguard. DT claim class-leading stiffness to weight - that being a claimed 1480g for the 100mm model - so it'll be interesting to see how it stacks up against the competition. 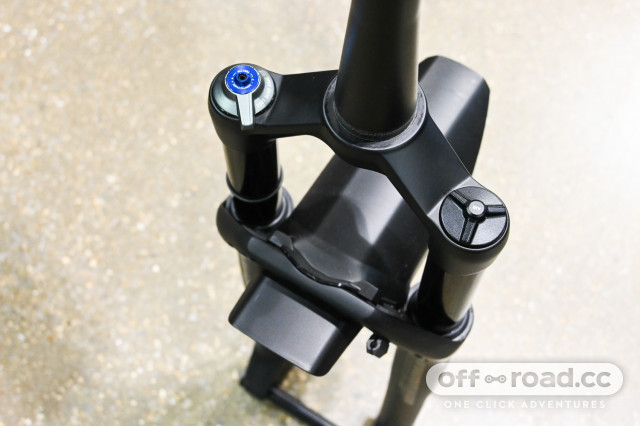 There was also a new range of top-end 180 hubs on offer, with a new, faster ratchet EXP driver. You can now also get upgraded freehub internals to speed up other ratchet DT Swiss hubs too. 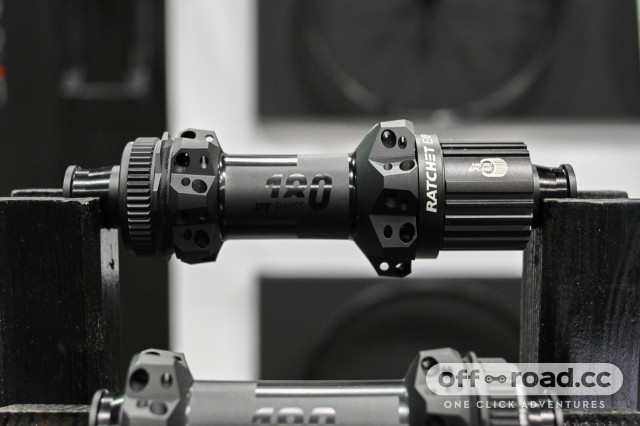 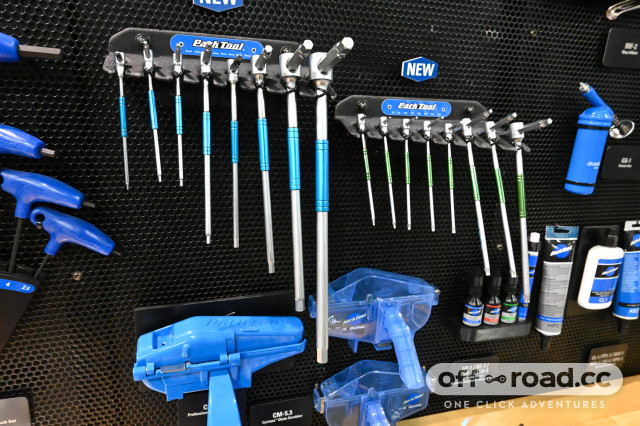 The bike shop's favourite blue tool brand had some exciting (well, to us spanner geeks) new kit to show, with these T-handle Allen keys being of exceptional interest. While they might look like standard workshop quality hex and Torx tools, one end has a spiral taper to help extract rounded and damaged bolt heads. 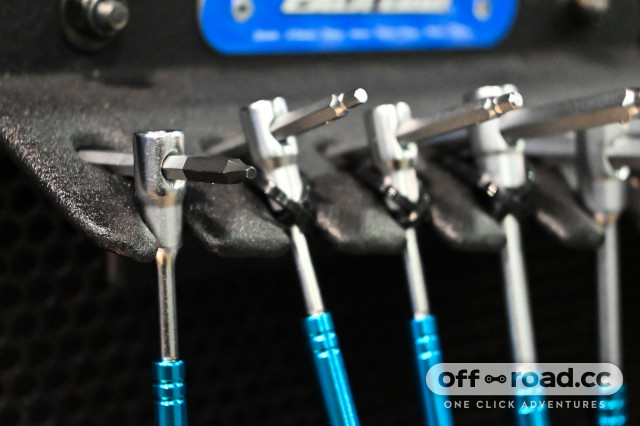 We also like the look of the new professional bleed its, available for both DOT (SRAM, Hope) and mineral oil (Shimano, TRP) variants, with all the attachments you might need included. 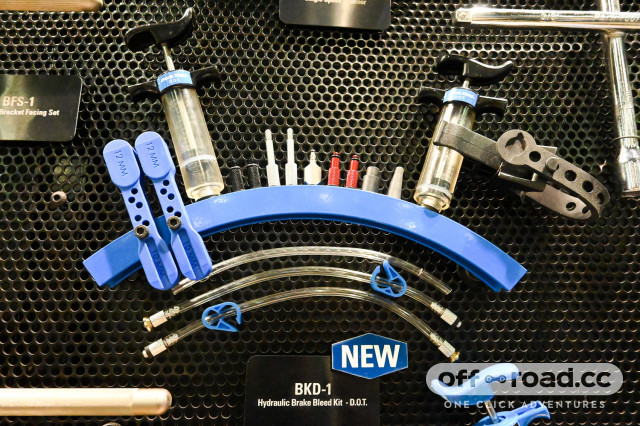 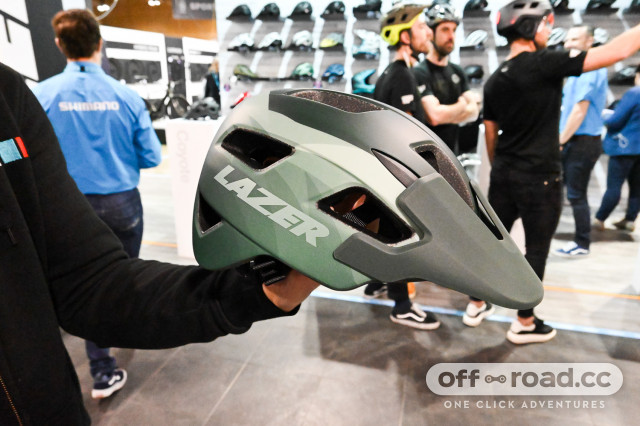 Sitting at a mere £40 - or £60 if you fancy the version with a MIPS liner - this Chiru lid from Lazer looks like a bit of a bargain, with deep coverage, big vents and more colours on offer than a unicorn can vomit. 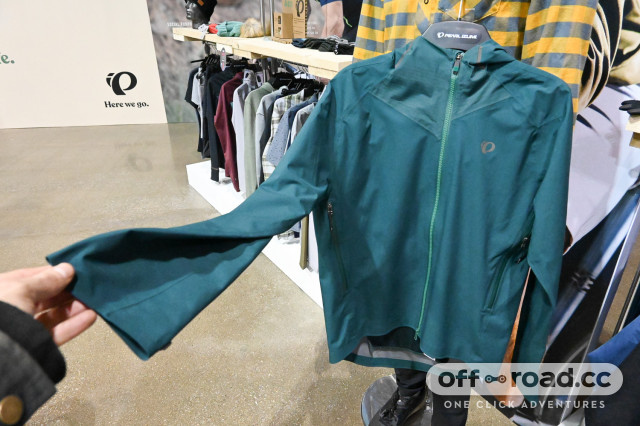 While we're on clothing, this new Vortex WXB jacket from Pearl Izumi is filed in the very much opposite end of the spectrum, costing a chunky £275. For that outlay, you get all the usual seam-taped, reflective detailed features you'd expect from a top-end waterproof, along with the highly breathable Pi Dry fabric, which is claimed to keep its magical droplet beading and water-shedding ability indefinitely. 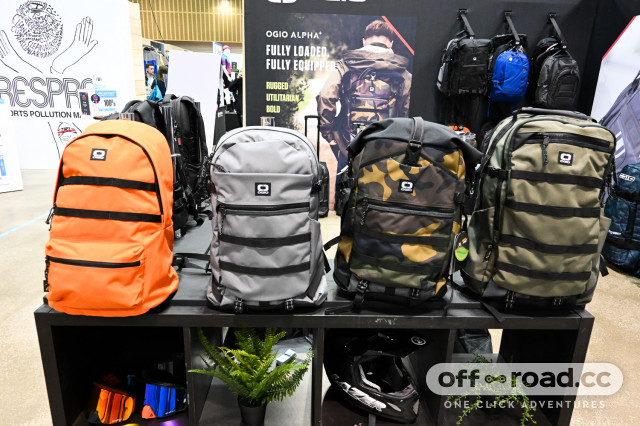 We rather like the look of Ogio's rider-friendly range of travel luggage - there's everything from big bags you can hide a fortnight's worth of riding kit in all the way to carry-on and everyday equipment. 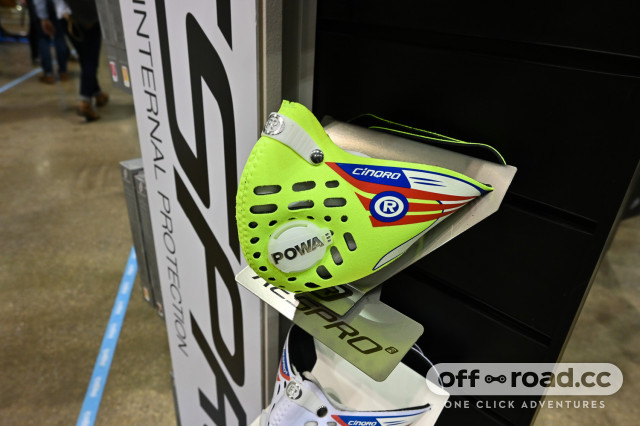 The Respro mask is a rather retro blast from the past but hopefully, this won't be the must-have accessory of 2020 - fingers crossed eh? 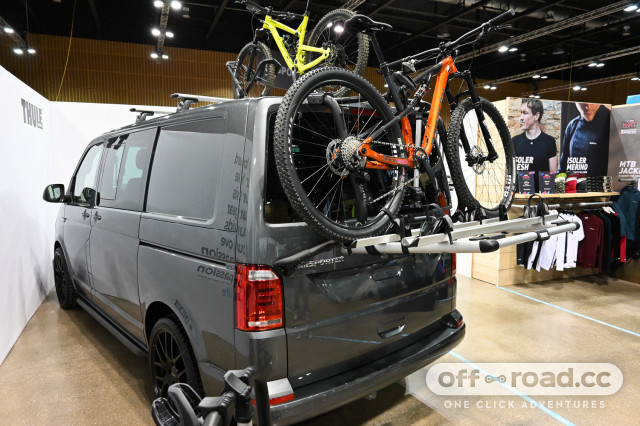 What better accessory for your mountain bike than a lovely Volkswagen T6 van? Or is it the other way around, we just can't tell anymore. Either way, if you want to carry your pride and joy around on your other pride and joy (one that definitely breaks the thing about your bike costing more than your car) then Thule's new rack is designed to fit the T6 perfectly and still allow you to lift up the rear hatch without any messing about. 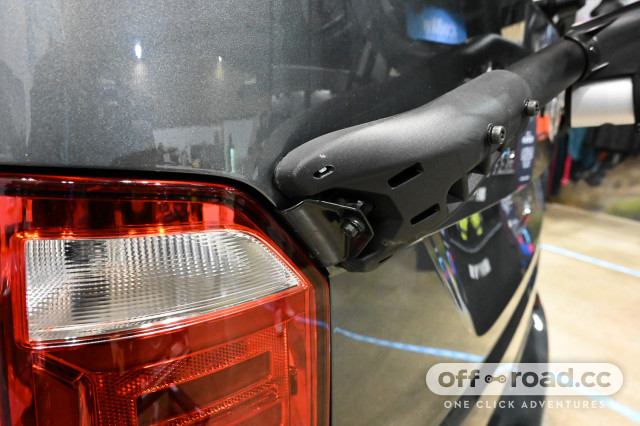 There's space for two bikes and it looks really nice and secure, though the only way we'll know for sure is if someone lends us a T6 for a while to find out - call us hun x 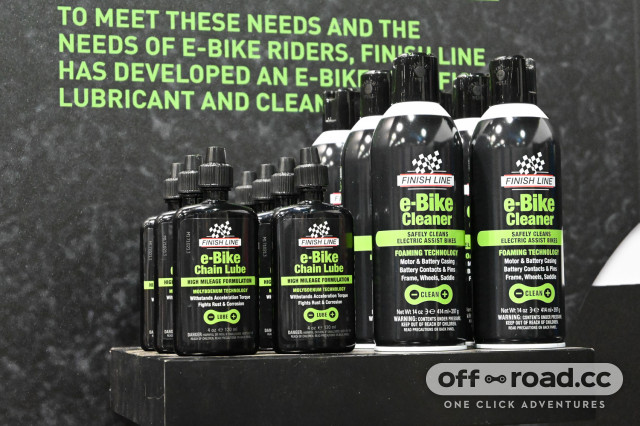 Before you start to rage about people just appending the words 'e-bike' on any old thing and claiming it's a new product, Finish Line has developed a whole new composition for their range of e-bike kit, largely based around the fact that many e-bike users might be a little less on it with maintenance. With that in mind, the chain lube uses the almost unpronounceable magic of molybdenum, which is claimed to both deal with the high forces a motor can apply and also hang around a long time, while the e-bike cleaner is designed around Bosch's requirements for an electrically friendly, non-solvent makeup. 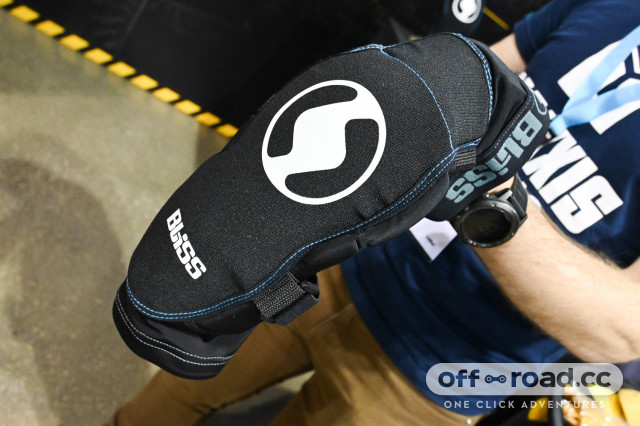 This new pad sits in between Bliss' lightweight and more full-on range of pads, offering all-around coverage with an ARG impact-hardening main knee cap and small EVA foam pads on the side. The knee cap itself gets Kelvar material to fend off scrapes, while there's this rather neat little silicone gripper inside to help prevent excess movement. 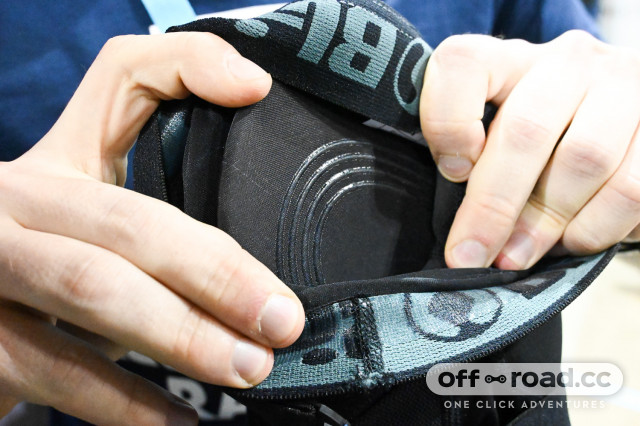 We'll be rounding up some of these bits and pieces for a full test soon, but in the meantime, you can check out the many and varied products Madison offers at their consumer site below: