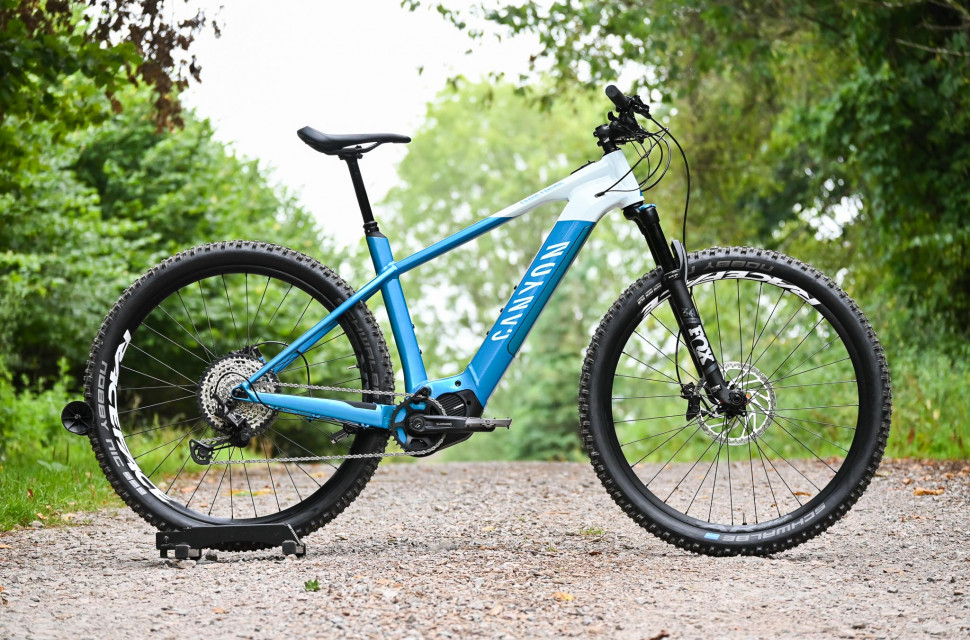 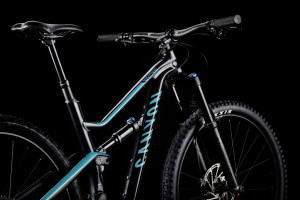 Canyon's Grand Canyon range has always offered impressive value for those looking for an affordable aluminium hardtail, but this Grand Canyon:ON AL 9.0 version adds in a Shimano E8000 drive unit with downtube integrated battery to make hills even less of a hassle.

This bike is actually the range-topper on the Grand Canyon:ON lineup, coming in at £3,168 once delivered, though there's also an 8.0 spec at £2,818. Both bikes get the same aluminium frame, which houses a 504Wh battery in the downtube powering the Shimano drive unit. 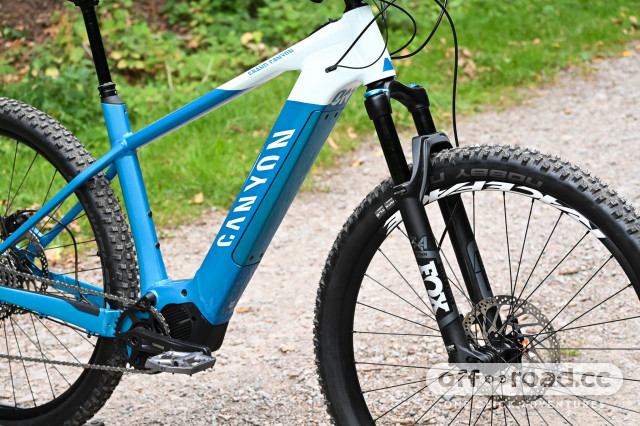 Both bikes also get the torquier E8000 motor rather than the cheaper E7000 unit often seen on more affordable hardtails, though you just get the simple black and white mini display rather than the colour unit that's often specced. The integration is impressive, with a sleek look and nice details such as the USB-C charger port on the top tube for powering gadgets from the main battery. 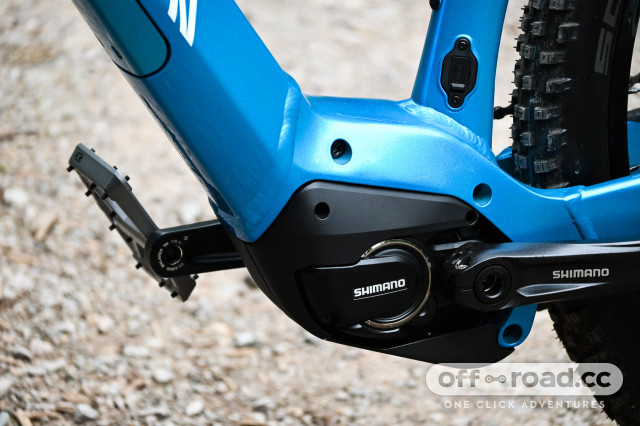 This spec is based around a Shimano SLX 12-speed drivetrain with a whopping 10-51T spread at the back and the mild upgrade of an XT mech. The brakes are also from Shimano, with MT520 stoppers with a four-piston calliper up front and a twin-piston unit at the rear grabbing onto 203mm rotors. 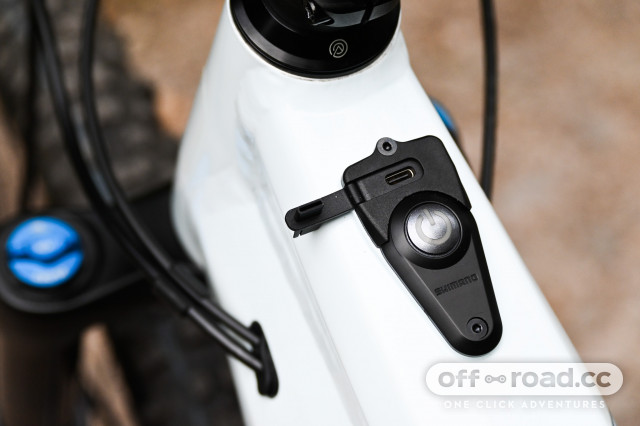 The finishing kit is mostly from Canyon's own stable, with 760mm alloy bars and a 150mm travel dropper post fitted with an e-bike specific saddle. It's a rather interesting design, with a big ramp on the back on the saddle to prevent you falling off the back on all the unlikely climbs you'll be able to do. 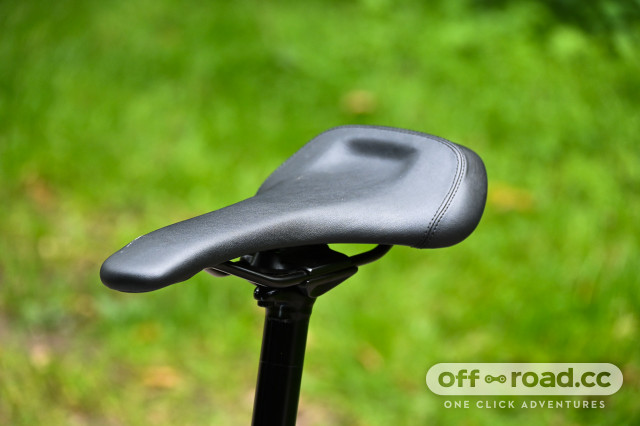 At the front, there's 120mm of travel from a Fox 34 Rhythm. It has a tapered steerer for extra stiffness and it's the e-bike specific model with thicker upper legs to better deal with the extra stress the heft of bike, motor and battery can put on it. 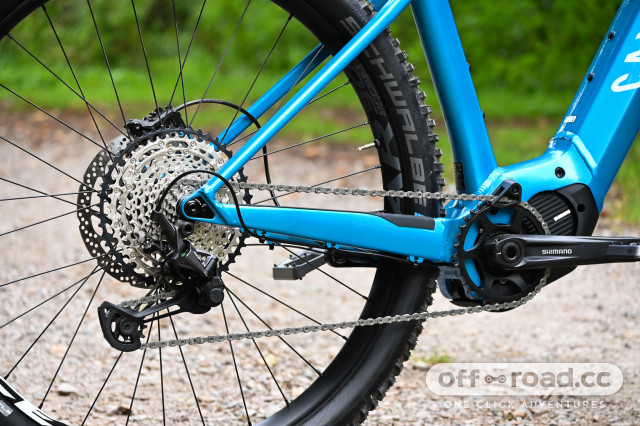 The bike runs on 29" wheels for sizes medium and above - the small is 650b - and it's fitted with chunky 2.6" Schwalbe Nobby Nic tyres with reinforced casings. This large frame gets a reach of 455mm, head angle of 68° and seat angle of 74°. It's fairly conservative stuff, which hints to the do-it-all nature of this machine.

We'll be getting out testing this presently, so check back for the full review soon.