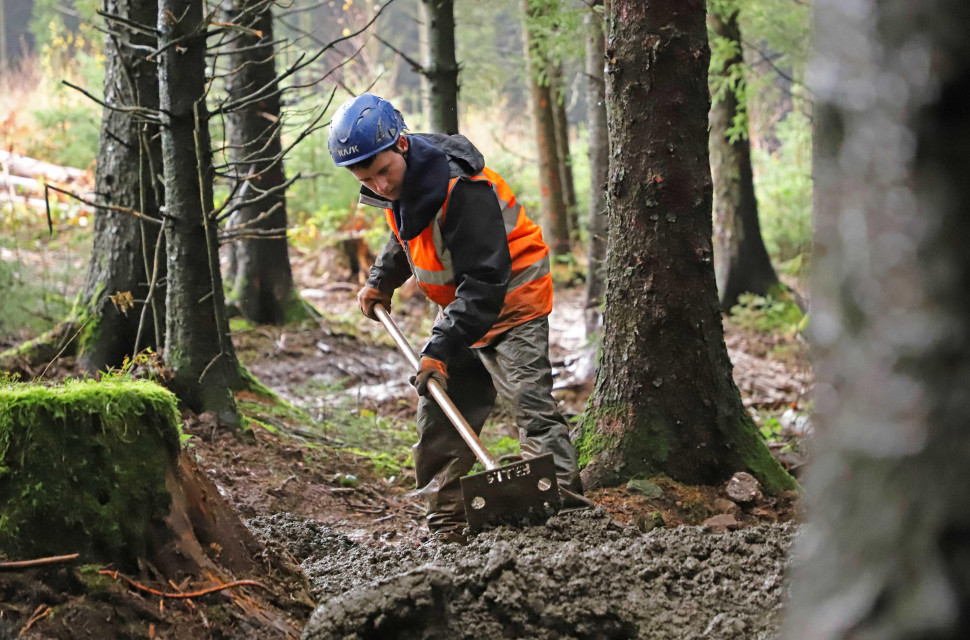 After three rounds of consultations, the work on developing the final draft designs for Bath Bike Park at the Entry Hill Golf Course site is expected to be completed this month.

The updated designs are being developed by Bristol-based cycling group Pedal Progression who last year won the tender process to create the bike park, which will feature five kilometres of mountain bike trails, a pump track, skills and learn-to-ride areas, a bike shop and coaching services, as well as offer space for other outdoor activities.

Pedal Progression has now released the latest survey results, which scoped the views of the locals and the potential park users on various aspects of the proposed design and services.

Over five hundred people responded to the consultation with the majority supporting the proposals, saying they were excited about the facilities opening. Concerns were raised about the compact location of the site, traffic, parking, air quality, the movement of wildlife and the potential for damage to habitats - as well as the cost of the use of the cycling facilities.

Two-fifths of the respondents thought the cost to use the trails is reasonable. Tickets for half-day use of the mountain bike trails are likely to be in the region of £9.50 for adults, £6 for children or £28 for a family. 45 per cent of the respondents said they'd not need to hire a bike.

The results also showed that the majority of the respondents are interested in the nature area, walking and running trails and the cafe planned for the park with nearly a quarter saying they'd never use the mountain bike trails.

Councillor Mark Roper, cabinet assistant for neighbourhood services at Bath and North East Somerset Council, said to Somerset Live: “I’d like to thank everyone who took part in this latest consultation. It’s important Bath Bike Park caters not only for those who want to use the mountain bike trails, but for families, walkers and nature-lovers as well. The feedback we’ve received will help to ensure we balance the needs of all park users in the final design.

“I was particularly encouraged to see that 70 per cent of people who responded to the survey said they would use sustainable travel options to access the site, either walking or cycling or using a combination of these with public transport.”

The Bike Park was originally due to open by the end of 2022, but due to various challenges, the completion has been pushed back to Spring/Summer 2023.

Updates and details on the project and the full Phase 3 Community Engagement Report can be found on the Pedal Progression website.