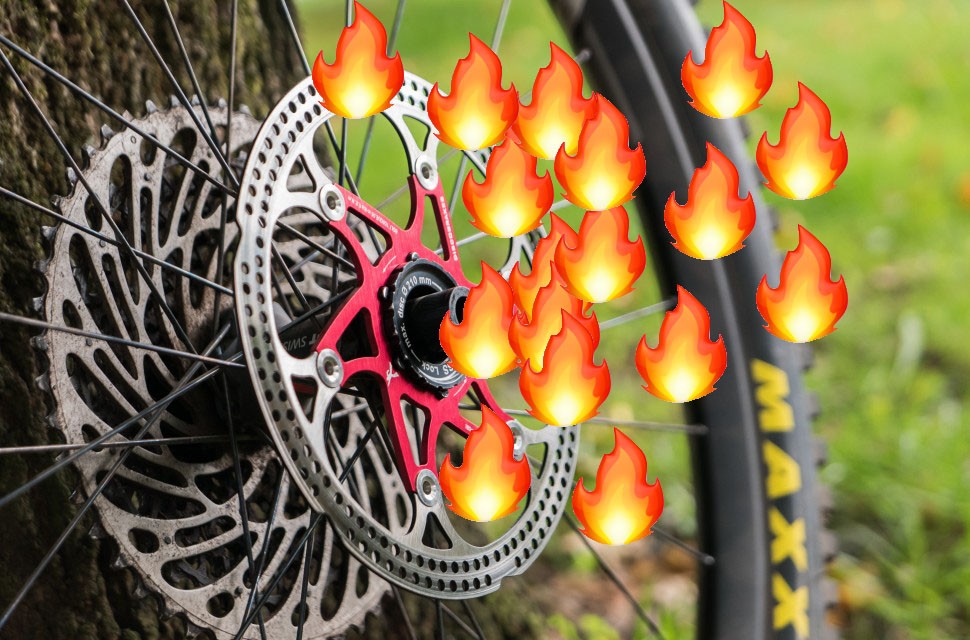 Poor disc brakes. If they're not having a hard time with road riders blaming them for all manner of injuries then they're busy starting forest fires in Austria, according to this news report from Spanish website ESMTB.com.

Through the medium of Google Translate, we're told that a fire started last Saturday at Brandnertal Bikepark in Austria. When questioned about the cause of the fire, an unnamed biker told the police that the fire started when he put his bike down in the dry grass after a long descent, causing the whole lot to burst into flames.

After trying to stifle it and failing, the biker then called the fire brigade who proceeded to put it out using helicopters a couple of hours later, thankfully with no injuries or material damage, according to the police report quoted.

Of course, we've no real way of finding out of this is abject bollocks or not but we've got a strong suspicion it is - a quick look at the current weather in Brandnertal shows it at a less than balmy 8º and a webcam shows that there's considerably more snow than wispy dry grass waiting to be ignited by a disc rotor up the mountain. Add in the fact that the bikepark is currently shut for winter and it's even more suspect.

Either way, this highlights the very real peril that disc brake forest fires present. Should we start running disc rotor guards? Equip bikes with fire extinguishers? Or just go back to rim brakes, which were much safer apart from when it came to not stopping you very well?

We've reached out to Bike Park Wales in Merthyr Tydfil (annual rainfall 1,181mm) to see what precautions they'll be taking for the summer season.

Do let us know your thoughts in the comments.