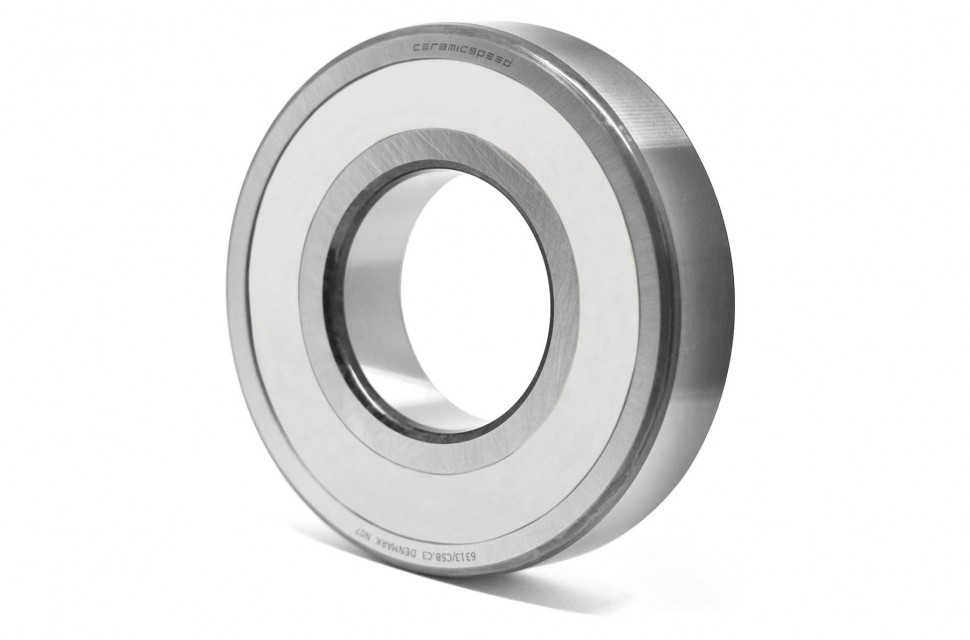 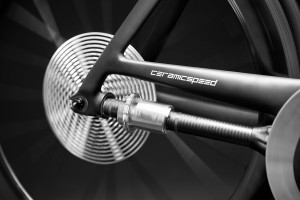 Goodbye to the chain? CeramicSpeed shows off shaft driven Driven concept drivetrain for mountain bikes
Don't expect it on the shelves anytime soon

CeramicSpeed, Danish purveyors of high-end ceramic bearings and a derailleur cage that costs €1,500 - yes, really - reckon they've seen the future of off-road pivot bearings and it involves solid lubrication and no maintenance.

The new 'SLT' bearings are said to have a vastly increased life, up to three times longer than a conventionally greased bearing. Apparently, after testing with 2500Nm of radial force, there were 'extraordinary differences' in wear between CeramicSpeed SLT Bearings after 1.8 million cycles and a market leader at 600,000.

Solid lubricant bearings aren't anything new - they're often used in industrial applications where having grease present would be an issue, such as food preparation or where high temperatures would cause the grease to melt, such as furnaces. The basic principle is to use a polymer impregnated with oil or another lubricant such as graphite that encloses the balls of the bearing on either side of the race, with the lubricant being baked into the polymer medium.

By sitting so close to the balls, the solid lubricant works to keep them in close contact with the oil and also helps keep out dirt, as there's simply no space for it to get in between the balls and the race and thus cause damage, though those exposed to wet conditions also use a contact seal for additional weatherproofing.

CeramicSpeed's take on the design uses steel races with some of their super hard and very round silicon nitride balls and they say they've been busy testing it "in conditions that are normally unsuitable for any bearing. Running partly submerged, running under daily exposure to splash water and detergents, and, in one real life test, in an acetone solution."

Quite how an acetone solution - nail varnish remover to you or I - is a real world test for a mountain bike pivot bearing is beyond us, but it's nice to know they've got it covered if your trails take you through solvents on the regular.

If these bearings world as CeramicSpeed claim, then that the extended service life is pretty impressive, but we can see a couple of drawbacks on the horizon. The first is that solid lubricant bearings have an increased fixed friction over conventional types, which is pretty much the last thing you want in pivot bearings. The second is that they're liable to be eye-wateringly expensive, even by the fairly outlandish standards of ceramic bearings.

It'll be interesting to see final pricing, as we suspect that paying a big chunk extra for a frame equipped with these bearings from the factory might be hard for many brands to justify when a standard bearing kit costs under £50. Still, not having the faff of switching out bearings for many years might well be worth the cost to anyone that's had to try and wrestle multiple knackered bearings from their bike...

Crankbrothers Eggbeater 3 pedal review £130.00
Very light and very effective, especially in mud, but stiff shoes are a must
News