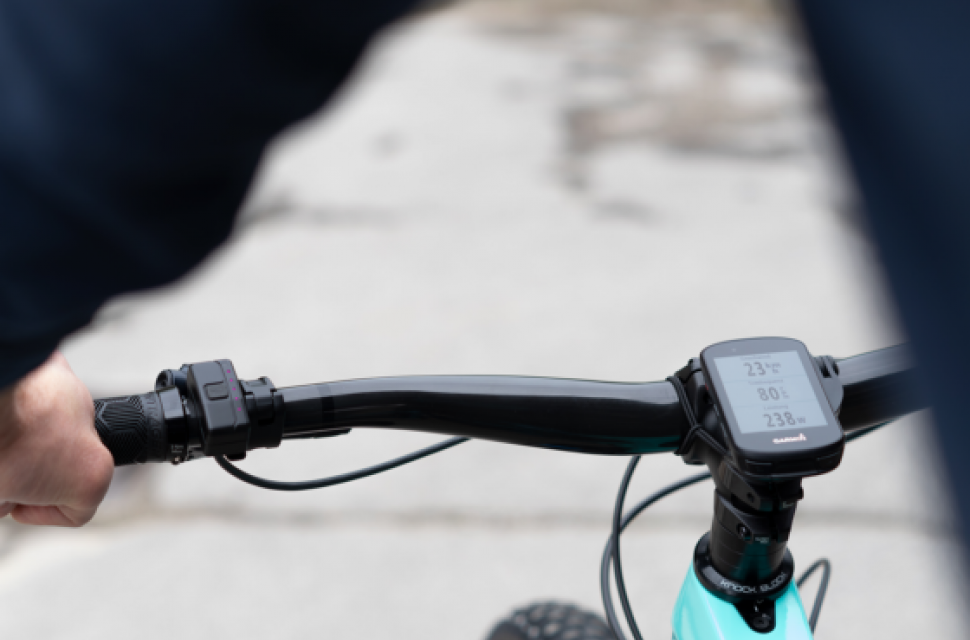 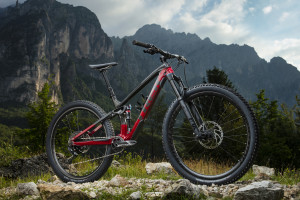 A beady-eyed bike geek spotted the new Fazua Remote Bx in place on a Trek in recent Fazua press release photos. The tip-off, got us thinking - are Trek in the process of designing a light weight e-mtb using the Fazua Evation motor?

A new lightweight e-bike would be a neat addition to the Trek e-mountain bike lineup. Their full-fat e-bikes are all powered by the new Bosch Performance Line CX motor, which although is slimmer and lighter than the previous version of this motor its no lightweight. There's no option from Bosch to build a bike with a small light motor package such as the Fazua Evation (used in the Kinesis Rise) or the unique drive system from Specialized/Mahle. 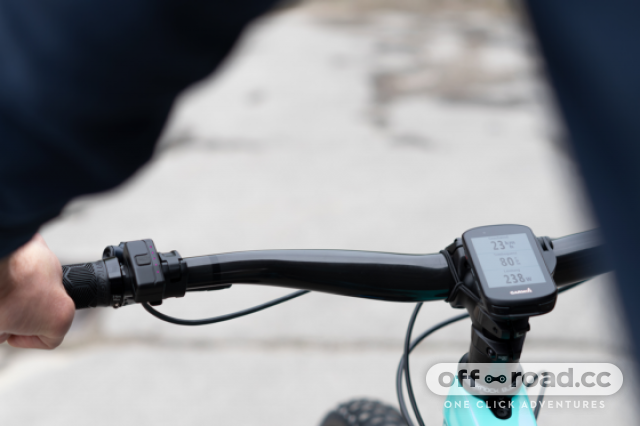 The appearance of this photo in a recent Fazua press release about their new smaller handlebar remote got us thinking - are Trek making a bike specifically for this smaller motor? If they did it'd be less powerful but also lighter than any other e-bike they currently make. The clues from the photo come in the form of the words 'Knock Block' written on the upper headset cup - Knock Block is Treks proprietary tech used to prevent the fork crown turning too far and hitting the downtube. Trek introduced this when they moved away from using their 'Full Floater' linkage on some bikes. Bikes such as the Remedy now feature the shock inserted in a stationary position on the downtube, allowing Trek to use a larger, straighter downtube which is consequently stiffer but would also be in the way of the crown of the fork should the handlebar spin around fully. To counter this 'Knock Block' is used to prevent the bars from turning this far and hitting the downtube at the upper end.

The bike in this photo also has Bontrager grips (so it's definitely a Trek!), plus the brand uses the Fazua Evation motor in their e-road bikes such as the Domane, making this a not wholly ridiculous speculative piece.

We're assuming that Fazua didn't just stick this remote on an old Trek they had lying around their office for a photoshoot and that this is some kind of pre-release photo of the new remote in action. Its be super interesting to see another light e-mtb on the market following up from the Specialized Levo SL, a bike we've just reviewed. I'm (Rach) pretty keen on the lighter e-bike concept (read why here) as I think is ideal for a lot of riders that don't want or need a more powerful bike but still want some e-bike benefits, such as longer ride range. It'd be exciting to see more choice and competition in the industry in a market we think will be booming before too long.

Of course, we know what assumption did  (made an ass out of you and me) so we have of course reached out to Trek to ask about this new bike. We haven't heard anything back yet but as soon as we do we'll let you know the score.