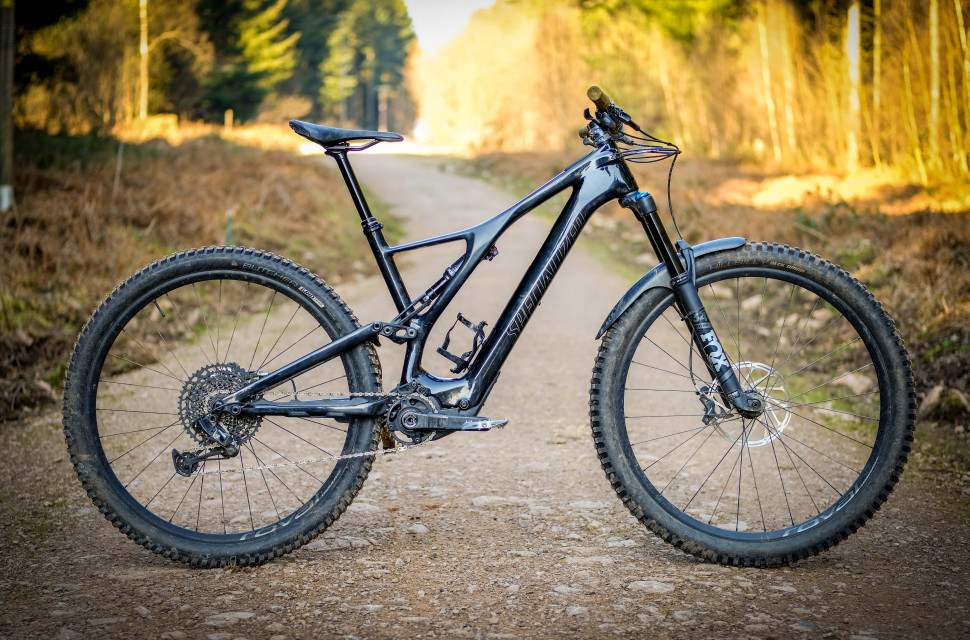 Rachael Wight
|
Aug 14 2020
|
Overall
Quality
Performance
Value
What's good?
What's not?
Buy if...
You want one bike that is both and e-bike and a leg powered bike!

The Specialized Turbo Levo SL Comp Carbon is a sleek, light and very useable take on the e-bike. The motor might be less powerful than most, but it also has far less mass to push, it's smooth and the battery lasts really well. The spec – in particular the fork – holds it back on rowdy trails and the geometry verges on dated, but for flowy trails and long adventures, the 'superlight' e-bike concept is a winner.

The Levo SL is targeted at those who want the longer range and increased climbing ability of an e-bike, but not at the expense of a 'normal' bike's lightweight, playful nature.

In a nutshell, the Levo SL is an 19kg e-bike with 150mm of travel, 29er wheels and the Specialized FSR suspension linkage. Its frame comes in either alloy or carbon, to help it meet a range of price points. 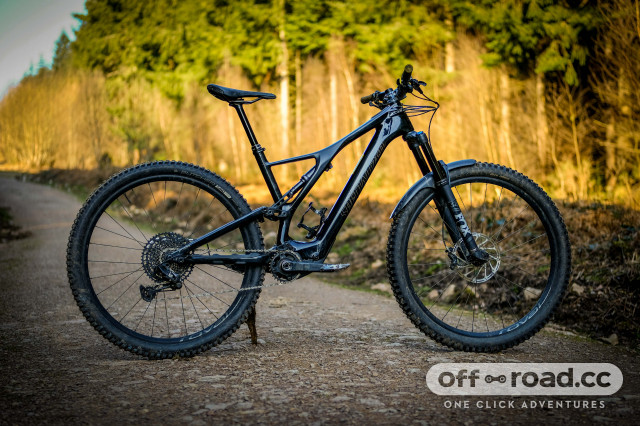 The motor is a collaboration between Mahle and Specialized, and appeared in the Creo road bikes launched last year. It's geared rather than belt driven like the Brose motor on the bigger Levo, but while that makes it noisier, it's also more reliable. 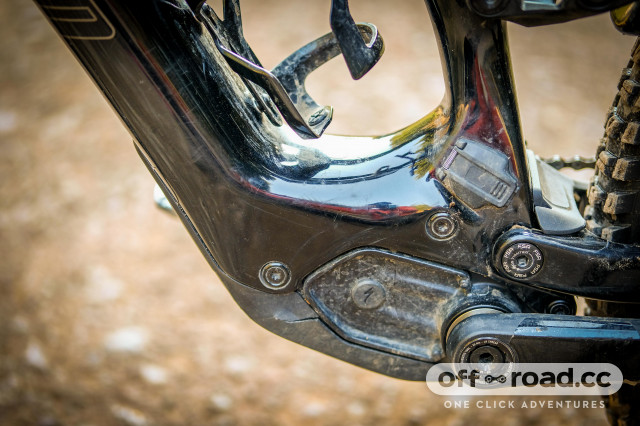 Power output is 35Nm – a fair bit down on the 50Nm Fauza motor seen in other light e-bikes or e-gravel bikes – but it doesn't show as much as the numbers imply. The Levo SL's power delivery is smooth and will get you speedily from bottom to top... if not quite as fast as a Levo, it is a great deal faster than an acoustic bike.

As a reference, the SL needs Turbo with 100% assistance to stay with 'regular' e-bikes in their average Trail mode. And if the range isn't enough, Specialized does a Range-Extender Battery (the thing in the bottle cage here) that adds another 160Wh of juice for £320. The Range Extender at 160Wh adds another 50% total battery life, giving you half your total range on the integrated battery again. 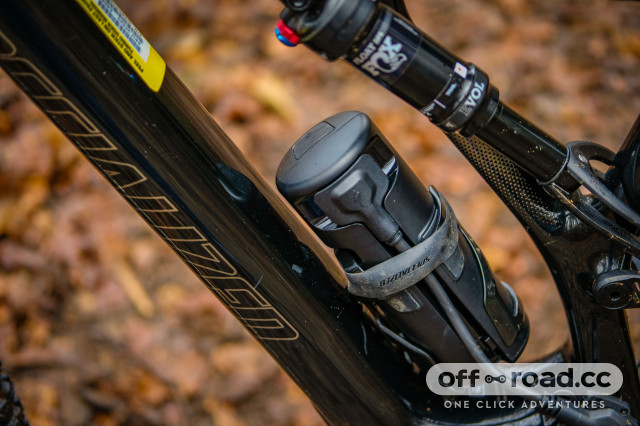 Unfortunately, you can't remove the main battery like you can on a regular Levo – charging means bringing the bike to the plug. 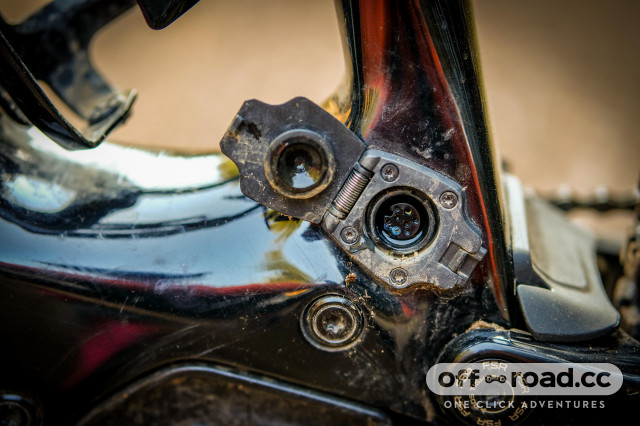 The smooth power is intuitive – there’s no ‘kick up the arse’ feeling, rather a gentle, consistent helping hand (not up the arse, no...). I’ve been using the bike with Trail mode set to 35% assistance and 100% at peak power – it's easily adjusted via sliders in the app – and find it conserves battery well. It still gives you extra oomph when you suddenly find you need it, though. 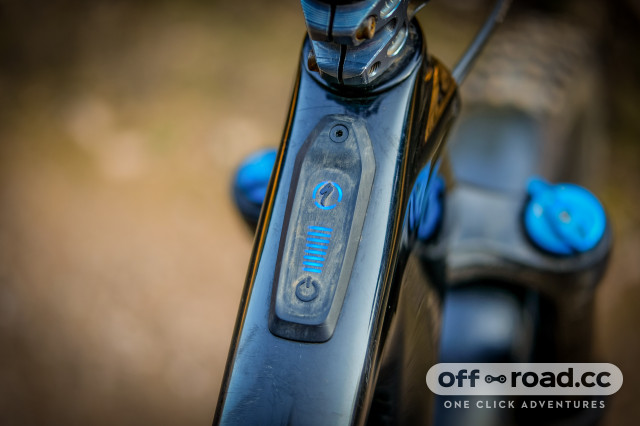 As well as being used to alter the modes, the Mission Control app monitors battery health, life, and software updates, alongside clever stuff such as ride recording and automatic mode-switching to eek out battery life to your preset ride duration. It's an easy app to use and connects reliably. 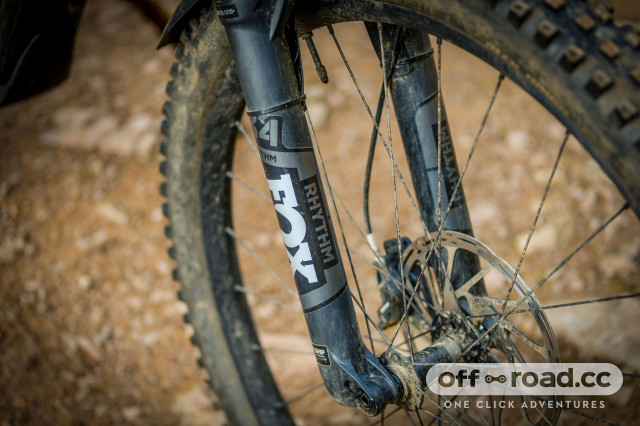 Away from the electronics, the componentry isn't what you normally expect for £6,250, but obviously that e-bike tech soaks up a fair bit of budget.

You get a Fox Rhythm 34 Float up front, and unfortunately the Levo SL is well underforked as a result. The 34 is flexy and dives under load, especially with the weight of an e-bike behind it. I tried a set of Rockshox Pikes on mine to see what difference it made; it makes the bike a whole lot harder-hitting. A fork rethink is seriously in order here, especially as this could wear a stiffer-chassied fork for pretty much the same money as a 34 Float.

The Fox Float DPS Performance shock performs slightly better, but it's not the best damping experience ever, and the thing is pretty chattery. It's easy to knock the three-position lever from open into trail mode when riding, too, which doesn't help and is frustrating. 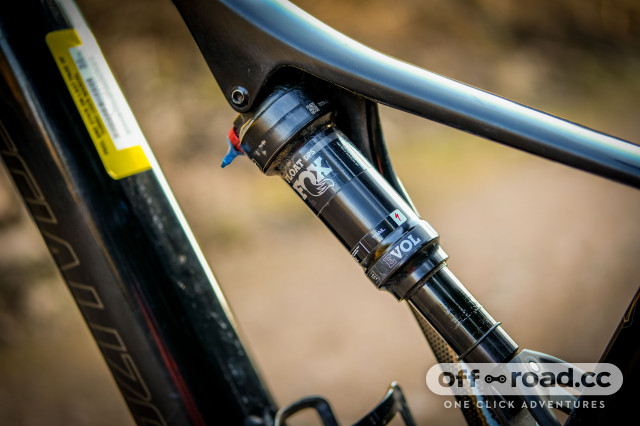 You get a SRAM NX Eagle drivetrain, SRAM Guide R brakes, and Roval wheels wrapped in Specialized's own 2.3” Butcher and Eliminator  Grid Trail tyres. The cockpit is theirs too, with the addition of an X-Fusion Manic dropper post.

It all works well enough, but like the fork, it's slightly undercooked for proper hard riding – the brakes aren't the most powerful and it really needs tougher, wider tyres, I'd be keen to see Specialized BLCK DMND carcass here. A quieter mech that doesn’t slap around as much would be great too... it's all useable and okay, but no more than that. Especially when ridden hard. 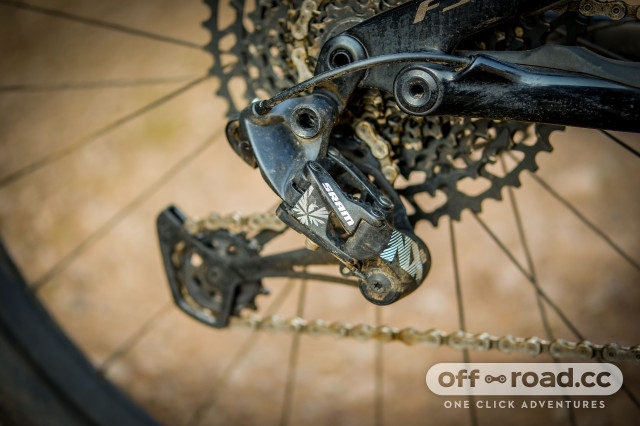 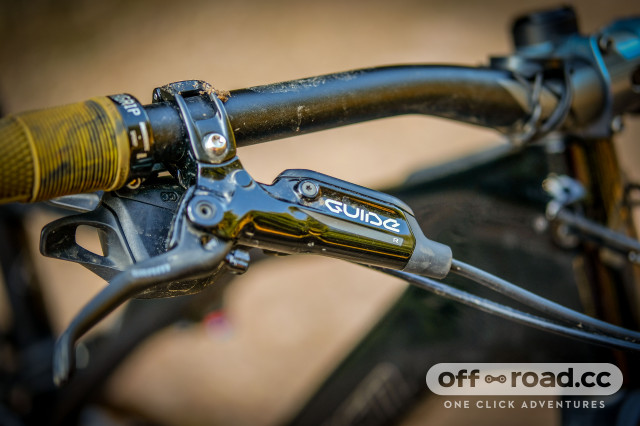 The Levo SL's geometry is pretty much identical to the Levo, but with shorter chainstays. That means it’s not the most progressive, and while it might not put many riders off, it’s not exactly modern either. It gets a 66 degree head angle, a 74.6 degree effective seat angle and 437mm chainstays, with a 455m reach and 1217mm wheelbase (size Large). 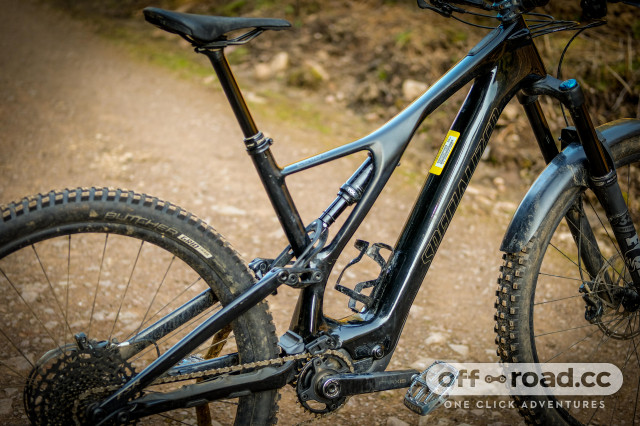 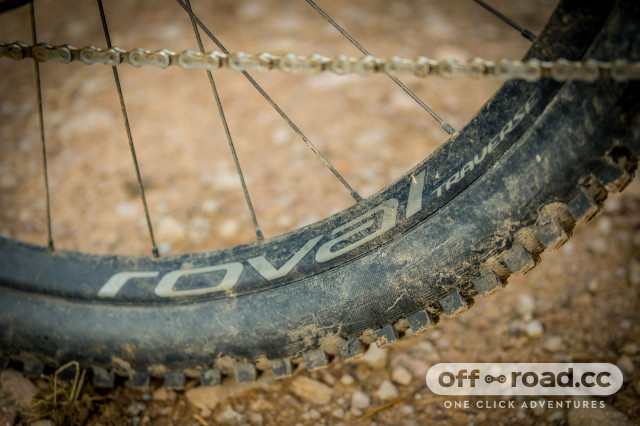 The resulting ride sits firmly in the trail bike category, and very much at the trail/adventure end as opposed to the enduro one. This is a bike built for long days in the saddle, with the ability to have some fun on the singletrack too.

Push the bike hard downhill and the suspension components are easily overwhelmed, but on tamer trails the bike is a hoot. The extra weight makes this a super-stable ride, and it's supremely confidence inspiring. That weight helps push the tyres into the ground, adding grip and traction and making you ride faster. 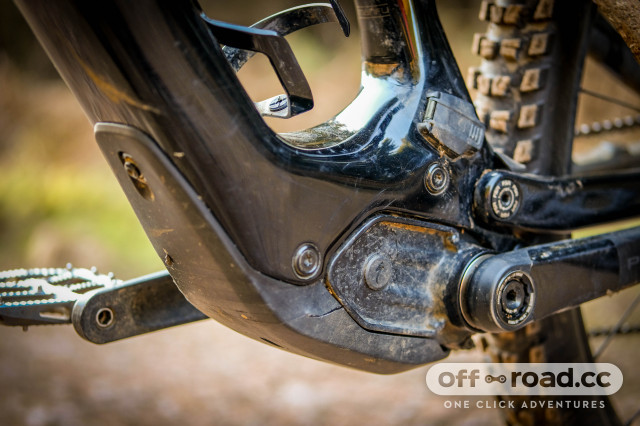 I’ve been riding in Trail mode (50%) whilst descending. It’s enough of a helping hand to feel natural, and as this bike weighs 19kg, pedalling it past 15mph is less of an effort than with full-on e-bikes.

Winching back up to the top is fairly efficient thanks to the motor, but the seated climbing position could be more comfortable. The slack effective seat angle leaves you rather stretched out.

The Levo SL is supportive and natural rather than super powerful – it’s a total ride extender and I’m totally sold on the concept. I’ve done almost 100,000m of descending this year, and it’s all because of e-bikes... and mostly this one.

The Turbo Levo SL has the ability to take away most of the effort of climbing should you want, whilst still allowing you to work hard if you choose. It's a great concept and executed well for flowing trails, but the slightly conservative geometry, disappointing spec and – most of all – the ill-suited fork hold it back from achieving its true potential.