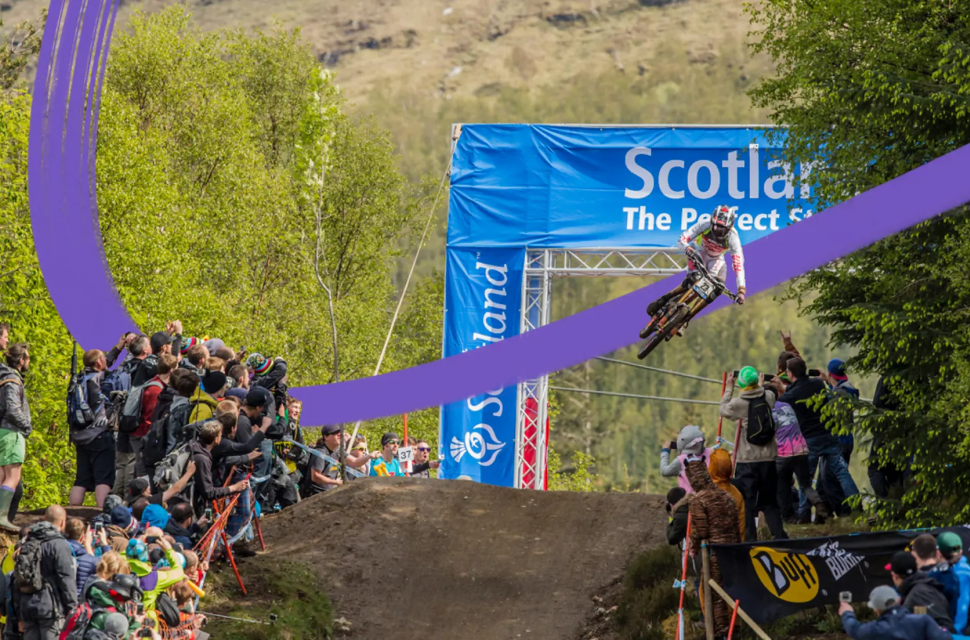 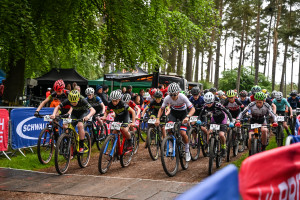 The schedule for the 2023 UCI Cycling World Championships has been unveiled and will the the form of a historic, all-encompassing festival of cycling held across Scotland from 3-13 August 2023.

The 11-day event will bring all 13 World Champions together across the UCI World Championship disciplines. Thousands of world-class cyclists will be competing to win the rainbow jersey in disciplines ranging from mountain biking to road cycling, and from track to BMX. This year, the event will also feature para-cycling and junior competitions.

Over a million spectators and around one billion television viewers are expected to enjoy the racing across Scotland. From the Scottish Borders to the Highlands, the event aims to unite Scotland while sharing an inspirational cycling message with the world.

“Glasgow and the whole of Scotland are creating sporting history by hosting this multi-discipline cycling event for the first time. The UCI Cycling World Championships were one of my visions when I was first elected President of the UCI in 2017. That vision is now becoming a reality and the inaugural edition is really taking shape. The schedule unveiling enables us to visualise what awaits during these 11 days of non-stop cycling action. The entire cycling community can definitely expect great things!” David Lappartient, President of the Union Cycliste Internationale said.

The championships will kick off with downhill racing in Fort William on the spectacular Nevis Range, and in Glasgow, the road racing kicks off with the Elite men's road race. Following these, Glentress will host the cross-country and marathon races and throughout the week fans can spectate track, BMX and para-cycling.

The Women's Elite road race - featured in the UCI World Championships for the first time - will finish off the spectacular cycling event, on Sunday, August 13 - a closely considered date that allows the elite women racers to prepare and rest for the Tour de France Femmes. 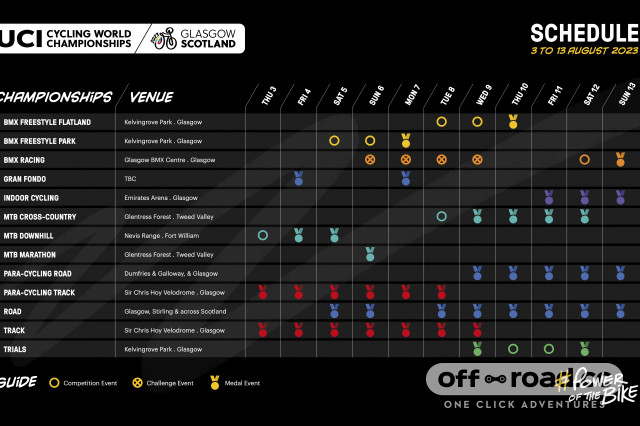 The full schedule of events across all 11-days can be found on the event website below.