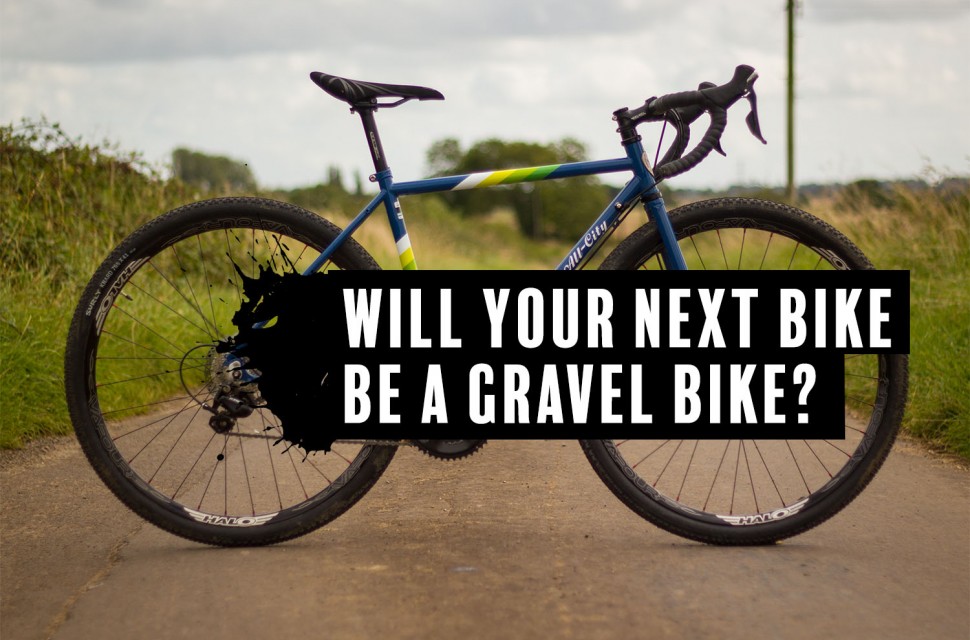 To many people, these new fangled gravel bikes are simply rebadged cyclocross bikes. Is the cycle industry guilty of rebranding cyclocross bikes to sell more units, or is there genuinely something interesting happening under the layers of hype? We talk to Raleigh and Whyte to find out...

For many happy years, you had your road bike for, er, riding on the road, and a cyclocross bike for muddy winter cyclocross racing and hacking about. Very clear usage definitions. But what many cyclists buying cyclocross bikes have been doing is adapting the bikes for winter riding and commuting, with mudguards and racks (where they have mounts) and wider tyres. 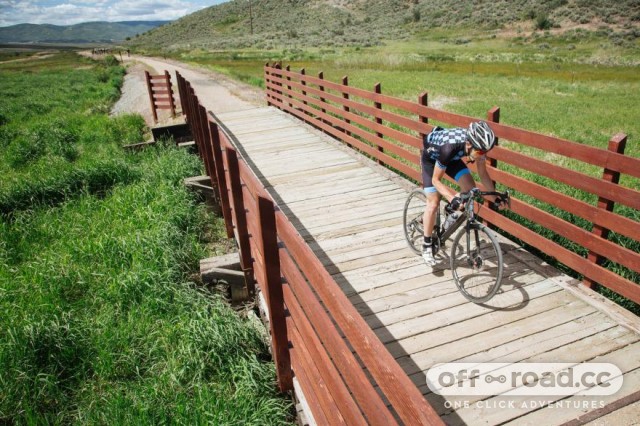 Meanwhile, over in the US there has been a growing popularity for gravel races, long distance events held predominantly on gravel tracks (there are lots of them in the States). This pretty much led to the development of the dedicated gravel bike (the industry is always keen to exploit a trend), distinct from a cyclocross, mountain or road bike, but borrowing key features from each of them. Disc brakes are common, clearance for wider tyres, rack and mudguard mounts, and geometry designed for comfort and splitting the difference between a road and cyclocross bike. 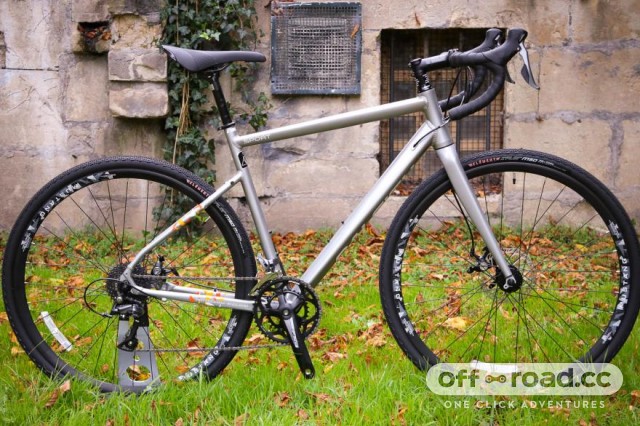 “You can do a cyclocross race on a gravel bike or adventure rides on a gravel bike but the bike designed for the task will do it better. The cross bikes have faster handling, stiffer frames designed to be raced hard for an hour. The bottom bracket is higher to give better clearance for obstacles and corners and the wheelbase is shorter to make the bike more agile. A gravel bike has geometry and riding position similar to an endurance road bike,” he says. 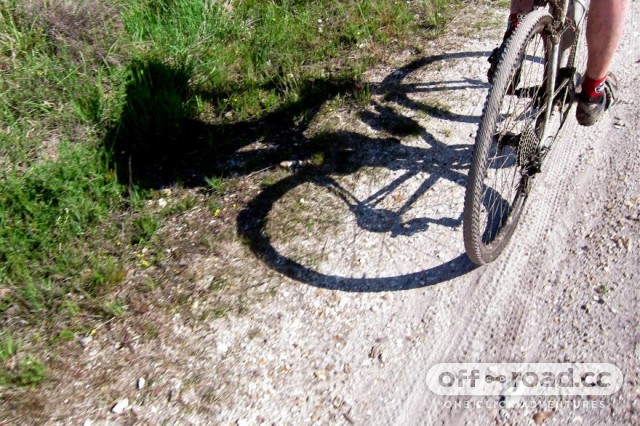 The definition of a gravel bike is a bit blurred. A lot depends on the terrain and the ratio of road to off-road tracks, and your personal riding preferences of course. You could certainly use a cyclocross bike, but what we are finding is that bike designers are producing bikes that sit somewhere between a road bike and a cyclocross bike.

“I’ve looked at a lot of cyclocross bikes over the years and I‘ve analysed a lot of recent gravel bikes and it seems to me the gravel bike is a legitimate response to what a lot of customers have been doing with their cyclocross bikes,” he says. “Simple market research from British IBDs will tell you that 80% of cyclocross bikes leave the shop having had rack and mudguards fitted, and often the cyclocross tyres swapped for bigger road/cross-trail style treads. This is perhaps not surprising as the UK has such a strong commuter market that the cyclocross bike has long been a staple product, pressed into commuting duties as well as the occasional local cyclocross/road adventure.

“So to see a cross-over product with the best bits of road and the best bits of cyclocross coming out under the umbrella term ‘gravel’ like this is good news. It’s a bit strange it’s taken quite so long to happen."

But why not just ride a cyclocross bike? Terry Blackwood says it comes down to not only the differences in geometry but the comfort factor and the space for bigger tyres, allowing gravel bikes to tackle a wider variety of terrain. 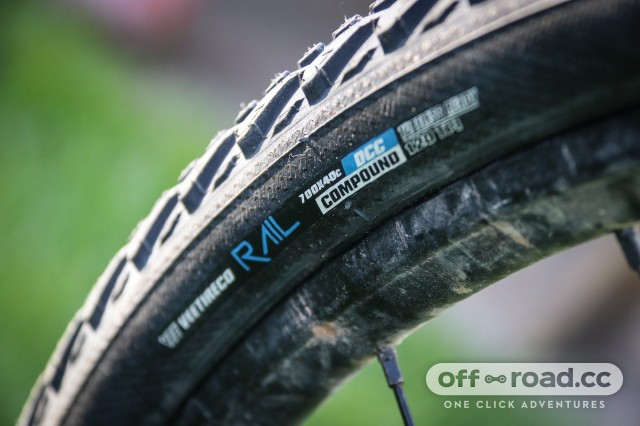 “The gravel road bikes are designed to be comfortable to ride all day. They’ll take large volume tyres up to 42mm, mudguards and have disc brakes making them more versatile than a cross bike and able to tackle a greater variety of terrain than a road bike,” he says.

So what has actually happened is that we’re seeing some interesting bikes being developed that really suit the needs of many British cyclists. Bigger tyres to tackle rough roads and allowing a bit of exploration away from the road, disc brakes for control, geometry designed to provide comfort over long distances. 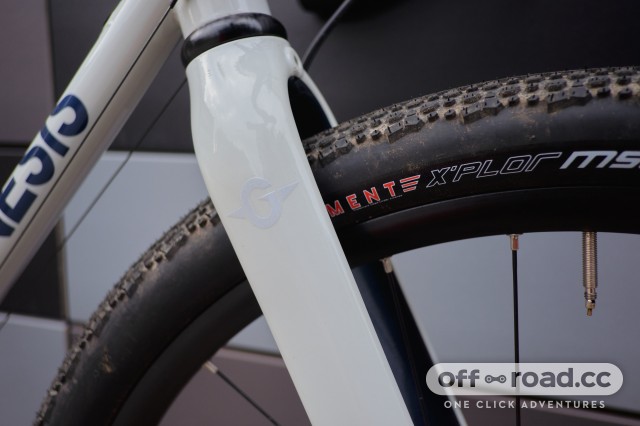 Looks like it's more than just hype then, and Raleigh’s Terry Blackwood concurs: “It’s the bike we use the most often,” he says. “Most of us don’t race seriously so we use our bikes to commute and for fun. The ability to use full mudguards makes them a year round choice, the large volume tyres deal well with British roads and allow a wider choice of routes. The riding position is comfortable and the bikes are still fast enough to challenge Strava segments.”

While the UK doesn’t have a huge gravel racing scene to speak of, what we do have in this country are lots of roads in a poor state or repair where bigger tyres are a boon, and wider tyres have been catching on fast in recent years, even on race bikes. The gravel tag can seem heavily weighed down with marketing hype, but the actual bikes being developed are ideal for UK cycling. 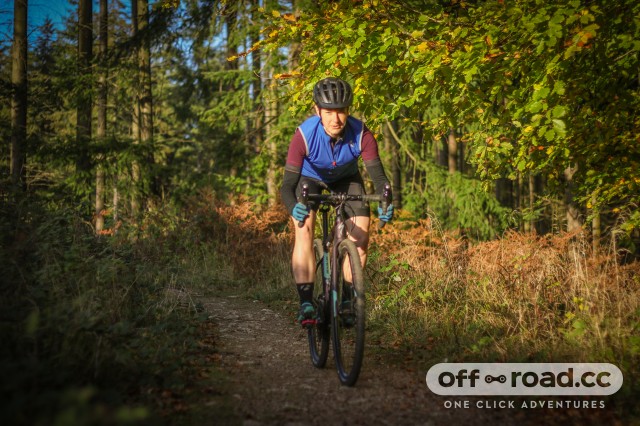 “The phrase gravel might come from the USA but the bikes are pretty much the perfect UK road bike,” says Terry Blackwood.

So far from being all hype, gravel bikes have a lot going for them and look like they’re here to stay. Whyte’s Ian Alexander thinks the development of these bikes is good for cyclists and getting more people on bikes.

“From Whyte’s perspective, we’ve been developing and making these bikes for very many years anyway. What is new, and it’s certainly not hype, is that tyre development, drivetrains and group sets are coming on stream now to really make a compelling gravel product that is much more versatile than traditional road and cyclocross bikes have been. So it’s good to see the original cyclocross bike broadening its appeal and getting more people on bikes that are designed to handle a broader range of terrain more easily.”

So will your next bike be a gravel bike?