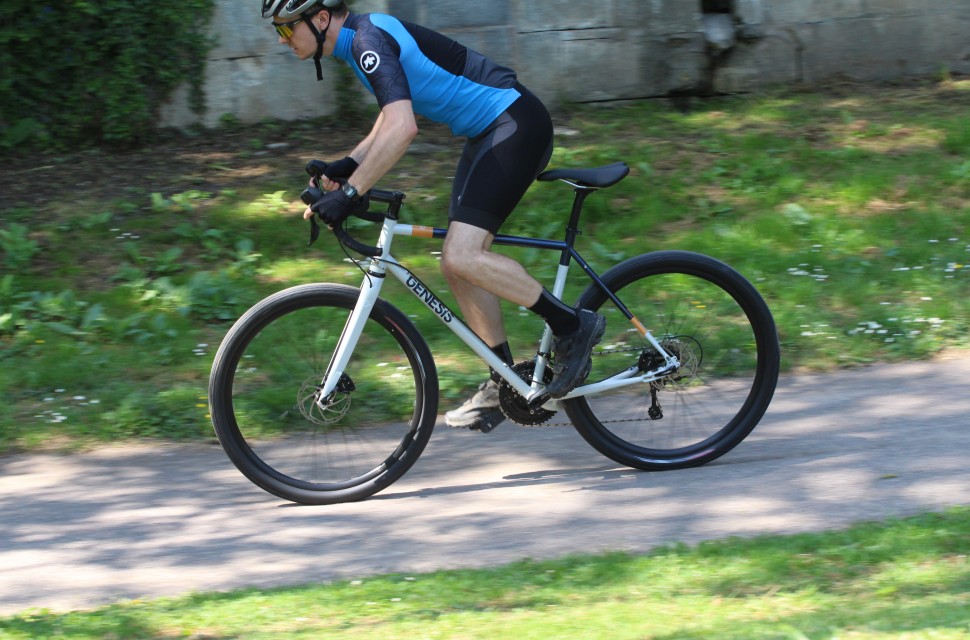 Benedict Pfender
|
Sep 27 2018
|
Overall
Quality
Performance
Value
What's good?
What's not?
Buy if...
You're after what is essentially a drop bar mountain bike

The Genesis Fugio is probably the closest you’ll come to a mountain bike before you just cut your losses and go all in. Billed as the evolution of a road plus bike, we found it very capable on the roughest gravel we encountered, but both the weight and price left us feeling a little wanting.

I was very excited to get the Genesis Fugio in for testing. On paper, it looks capable and up to date with relaxed geometry akin to a mountain bike, 650b wheels shod in squishy high volume rubber, dropped chainstays, disc brakes and everything you would expect of a modern gravel bike.

Unfortunately, I found the reality a little different. Weighing in at over 11kg this isn’t a sprightly bike, and weight and sluggishness have been an overwhelming impression throughout my time with it. Get it up to speed and it rolls happily along (especially on the descents), but for an all-round gravel bike it’s a little heavy for pedalling up the hill.

Of course, there are heavier bikes out there, but look at the price of the Fugio and you have to start asking some questions. £2000 is a lot of money and it’s hard not to feel that the bike doesn’t represent particularly good value. 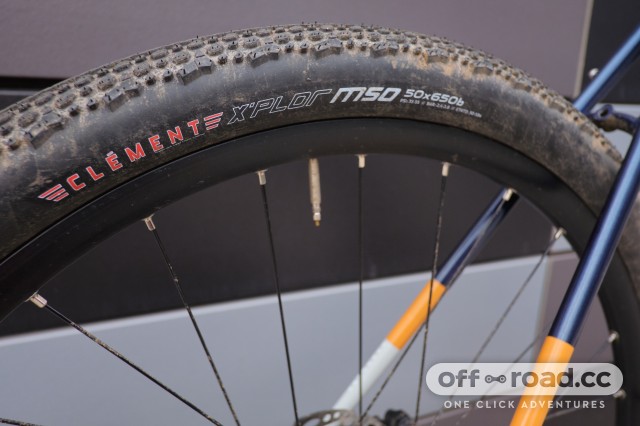 I was also somewhat surprised by the fact that the tyres were wire bead version adding in my view unnecessary additional rotating mass to an already heavy tyre and wheelset.

The cost cutting continues with the gears. At this price, at least some Shimano Ultegra components would be nice but the bike features only a 105 drivetrain. That's is perfectly adequate and performs as reliably as expected, but could leave you feeling a little shortchanged as well as adding to the all-in weight.

This generation of 105 also restricts the gearing slightly, with a 32 tooth cassette sprocket and 34 tooth chainring the lowest combination possible. Pair that with the large 50c tyres and you’re left with a gear that can feel hard to push, especially on steep uphills off road, which is only exacerbated by the overall high weight.

I’ve always been an advocate for easy gearing (blame the weak knees) and I would have liked to see at least a 1:1 ratio, which in fairness is possible with the newest 105 generation. 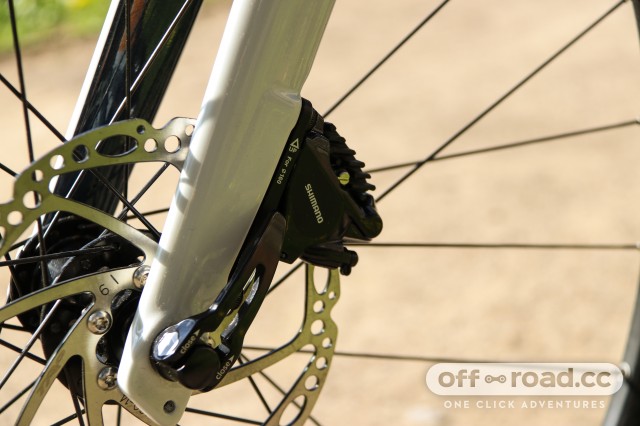 The braking performance is as reliable as we’ve come to expect from Shimano, but again it’s disappointing to see cost-cutting with the non-standard disc rotors rather than Shimano Ice-Tech items.

However, as a package, this is an undeniably pretty bike. The paint job is nicely executed with a lovely pearlescent blue and reflective detailing to subtly improve visibility. The Fugio cuts a mean silhouette and looks built to take anything you can throw at it.

It’s definitely not all bad because the Fugio handles off-road riding very well. The slack geometry contributes to a very stable feeling bike - making this a gravel bike that can plough through much more than I have been used to in the past. Indeed, the 70.5-degree head angle (and geometry overall) is verging on cross-country mountain bike territory so it’s not hugely surprising that this bike likes going off-road.

And that’s exactly where you’ll have the most fun with it. This bike is incredibly planted when pointing it downhill. 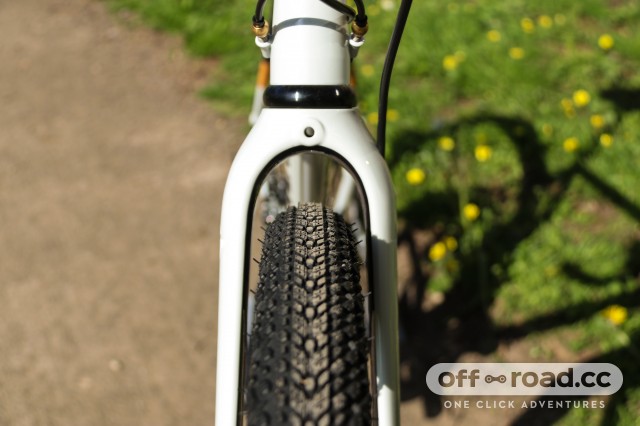 I really enjoyed riding the Clement tyres, which have a good balance between rolling resistance and grip. However, I also ended up fitting WTB Nanos — proper mountain bike tyres — that simply added even more cornering enjoyment.

The bike provides predictable handling, is forgiving of mistakes and steers accurately at high speeds. On rough terrain, the bike never flinches and the only limit really is how much shaking you can handle when bombing it downhill.

It’s the most fun I’ve ever had descending on a gravel bike, but -and this is a big one - I did start to wonder whether this bike shouldn’t just be a mountain bike instead.

What holds this bike back the most is usually the lack of mountain bike-esque traits; be it suspension, wider bars, grippier tyres, a clutch derailleur or anything else. Whilst it bills itself as a gravel bike it doesn’t really feel like it’s more efficient than an actual mountain bike.

You have to question whether you wouldn’t be better off with some carbon framed cross country bike at a similar price, which would do the off-road bit much better and likely still hold its own on the occasional section of gravel or road.

The Fugio isn’t really a bike that will get you anywhere particularly fast. The wheels and rubber take a lot of effort to accelerate, and the overall weight of the bike is hard work to push uphill.

On the road, it’s manageable but doesn’t really have the same it-can-do-anything feel of other gravel bikes that I’ve ridden. Whilst other bikes bridge the gap well, the Fugio is definitely off-road biased and this shows.

It often becomes an unengaging ride which ends up feeling like a slog with those huge, knobbly tyres. The off-road biased geometry doesn’t make for particularly nippy handling, and whilst the Fugio may be described as road plus, it certainly is not very close to a road bike anymore. 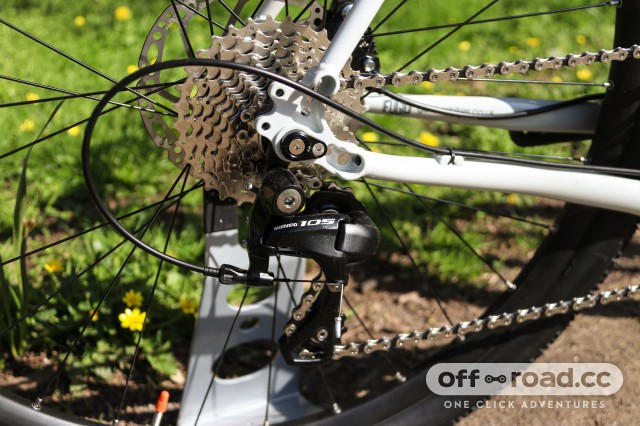 Take it off road and it invariably feels like you don’t have enough gears to get up steeper sections. That’s compounded by the heavy weight.

Sadly that limits how far afield you can take the Fugio, and I felt limited where I could ride with it, rather than enabled to explore new places.

I would much rather have seen the bike fitted with a SRAM 1x drivetrain for the lower gearing (as well as the clutch derailleur), which I feel would already make a big difference in making this bike feel a bit more mobile.

Somewhere in the middle of nowhere

The problem is that the Fugio seems a little bit out of place in most places. It’s a fun riding experience but one which just ends up being marred by the overall weight and feels somehow mismatched in its spec. 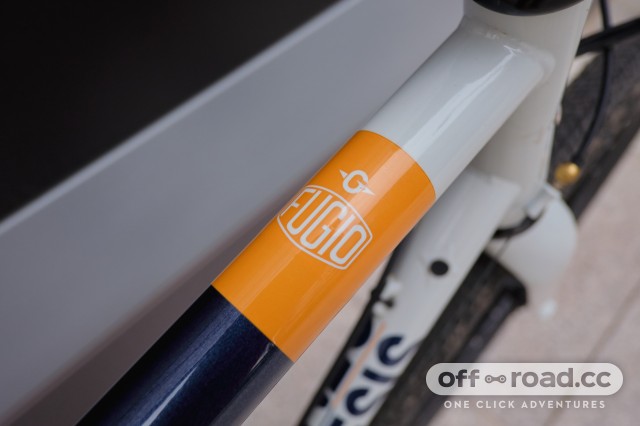 Unfortunately, it doesn’t span the disciplines as other gravel bikes do so well. It’s too focussed on the off road aspect and in doing so loses a lot of the qualities that makes gravel bikes so special.

It’s a compromise bike, as all gravel bikes are, but in my view, the compromises have been made in the wrong place. It’s not capable enough to compete with a mountain bike, but in focussing on the off-road aspect loses too much of its on-road capabilities.

I wouldn’t want to spend a lot of time riding the Fugio on roads, so in my view it ends up competing with mountain bikes. And that’s a battle it’s never going to win.

The final sticking point for me is the price, which in my view is simply too high. Sadly the Fugio doesn’t have the do-it-all qualities of a true gravel machine and condemns itself to be outgunned by most bikes it meets.