Skip to main content
Log In Register
Are you a pure “trail centre rider” or an old school “natural trail rider”? Or have you found that Zen-like balance between the two? 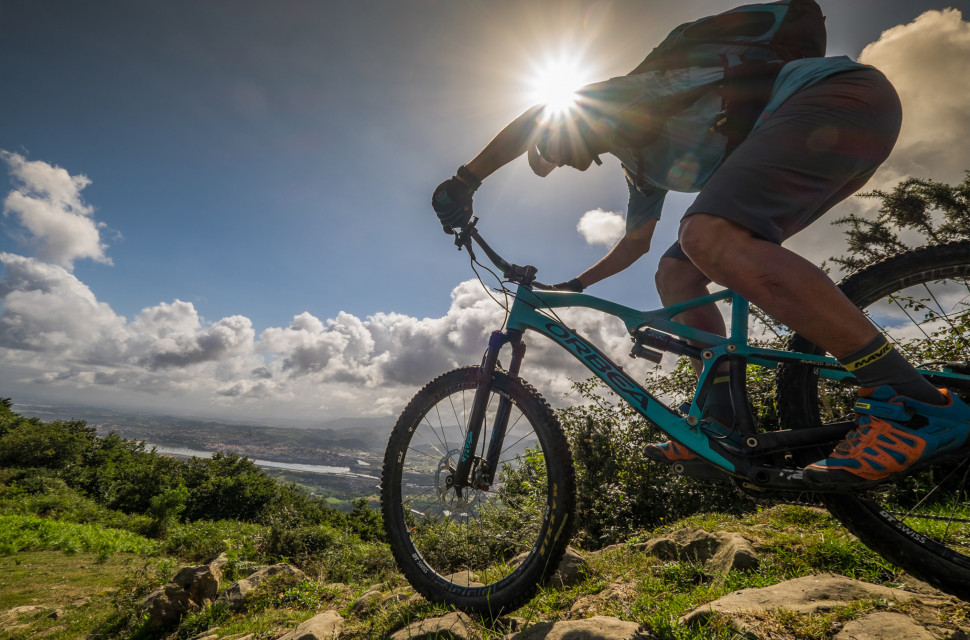 I first heard the term trail centre rider when I was driving with a mountain biker friend into Mid Wales for a ride and a photoshoot. I'd never heard the term put so directly before, although, of course, I knew exactly what he meant. I also knew several riders who would proudly carry that label, and why not?

By the very nature of this site, I would guess that the vast amount of reader-riders do both – riding natural and trail centre routes, perhaps even with a leaning towards natural trail riding. But then again, I could be wrong. As for me, I would say that I'm primarily a natural trail rider, but one who loves to dip into the nailed and railed world of trail centre riding when given the opportunity, or at least on the odd occasion. 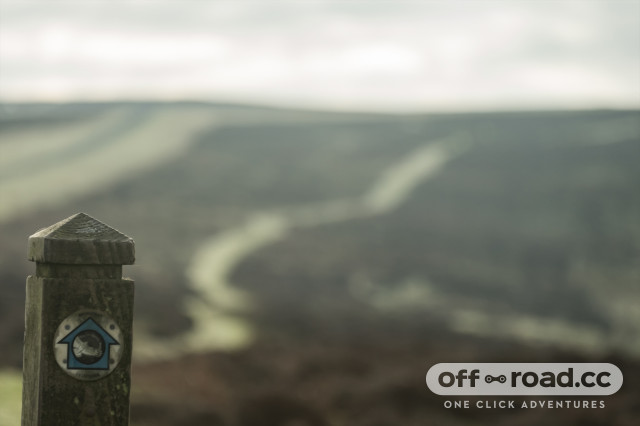 I've been riding bikes off-road for decades, even before mountain biking actually existed, let alone trail centres. Thus, my take on things may be a little different and less divided by trail riding style and genre than some younger riders and discipline purists. As long as it's rough and dirty, I'm there – although I admit that I feel somewhat unfulfilled after a trail centre ride compared to a natural trail ride.

Sure, there's great riding to be had at trail centres, superb in fact – some of the finest that you'll find on planet dirt. However, as much as I enjoy the guaranteed and lightly controlled thrill factor, I really don't get that same full circle satisfaction from riding dedicated MTB trails as I do with a natural ride, especially one on uncharted trails (for me).

What's it all about?' 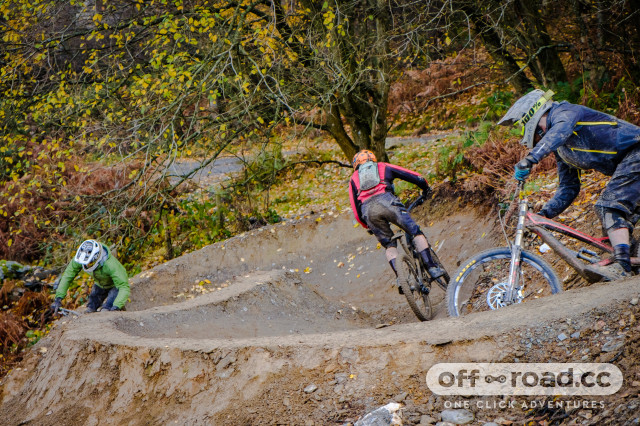 The sense of adventure, the apprehension and uncertainty and the self-reliance that linger in the wilds are what does it from me. The meaning of mountain biking can be argued over for longer than the sport has been around, and duly it has been.

To some, it's that guaranteed fun factor of hurtling down a mountain with those sexy manicured curves that they know so well and with little worry of running into obstacles or humans along with it, which I totally get.

For others (like me), it's more the mountain bit that shadows out the biking part of the terminology, and I guess that's the same for many riders out there.

The land before time 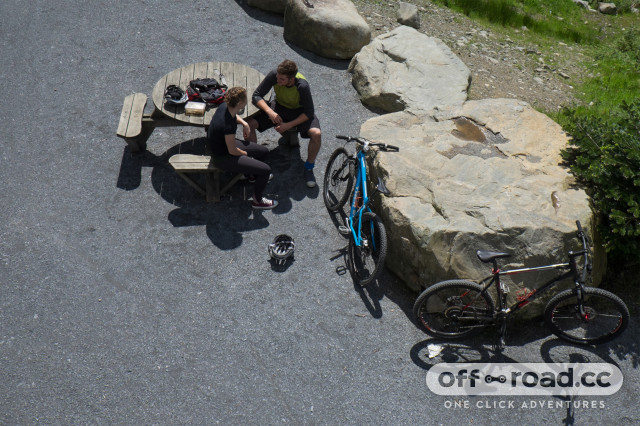 Having ridden mountain bikes since the early days, I can remember when the first dedicated mountain bike trails started to eek their way into remote forests around the UK, driven largely by passionate forestry workers.

They were a little clandestine in the very beginning and not hotly promoted or heavily used and serviced, which was quite unlike modern-day enterprises.

Hopton Woods in Shropshire was a local one for me and one of the first dedicated MTB trails. There were also smaller private centres such as Penshurst Woods in Kent, and I made pilgrimages to ride and shoot most of them during that era. Looking back on things now, it feels a bit like documenting history – although it was all-new then, and we had no idea where it would lead.

Then came Coed y Brenin and the Red Bull Trail; this was a huge step for mountain biking and would accelerate trail development at warp speed over the years. Effectively it paved the way to what is now perhaps the best national trail centre network in the world.

Obviously, up until then, there was no such thing as a trail centre rider. However, as things began to boom in the forests of wildest Wales, I saw a number of non-biking friends buying bikes just to go and ride at Coed y Brenin. As much as I tried to convert them to riding outside the centre, I always drew blanks.

That's one of the great things about trail centres; they have introduced so many new riders to the sport; riders who had they tagged along on a remote moorland slog in the rain would have probably never ridden a bike again.

Back to the future 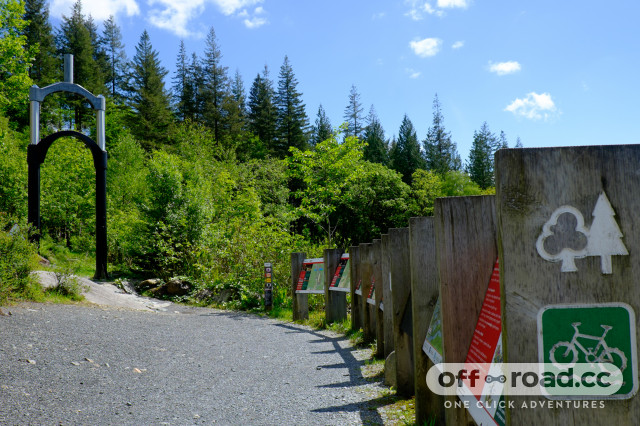 Fast forward a fair few years (following the conversation that I started this story with), and I decided to make a return visit to Coed y Brenin for the first time in many years. Wow, things sure had changed and progressed in that time.

It was a rare sunny mid-week day in spring. I'd purposefully gone at this time to try and avoid any potential crowds, although there were a still fair few riders around.

As I set out on my old hardtail, there were a few van loads of guys fiddling with their bikes and hopping around in the car park – nothing new in mountain biking. When I returned to the trailhead (1.5-hours later), the same guys were still there in the car park, still fiddling and hopping around. Not one of them raised a smile or a nod as I rode past. Huh, I guess a guy in Lycra and on a hardtail was a little off-piste for them.

While I totally get their love for riding trail centres and hanging around and socialising in the car park, I just couldn't quite bond with the concept of doing this for almost every ride. I really wished I could take them out on a good old natural trail ride at some point.

They may well not get it, but then again, venturing away from that guaranteed thrill and relative security, learning about rights of way, grasping self-reliance, and having a micro-adventure in with it may just open things up in a completely new direction for them. There's nothing to lose in at least trying it.

It's not my place to judge anybody for how or where they choose to ride. However, I do contend that there are huge benefits to be had in just about every possible way by venturing to the other side at times. Whether we ride up, down, or over things, there's a different experience to have out there, whichever side of the fence you may ride on. After all, we're all mountain bikers.

If you don't do it already, try mixing in a few trail centre rides just for the thrill and workout factor. If you are a trail centre rider, then the only thing you stand to lose in riding into the hills with just a map (or even a GPS) is your way, which can be kind of fun too.