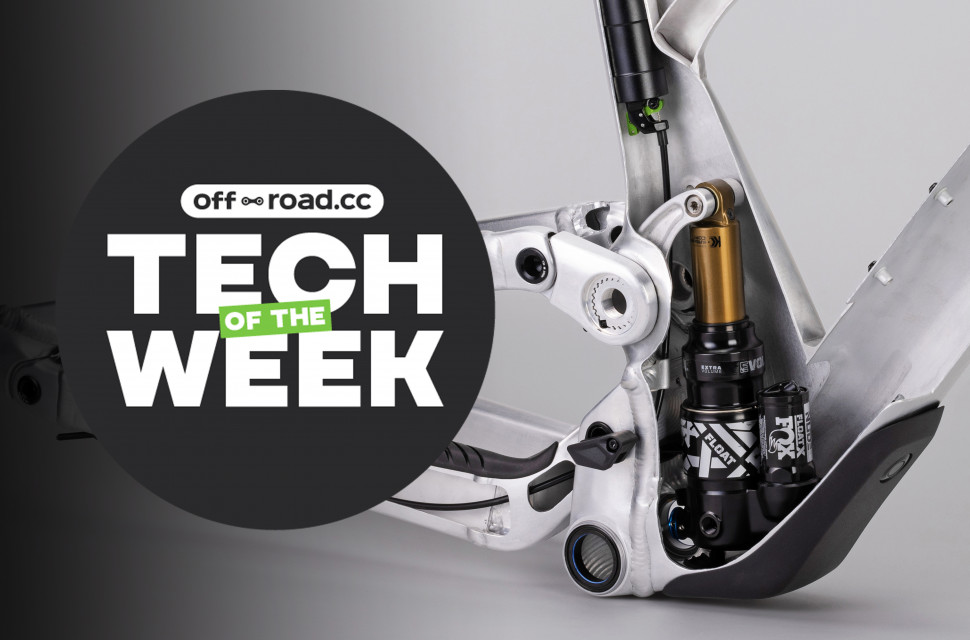 This week has been huge for the off-road cycling world thanks to a number of exciting releases not only from the likes of Scott and YT Industries but also Orbea and Raleigh. There's even been something rather cool from Pole, but as a brand known for its radical geometries, that comes as no surprise. Here are the highlights of this week's tech news. 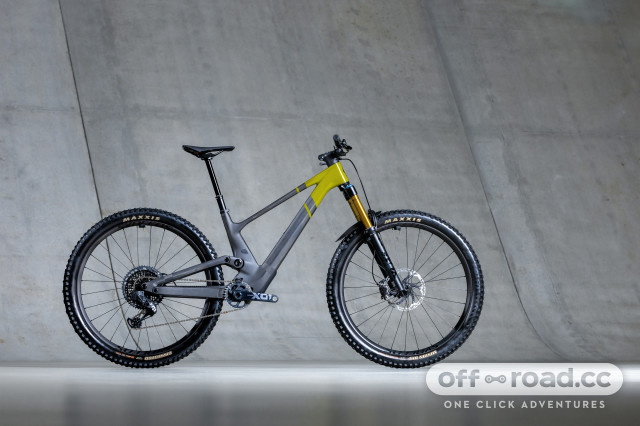 The Scott Genius has seen a big old shake up, receiving a very similar look to its cross country sibling, the Spark. This time around, it gets an integrated shock design that's designed to boost strength and stiffness while extending the shock's service intervals.

While the defining feature, the shock layout isn't the only thing Scott has tweaked with the new Genius as it gets an all-new suspension kinematic and its geometry has been given a much deserved refresh, seeing in a longer reach, a slacker head tube, and a steeper seat tube. That head angle is adjustable too, thanks to easy to access headset cups.

We were invited out to Aosta in the Italian Alps to swing a leg over the new Genius so be sure to check out our Scott Genius 900 Ultimate first-ride review. 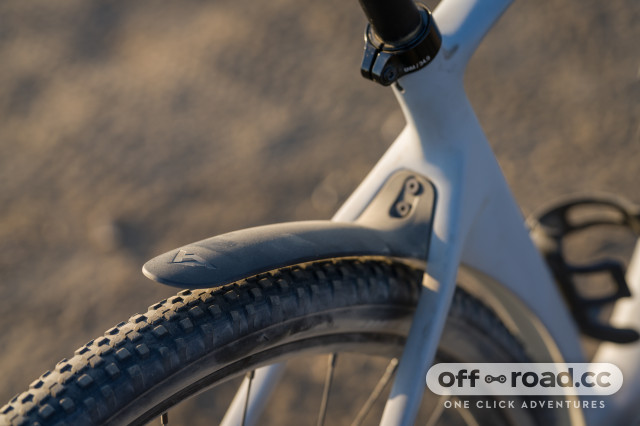 If the Scott news wasn't enough, YT Industries has done the unthinkable and has introduced a new breed to its already impressive lineup of off-road bikes. A dropped bar bike, more specifically, and one that enjoys gravel.

The brand hasn't half-assed it either as it's gone whole hog to give the brand new Szepter an identity that can only be found on a YT Industries bike. That means that it gets a pretty relaxed geometry, featuring a 69.4-degree head tube angle and a 74.4-degree seat tube angle. It also comes with a RockShox Rudy suspension fork with 40mm of travel... From YT, could you expect anything less?

In its large size, the frame is claimed to weigh in at 1,400g which isn't too shabby considering the stiffness on offer but the brand has also built in compliance in the slim seat stays.

Aaron was flown out to California to check out the Szepter, so be sure to check out his YT Szepter first ride review. 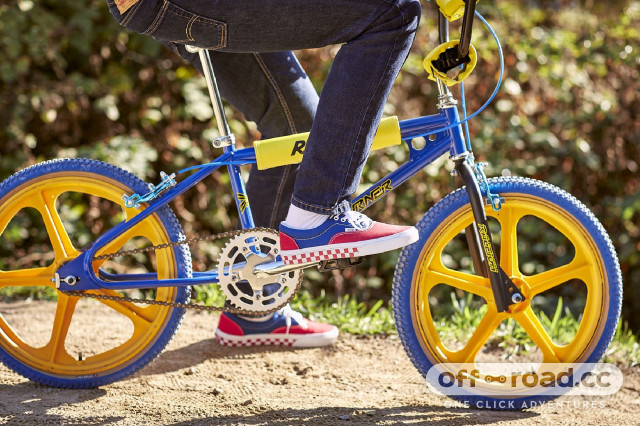 Maybe you were lucky enough to own one, or perhaps it’s the bike you always wanted but never did; well, now could be your time to get your hands on a piece of history. The iconic Raleigh MK1 Tuff Burner BMX has made an impressive return to the scene; the bike that rocked the skate parks and streets back in the 80s.

BMX enthusiasts ‘We Were Rad Collective’ and Raleigh have teamed up to bring this stunning machine back to life after laying low for quite some time. The limited-edition replica promises to deliver all of the much-loved mod-cons with only a slight tweak in the geometry for better handling. Its bright blue and yellow colour scheme on the Cr-Mo steel frame and unmistakable Skyway Tuff 20-inch wheels are here to stay.

You may have to be quick with this, as the Raleigh Mk1 Tuff Burner has now gone live for pre-orders for £600. - Rhian Atherton 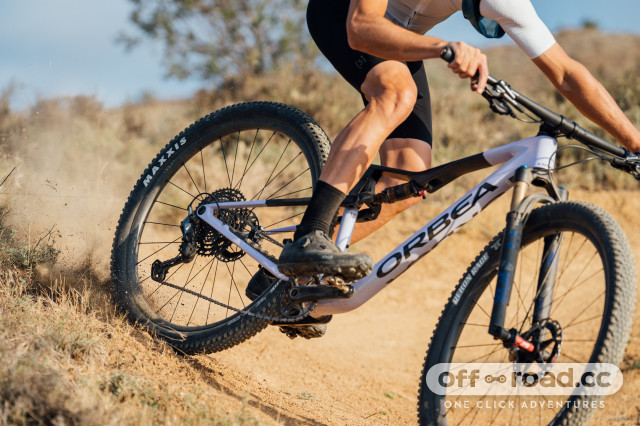 For 2023, Orbea has given the Oiz cross country bike a big old refresh, tweaking its geometry and claiming that it'll be the fasted cross country bike to leave its factory in 180 years. A bold claim but it's promising to see a brand still kicking out bikes after such a time.

The Oiz has gotten more travel with 120mm of squish at both ends of the bike, however, the brand has stuck to its guns on the single pivot platform with flex stays.

As for its geometry, it gets a 67-degree head tube angle and a 450mm reach on a medium frame. The chainstay has been shrunk to 432mm and there's a 72.5-degree seat tube angle. Orbea says that this bike is built to fly. I'm looking forward to seeing whether it lives up to that. 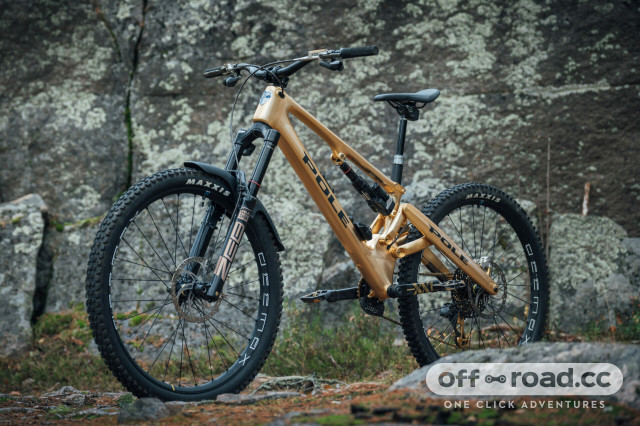 Ok, this one came out last week but for its colour alone, it's still worth showing off but it poses the question, does a gold bike always require podiums to remain relevant?

Questions and mental colourways aside, what's really cool about Pole's 190mm travelled trail/enduro monster is that the lateral flex of its rear end is tunable. That's thanks to replaceable axles. Chuck in Pole's Race axles and it ups the bike's lateral stiffness by 30%. This raises a more sensible question, why not just make the bike stiffer? Well Pole reckons that not everyone wants or can benefit from a mega stiff bike, hence why these axles are an additional extra.

Adding to the Vikkelä's cool factor is that it can accommodate a dual crown fork and as expected from Pole, its geometry is rather forward thinking. It gets a 63.5-degree head tube, an 80-degree seat tube and a K3 (or large) frame gets a 510mm reach.