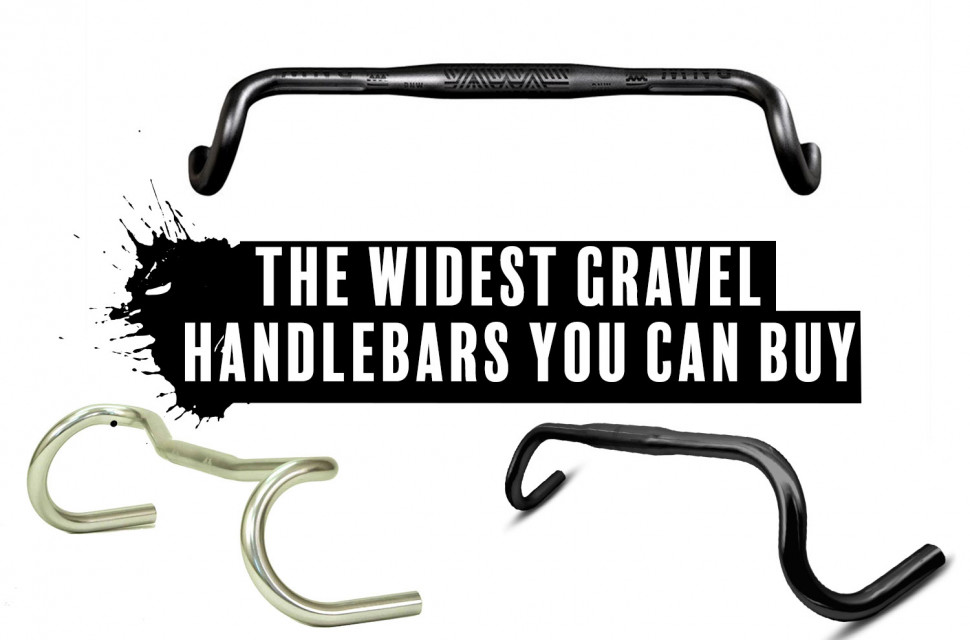 If you're after the widest possible drop handlebars for your gravel bike then read on, as we've rounded up the broadest and biggest options on sale today. Whether you're after maximising leverage for extra control in the dirt, have shoulders so broad your find standard bars cramped, need extra space for bikepacking kit or just want to one-up fellow gravel riders, there'll be something here to satisfy you.

The widest gravel handlebars on sale in 2020

How wide should my gravel bars be?

Unsurprisingly, there are a number of different schools of thought here. Drop bars are designed to allow a comfortable upright position when your hands are on the tops or hoods and a more aerodynamic position on the drops. Keeping as small a frontal profile as possible is very important at the high average speeds in road cycling, where drag takes up a substantial proportion of a rider's effort. That means the preference is generally to as narrow a bar as is comfortable, with broader shouldered riders needing accordingly wider bars.

Gravel bikes are a touch different as the speeds are generally lower but a greater degree of leverage is needed to control the bike over rough ground, with most of the technical riding done in the drops in order to have a firmer grip on bars and brakes.

How wide you go is once again dependant on your shoulder width, but if you'll be riding a lot of rough technical terrain then more width will be useful. If you'll be riding smoother terrain at a faster speed then staying narrower will reduce drag. Picking a bar will require a compromise between what fits your body and your riding intentions.

It's worth noting that moving to a much wider bar will pull your weight further forwards and you might need to adjust your stem length to compensate. It'll also cause you to use different muscles in your upper body, which could lead to more muscle fatigue if you're not used to it.

How much flare do I need? 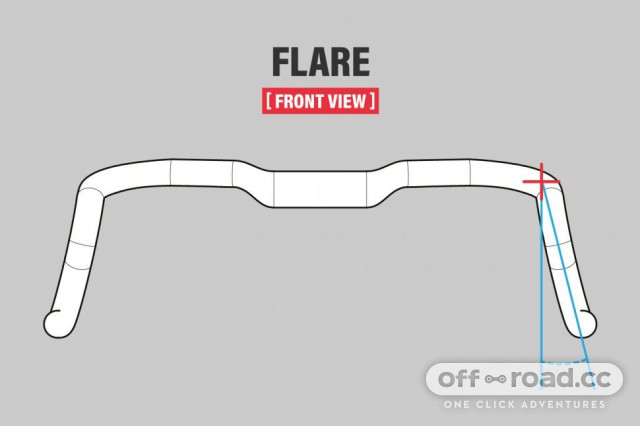 While all the bars we have picked below are wide, most boost that width that by flaring the tips of the drops outward at an angle, making it effectively wider when you get on the drops. A flared bar is often used for gravel riding because it allows an aero profile when on the tops but more leverage when you're in the drops. Most bars will specify the angle of the flare from the vertical and may also tell you the width of the bars at the hoods - centre to centre - and also the width at the tips, so you can gauge how much difference there is.

An extreme flare angle can cause issues with lever position and wrist angles if you're not careful but also increases hand clearance when you're using a front roll between the hoods for bikepacking. It's worth trying a few to find what you're comfortable with. 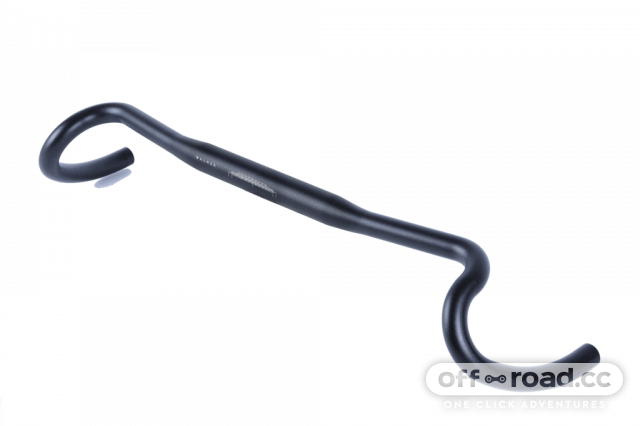 These aluminium whoppers from Australian brand Curve measure in at a substantial 600mm on the hoods but a gargantuan 750mm at the tips thanks to 29° flare. They're named after a narrow local bridge where there's little chance of anything else being able to get past if you're riding over at the time - we're guessing calling them the 'p*ssed off pedestrian' wasn't as succinct.

A fairly shallow 110mm drop and slight 7° sweep mean you should still just about be able to reach them, though. These bars are also available in 46, 50 and 55cm options. 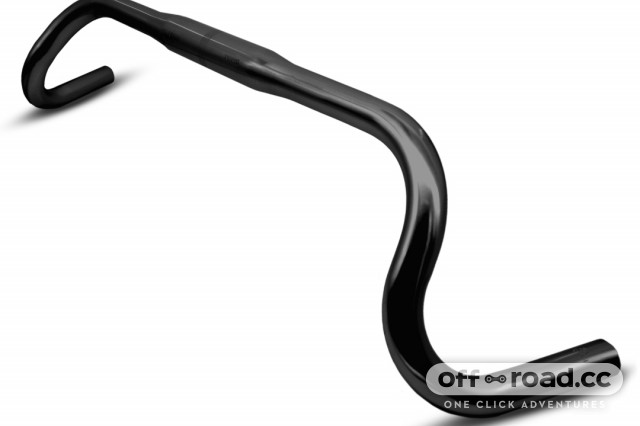 There's obviously something in the water down under, as these 750mm wide (at the tips) bars also hail from Australia, though they're actually made in Japan by renowned bar-benders Nitto. The aluminium alloy bars get a 20° flare and 120mm drop along with 65mm reach. We've not got measurements on the hoods, but you can also get slightly narrower 650mm and 700mm items if you're liable to look like you've been crucified on the full-fat versions. 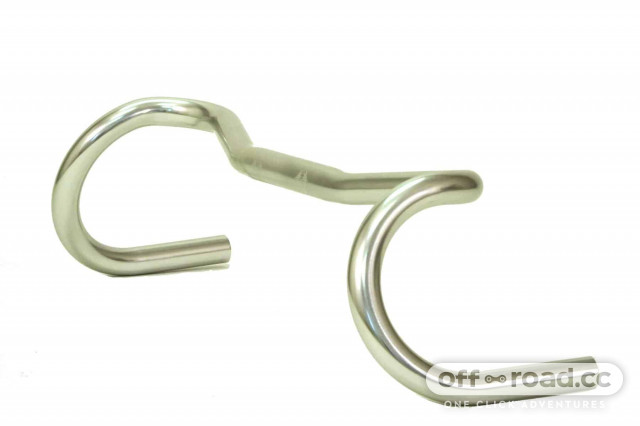 The aptly named Towel Rack bars from Crust are said to measure 675mm 'in the drops', which is bloody wide in anyone's book. Crust doesn't clarify exactly where that's measured from - we're guessing that's at the tips rather than the hoods - but they also have a rather funky 8° upsweep along with a 15° back sweep and 115mm drop.

Rather interestingly, they use a 26mm clamp diameter rather than the more common 31.8mm or 35mm standards. That's said to aid comfort by allowing more flex, but it does mean most riders will need a shim to get them to fit. 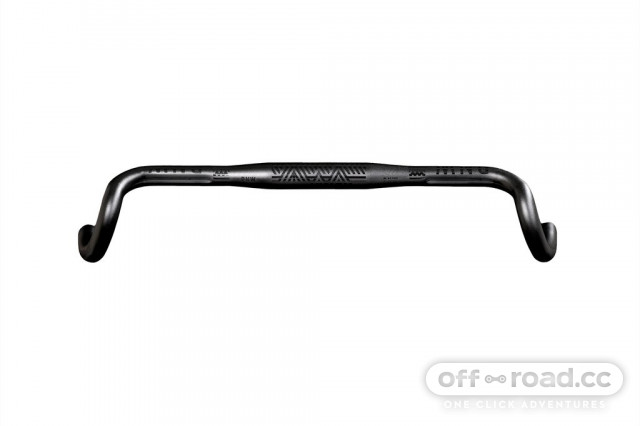 Coming in at 520mm on the hoods and 604mm at the tips thanks to a 20° flare, these aluminium bars from PNW Components also have a shallow 110mm drop and 65mm reach. Once again, there's a slightly narrower 480/564mm option and you can also go for their matching Coast gravel stem for a very MTB-esque cockpit setup. 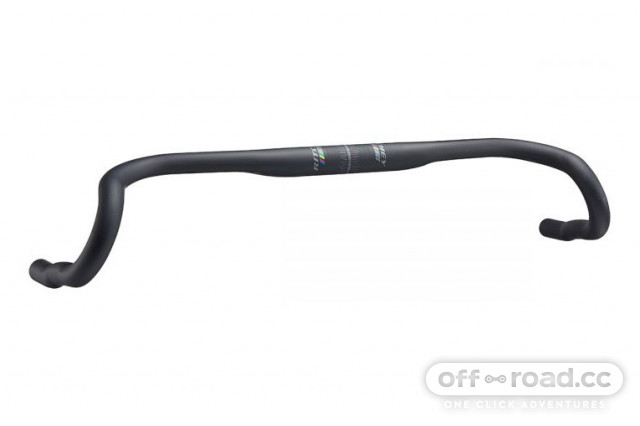 These extra-wide versions of Ritchey's Venturemax bar measure a decent 520mm on the hoods and 647mm at the tips. As well as the 24° flare, they're swept back by 4.6° and have a 75mm reach and 102mm drop. The drops also have a little kink in them called the 'Bio bend', which is said to improve comfort and grip when you're in them.

These aluminium bars also have slightly flattened tops for extra comfort and they're drilled to work with a Shimano Di2 junction box, unlike the rest of the bars in this roundup. 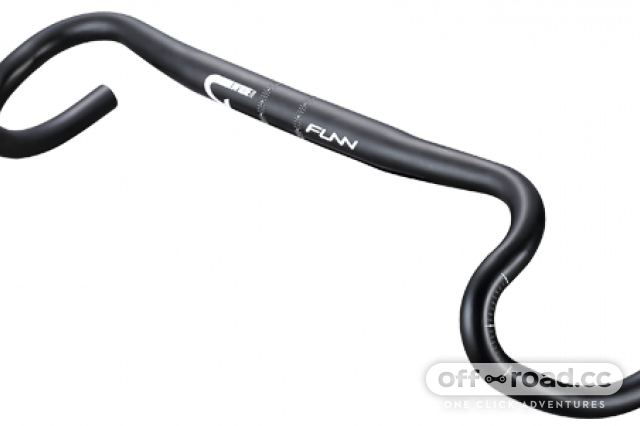 Coming in at 500mm on the tops and a chunky 622mm at the tips, these were some of the earliest super-wide gravel bars on the market. While not outrageous by the standards of some we've listed, these triple-butted aluminium bars are still plenty broad, with a 25° flare, 130mm drop and 110mm reach. They're also swept back 6°. 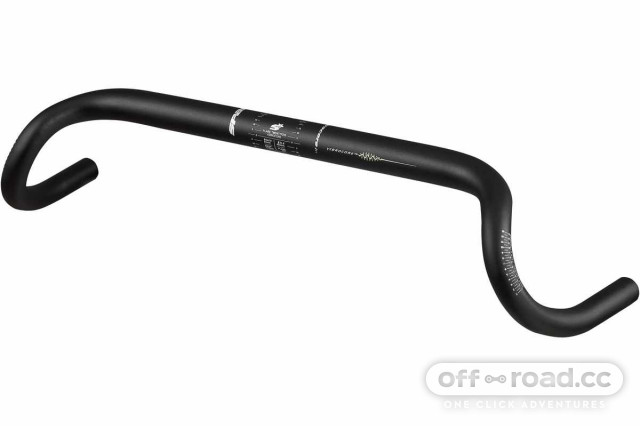 Rounding out our list of broad bars are these from Spank, with measuring 460mm on the tops and 602mm on the tips. They're flared at an angle of 25° as the name suggests, with a 110mm drop and 65mm reach.

These bars also get Spank's 'Vibrocore' technology, which said to help dampen vibrations and improve comfort by using a foam core. We've reviewed their Spank Spike 35 mountain bike bars and got on well with the technology, so we're pretty confident it should help here too.

Have we missed any whopping great gravel grippers out? Let us know in the comments...

[H/T to gibbon and ktache for their suggestions]