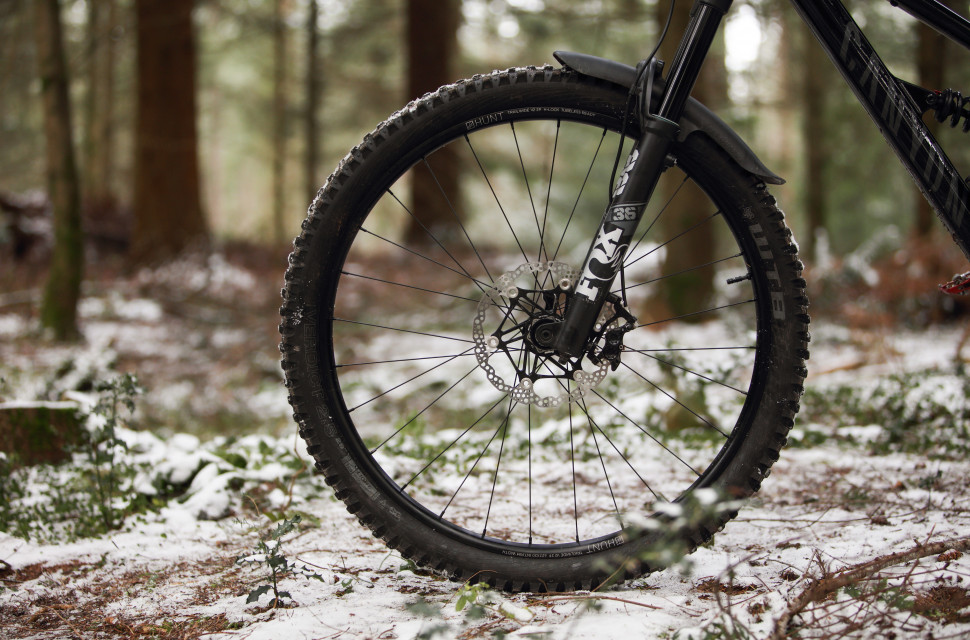 Hunt has built a solid reputation in the best mountain bike wheels space, with prices that won’t break the bank - and the brand’s Trail Wide wheelset only bolsters the prestige. The Trail Wide V2 wheelset is robust while forgiving through the roughest of tracks and it offers freehub performance of wheels way above its price point, proving to be one of the best value wheelsets available.

Hunt’s Trail Wide wheelset recently saw a bit of an update as the brand took everything it learned when updating the burlier Enduro Wide wheelset and applied it to its trail friendly package. This second iteration of the Trail Wide benefits from a wider 30mm internal rim width and Hunt has tweaked its spoke configurations while adding brand-new hubs. This is all with the aim of boosting impact resistance by a claimed 20 percent. 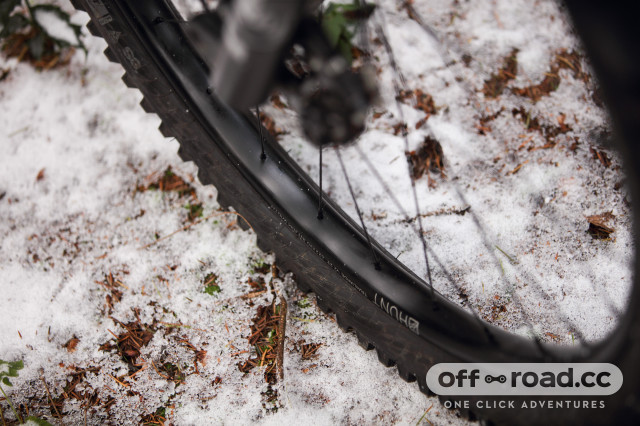 And those rims are made out of 6069-T6 aluminium using a sleeved construction, as is common for wheels at this price. They’re then finished with a shot-peened finish. Lacing the rims to the new hubs are 28 triple-butted PSR reinforced Pillar spokes on each wheel.

All wheels are handbuilt and come taped with tubeless valves and spare spokes in the box. They weigh in at 1,820g, just 11g lighter than claimed.

I’ve been running the Hunt Trail Wide wheelset for a good few months now over a range of conditions - dry trails, snow, and ice. Before fitting these wheels, I had been rolling on some spendy carbon wheels, so Hunt’s offering had a lot to live up to.

Set up and tyre inflation is as easy as it gets. The Trail Wides accommodated my tubeless WTB tyres without hesitation and the cool Hunt valves that are included in the box with built-in valve core tools make life that bit easier. The 30mm internal width gave my 2.5in WTB Verdict tyres a neutral shape.

While the easy setup does add to the ‘good wheel’ experience, its performance on the trail that matters, and its manners on the trail are excellent. The freehub provides an urgent pickup that’s rarely found on a wheelset of this price and, coming from spendier wheels, this is hugely appreciated. Quick pedal ratchet moments are more than supported.

While in reality, it’s a bit mental to say that a wheel is compliant, the Trail Wide offers a serious balance between lateral flex and stiffness when cornering. What flex there is gives the wheelset a forgiving feel when the bike’s leaned but the wheel is stiff enough to stay composed when really pushing into the corners. That internal rim width works incredibly well to support a tyre too. Never during my test period did a tyre squirm, or show signs of burping. The tyre support that this wheelset offers is hugely respectable. 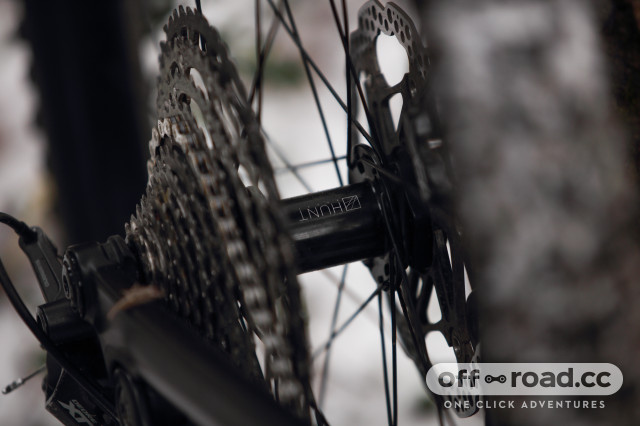 The Trail Wide isn’t the lightest wheel on the market but then it’s not expected to be. While the wheels perform on the trail, what’s really taken me by surprise is the durability. This is the first alloy wheelset I’ve tested that I’ve struggled to dent and, throughout all of my time on the Trail Wides, they look as good as new, regardless of the rock gardens I’ve rattled them through. Rim dings aside, the sealed cartridge bearings have put up with everything. Again, they’ve seen a range of conditions but have spent a lot of time rolling through the wet and are still rolling smoothly.

Back in 2021, Jim tested the original Trail Wides, marking them down slightly for their not-so-ideal performance when ridden harder and through regular rocky terrain. However, I’d confidently say that Hunt’s efforts to strengthen this latest iteration have worked wonders. Again, my test set remains unscathed.

The sub £400 price point is a pretty competitive space with brands such as DT Swiss and Shimano offering good wheels. The DT Swiss M 1900 SPLINE wheelset is priced at £395 and gets a similar construction but the freehub isn’t as quick to engage and the rim isn’t as strong.

During my time with the Hunt Trail Wide V2 wheelset, I’ve been hard-pushed to fault it, especially considering the very friendly price tag. They have happily put up with everything I’ve put them through and the bearings are running as smoothly as the day I pulled the wheels out of the box. The wheelset offers a forgiving characteristic on the trail while being strong, and lighter than competing wheels. If you're after a fresh set of hoops but don't want to spend the earth, you would be crazy not to consider these.

Hunt says, "THE TRAIL WIDE IS YOUR GO-TO WHEELSET NO MATTER THE CONDITIONS. OPTIMISED TO STILL TAKE THE A-LINES ON THE DESCENTS AND NOT HOLD YOU BACK ON THE CLIMBS." The nail has been hit well and truly on the head

All options and standards are well accounted for.

No issues at all

Not the lightest on the market but definitely good for their price. Lighter than more expensive competitors.

There are cheaper wheels about but I can't say that they perform as well or are as durable.

As easy as tubeless tyre inflation can get.

Faultless peformance at a great price