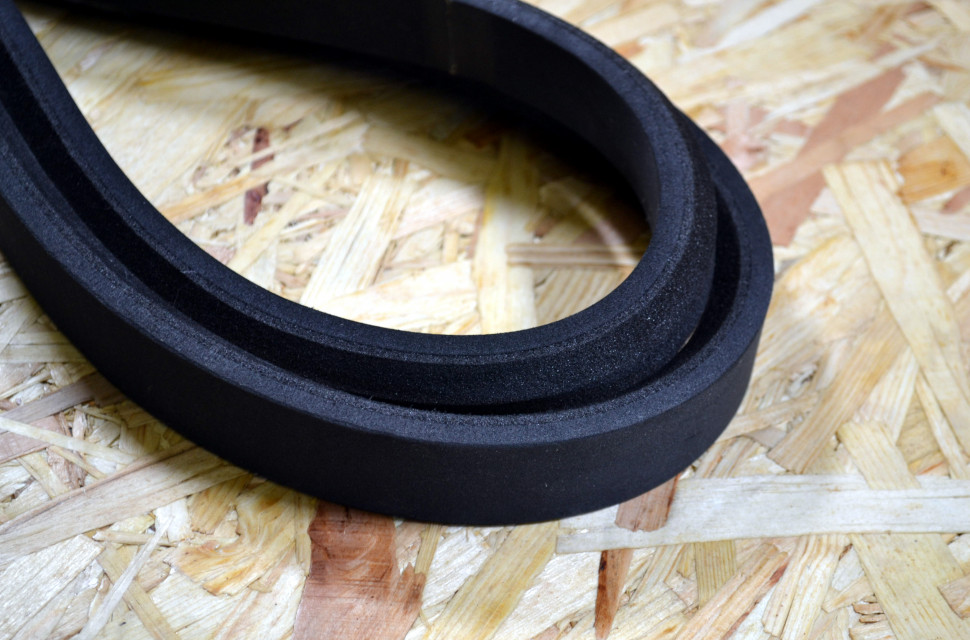 Matthew Page
|
Dec 31 2020
|
Overall
Quality
Performance
Value
What's good?
What's not?
Buy if...
You want the benefit of lower pressures in your gravel or cyclocross wheels with lower risk of damaging rims

The Rimpact CX foam inserts provide an additional layer of protection when running at lower pressures, and also seem to really improve the ride quality – although they're not cheap.

Foam inserts are becoming increasingly popular amongst trail riders and enduro racers, where the risk of trashing rims is high. And Rimpact is now producing a CX version, designed for smaller cyclocross and gravel tyres – 33mm to 45mm – on rims between 17-25mm. That covers all but the very widest rims likely to be used on gravel bikes.

One downside is that these inserts are not compatible with hookless rims. With the trend for wider rims within the gravel sector and push towards hookless means these won't fit all rims.

With the Rimpact CXs on a set of 23mm rims, my WTB Nano 700x40 tyres came up at just under 44mm wide. The strips come with tubeless valves, and there's the option of 40mm or 55mm long valves for £3 extra. 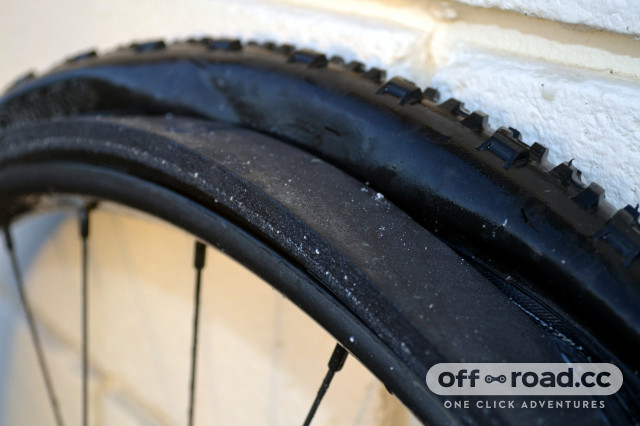 Fitting proves easy, and with them stretched over the rim tyre fitment is unaffected: the strips fold up easily inside the tyre and the bead slots down nicely. There's plenty of stretch and movement in the foam.

When I started testing the Rimpact CX I used pressures I normally ride for mixed terrain, which is around 40psi front and back, but after a few rides I dropped to 30psi. The WTB Nanos have a recommended pressure range from 30psi, but when I have tried the same pressure previously without using any inserts the ride feels a bit squishy, especially on sections of road or bigger climbs where you're out of the saddle – the tyre has a lot of movement.

The Rimpact strips simply remove that feeling, and even when running 30psi the tyre feels stable but still comfortable. Although difficult to prove or test scientifically, they feel faster too, but retain the benefits that lower pressures give, such as improved grip off-road and as a result more confidence through the corners. 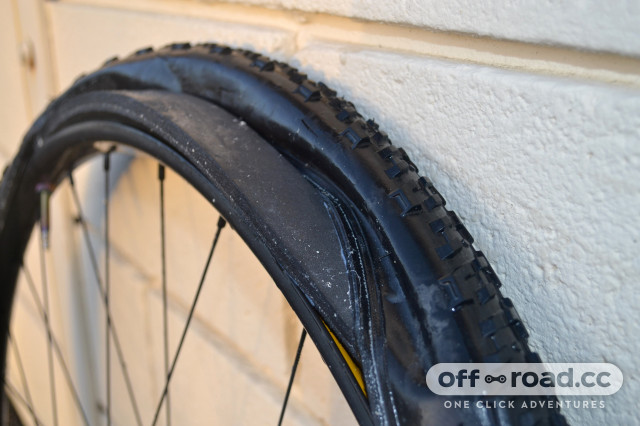 I found the improvement in the feel and quality of the ride genuinely astonishing, and as a rider who hates soft, squashy, slow-rolling tyres I never thought I would find myself putting such low pressures in – especially when doing rides with a large percentage of tarmac. Such is the improvement in feel and perceived performance.

The tyres retain small bump sensitively and grip uphill too, and I think this is due to the semi-circular shape of the strips, which means the edge of the tyre is still able to deflect as a normal tubeless tyre would. Rolling resistance tests have shown this to be a key factor in lower pressures improving speed.

At 55g per strip, it isn't a huge weight penalty for the improved quality and feeling of speed, even factoring in the extra 25% sealant that is recommended. The extra sealant is suggested as although the closed cell foam doesn't absorb the sealant, it does increase the surface area that it attaches to. Overall it adds up to less than 100g per wheel, and even though it is rotating weight right at the edge, I think the extra is worthwhile.

There are a few other similar styles of rim protection strips available, including Effetto Mariposa's £38 TyreInvader and the CushCore Gravel/CX – which is over double the price at £160, and double the weight too. The Tannus Tyre Insert Armour is £30 (per wheel) with no valves included, but still closer to the price of the Rimpact CX.

The Rimpact CXs offer decent rim protection, but for me the ability to run lower pressures with the tyres still feeling fast and with no horrible squirm or squish, is what makes them so good.

Are they likely to prevent burping? I had Hutchinson Overrides 38 tubeless tyres on my 19mm internal rims, running them at approx 45psi; i"ve juts put 40mm WTB Raddlers on for better grip but at anything below 50 psi they burp. It might be rim/tyre unfriendliness and I weight 100kg so I have to run higher pressures than I'd like to avoid bumping the rims, but I'd hoped to run the 40mm tyres at lower pressures than the 38s they're replacing.