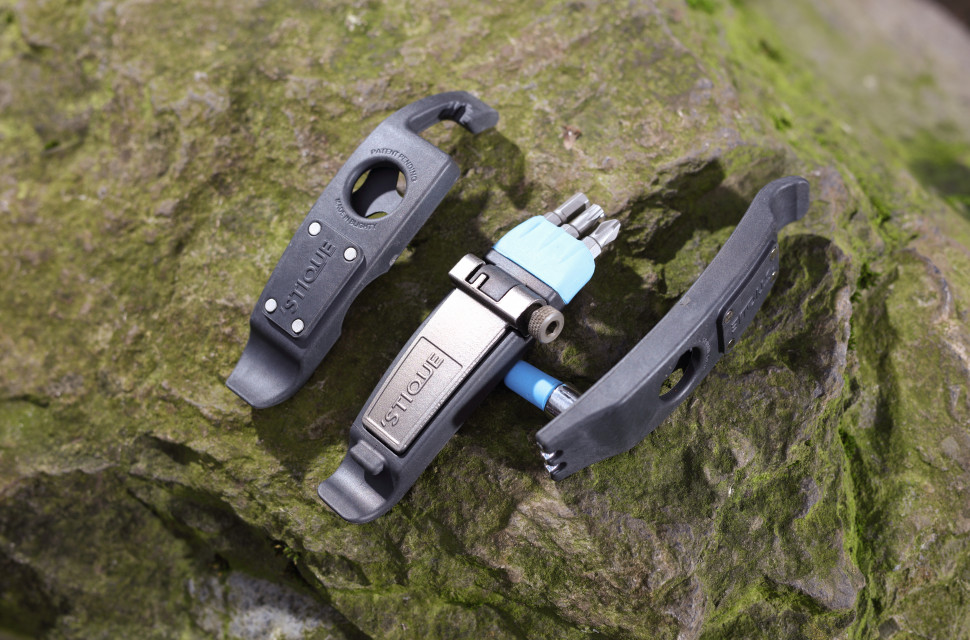 Built around three of Stique's super-strong tyre levers, the ML125 incorporates 14 functions, turning a humble set of bead-wranglers into a pretty capable multitool. But while it has plenty of functions, it does need a bit of planning put into its setup before you hit the trails.

Built into those levers you find a chain tool with a chain hook, two £1 coin holders, quick-link holders, a spoke hook for flat and round spokes, a dust cap holder, two sizes of spoke key, a CR-type battery holder, 4 and 5mm Allen keys, a #2 Phillips screwdriver, a T25 Torx and a bottle opener. 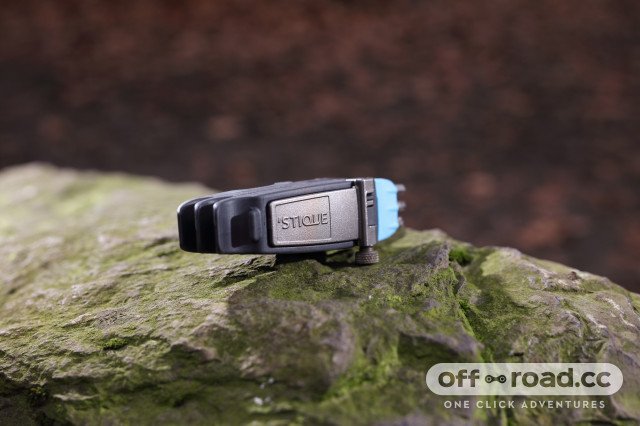 That’s a packed lineup for something that weighs 160g, although a lot of those functions are storage solutions (aka holes).

While the levers are chunky, the extras don’t make the ML125 much bigger than it would be without. So it’s still a good size to carry around in a bag, although it may be a bit too bulky for pocketing. 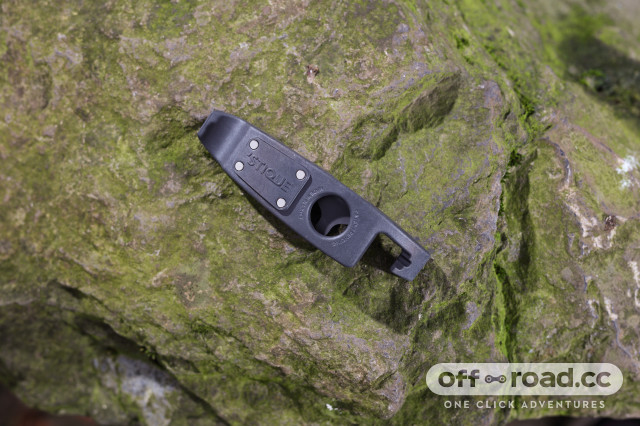 The stars of the show – the levers – make very light work of what can be a proper pain. The spoons are deep and the tips are thin, so it’s easy to slip them under the tight beads. They’re wide too, which gives heaps of support when pulling them around the rim.

It might be time to update your idea of plastic, as today's speciality 'metal replacement' polymers are actually starting to replace diecast parts in cars, even under the bonnet, and even in drivetrains, clutches and steering. Consequently, a cold and muddy tyre bead is a walk in the park for the metal replacement plastic used here, and I found absolutely no flex. Better still, it won’t damage your rim, which metal can easily do. 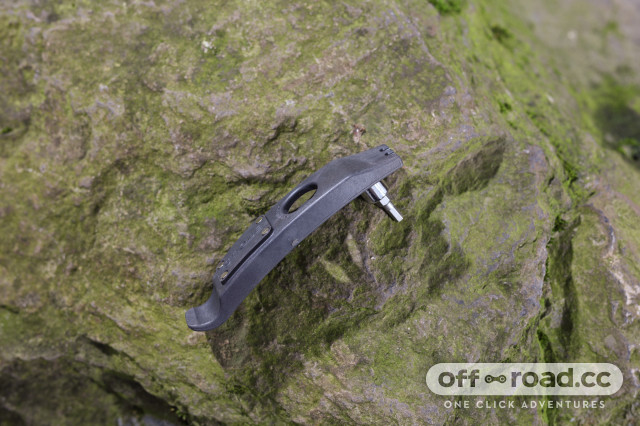 Stique has done well with the design of the wrench function, too. On one lever sits a rubber home for three bits. On another, you have a magnetic holder – fit a bit and you've got a handle for proper leverage. This also works with the chain tool, which unscrews from the uppermost lever. 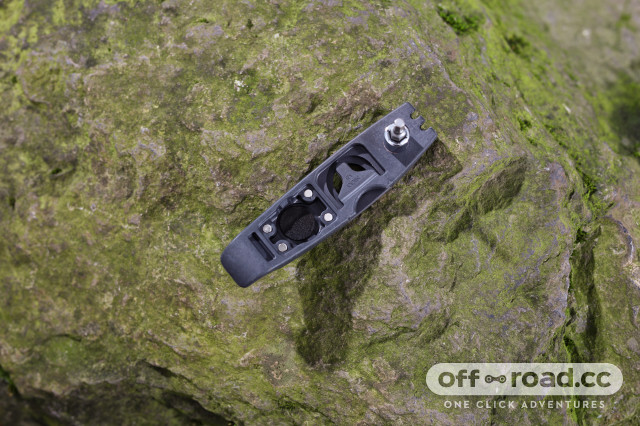 One downside to the ML125 is that it only carries four Allen, Torx or screwdriver bits. However, the magnetic mounts and rubber home are universal, so if you have a set of bits already you can pick and choose what your bike takes. A little pre-ride planning might be required.

Also, the Allen lever part is quite short, so awkward jobs like tightening rear caliper bolts can have you struggling for space. I’ve also found it really difficult to free my £1 coins from the holders. 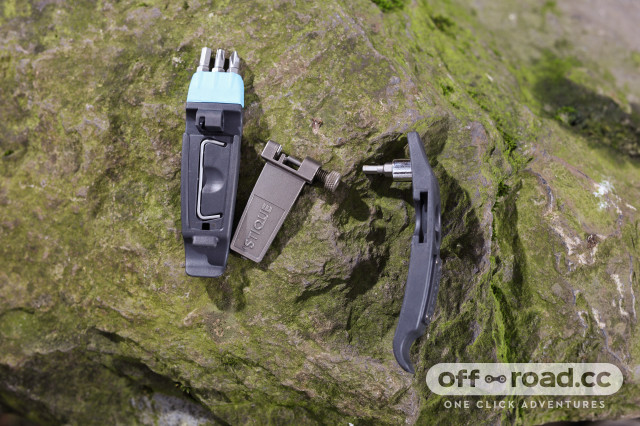 If you think of the ML125 as a set of really good tyre levers with added bonuses, it’s a solid bit of kit. But for me, I just don’t use them on the trails enough to justify such a lever-centric design. And if you're changing tyres at home, you hardly need a few hex keys and a dust cap secreted in your levers – you can use dedicated tools.

Nevertheless, the ML125 is a good device that's almost as capable as a conventional multitool, so long as you have the right Allen or Torx bits with you.

If you're looking to pack as light as possible and can work around the ML125's slightly limited range – but need seriously good levers – this is a great product.  However, if you were to buy Stiques much cheaper (and still excellent) standalone levers alongside a 'normal' feature-packed multitool, you could save cash and end up as a bike-repair machine.