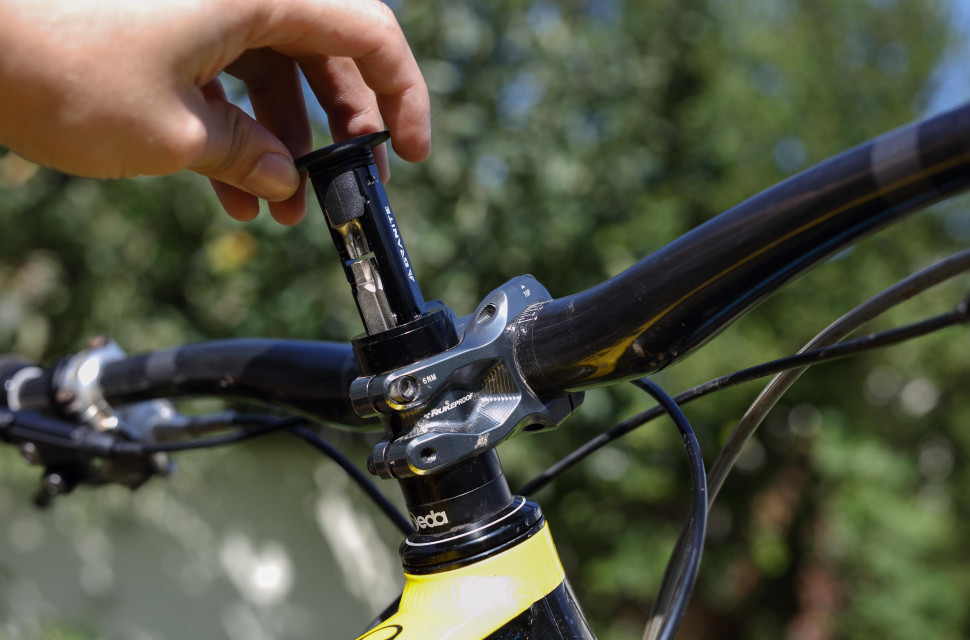 Liam Mercer
|
Nov 16 2020
|
Overall
Quality
Performance
Value
What's good?
What's not?
Buy if...
You're looking for a hidden multitool that slots in easily

Hiding tools inside a fork steerer has been done before, but the Granite Design Stash RCX does it without mauling the warranty of your fork. It’s very easy to install and carries essential tools without fuss, but it has come with a few small teething problems.

What makes the Stash RCX different from the likes of OneUp's EDC tool system is that you don’t need to cut a thread into your steerer, therefore saving the warranty on your rather expensive fork. It gets around this by replacing the star nut with a compression plug.

This way also means the RCX works with carbon forks that don’t have an open end at the bottom of the steerer – in fact, it's compatible with everything, including road bikes. 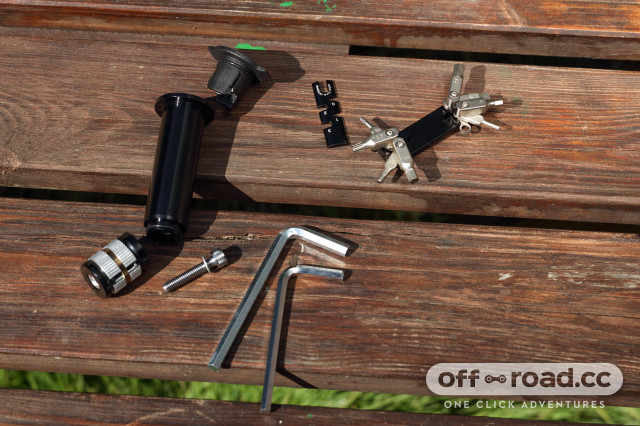 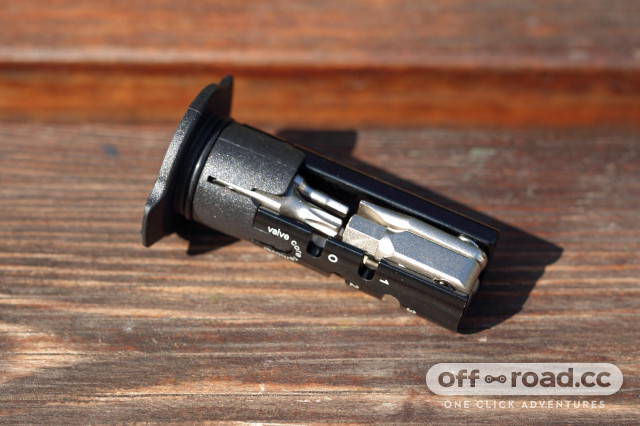 It all stays together very nicely, and the multitool and spoke keys then attach to a plastic cap, which clicks into a housing.

The most impressive feature of the Stash RCX is how simple it is to install. Simply knock out your existing star nut, put the housing with the compression plug attached into the steerer, tighten it, remove the housing, set up your stem spacers (you need a 3mm gap between the top of the steerer and spacer), and then pop the housing back in.

All that remains is to tighten up as you would with a normal headset cap. 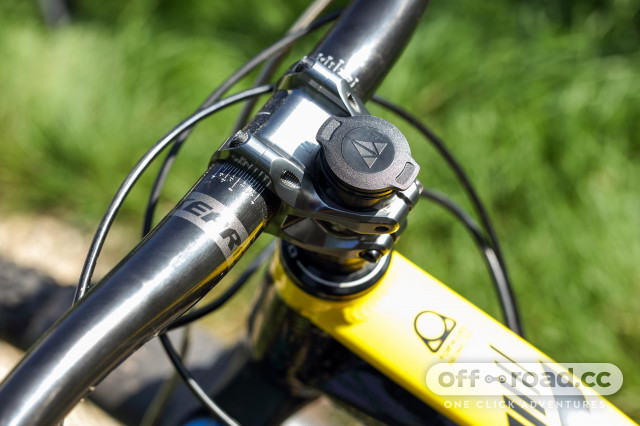 While it’s simple, there is a margin for error. I found that out the hard way and, for me, it was a ride-ending issue to avoid any headset damage.

Fairly soon into a ride my headset would loosen to a worrying degree. This was due to the housing; it would slip and cause everything to go out of whack. I also had to crank down on the compression plug to stop it from slipping.

After a few failed reinstallation attempts I figured out what I'd done wrong – I didn’t leave a gap between the compression plug and the housing – and fixed it. Since that point, the Stash RCX has been totally solid. 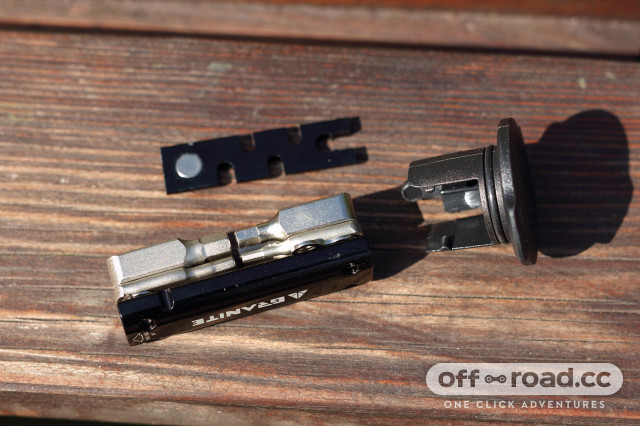 When installed properly there’s no rattle at all, and the tool stays very happily in its place. Even after plenty of use the cap shows no signs of loosening, and gives a very positive click each time the tool is put back into its home. 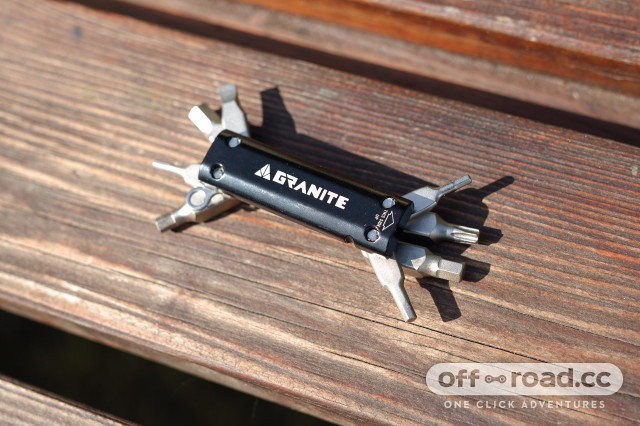 The tool itself isn’t the most sophisticated bit of kit, but it does the job perfectly well. It has all the essential hex sizes, and the valve core remover has seen an awful lot of use. It’s easy to use and impressively solid.

That said, don’t expect to be doing anything too serious with it; it’s a bit weedy for tough bolt-thru axles, but for general cockpit faffing and those mysteriously loosened bolts, it’s perfect. 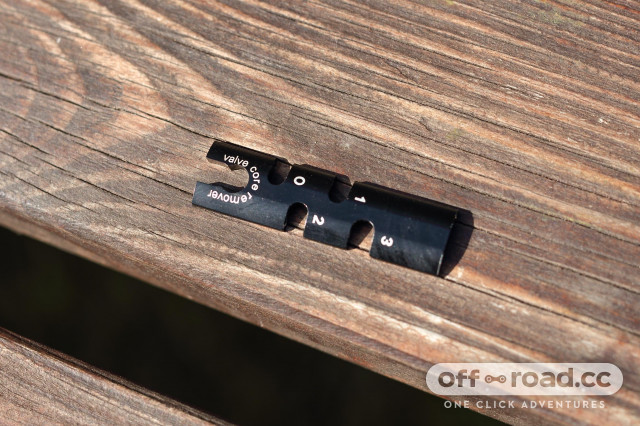 The only thing holding it back against the likes OneUp's EDC or Specialized's SWAT Conceal Carry is that it doesn’t have a chain breaker.

However, at £50 the Stash is considerably cheaper than the £85 SWAT, and if you don't want to tap your steerer for the also £50 EDC (which has a chain breaker too), OneUp's own special stem will run you almost £100 extra.

It's worth noting that Granite Design does a separate Stash Chain Tool (£24) that hides inside your handlebar.

If you’re looking for on-bike tool storage for both gravel and mountain bikes, the Granite Design Stash RCX does an excellent job. It’s easy to use and install, really well made and very useful – in fact, it's found a permanent spot on my bike, and not much review kit truly manages to do that.

Scotland to host UK's only UCI World Gravel Series race
The race, called the Gralloch, will be the only UCI-level gravel race in the UK
Review