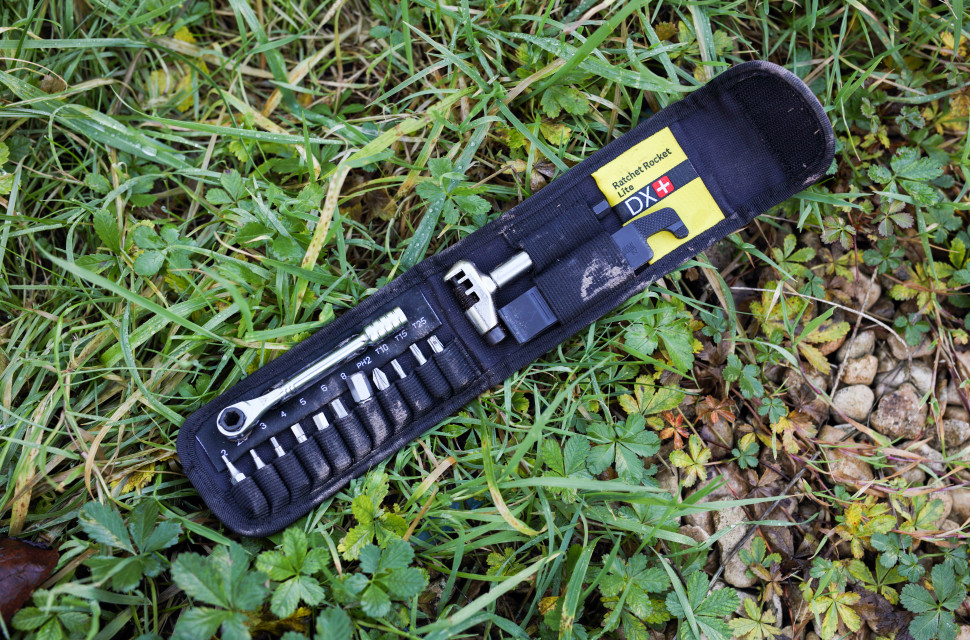 Liam Mercer
|
Dec 11 2019
|
Overall
Quality
Performance
Value
What's good?
What's not?
Buy if...
You're looking for a tool that can do it all

Featuring nearly every tool you’ll need, Topeak's Ratchet Rocket Lite DX+ is a very versatile portable workshop. Its tiny size means you can stash it in a pocket and (so long as you also have a pump) be well prepared for any calamity. It's even good as an entry-level tool kit for home use, or as an in-car emergency option when packing as light as possible. 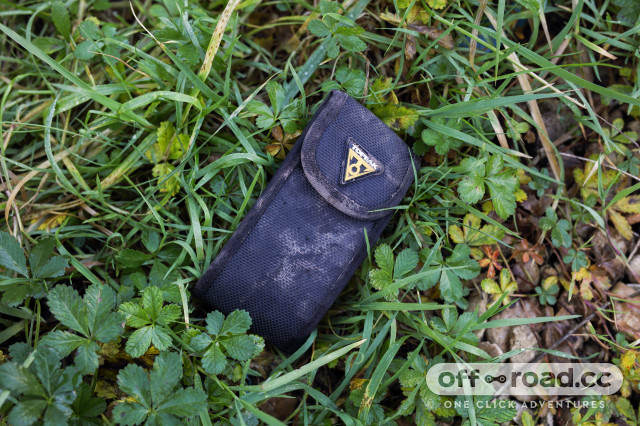 The Ratchet Rocket enjoys the stong build quality we've come to expect from Topeak. The tool itself is made from chrome vanadium steel, while the soft nylon pouch not only protects its plethora of bits but offers a bit of cushioning in your pocket. 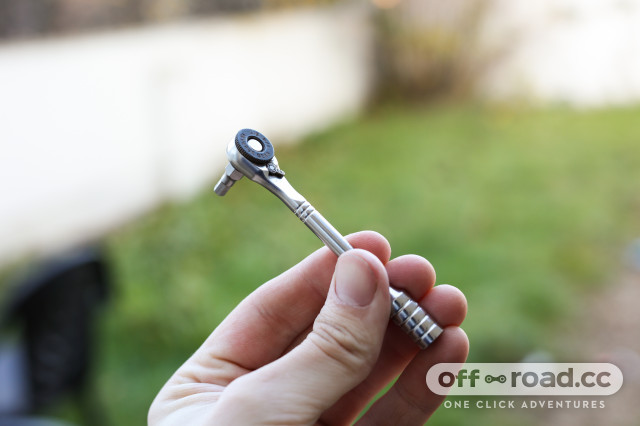 The bits are sharp and while the ratchet handle is thin, it’s perfectly fine while using to reasonable torque. On the back of the ratchet is a handy thumb wheel – excellent for speedy bolt-spinning. Also on the back is a useful ratchet direction switch, which is absolultely minute but feels sturdy enough for regular use. 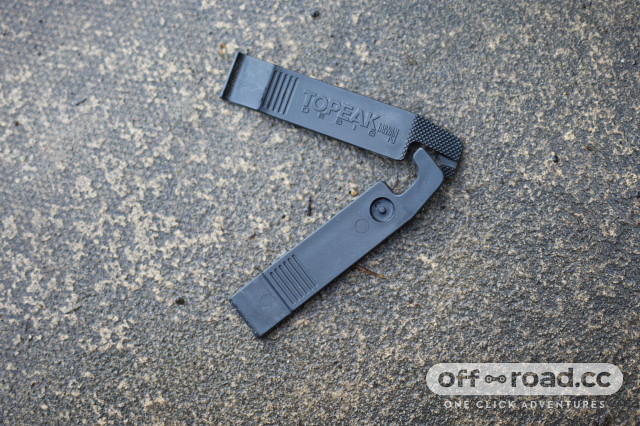 The very slim tyre levers are surprisingly strong. They hardly flex when wrenching off a tough tyre, though the spoons aren’t particularly deep so getting decent purchase on tyre beads can be a little tricky. However, with a little persistence, they get the job done. A neat bonus on the tyre lever is an indent for releasing air from a Shrader valve. 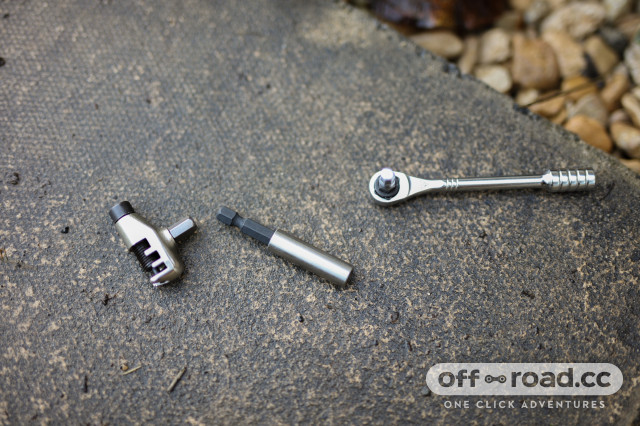 The workshop-style chain breaker adds versatility, and it works with the ratchet and a 5mm Allen bit to give more leverage than your usual cage-based multi tool. Also, its handle can be removed and used as an extension for the ratchet mechanism – clever. 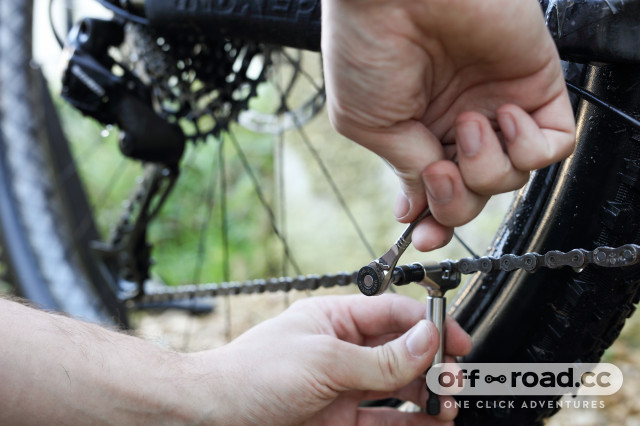 You can use the Allen bits directly in the ratchet without the chain tool handle extension, but getting them out afterwards is fiddly. The bits are so small it’s hard to get enough grip to battle the retention spring. A bit of pressure from the back of the ratchet with a thumb helps, but it’s still a tricky endeavour. However, it's a niggle rather than a deal-breaker on this seriously useful tool. 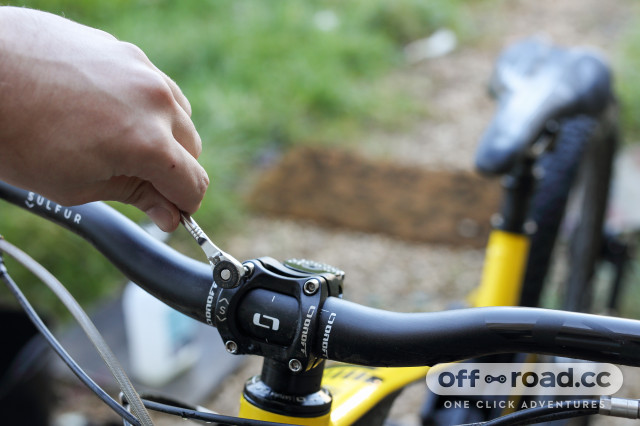 The Topeak Ratchet Rocket Lite DX+ is slightly more expensive than other similarly-equipped tools, but the ratchet mechanism is a really nice touch which helps ergonomically, especially in tighter spots. Its ability to double as a good beginner tool kit adds further value, and it’s absolutely a tool I’ll keep in my car in case my bike decides to fall apart.

For carbon frame riders, Topeak also offer the Ratchet Rocket Lite NTX+. That one will set you back £65, but it comes with a torque wrench attachment with a 2-6nm range. Topeak also offers a cheaper (£28) DX version which sacrifices only a few of the tools found here.

You can make this tool yourself for cheaper and only miss out the handy travel pouch.  Bosch make a mini ratchet set for around a tenner, you can get a set of levers that double as a quicklink pliers, and small chain breakers are easy to get hold of.  Lacks a little of the neatness but slightly more versatility.  Adding a bigger hex to square head adapter also lets you use bottom bracket and crank plug sockets too.