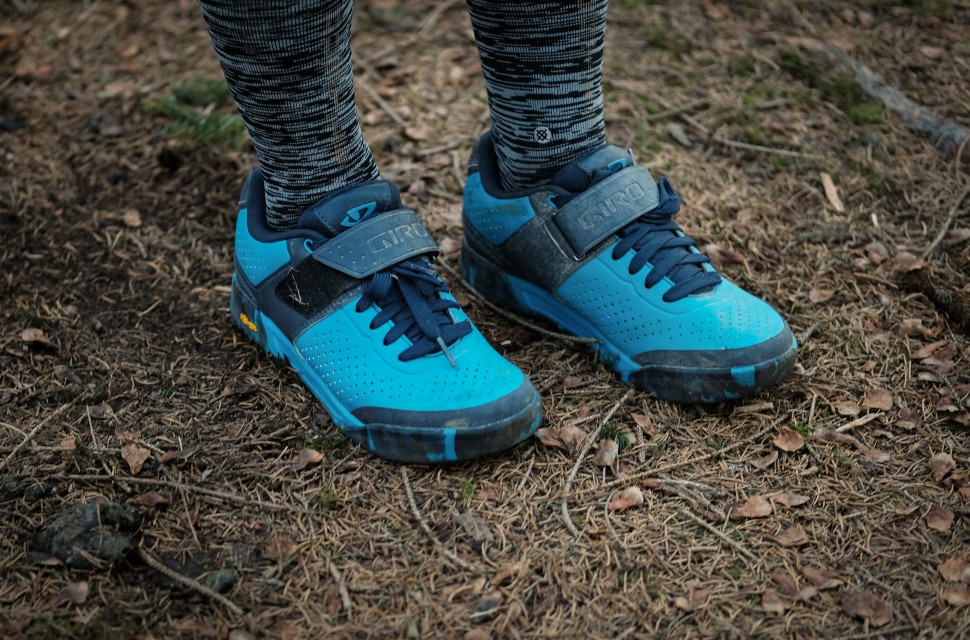 The Giro Chamber II mountain bike SPD shoes are chunky all mountain and enduro SPD shoes that are pretty efficient for pedalling but a thick sole and bulky upper means a less direct connection between pedal and foot.

The Chambers have been recently updated with a new look leaving a fewer number of panels in the upper part of the shoe whilst still retaining the ‘casual’ look. The Chamber II shoes also offer a water-resistant and breathable microfibre upper, due to the bulk of these shoes I found them warmer than competitors such as the Shimano ME7’s but they do fend off much pretty well and are easy to clean up. 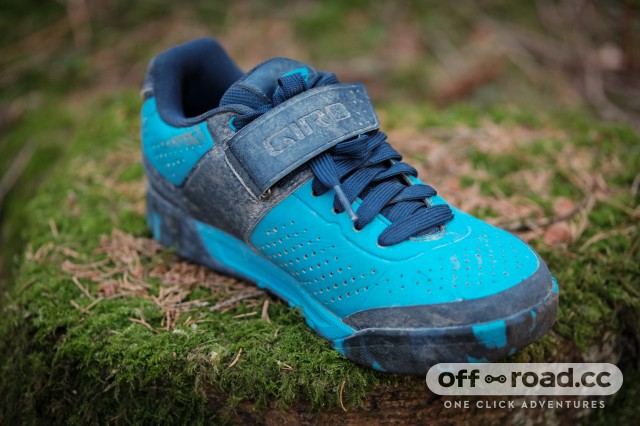 The shoes are secured with laces, which in a world of Boa dials seems pretty old school! Laces are easy to adjust too though and easily and cheaply replaceable. The Chamber II’s have laces are held in place with a Velcro strap which is a little short which looks odd but didn't affect the performance. 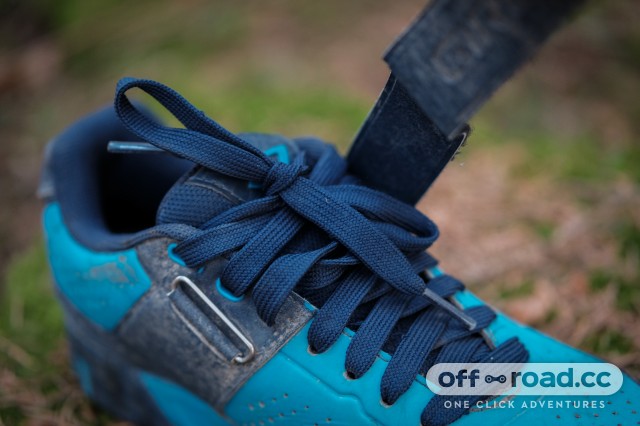 There is a Vibram Megagrip rubber outsole, covered with a hexagonal tread pattern which is pretty grippy when walking and comfortable too. The internal shank has also been updated with a ‘tri-mold’ construction that Giro say optimises stiffness and flex for each zone of the foot. I was surprised by the stiffness of the shoes, they do make for pretty efficient pedalling shoes, they have stiffer soles than you might expect for a shoe with this style. 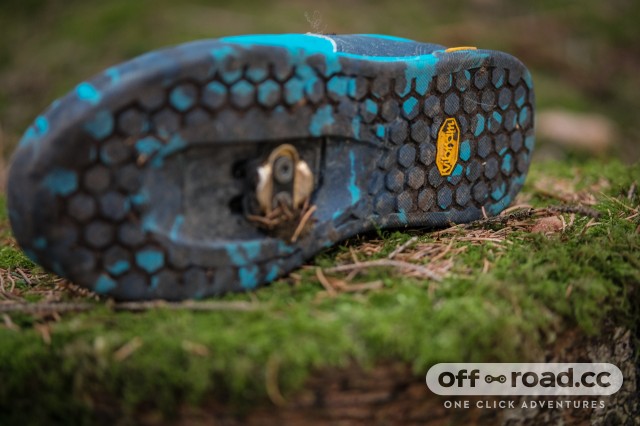 The Chamber II offers a cleat interface with a large range of position options, meaning you can place the cleat setback further toward the middle of the sole of the foot for less fatigue whilst descending. The cleat interface isn’t that wide though, I found I need to put two spacers under the Crankbrothers cleat in order to clip into the pedal without being restricted by the surrounding rubber. 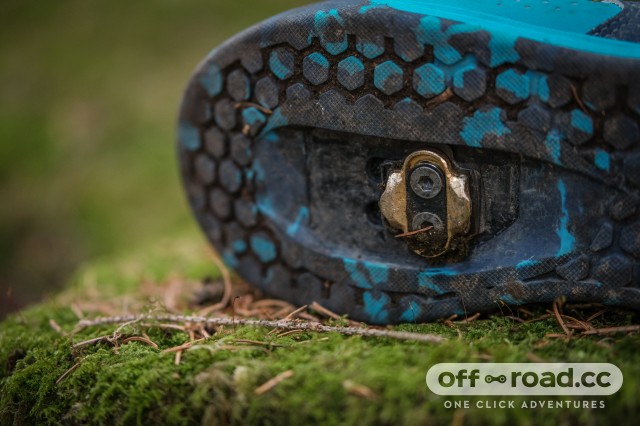 The footbed of the shoe is moulded with an arch support, I found the shoe caused my foot to roll outward and as a consequence, I experienced pain through the outer portion of the sole of both feet whilst on longer riders, something that loosening the shoes or adjusting the laces didn’t help. I consider myself to have regular sized feet in the width department, I tested a size 38 shoe which fitted well lengthways but in hindsight maybe a tad narrow, other reviews of this shoe confirm that testers have sized up compared to the older Chamber shoes. 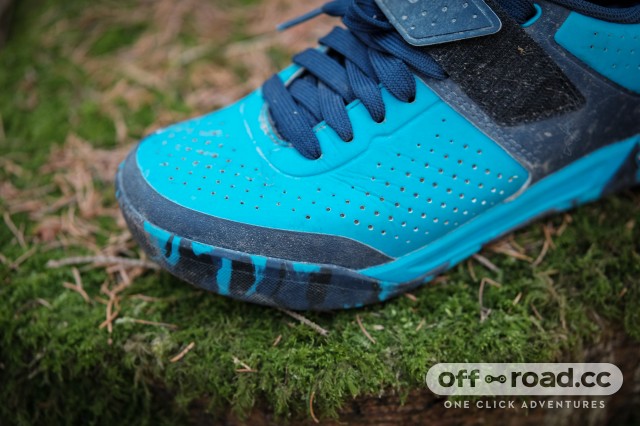 The Chamber II’s are a slightly hefty pair of shoes weighing in at 870g for a size 38 pair without cleats, it's a weight you can feel on the trail. They felt bulky to wear, the tongue and upper portions are heavily padded and whilst this does lead to a sturdy shoe its not my cup of tea. I found this combined with a lack of feel through the sole to be disconcerting when reaching for the pedal. 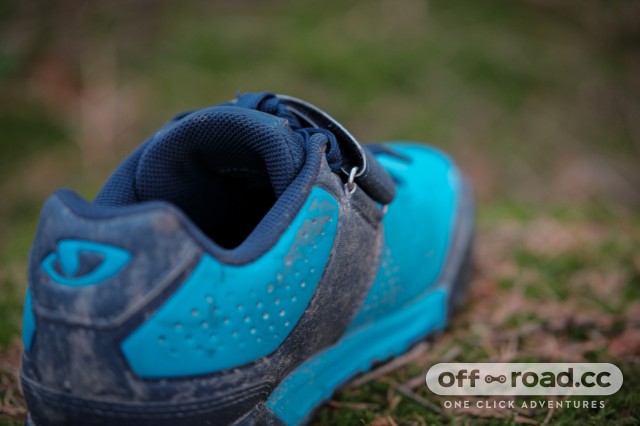 If you like a ‘skate/casual’ style of shoe, want a lot of protection from bumps and scrapes and don’t mind extra bulk then you could be a good match for the Chamber II’s, but if you prefer a more svelte offering you’d better look elsewhere.

At £129.99 the Chamber II's are cheaper than other 'enduro' shoes and whilst they do offer an efficient pedalling platform, these are a shoe better suited to gravity fed riding where I’m sure the style will be appreciated and the thick sole and extra padding won’t be an annoyance.