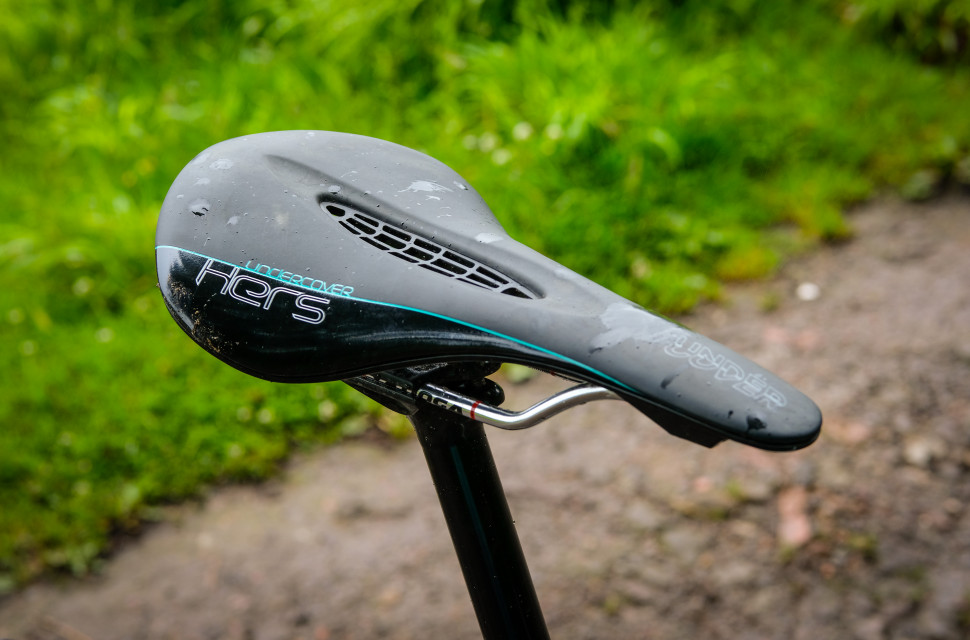 Rachael Wight
|
Jul 15 2019
|
Overall
Quality
Performance
Value
What's good?
What's not?
Buy if...
you like a wide flat saddle with a small shallow cut out

The Tioga Undercover Hers is the women's version in the brand's range of men's ladies 'Undercover' mountain bike saddles. Like the other saddles, this female version uses a carbonite SpyderWeb base structure wrapped in a sleek package. If you don't mind a wide saddle then the Undercovers Hers is a flexible yet supportive saddle with no unnecessary bulk.

I tested the version of the saddle with hollow CrMo rails which comes in as the heaviest and cheapest in the three saddle range. I weighed it as 250g which is about average for an £80 saddle. Buy the Ti railed version and you'll save 55g but spend £120 and buy the carbon rail version which only weighs 160g but costs a whopping £170.

The saddle is designed for riding both in and out of the saddle and as such is aimed at trail and cross country riders. It's long and slim with a dropped nose and has quite a flat profile which I like, my other favourite flat saddle is the women's Fizik Luna X5. 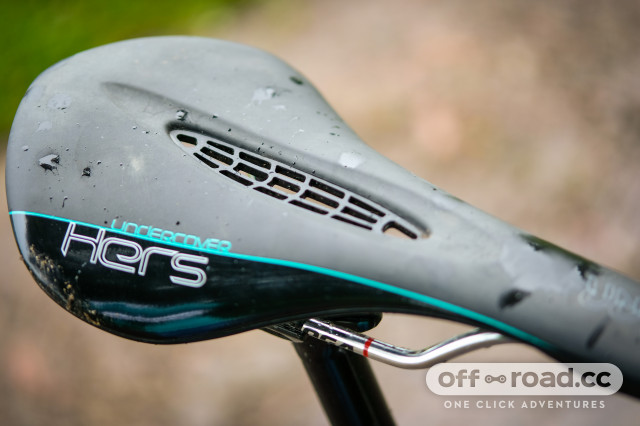 There is a SpyderWeb base made from Tioga's proprietary material which is a lattice style base that is designed to act as a suspension component to cushion impacts and high-frequency vibrations whilst using minimal padding on top of it. There certainly isn't much padding, the saddle is constructed from the base SpyderWeb structure, then there is a thin Bio X-Pad ReActiv shaped to suit the body, proving more or less cover in certain areas. There is more padding above the rails where the saddle is less flexible and more in the perineal region to help blood flow, but less under the sit bones where there are more fatty tissues are found naturally, an area that is capable of sustaining body weight. The saddle is then topped by a hardy and robust covering which is easy to clean and pretty slip resistant too. 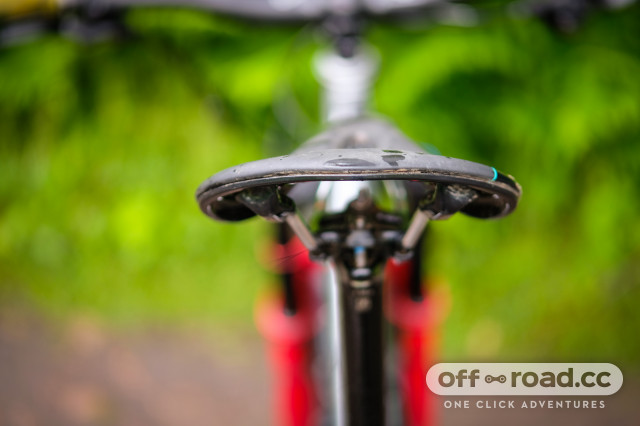 The Bio X-Pad ReActiv pad found here is one of two on offer from Tioga, the ReActiv pad is an open cell foam that is sofer than the SL pad which features closed cell EVA foam that is denser but lighter and rebounds faster. The SL pad is found on the two more expensive Undercover Hers saddles.

The sleek shape of the saddle is long but rather wide at the rear, 155mm not 140mm as it says on the Tioga website. There's a shallow cut out which Tioga says due to the spring-like structure is designed to compress upon impact, the middle part of the Undercovers Hers Saddle is pretty flexible when force is applied, when seated it does depress and rebound with your movement but on a full-suspension mountain bike you won't necessarily feel it, it'll just happen in the background to keep you comfortable. I did hower feel and appreciate the flex in the wings of the saddle and along the nose as I pedalled, partly appreciated as I found the 155mm width a little too wide, I'd love to try this in a smaller width, which unfortunately is not available. I'm also not convinced that the cutout, which when filled with the SpyderWeb base is pretty firm, but that said the concave shape it creates is certainly desirable over a convex one. 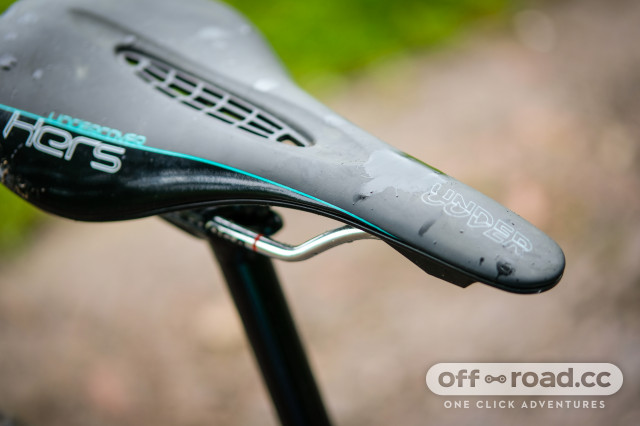 Prior to this saddle I had a Undercover Stratum to review where the carbon rails stated to creak three weeks into the test. Although these rails are a different material there have been no such problems with this saddle over a much longer period.

The Tioga Undercover Hers saddle is best suited to a rider who likes a wider, flat saddle, the flex and the padding used prevents pressure build up but personally, I found the saddle a little wide with uncomfortable sit bones and the beginning of chafing. Saddles are a personal choice though and at the moment, by comparison, the soft yet supportive Specialized Power Expert Saddle with MIMIC tech that I've been using recently is proving both a better fit and does a good job of vibration damping too, albeit in a different way. At £80, the Undercover Hers CrMo is good value and full of innovative tech and it's great to have another quality choice for women on the market. 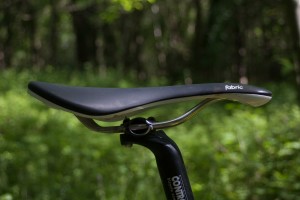 Renthal grips, Shimano pedals, a Passport keg,
Your weekly update on the coolest kit and content on the site
Feature