Skip to main content
Log In Register
Specialized Gambit helmet review £295.00
Ticks all of the boxes for a light enduro full facer, though the straps seriously need rethinking 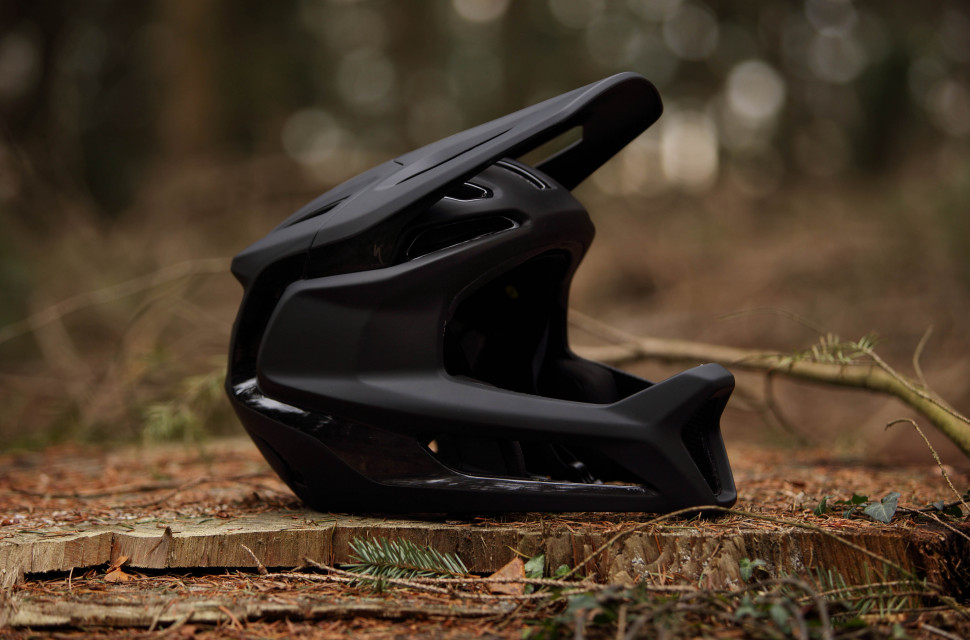 Liam Mercer
|
Jan 2 2022
|
Overall
Quality
Performance
Value
What's good?
What's not?
Buy if...
You're after a very light, very breezy full facer and the straps work for you

The Gambit is Specialized’s freshest entry into the lightweight full-face helmet market. It’s massively breezy and is close to market leadingly light, although its straps drastically affect the helmet’s overall comfort.

The Gambit from Specialized is a helmet built to take on the likes of the Endura MT500 Full Face in a bid to be the lightest DH-certified full-face helmet on the market. To do so, Specialized has given it a carbon fibre shell that’s combined with a polycarbonate backing and fived pieces of targeted density foam to keep the weight low. The medium Gambit on test weighs 646g, six grams heavier than claimed. 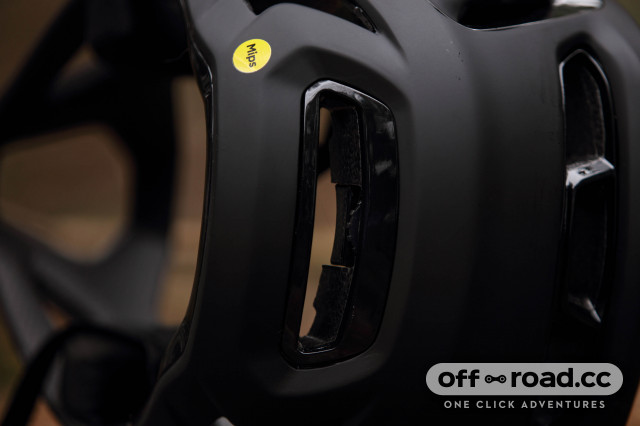 The Gambit is kitted with the brand’s Integrated Fit System that’s said to accommodate variations in head shape and occipital base. At the chin bar, there are four positions to plant your cheek pads to further refine the fit, and in the box, there’s a set of thicker pads. There’s an adjustment for the occipital base, too, allowing you to adjust the angle of the helmet to accommodate eyewear.

As to be expected from any helmet over the £100 mark, this one gets rotational impact protection, this time coming in the form of a very well hidden MIPS SL cradle. Though on this helmet, it’s backed by an exclusive to Specialized perforated backing that’s said to reduce moisture and to increase breathability.

Like Spesh’s recent Tactic 4, the Gambit gets a fixed visor with a breakaway feature. As for vents, there are 18 reasonably sized ports dotted at very useful locations. They work seamlessly with the Integrated Fit System and do away with a lot of the padding that you’ll find on a more conventional full facer.

That’s not all in terms of ventilation either. Specialized has made use of a Computational Fluid Dynamic design to help the helmet suck in as much air as possible. That’s then aided by internal channelling to guide air over and around the head. There’s also 4D brow cooling which ensures a gap between the helmet and forehead to further encourage air to pour into the helmet. 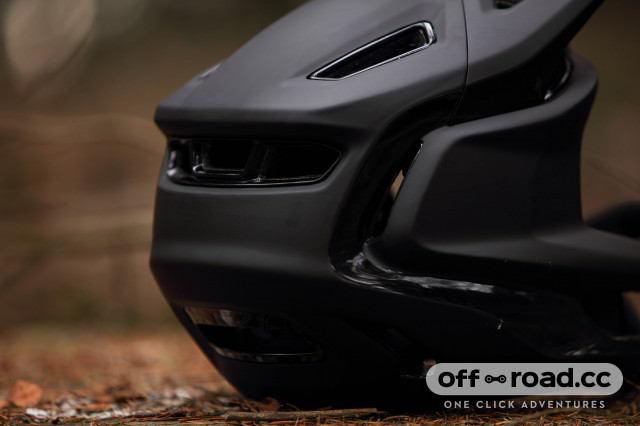 And breathability, I think, is the stand-out feature of the Gambit if you ignore its weight for a second. The airflow on offer rivals even open-faced helmets with the sheer air volume it scoops up and pushes out. It’s so efficient that it’s convinced me on a totally still day that there must be some serious wind blowing, regardless of the motionless trees.

Yes, it does get a little sweaty under the lid, but for me, that’s the case with any helmet. Still, very few, if any, have managed to keep me as cool as the Gambit. That includes open face helmets. 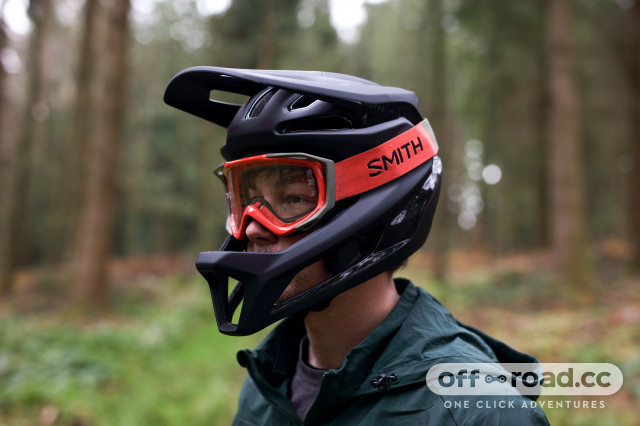 A point that's often overlooked is physical breathability, as in; does the chin bar impede breathing at all? Thanks to the Gambit's almost excessive venting around the chin bar, the helmet has never felt claustrophobic, and breathing has remained as free as it can be. Even with all the venting and its serious light weight, the Gambit is certified to ASTM DH (1952). With that, it's ripe to be thrown down some pretty gnarly stuff.

So, airflow is akin to an open face helmet, but as you may have guessed, the fit system isn't a stone's throw away either. Like almost every open face helmet on the market, you simply turn a dial to achieve a secure fit; fatter cheek pads are included to tune it further. That results in a full-face helmet that feels very familiar to an open face, something that can be very attractive to those who rarely ride fully suited up. 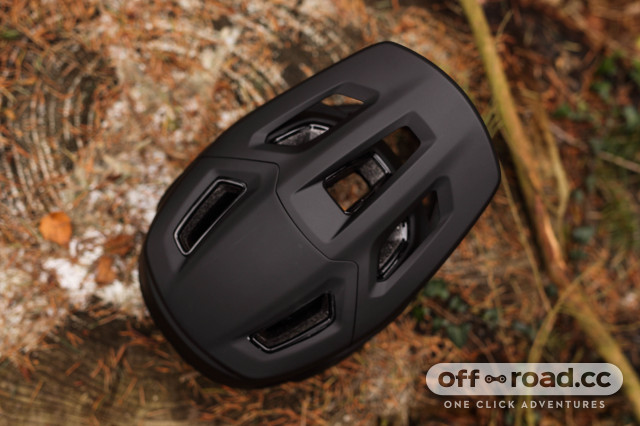 To start with, I felt that the helmet wasn’t hugely stable, even with the retention properly cinched up. That was until I got playing with the occipital adjustment. I set it lower on the head, and I was rewarded with a perfectly stable helmet. Stability was only improved, as expected, with goggles in place.

Compared to full facers that rely on friction and different sized pads for fit adjustment, the Gambits padding is pretty slim. Still, thanks to its impressively lightweight, it’s proven to be surprisingly comfy. Though, it’s not as lusciously comfortable as my favourite full-face helmet, the Smith Mainline. 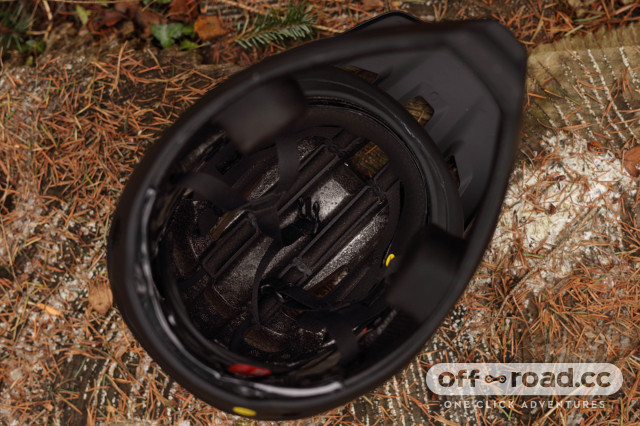 There has clearly been a lot of thought into the design of this helmet, but there’s one point that feels very lacklustre and more of an afterthought. That point is the straps.

Often, on helmets with a similar strap setup, there’s a pair of dividers, allowing a rider to adjust where the straps sit around the ear. To the Gambit’s rather significant fault, there’s no such adjustment; rather, the sewn-in strap division sits over the cheek. They’re simply missing adjustability and, with this kind of helmet, I can see what Spesh was aiming for (a more comfortable strap), but unfortunately, they really harm the comfort of the Gambit. 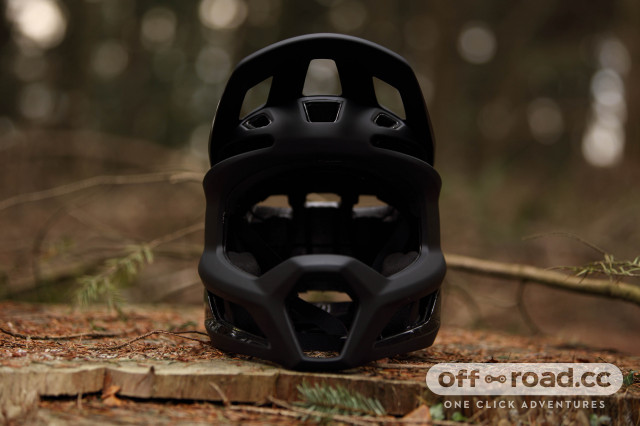 This means that for me, at least, there was no comfortable place for the straps to fit around my ears. I’ve either had to compromise and have the straps sat over my ear or try to wiggle the helmet around enough so the straps find their way around. Still, both of these are pretty uncomfortable. The latter, especially, forces my ears into some yoga-esque arrangement that definitely didn’t chill me out.

The most comparable helmet to the Specialized Gambit that I’ve tried is the Endura MT500 Full Face that I mentioned before. Like the Gambit, it comes with an open face style retention system, but it sheds six grams, making it the lightest full-face helmet on the market. However, it’s seriously hampered by its sub-par airflow, and it’s not as comfortable as the Gambit, even with the dodgy straps. But Endura’s offering will set you back £190. 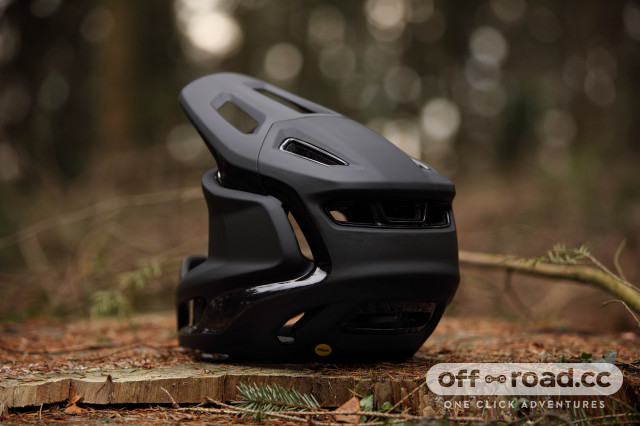 Another option is the 100% Trajecta. Like the Gambit, it encourages a good level of airflow, but it's pretty weighty in comparison, weighing in at 860g. Its shape is also quite specific, as it didn't work for my oval-shaped head. It is significantly cheaper though, at £230. It also comes with a D-Lock fastener and much more comfortable straps.

The Specialized Gambit is a full-face helmet that I really wanted to like. I'm a big fan of its looks, its massive airflow, and of course, it's pretty damn light. If it weren't for the lack of adjustability in the helmet's straps, the brand would have absolutely nailed it. If you're looking for a super lightweight full-face helmet with DH certification, open face-like adjustment, and mega airflow, the Gambit firmly fits the bill.