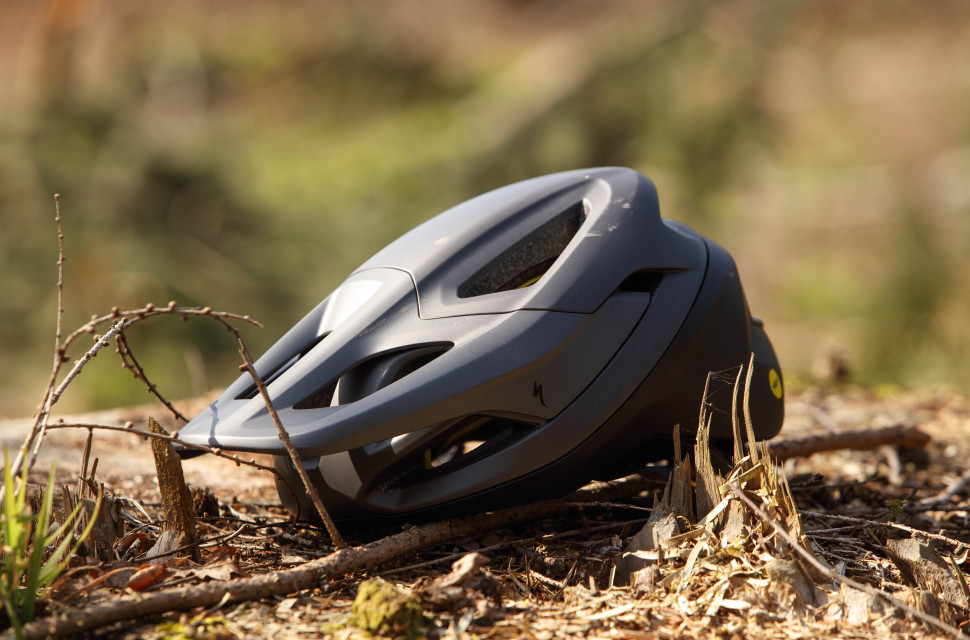 Liam Mercer
|
May 7 2022
|
Overall
Quality
Performance
Value
What's good?
What's not?
Buy if...
You want quality and don't want to spend too much

Pinching the name from the brand’s budget-friendly full susser, the Specialized Camber is the entry-level lid in the brand’s recently completed helmet range. It offers value for money, a high-quality build, decent comfort and MIPS, though it is missing an adjustable visor.

As well as filling the entry-level role, the Specialized Camber is a helmet that’s designed to suit a range of heads thanks to an impressive range of sizes from XS to XL. The Camber brings a raft of trickled down features from the brand’s spendier lids, to a very welcoming price point. 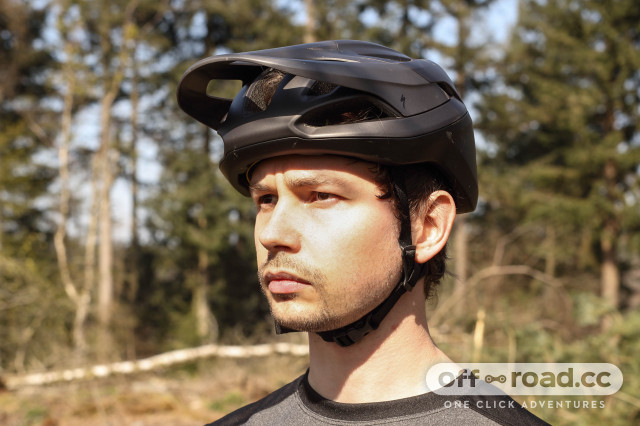 What’s great to see at this price is the In-Moulded shell that fully wraps around the rim meaning there’s little foam on show. Built into the shell is Spesh’s 4th Dimension Cooling System which is just a very fancy way of naming the 13 vents and channelling cut into the interior that’s designed to allow air to flow around the head.

Speaking of the interior, it’s rather bare inside in terms of padding, but there is a MIPS cradle which is great to see at this price. There’s also Specialized’s Headset SX fit system, allowing the helmet to fit heads from 55-59cm in this medium size. Further aiding the adjustable fit is a Tri-Fix web splitter on each strap. The Camber can also accommodate Specialized’s ANGi crash sensor too. 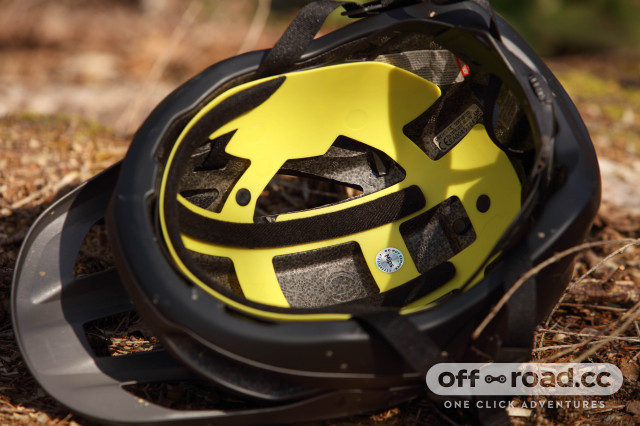 While it adds to the Camber’s sleek aesthetic, the integrated visor isn’t adjustable. Thankfully, it doesn’t interfere with the line of sight, but as it’s fixed, it can’t be tilted to keep sun or rain out of your eyes. However, this feature is the same for the whole of Specialized’s helmet range.

With all of the specs out of the way, the Camber carries a build quality that’s not often found on a lid of this price. As mentioned before, the shell wraps around the rim of the helmet keeping the foam from becoming dented. 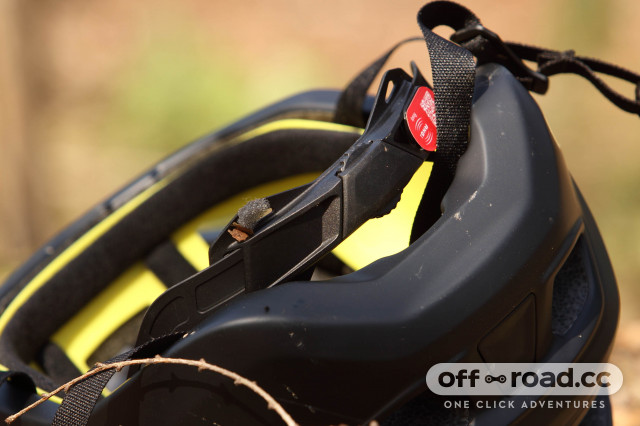 It’s a comfy lid regardless of its minimal padding. The padding that is there works very well, creating cushy points where it’s needed the most.

Specialized has been very wise with the venting built into the Camber. It would have been easy to cut big vents into the foam but that would only do so much without the channels. Airflow at slow speed, while definitely present, could be a little better but for the asking price, that’s more than forgivable. It would be nice to have bigger vents on the sides too, just to catch some crosswinds during toasty climbs. 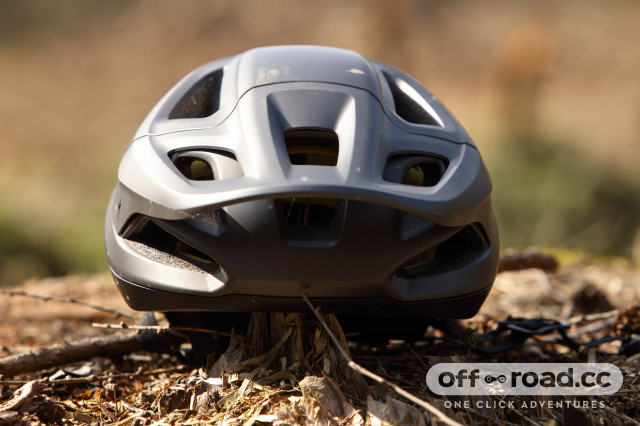 When the speeds get going though, the vents at the front of the lid swallow a noticeable volume of air, keeping things very cool.

What Specialized has managed to pack into the Camber for just £70 is pretty impressive. Helmets that offer a similar level of luxury often come in at over the £100 mark, such as the Alpinestars Vector Tech Pilot. It comes with many of the bells and whistles found on the Camber but it’s 20g heavier. However, at £135, it does come with an adjustable visor. 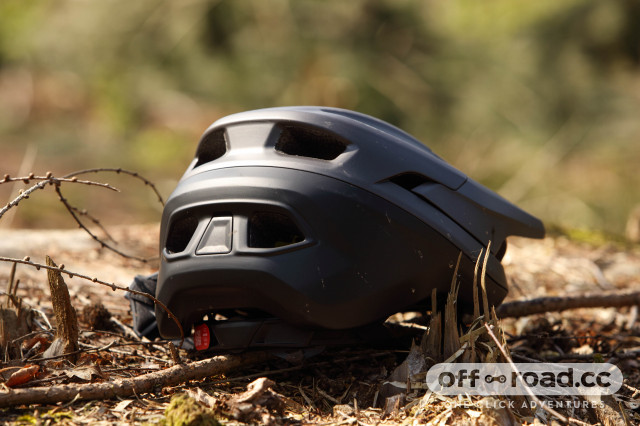 At £90, 100%’s Altis, the cheaper sibling to the Altec, offers better ventilation at a lower weight, but the build quality is not near as impressive as the Camber's.

If you’re looking for a quality helmet on a near shoestring budget, the Specialized Camber fits the bill. It’s comfortable, reasonably well ventilated, and it looks rather slick. There's very little to complain about for the asking price, but it would be made even better with an adjustable visor.

Specialized says, "Riding is for everyone, so we created the Camber to provide a dialled fit for rippers of all sizes, from kids on up. The Camber comes equipped with all the comfort, style, and ventilation to make every ride a joyride."

Camber earned the highest 5-Star Virginia Tech® Helmet Rating™ from internationally renowned Virginia Polytechnic Institute and State University. The MIPS system is a low-friction layer that allows a sliding motion of 10 to 15mm in all directions. Studies indicate that this reduces some of the rotational forces transmitted to the brain during angled impacts. With x-small to x-large options spread across five unique shell sizes, the Camber eliminates excess bulk to deliver a comfortable and streamlined fit to a full range of riders. Easily-adjustable, one-size Headset SX fit system with adjustable Tri-Fix web splitters delivers an easy and accurate fit. 4th Dimension Cooling System optimizes ventilation. In-molded shell improves strength and reduces weight. This helmet is ANGi ready, with a fit system mount designed for easy integration with our ANGi crash sensor. Average weight: 370 grams (medium).

Built very nicely. Feels solid and comes with a quality usually reserved for helmets of £100 plus.

Great performance for the cash. An adjustable visor wouldn't go amiss though.

It's weightier than some, but not the heaviest out there. Good for the price.

No complaints here at all.

It's impressive how much Spesh has packed into this lid for the money. It's built very nicely and performs similarly to much pricier helmets.

The Specialized Camber is an excellent helmet regardless of its low price tag. It's built with a quality often found on more expensive helmets and it performs very well in terms of airflow and comfort.