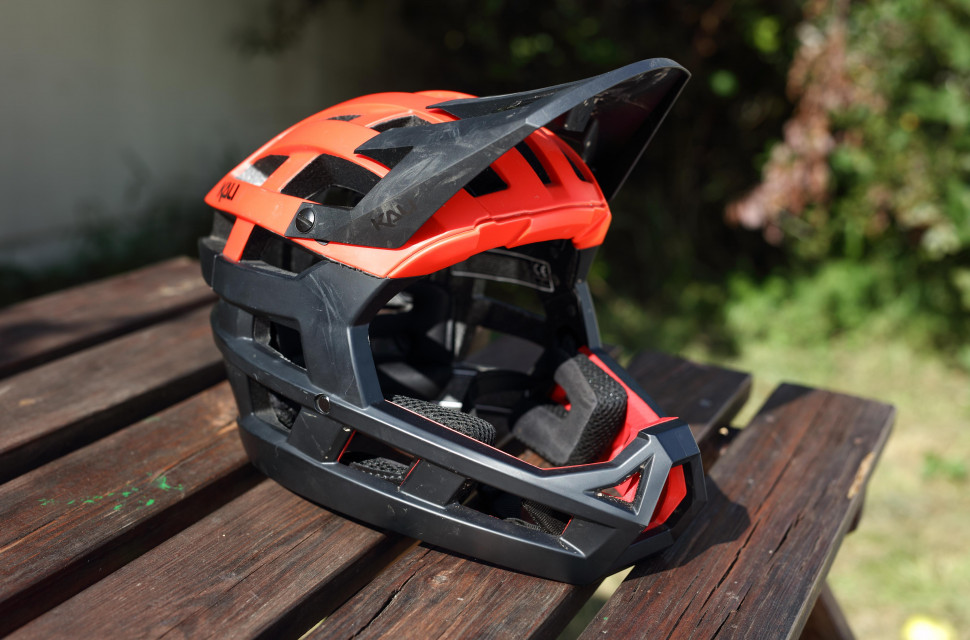 The Invader from Kali Protectives is a lightweight, trail focused full-face helmet. It’s super light and airy, but it’s not the most comfortable thanks to scratchy feeling pads and isn't certified to the higher full-face testing standards, unlike pricier rivals.

The Invader features in-moulded unibody construction and comes with a selection of antibacterial pads to tailor the fit. Keeping the helmet on your noggin is a simple to use magnetic Fidlock closure.

It benefits from Kali's Composite Fusion and Low-Density Layer (LDL for short) tech. The former is the firm's name for in-moulding, which merges the foam liner and shell permanently for a smaller, stronger, and lighter structure. LDL is a pliable layer with the main aim of putting a softer material closer to your head. The small volcano-shaped nodes are said to act in a similar way to MIPS, offering rotational impact protection. 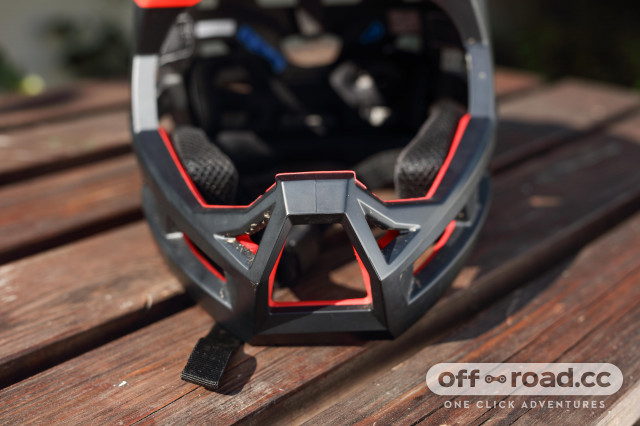 The Invader is more a heavy trail lid than all-out enduro hat, but that’s not to say that it can’t be used for racing. Its focus is on being as airy as possible while providing useful extra face protection. It's worth noting that the Invader is not certified to any of the full-face helmet standards that test the chinbar deflection, such as ASTM 1952 DH, just the open-face CPSC and EN1078 standards. 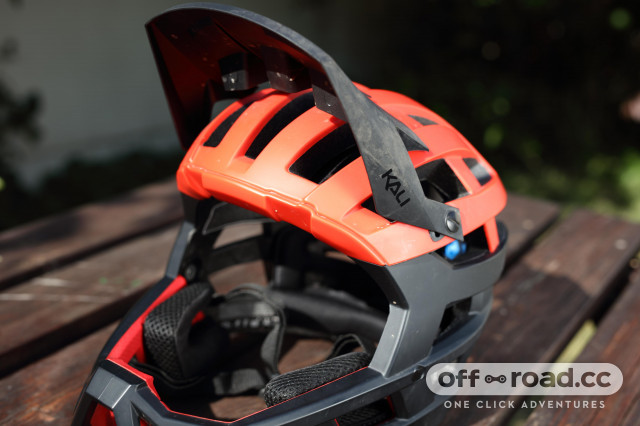 Pop the helmet on and it’s very… hard. The cushions aren’t very cushy – they're scratchy and there’s very little between your skull and the foam. However, once up to speed the absolute ton of vents become the dominant feature, and its hardness is forgotten. Mostly. 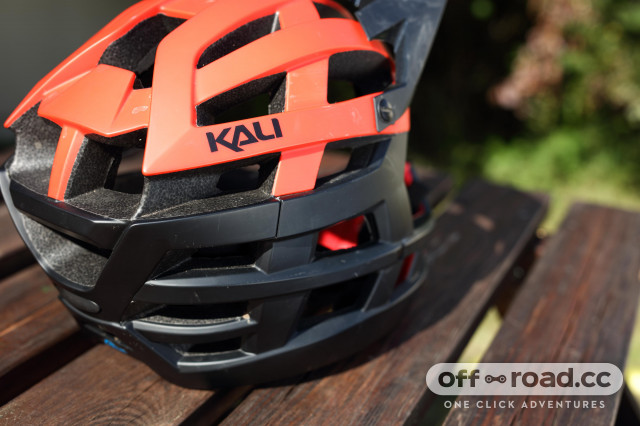 For airflow, it's extremely competitive with the IXS Trigger FF, and it may even be airier. It’s very competitive on weight, too, at a measly 640g. A very handy touch is that Kali offers a lifetime crash replacement should the worst happen. 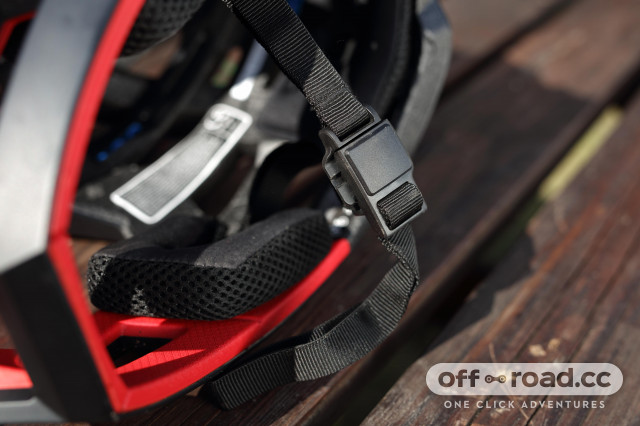 When it comes to its price the Invaders £170 tag makes it one of the cheapest full facers out there, but there's some strong competition under the £200 mark from the likes of the solid Leatt DBX 4.0 V20.1 and the IXS Trigger FF, though both of those are rated to the aforementioned DH standard. 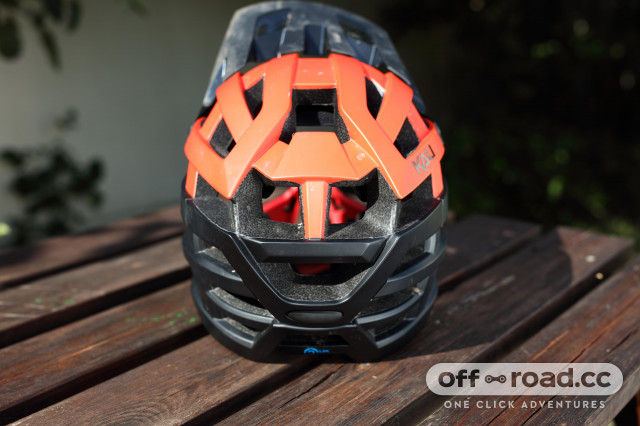 If you’re just looking for an extra bit of protection for your everyday rides, the Kali Protectives Invader fills the role. It’s very breezy and super lightweight, but it’s not very comfortable and feels fairly cheap – especially against its enduro-focused competition.

[This review has been amended to reflect that LDL is not a D30 like material and aims to reduce injury from rotational impact. We apologise for the error]