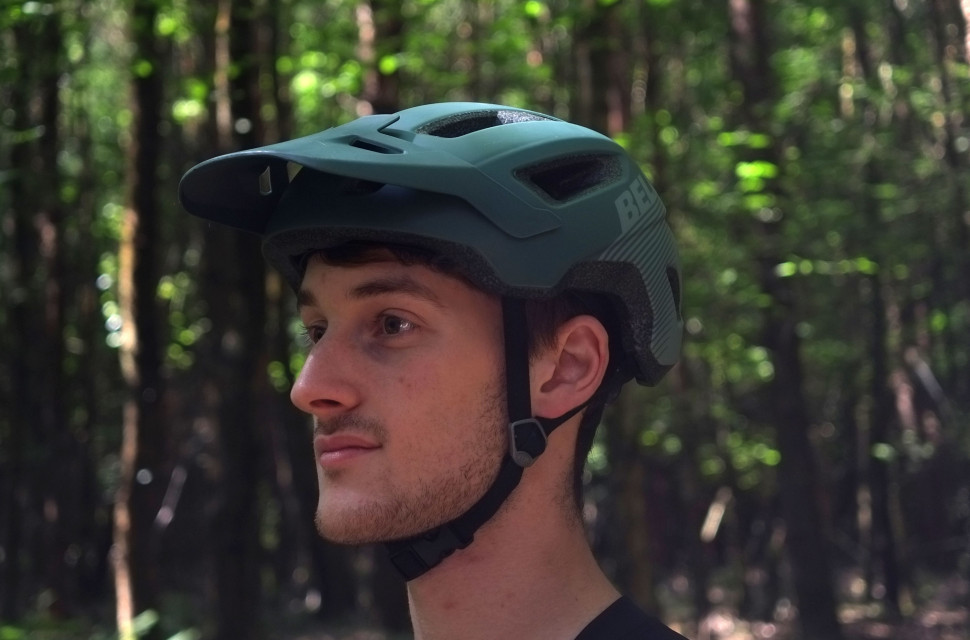 Unashamedly aimed as a first-timer helmet, the Bell Nomad is a smart and functional lid for not much money, with up to date styling, clean looks and decent vents. Even without the MIPS option on this model, it’s a great first lid choice.

First of all, I think its a great looking lid, with a decent-sized peak, and vents that actually effectively channel air well through the lid, coupled with the decent lower rear of the head coverage.

I found the one size fits all to be great for the middle range, but some people found it a little oversize and a little undersized (not exactly surprising perhaps). It’s definitely able to fit most sized heads, but if you want it to look right proportionally, you may consider something else.

It’s got a fairly simple feel, which is ok for the price, and perhaps a slight overall lack of finesse or refinement, but appropriate for the price range. The chin strap is solid and reassuring. The chin adjusters are decent enough, but sometimes don’t always stay in place -  they moved a little too often for me.

There is a decent level of padding, with more supplied for smaller heads, but I did find they soaked up  to a point and then would basically flood, and you’d get runs of sweat at times - it has to be mentioned it was on a prolonged climb and a hot day, although there were a few other occasions where it happened.

I was pleasantly surprised by the price of this helmet, it's got the look and feel of a pricer one, but a few things are compromised on, but nothing that's a deal-breaker. The main thing is the lack of all-round plastic covering on the base, which can result in dings and pressure deforming. It just means you need to be mindful of it, which with a beginners lid, isn’t the best thing. 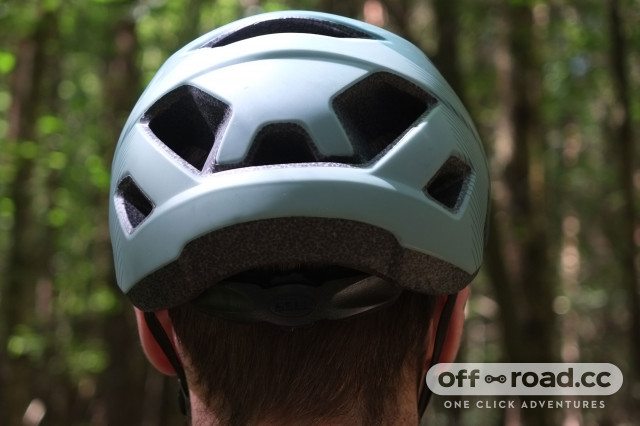 Despite this, it's been pretty hard-wearing, the underside notwithstanding. The visor is decent-sized as mentioned; handy for hiding behind in bad weather or from trail foliage that strays over the track. It’s also removable if you feel that is required - I never did.

Out riding, the helmet is perfectly adequate. It's not very heavy, it's well made, and looks good - and as mentioned, it's priced well. It's one of the best helmets I’ve ridden at the lower end of the spectrum, whilst it lacks the refinement of other, higher-priced models, it is a great entry-level lid. If you have the budget, the MIPS version is worth a look at for added security in a crash.